Much as I love the friend I took with me, I’ll admit it still felt slightly awkward to be heading to pretty much the most overtly-romantic restaurant in Leeds for not-a-date. Luckily any hole created in my poor lonely heart by my other half’s jetting off on holiday was easily filled by food; like an upmarket version of scoffing cut-price chocolate hearts on February 15th.

On appearance, Kendell’s is French in that slightly gaudy way that wouldn’t be out of place on Disneyland’s It’s A Small World ride, and comes paired with a menu that reads like the index pages of Larousse Gastronomique. Initial concerns that a traditional menu would fail to excite my hipster sensibilities were banished as soon as I dipped that first hunk of warm pain into soft, salty butter.

It’s a breath of fresh, if slightly garlicky, air

The atmosphere is the absolute antithesis of the stripped back, Scandi industrialism of contemporary Leeds restaurants; endless candelabras, fairy lights and the air filled with the sound of accordions and sultry cabaret singers with accented vowels in their name transport you into Kendells’ own little world.

It’s a breath of fresh, if slightly garlicky, air and I’m about ready to apply for citizenship. The only mood killer? People using their iPhone torches to read the menu… when candles are your only light source it’s seductive and sensual, perfect for footsie with pudding, but potentially tricky to read the menu if, like much of their target demographic, you’re over 35. 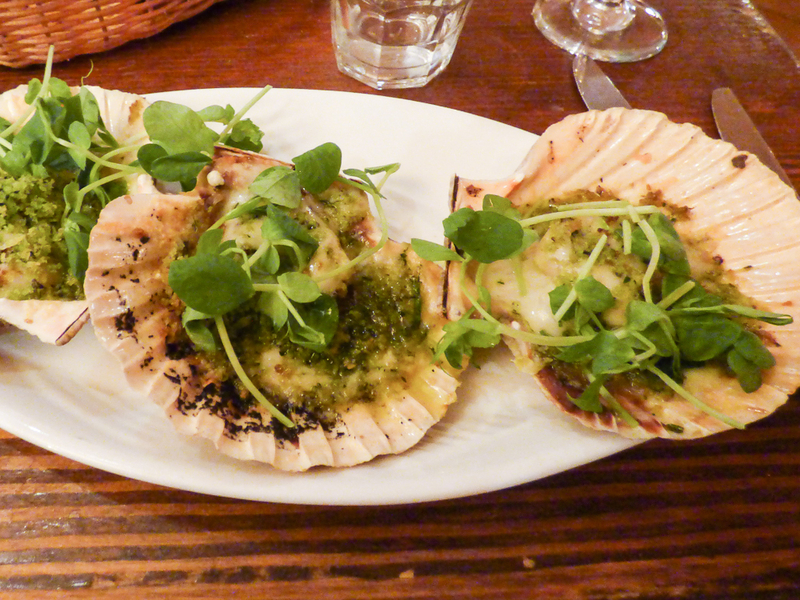 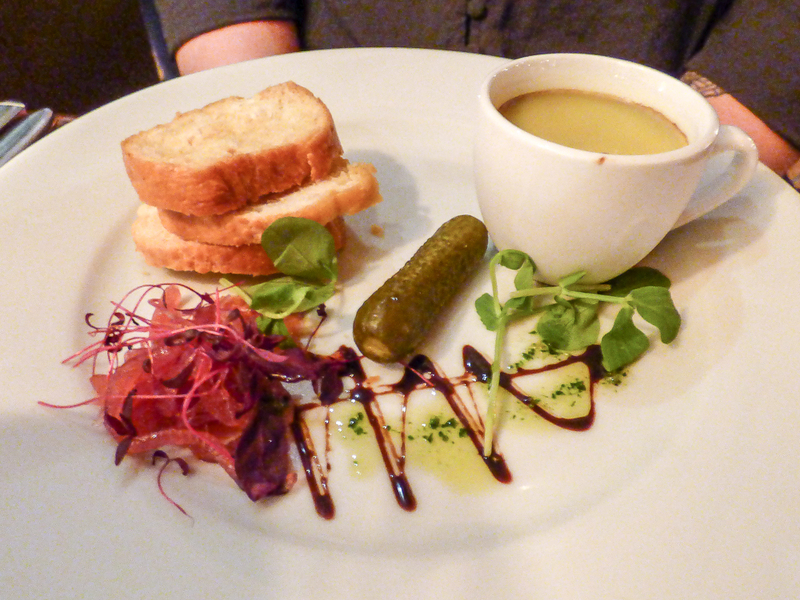 My starter of Coquilles St. Jacques was hot, herby, and delicious – beautifully cooked scallops smothered in melty gruyere cheese, with the roe still attached - which is always a bonus in my eyes. The only trouble is as the shells they’re cooked and presented in retain enough heat to nudge them into slightly overdone territory by the time you get to the third one.

My not-date went for Parfait De Canard – rich and smooth as a Monte Carlo casino-owner, and somehow tasted like Christmas – probably the addition of the Cointreau, though it wasn’t overtly boozy. Sadly though it fell prey to that ever-prevalent issue with such dishes – lack of toast. Restaurants everywhere please take note: think how much toast diners will need with their order of parfait, got it? Right okay - double it. Now serve that. 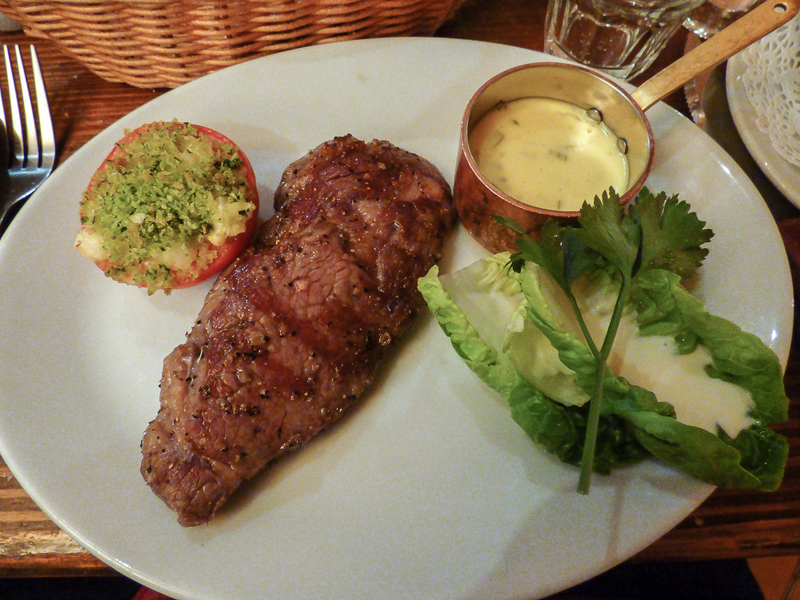 Steak is one of those simple, nowhere-to-hide tests of a chef’s abilities – often under-seasoned, over-done or both, so being the critic I am I sometimes order it to test them. Though not quite the best steak I’ve had in Leeds (Cau, just FYI) my Sirloin was scorched on the outside, the tender salty goodness it should be inside. Béarnaise was a little cold by the time I got to it, but delicious nonetheless, and chips were roast potato-chunky with a contrast between outside and in that comes from a good frying. A couple of veggie sides were pleasant enough but not necessary. Once again I over order, shocker. Will I ever learn? (Spoiler alert – I will not). 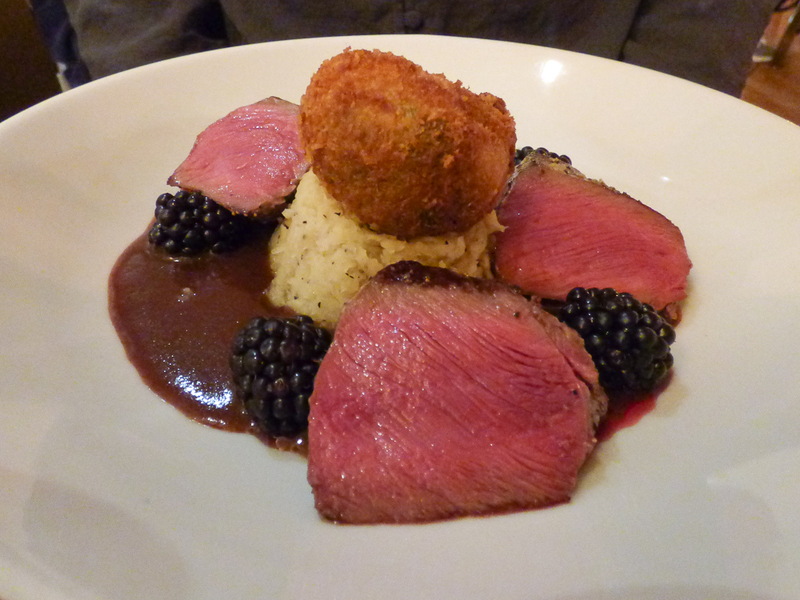 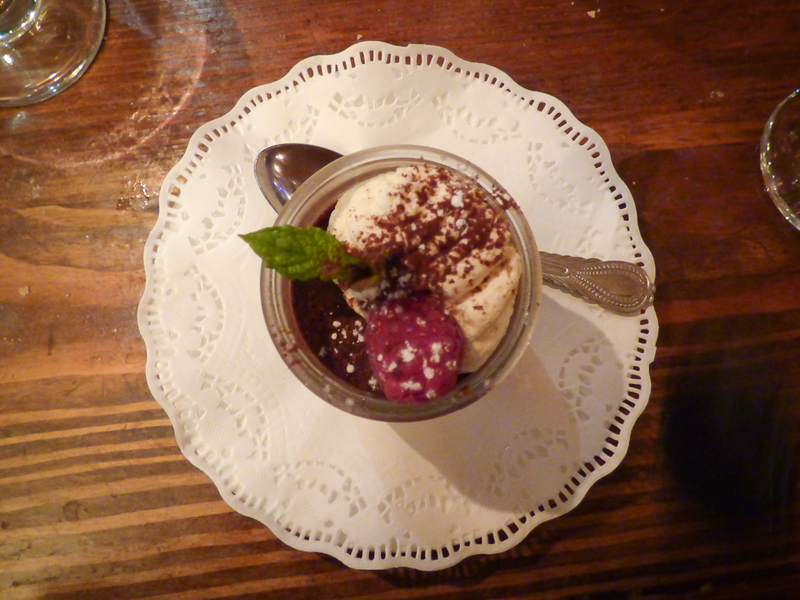 Despite satisfied with my steak, I was hit with food envy when venison appeared across the table; so luscious and pink that it could have been revived by a good vet, exactly how I like my meat. Paired perfectly with the dark pools of rich bitter chocolate sauce, not to mention the golden beauty of the ox cheek croquette, it was the best thing we ate all night, and that’s really saying something. The celeriac was a bit salty, but if that’s the worst thing I can come up with about a dish you know it’s good.

Despite swearing we’d never eat again just minutes before, we ordered dessert. Sorbet for her as a light choice, pot au chocolat for me because reader, I am no quitter. It was the real deal of chocolate mousse – unctuous and just the right level of bitterness, if a little shy on the Cointreau

This place is just full to the brim with happiness, a place to celebrate anything and everything, and the staff are all about celebrating the celebration, offering complimentary champagne on arrival, a courtesy they extended to us, but my not-date’s new job meant we’d beat them to it. Even then they were determined not to let us miss out, bringing us a very welcome snifter of complimentary brandy, pre-dessert. 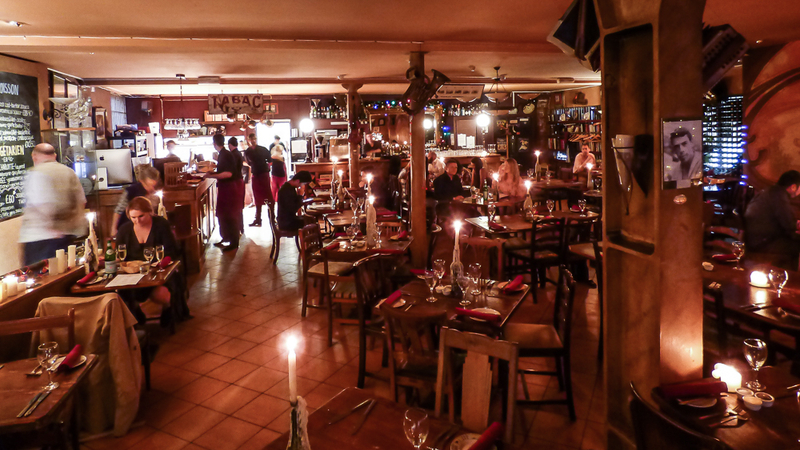 Kendell’s is regularly featured on lists of ‘best places for a first date’ or ‘most romantic restaurants in Leeds’, with an inference of “never mind the food, this is just a pre-amble to getting laid”. I’m very happy to say that isn’t the case here, Kendell’s may be a bit kitsch, but it’s consummate restaurant with a kitchen staff that know what they’re doing. There’s no denying that it’s a proper old fashioned date spot, but with the food to back it up.

The love in the air was so strong, I even had my dinner companion come back to mine for some wine and a movie (Julie & Julia to continue the French theme) but with so much rich food coursing through my veins I fell asleep in front of the TV… I may not be the best date, but at least I did pay for dinner.

For fans of: L'amour, Édith Piaf, and er, Café Rouge