"Here for a good time, not a long time" Holy Mountain review

We might not have a Hard Rock Cafe or vanity project/retirement contingency establishments like Marky Mark’s “Wahlburgers” chain, but there’s a very distinct crossover between Leeds food and music.

Just off the top of my head, Laynes, The Brunswick, and Leeds Indie Food are all ventures from people significantly involved in the scene in one way or another. Before Bundobust & Bradford beer house The Sparrow, Marko Husak was booking the likes of Florence Welch and The XX to play local low-capacity venues.

The same goes for some of the team behind Belgrave & Headrow House. Speaking of which, back when the idea of putting romesco with grilled cauliflower was a twinkle in his eye, Ox Club’s Ben Davy was a funk-metal frontman; he may or may not have worn dreadlocks at some point. 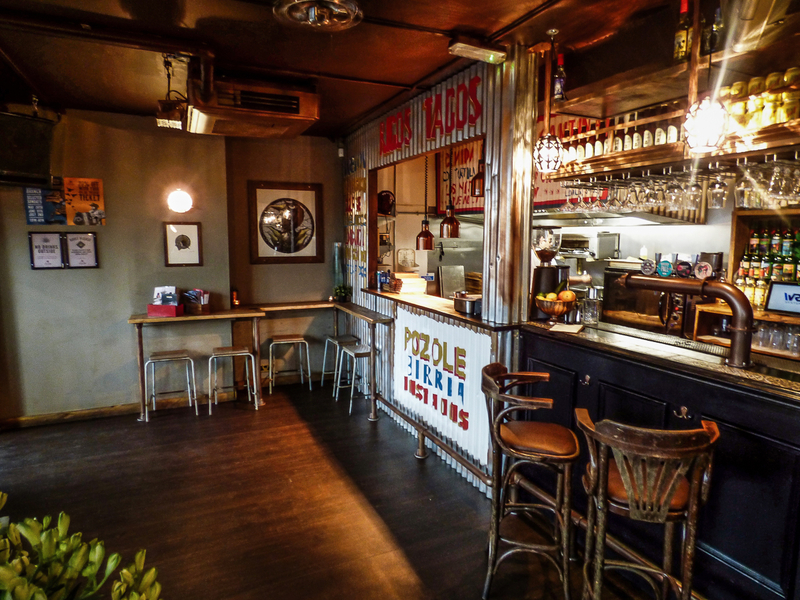 I've not quite worked out the reason for this crossover. The musician's lifestyle is fairly nomadic, maybe food is a way of sharing things they've experienced along the way? Is this how the fierce spirit of independence manifests itself once you start pushing thirty and go off the idea of sleeping in a van with eight other blokes? Perhaps they’re just naturally drawn to professions where risk is high, pay-off tends to be low, and dick-headed critics trash months or years of blood, sweat, and tears in just 800 words and an out-of-ten.

Whatever the explanation, The Holy Mountain - which treads the line between pop-up, supperclub, and mobile kitchen - serves as another example of this symbiosis. 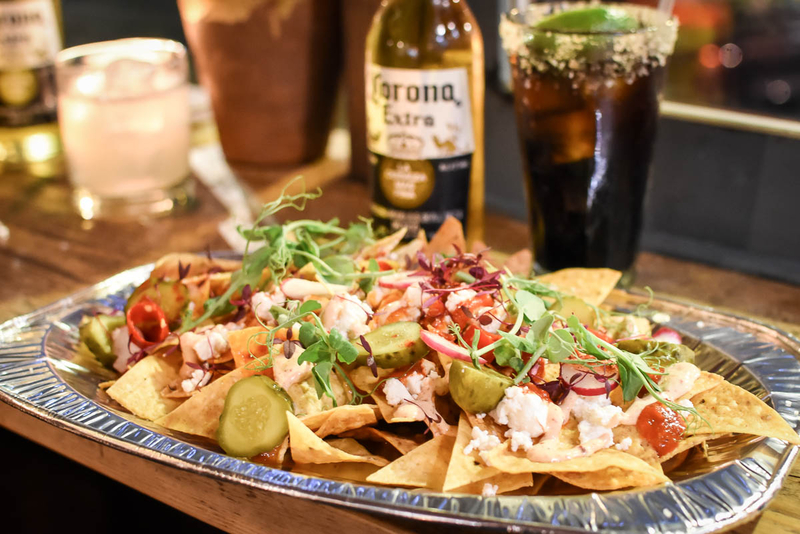 It comes from Harry and Sean: Harry, who has done the rounds on the gig circuit in various bands over the years, while doing the rounds (literally) either side of Leeds’ bars, and Sean whose CV includes Grub & Grog and refined Eastern European supperclub Balcombe & Smith. There’s no way of knowing for sure which one’s responsible for the thickets of amaranth and pea shoots on top of the nachos, and which one decided to season the pibil pork in their tacos with shots of tequila - but you can make an educated guess.

Don’t let those micro-herbs suggest this is some kind of high-end experience, dissecting Mexican cuisine to its essence and meticulously reinterpreting it one tweezer-ful at a time. They’re just micro-herbs on top of some nachos.

The tray underneath the nachos is a much more fitting of the place: the tinfoil party-platter kind. In fact, all the tableware is disposable, suggesting we're here for a good time, not a long time. 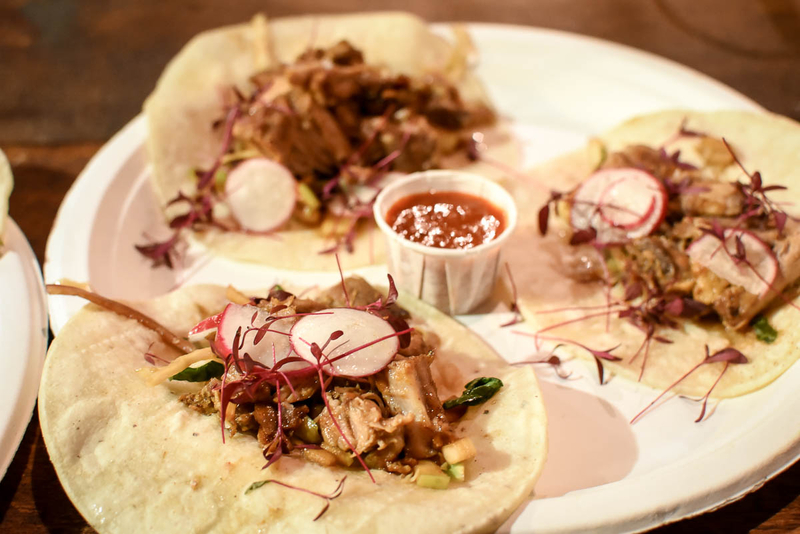 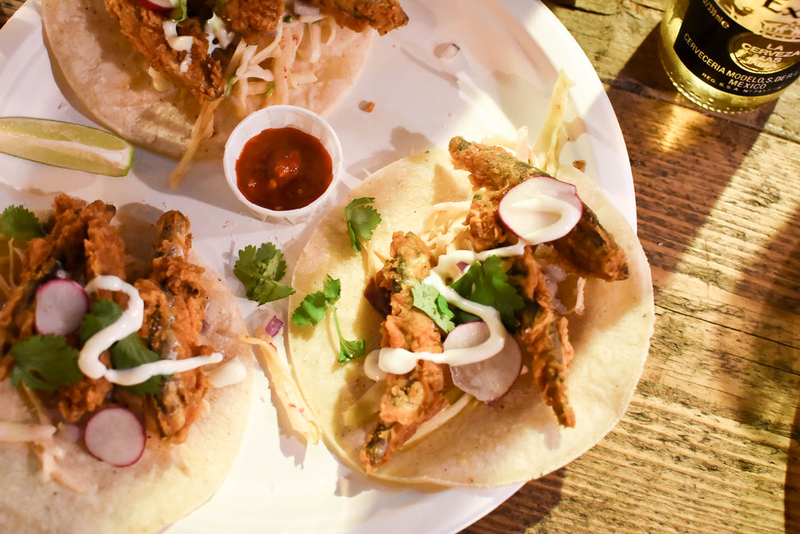 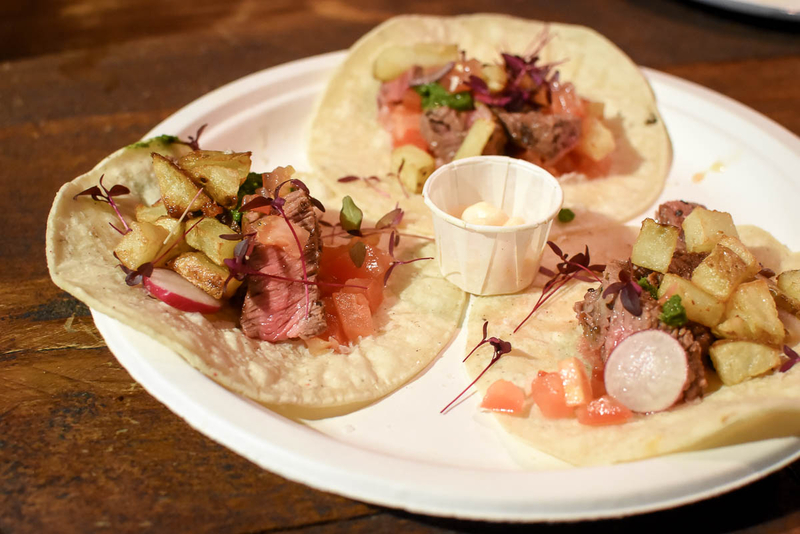 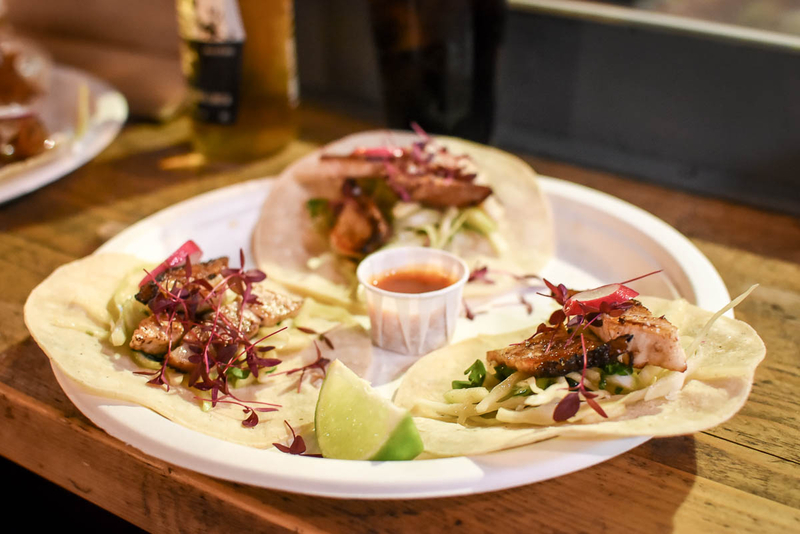 Tacos hang over the edge of paper plates, three at a time. They’re filled with frills of shaved skirt steak and crispy potato, that tequila-laced pork shoulder, or handfuls of crunchy whitebait. They’re wrapped in waxy tortillas which have a toasty corn sweetness which adds to the flavour, rather than just being a raft for the fillings to sail into your mouth. Each comes with a tailored hot sauce, made in-house and mercifully left to apply to your own tastes/at your own peril. 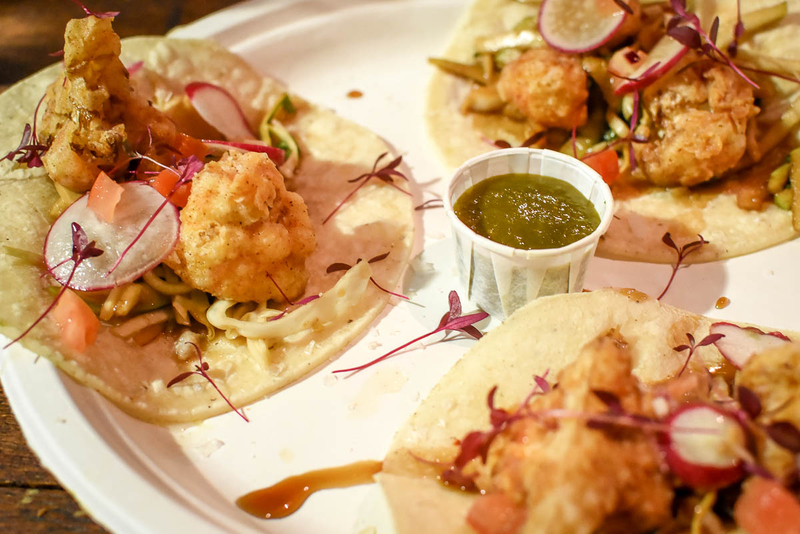 Vegan and vegetarian options are given fair consideration rather than treated like an inconvenient stepchild; there’s jackfruit ones, where the slow-cooked fruit - zingy with spiced pear - resembles something between pulled pork and chicken shawarma. We avoid the deep-fried avocado tacos in favour of the cauliflower special, where deeply minerally florets are coated and fried, rebozada style.

Bar food is unapologetic and the perfect partner for skulling £3 Coronas with: chicken wingsin a sweet/umami coating that puckers your lips and resonates to the back of your skull like crispy seaweed from the Chinese takeaway. “Holy Poutine” isn’t big or clever, it’s just sweet potato fries, spiced gravy, crumbled salty cojita cheese (probably feta tbh, but we’ll let them off) and pickles, but it’s a combination that makes your imagination run wild, thinking of other Mexicanadian hybrids might be possible if the United States stopped cock-blocking them. 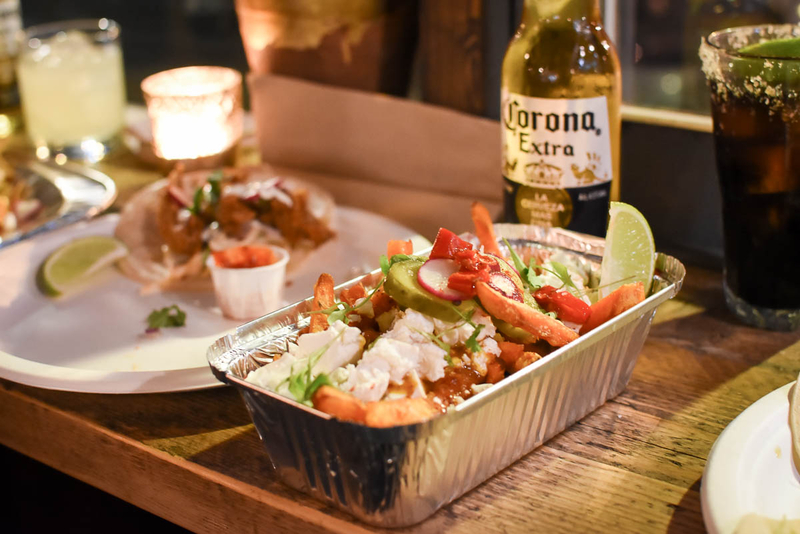 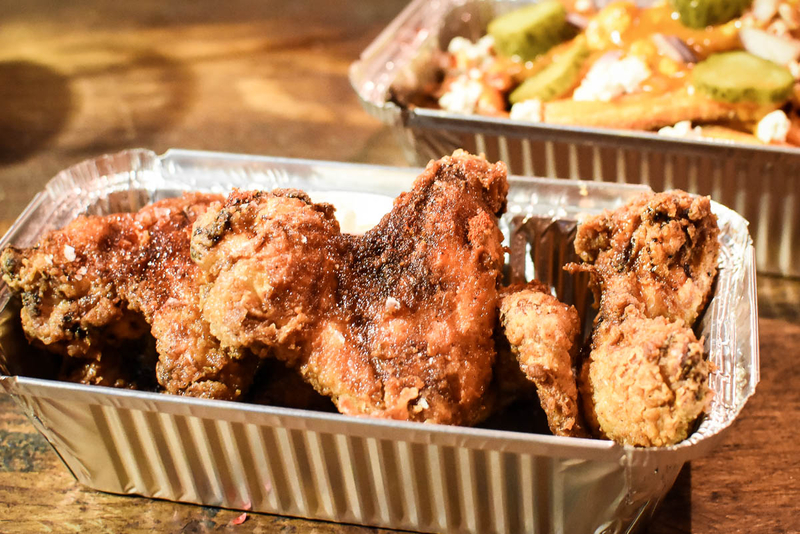 Disharmony between the resident and the host can sometimes kill this kind of thing dead in the water, but these two are a natural fit - service is casual but responsive, and the bartenders have an arsenal of tequila cocktails with peyote-potency. That was always the case though, now they’ve just got the food to match.

“Had any chef that I know been able to play a musical instrument competently, we sure as hell never would’ve cooked for a living” reckons Anthony Bourdain. If any other musicians reckon they can cook food as well as this, please let me know, and I’ll start a musical instrument amnesty...