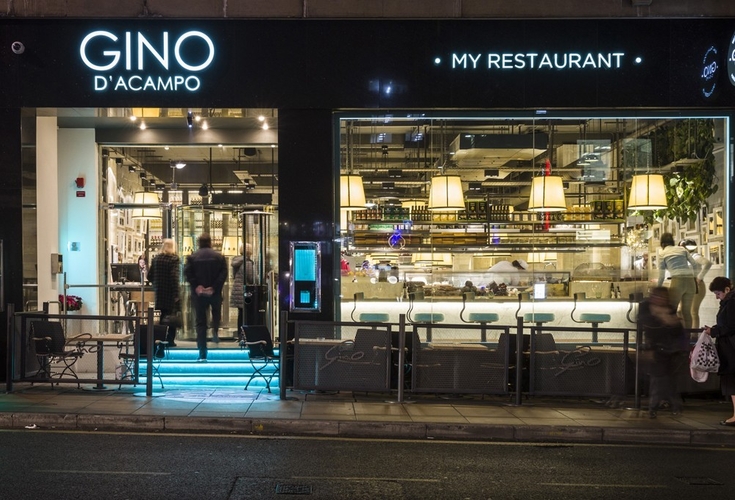 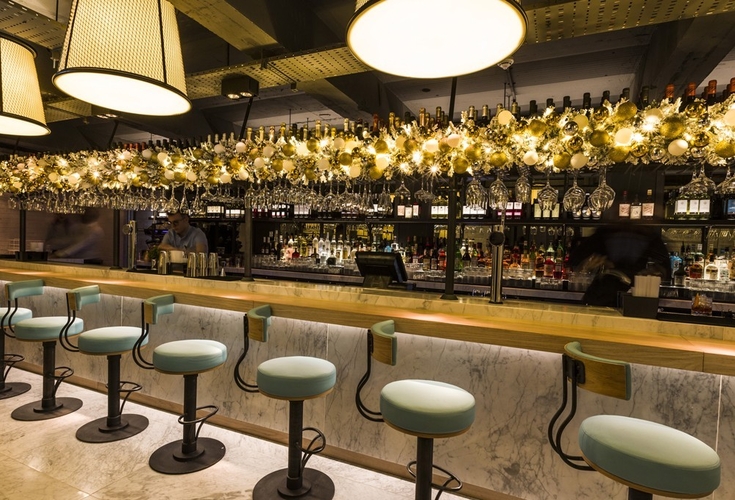 "The revolving door entrance/exit is a fitting metaphor..."

Nothing brings out a restaurant critic’s inner snob quite like a celeb-chef’s having their name in lights on the sign (and in this case, all over the ad-hoc book fayre in the foyer, and their face in the photos on the walls, the olive oil bottles on the tables, I could go on...)

Being more of a celebrity than a chef these days, Gino D’Acampo’s chain of highish-end Italian restaurants was always going to have an uphill battle when it comes to winning over the Very Serious Food Writers™.

Sure: his appeal is broad and he’s eked out fame through appearances on campy ITV shows, but well-known chefs aren’t obliged to only appear on TV when brooding on Masterchef The Professionals, or in artfully-shot, painfully boring nettle foraging vignettes on Chef’s Table. Let Gino be Gino: unpretentious, genuinely charismatic, and wildly popular.

Besides, it would be wrong to criticise the place based on whose name is above the door when there are so many genuine shortcomings to criticise.

It would be wrong to criticise the place based on whose name is above the door when there are so many genuine shortcomings to criticise.

None of it is particularly bad - Ok that's not strictly true, service is bad. From the passive-aggressive front of house - channeling the haughty French maître d'  from every 80s movie - to dishes appearing at the table almost instantaneously (how??), to finding orange peel in my glass of Chianti (£9 for 250ml, they didn’t ask if I’d have preferred a small glass), to not being offered a replacement or for the returned glass of Chianti to be taken off the bill. That last one is a particular shame because the wine here is really, really good. I’ll definitely be going back to sit at the bar with a Sella & Mosca Cannonau de Sardegna (£7/175ml)

The menu explains that “Simplicity itself” is the key to Italian cuisine. “Fresh, top quality seasonal ingredients cooked simply to allow the flavours to speak for themselves”.

I’m surprised the flavours can get a word in edgeways, when every item on the menu comes with a short story or justification of why it’s on the menu. Bruschetta doesn’t need context. Bruschetta, at least the one eaten here needs flavour - dull cubes of tomato that have been stored for too long at too low a temperature (what was that about fresh ingredients?) plonked on slivers of ciabatta, tasting of nothing at all, costing £5.75. 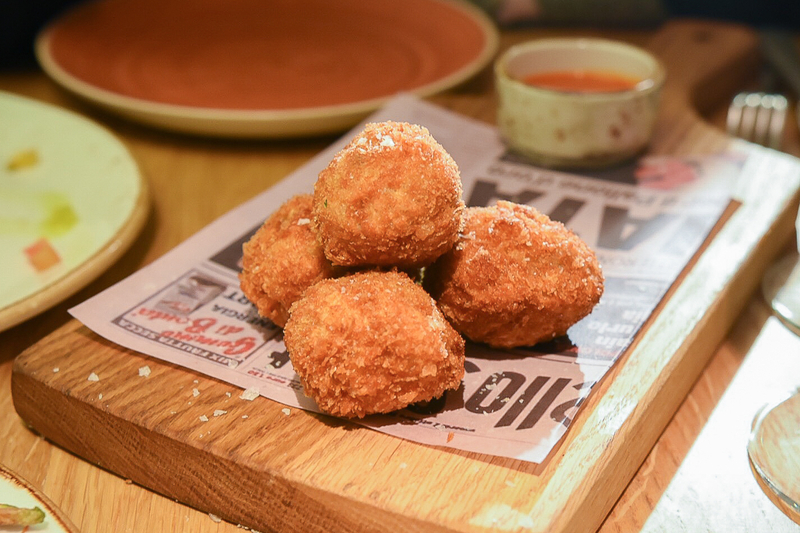 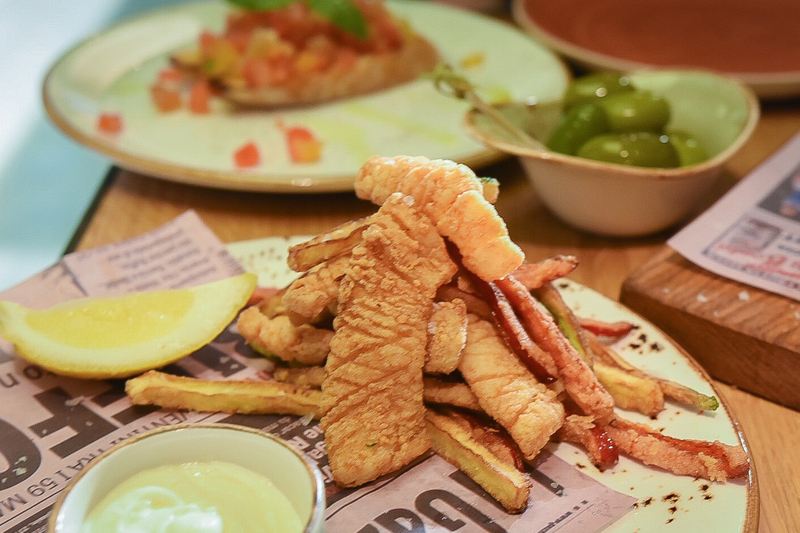 According to the menu, Gino learned the “real secrets” of perfect mushroom-risotto arancini while filming in Sicily. Presumably, he was made to sign a non-disclosure agreement and vow to keep the secrets a secret, as what we ate were four over-fried orbs of under-cooked rice, dotted with pockets of mozzarella, without even the faintest hint of mushroom.

Veal meatballs (£12.5) are fine, but their tomato sauce has a phonebox-red hue and empty tang that suggests it hasn’t spent long enough simmering. Calamari (£7) has a satisfying coating, but in the minute between us placing the order and the food turning up, the kitchen somehow managed to slightly overcook it.

Linguine is all velvet and bounce - tomato and white wine sauce clings to it like an insecure boyfriend, and there’s a good thwack of garlic, chilli, and parsley. It’s served in a lobster half-shell, for no reason other than to demonstrate where that £21 price-tag is going in case we miss the four morsels of tail-meat among forty pence worth of pasta. 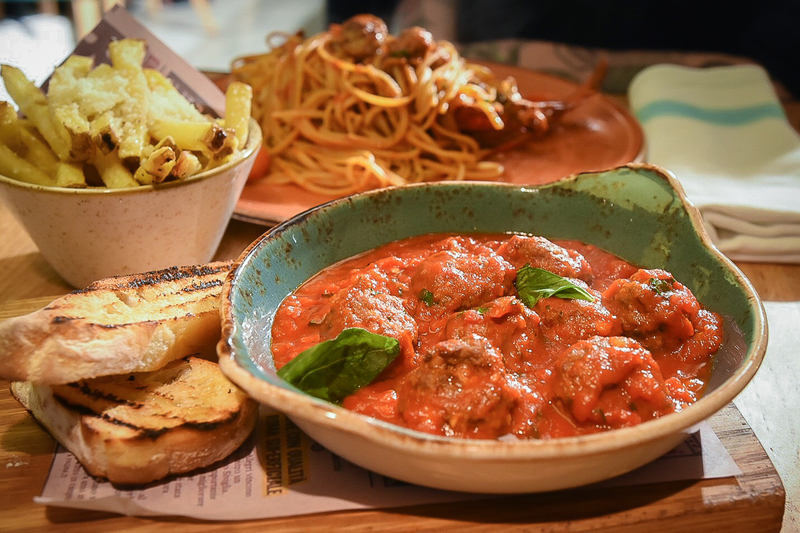 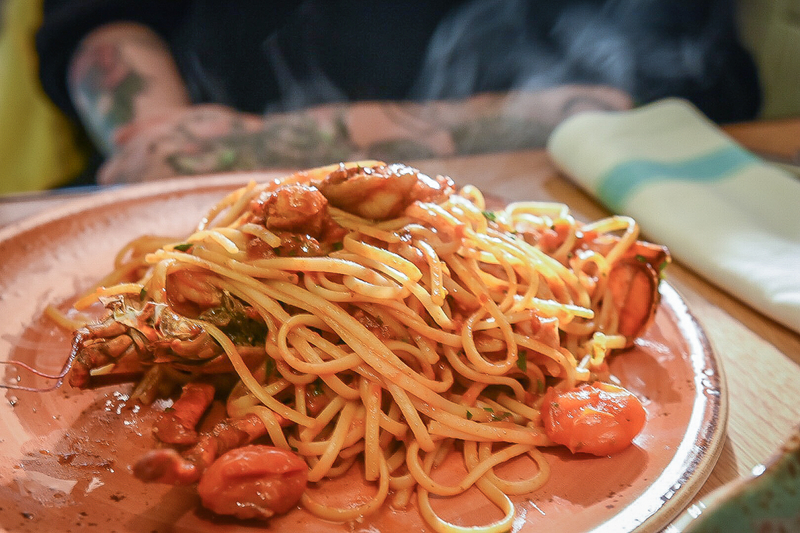 One affogato (great espresso, by the way) and two scoops of ice cream later (£5. The waiter asks what flavours we’d like, and manages to get one of them right) and we were being shown out of the revolving door; a fitting visual metaphor for a restaurant that will gladly take over a hundred quid of your money in exchange for one hours worth of “hospitality”.

This is food that doesn’t so much “speak for itself” as mumble under its breath while Gino gasconades about how delicious his breadsticks are, or the restaurant’s policy of “ minimum effort; maximum satisfaction!” which, to be fair, is half right. Look, I’ve got no problem with restaurants using personality to sell themselves, but at least try and make sure the food’s got some, too.