"Thankfully, the steak doesn't melt in your mouth" Blackhouse review

When did “melt in the mouth” become such a desirable quality in steak? Fucking steak. Foie gras, I can understand. Foie gras is a product of elitism and overindulgence, of sheer gluttony and disrespect for the animal that you took it from. But steak? Steak is primal struggle incarnate, the hard-fought spoils that come with being apex predator, it is fire and iron and might. It shouldn't yield to the atmospheric conditions inside a mouth as if it was a bit of Milkybar.

If you really want to experience meat-flavour while exerting as little effort as possible, maybe...don’t eat the flesh of another mammal? Why don’t you put some gravy in an e-cig? Rub some paté on your gums if you’re feeling energetic. Steak requires, and justifies, putting a bit of effort in.

That’s probably part of the appeal though, distancing whatever you’re gnawing on from the uncomfortable reality of meat-eating; that the thing you’re eating used to (and this is the best case scenario) hang out with its mates and be pointed at by toddlers in passing cars and have a laugh and eat grass. Having to chew it a few times gives you more time to dwell on that.

There’s no ignoring the provenance of a Tomahawk steak, though - 800g of fore-rib, cooked and served Flintstones-style with the entire rib bone intact. It looks like a piece from a particularly easy cow-jigsaw puzzle. 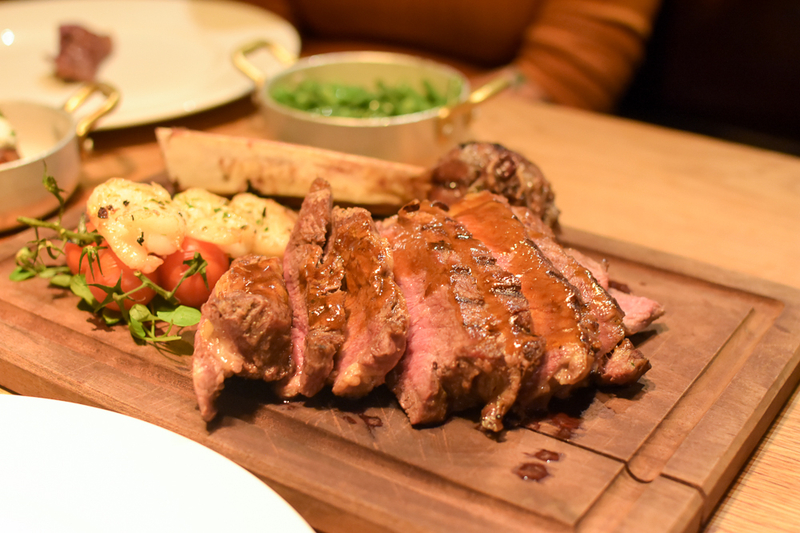 After butchering it’s been left to age for 28 days, allowing bacteria to do their thing and mature the flavour, resulting in a milky-yellow blanket of fat and a slight crust on the outside. Thankfully, it doesn’t melt in your mouth, and each chew triggers a new group of synapses to fire off in your brain.

Around this time last year, Blackhouse spruced itself up a bit; about 50 new restaurants open in Leeds every year, “movements” and trends bring new restaurants and new audiences into the fold, and even timeless chic can appear outdated without regular tweaks and maintenance - just look at Bibis. Rather than stubbornly insist on its place in the old guard, Blackhouse has refined and updated what it does, with an eye on the likes of Hawksmoor and Stockdales. 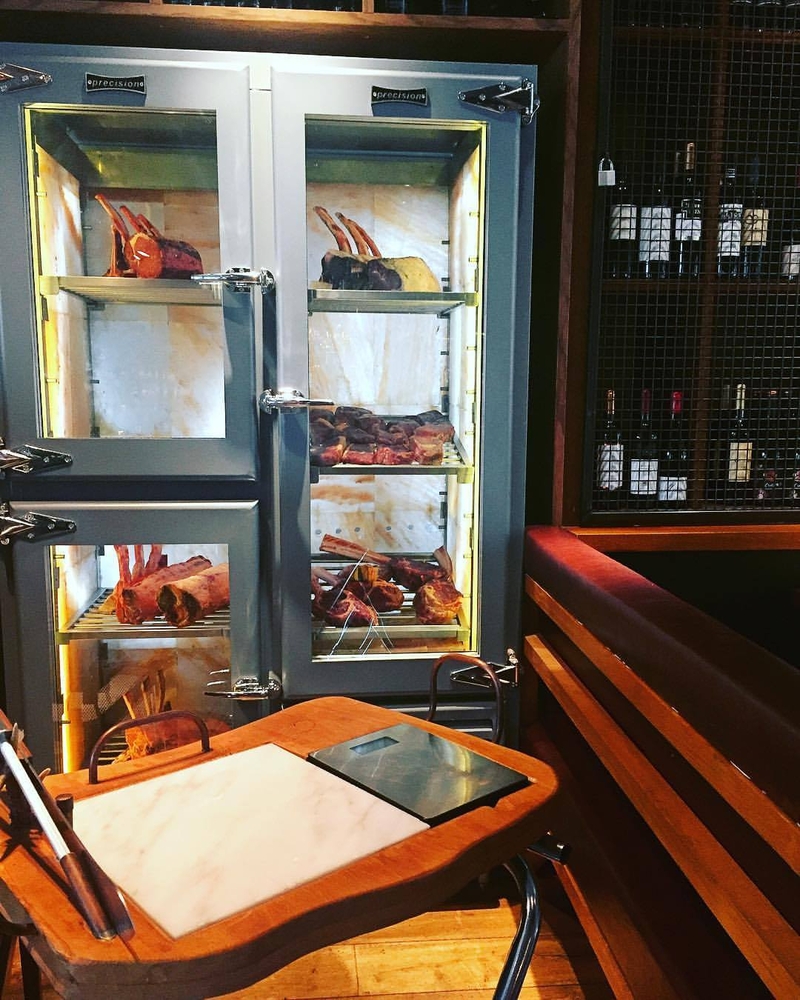 It’s kept all of the elegant flourishes that made it the city’s go-to date night restaurant - the island bar, the piano, the fairy lights reflecting off every surface into Kusama-esque infinity - but there’s a new conservatory overlooking Bond Court with a retractable roof. The Romeo + Juliet fish tank has gone, its emanating blue glow replaced by that of a salt-aging chamber to show they’re serious about steak now; and like all good glitzy showbiz reinventions, it came with a bare-all book.

“The Book of Beef” educates customers about how the meat is reared, sourced, butchered, aged, and cooked, explaining why the fillet is from Irish cows, the porterhouse is Scottish, and how to tell their USDA Ribeye from their Galician-style rump. It might even educate people why melting in the mouth isn’t an aspirational quality for meat, who knows?

Unfortunately, I didn’t actually get to see the book, it was just alluded to on the menu. It’d be handy for the front of house to be able to reel off this info - I even would’ve been susceptible to some upselling - but even placing a basic order was made awkward by an unintuitive POS app on the server’s iPad. I can’t even brush my teeth for three minutes without checking some kind of screen, so I don’t want to come across all sixth-form Banksy and denounce technology, but when it starts providing an obstacle, it might be time to just give the staff a pad and pen. 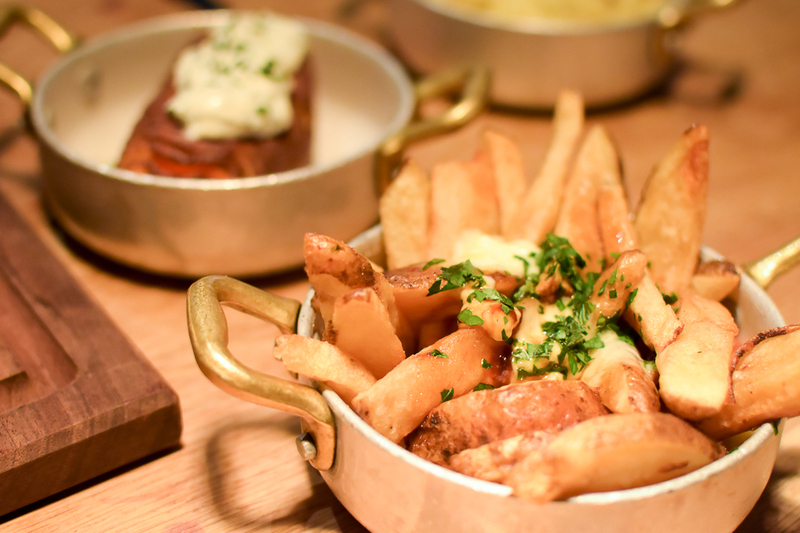 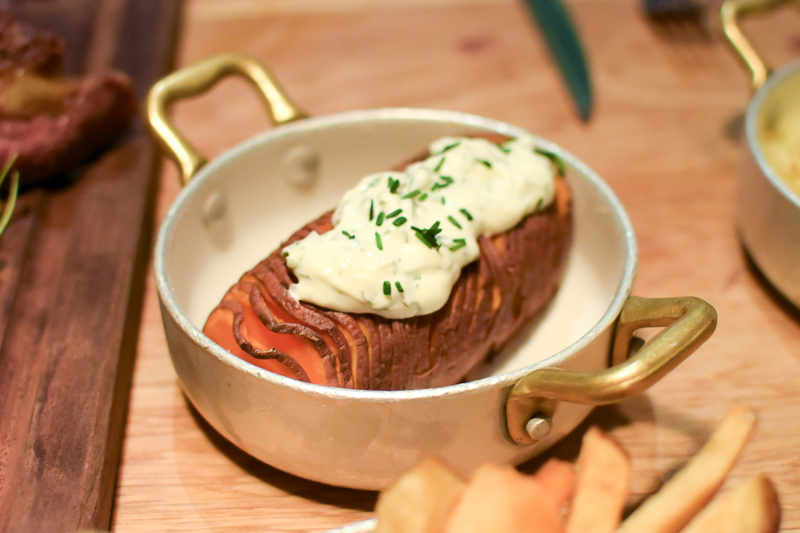 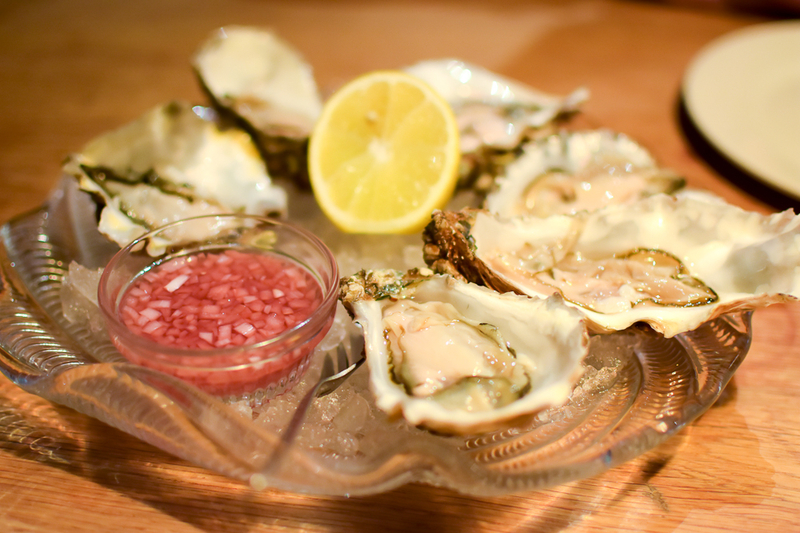 Sides are eclectic, but less than perfect; a baked sweet potato is fine, but doesn’t benefit from being hasselbacked, the words “cauliflower blue cheese” make you think of funky, acidic tang, and minerality, but the actual dish feels watered down literally and figuratively, but chips, cheese, and gravy make a decent - if routine - poutine (sorry)

This is still, more than ever, actually, the place to come for bouts of bougie indulgence, though - for living out Mad Men fantasies by eating dozens of creamy, coppery cumbrae oysters with a panna cotta-spring in their step, or sink a few cocktails without feeling like you’re on a Gatsby hen night. And, of course, steak - steely cuts of it, matured, properly cooked and well-rested steak that doesn’t even come close to melting in your mouth. They wrote the book on it.