A parasitic tree might be unusual name-inspiration, but Banyan's really grown on us

According to Wikipedia, a banyan is a ficus tree that’s prominent in Asian and Polynesian folklore for providing shelter and shade, and being a communal gathering place. It also starts its life on the surface or in a crack in a different tree, which makes for quite a fitting name for this particular Banyan in question.

Banyan is the latest brand to come from Arc Inspirations group, who are behind the likes of The Pit, Manahatta, Kith & Kin and so on. It’s definitely the least high-concept of its stable-mates: it can’t be summed up as “the BBQ one” or “the New York cocktail one”, but that hasn’t stopped Arc Inspirations from doubling down on it as a brand.

The group has putting faith in it to the tune of six venues so far - across Leeds, as well as Harrogate, York, and Manchester - including some swift rebrands on their previous Kobe venues, including this one in Horsforth.

So...what is it? It’s kind of all things to all men - a place where suited blokes from the offices down the road can come for a burger; groups of posh Mums with a convoy of buggies to get a £10.95 lunch deal; and Jerome Flynn off Game of Thrones can get an afternoon pint. I’m eighty...well, sixty percent sure it was him. Maybe. It’s fifty-fifty. 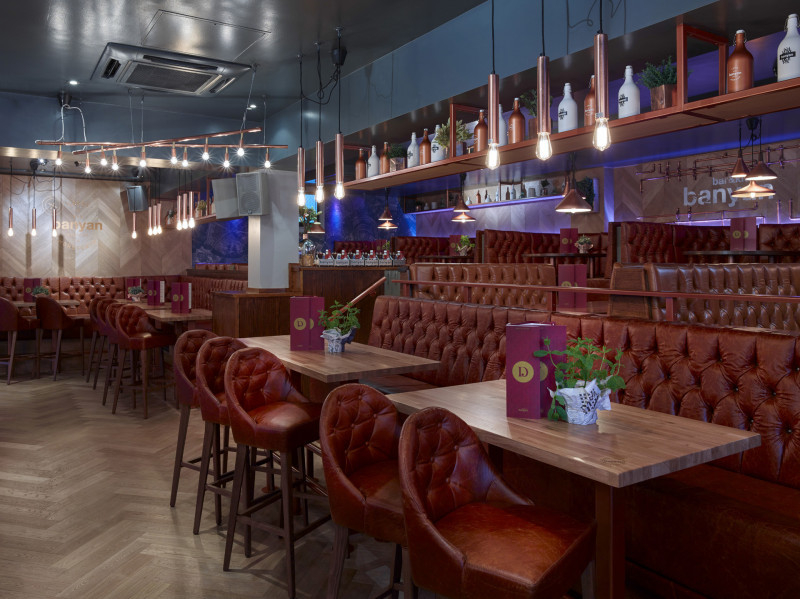 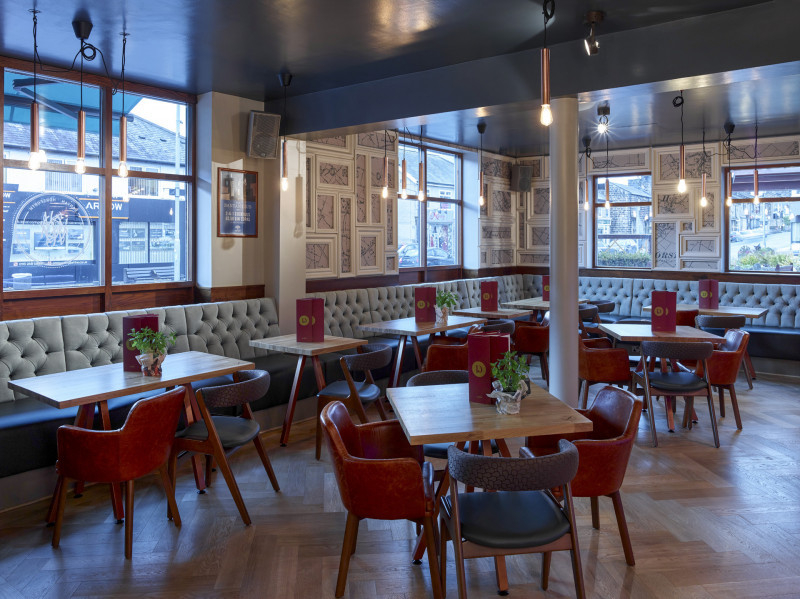 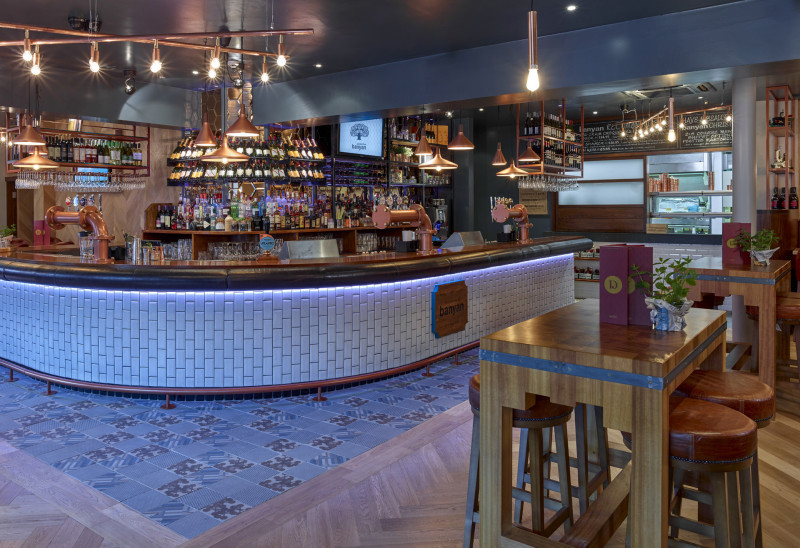 The venue itself lends it to these multiple purposes with a mix table, bar, and banquette seating - there’s a lot of rose gold, white tiles, and mid-century Scandi chairs. In four years time it might be a vital time capsule - a crystallised example of interior design in 2017 (before the robot uprising), but until then though, it’s just a nicely decorated bar.

The menu has the same lack of cohesion, each section - small plates, salads, POWERBOWLS (Which is fragile masculinity speak for “salads”), sandwiches, mains etc - brings together dishes from all over the place: Indonesian chicken curry next to steak and ale pie next to chicken fajita wrap. You could bring a coach trip of UN representatives here, and they’d all find something to agree on (which would give the human race a fighting chance against that robot uprising)

Spreading a kitchen too thin usually results in outright calamity - or worse: an average meal. Banyan pull off everything pretty well though. A couple of stocky lamb kofta (£6.95) are easy on the spice but absolutely humming with cumin, and thankfully, made by somebody who understands the importance of a good fat to meat ratio when cooking this type of thing.

Cajun spiced crab croquettes (£6.95) look a little uniform and uninspiring, but actually contain a fair bit of flakey white crab meat, as opposed to just showing a potato croquette a postcard from Margate before putting it on the pass, as I’ve suspected some kitchens have done in the past. The spice tastes more Thai than Cajun to me, but by now my palette has been beguiled by a Geisha Girl (£7) - a surprisingly nuanced cocktail of vodka, plum sake, tropical fruit, and prosecco.

The salmon in the Asian salmon powerbowl (P-P-P-POWERBOWL!! - £11.95) is a little overdone, but not beyond persevering with, especially as the miso ginger dressing is as good as anything a dedicated Japanese casual chain would put out. Whether the “kimchi” is actually kimchi or, as I suspect, just cabbage with chilli sauce on is inconclusive, but I doubt this is the type of place to attract pedants.

Besides myself, of course. If you put “caramelised red onion” on a menu, then make sure that’s what you put on the dish, don’t smear an unnecessarily sweet onion jam on it and be done. That, and an annoyance of wholegrain mustard meant that the steak was the last thing I could actually taste in my steak melt (£10.50).

Shame, really. It was more tender than a sandwich-cut of steak has any right to be, and the ciabatta doesn’t require you to have a jaw like a bear trap, which is a rare thing.

Prices could do with being a couple of quid cheaper for certain dishes, and the bill was further inflated by mineral water being the default choice without the offer of tap. Service is pleasant and efficient though, and it’s a nice place to have lunch with colleagues, or a coffee with other Mums, or a pint with Bronn the low-born sellsword. Maybe. True to the name, Banyan grows on you.