On his 25th birthday, we're ranking Percy's friends, family, and fizzy tails from worst to best

Twenty-five years ago this month, Marks & Spencer unveiled an item of confectionery containing real fruit juice and real boiled-down pig bones, which it made the macabre decision to present in the shape of a cheerful pig named Percy.

Regardless of the fact that this is akin to selling Jelly Babies made from real placenta, Percy Pigs became a firm favourite and, dare I say, a national institution. He was there for M&S through thick and thin; from the record-breaking turnover in the late 1990s to the turn of the Millennium financial slump; from the Fleetwood Mac food-porn adverts for ready meals, to the David Gandy soft-porn adverts for men's' pants.

Percy’s popularity brought lucrative merchandising deals (mugs, stationery, piggy banks, luggage) and all sorts of friends out of the woodwork, with barnyard chums, International peers, and even romantic conquests joining him on the shelves throughout the past quarter-century. Many are long gone and forgotten, but some, like Percy, have stood the test of time. Here’s our definitive ranking of them:

These appear to have been released specifically to celebrate 25 years of Percy Pig - a birthday cake, if you like. Unfortunately, the whole thing seems to have been thrown together last-minute like a hastily-written essay the night before submission deadlines - generic fairy cakes topped with a saccharin frosting, bearing only superficial relevance to Percy through the addition of a piglet on top. Who wants to combine the texture of a chewy sweet with a crumbly cake anyway? It’s like eating a Weetabix while chewing bubblegum.

Percy deserves better than this. So cynical is this product that I’m almost put-off the rest of the rankings, but I realise the importance of my work, so I’ll go on. 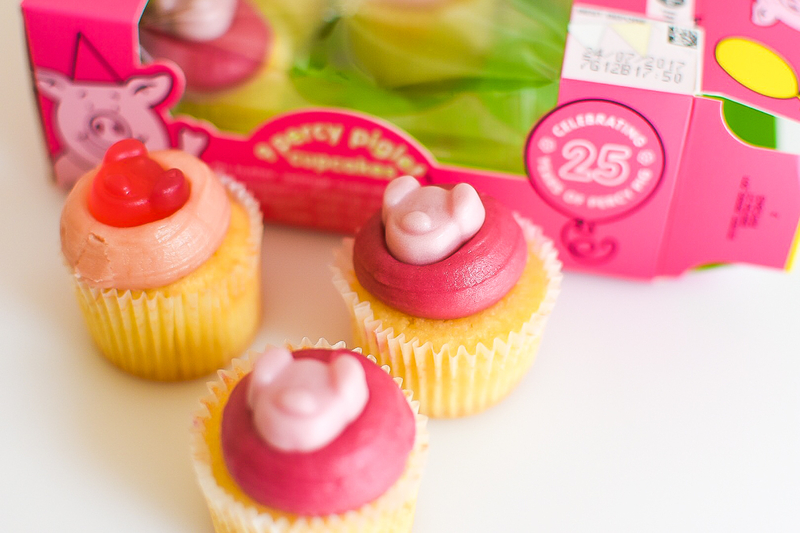 Not only is the thought-process behind this beyond stupid (“Let’s take a wildly popular format and just invert it”), but they look like second-degree burns and feel greasy to the touch. The only way these could be worse is if they were accompanied by a mouthful of cake. 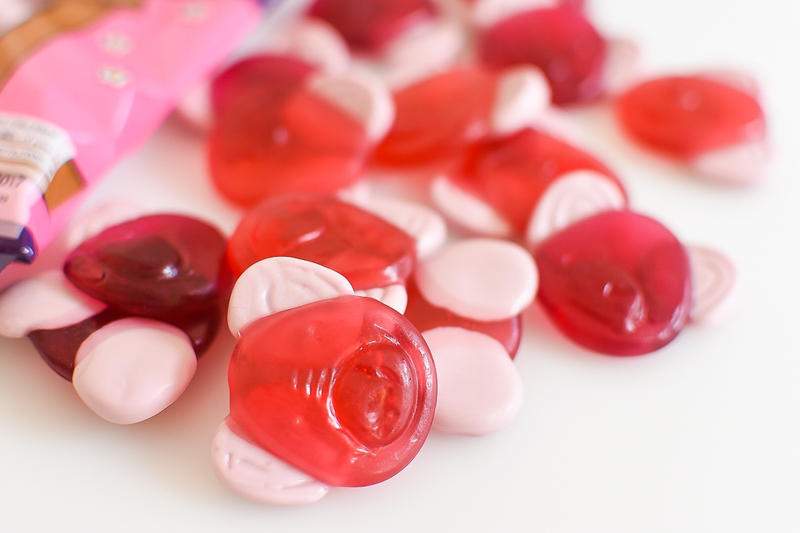 A thinly-veiled attempt to piggyback (haha) on the popularity of emoji, which sees Percy convey many fully-formed emotions: winking, cry-laughing, sunglasses etc. Apparently the only thing he’s incapable of feeling is shame. This is not becoming of a national treasure, Percy. I’d be having words with your agent. 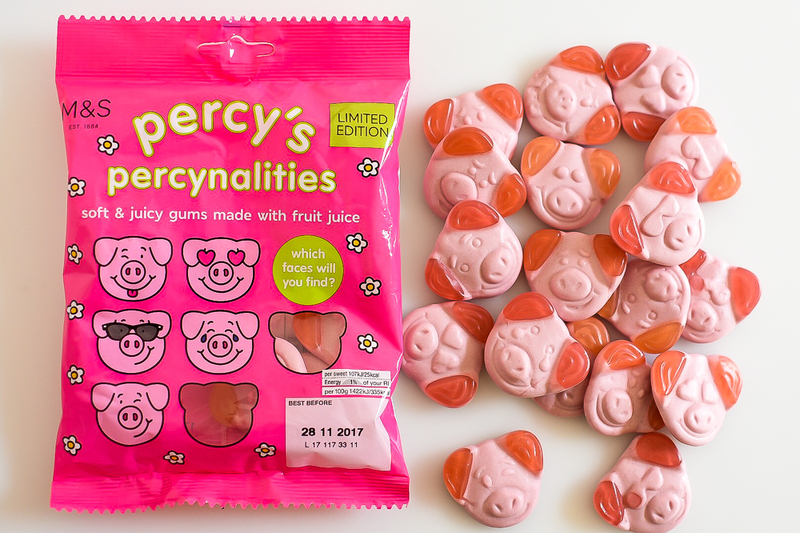 Percy and Penny’s romance may be among the greatest of our time, a whirlwind of courtship, romantic dinners (look, whatever they’re eating has shaved truffle on top <3), and eventually marriage.

Despite initially conforming to heteronormative stereotypes by wearing a flower in her hair to signify she is the lady-pig, Penny flipped gender roles on their head when she proposed to Percy, making them a truly 21st-century couple.

Unfortunately, the lemon and vanilla flavoured Penny is pretty gross, and there’s only so far up this list a social conscience can carry you. 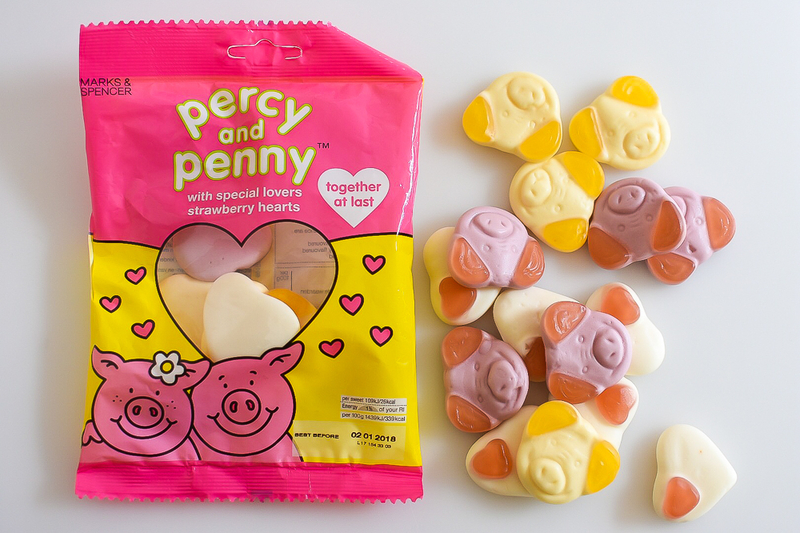 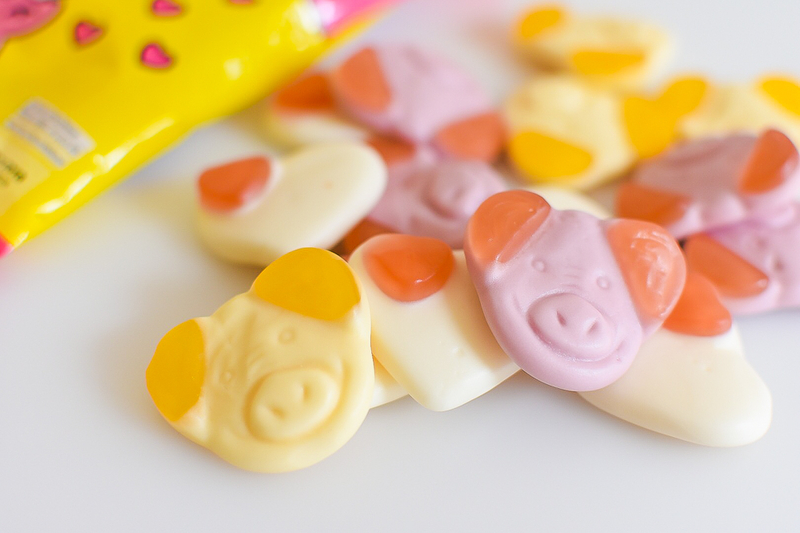 Alright guys, I know you’re young and in love, but four kids? You’ve only just settled down... 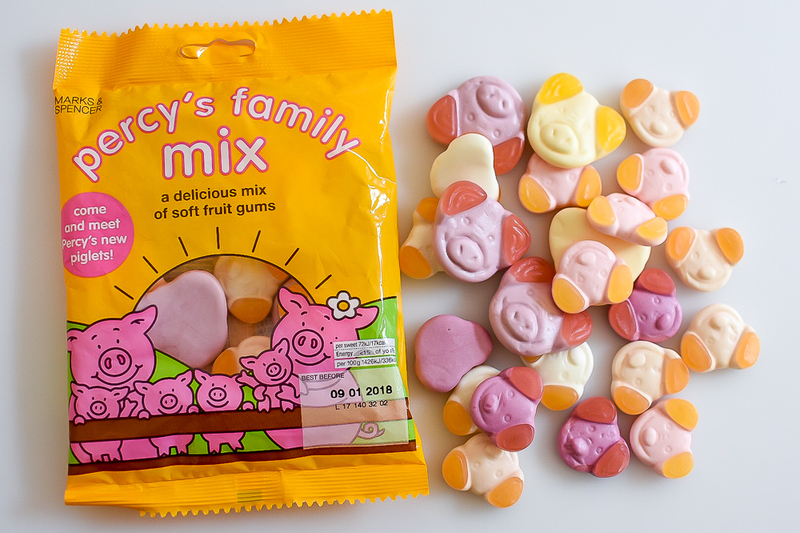 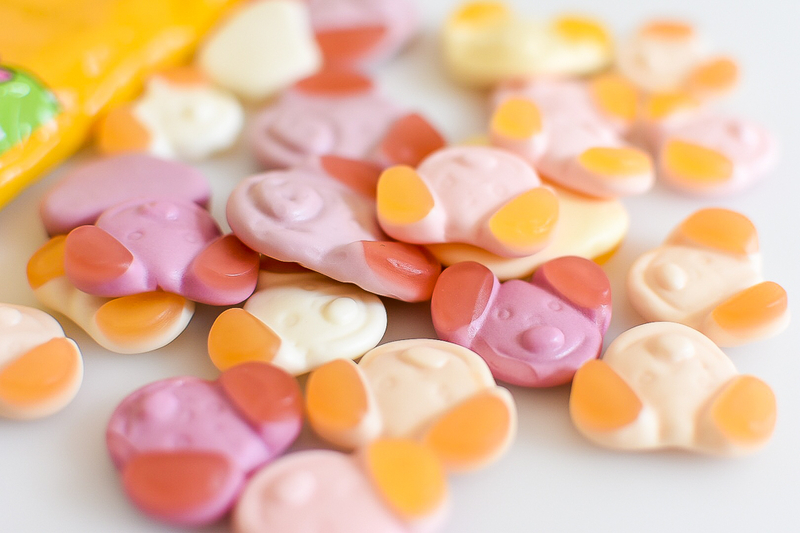 “Join Percy out & about with Poppy Panda & Timmy Tiger”

The premise of this one seems more like a brainteaser than a delicious cinema treat or impulse snack-purchase at the train station. A tiger and a pig in a jeep together? Bloodbath. “Hello, I’m a tiger, thank you for leaving me with my favourite food” 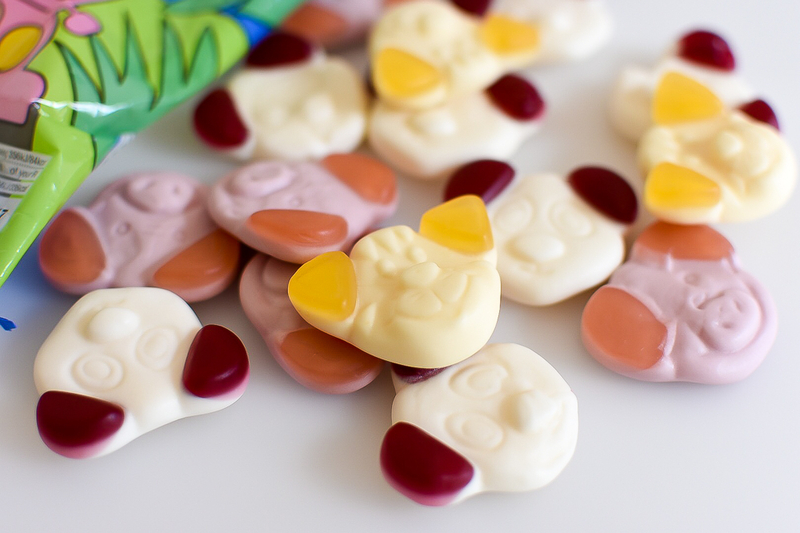 A sweetie on the farm but a biscuit in the bakery aisle? Penny’s got herself a man who can do both. 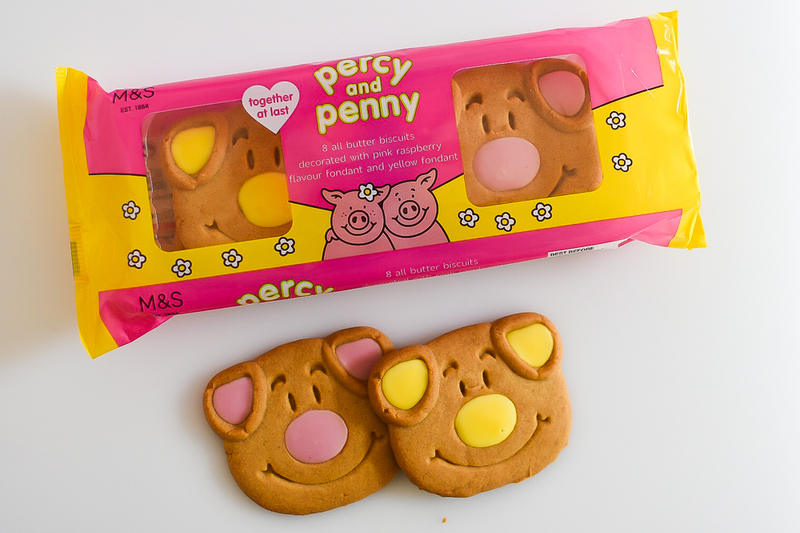 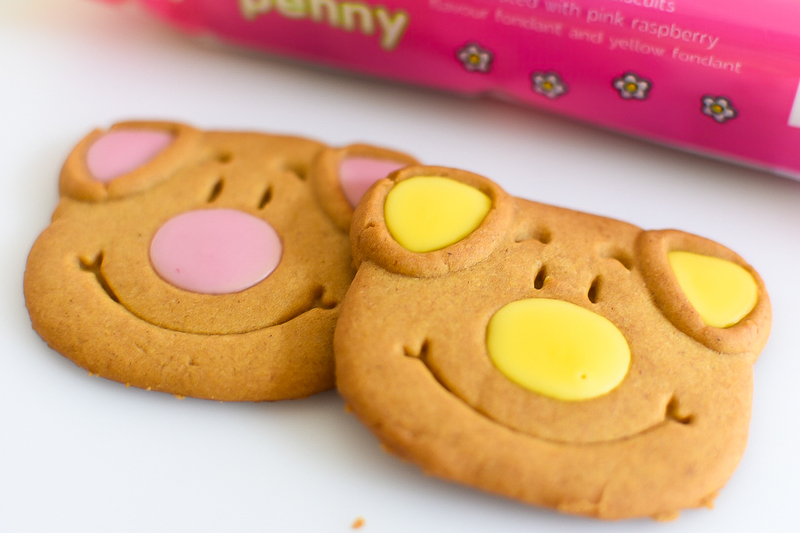 It’s a testament to Percy’s character that despite all of his fame and success, he’s still the kind of guy who will go back to the farmyard and kick it with his day ones, like a cola flavoured cow, and a sheep that tastes like orange and strawberry. 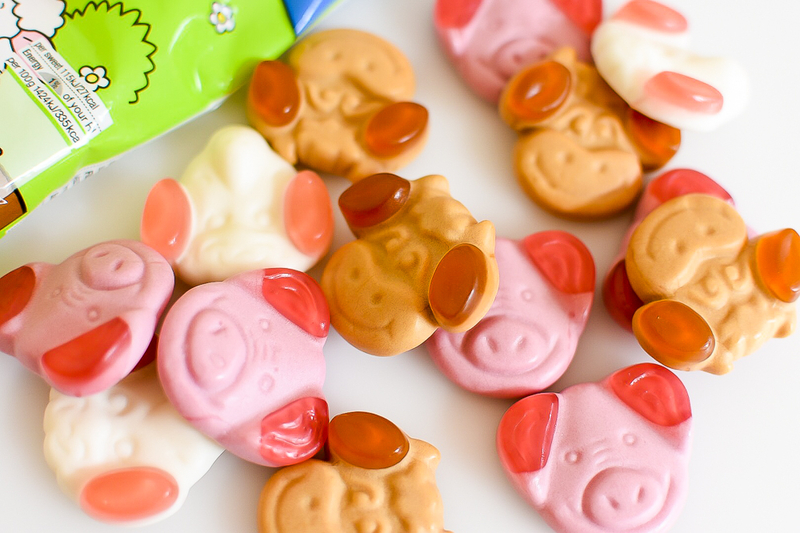 The OG doesn’t quite top the list, but don’t be sad: he may not be the top dog anymore, but he created the empire. Like the Kim Kardashian of pig-shaped confectionary, he made his mark, brought the whole fam along, and is humble enough to step aside and let them continue the dynasty. 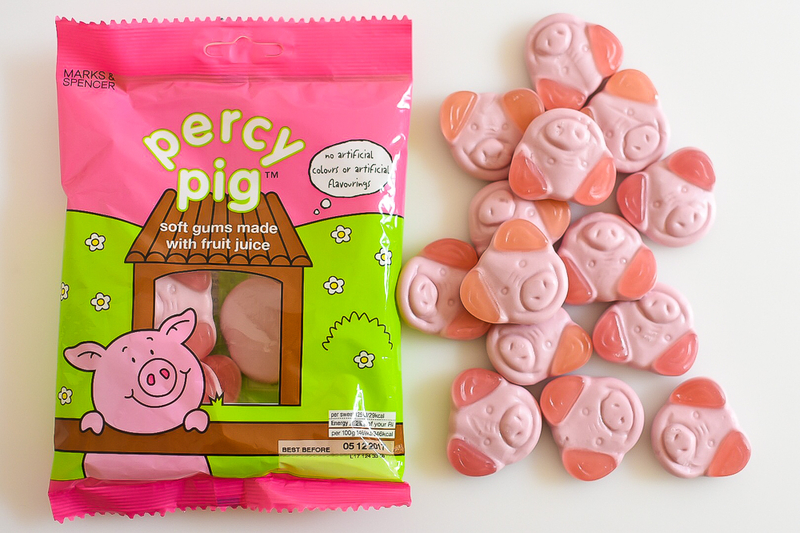 This is awkward. While each one of these piglets bears half of Percy’s unmistakable DNA, they’re not the strawberry, blueberry, orange and lime piglets we’re familiar with the from the happy families image projected by the Family Mix packaging. On the plus side, they do allow for a bespoke distribution of gum to jelly, allowing the eater to come up with their own perfect ratio (1:1, since you asked), so I’ll let it slide “Soft gums made with fruit juice and a fizzy hint”

A “fizzy hint”? My tongue’s felt subtler hints from licking a 9V battery. These things are fierce. It’s a 50/50 split of gum and jelly in a satisfying spiral, coated in the holy trinity of malic, citric, and lactic acid. Cast your mind back to 1992, if you can. Tens of thousands of citizens took to the streets of our capital in protests signifying civil unrest, the value of the pound was going from bad to worse thanks to withdrawal from an EU monetary system, and a Conservative government had just achieved re-election with an unpopular leader, albeit with a significantly reduced majority.

Things have come on a long way since then. There are more vegetarians. Forget Percynalities, Veggie Percy - released in 2011 - is the real Percy for these modern times we live in. A gelatine-free, all-inclusive Percy for people of all faiths and ethical stances to come together, ignore the cheap-Joker-costume colour palette, and express their mutual enjoyment of soft pig-shaped gums containing real fruit juice. 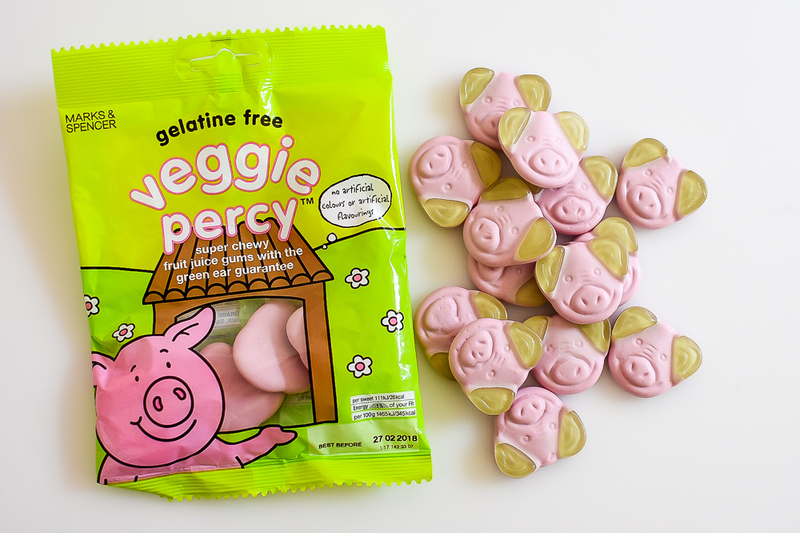 Want to read more important lists like this one? Check out our definitive ranking of Marks & Spencer's Spirit of Summer 2017 range here.