‘Feels like a parody of uber-masculinity’ – Ox Club, Leeds, reviewed

SOME restaurants lure with the promise of the predictable, familiar and consistent. No matter what state of flux the rest of the world is in, for example, the precise balance of warmth in every spoonful of Bundobust’s tarka dhal can always be relied on. There are infinite configurations that the noodles in which Thai A Roi Dee’s Pad Thai could intertwine, but every one of them gives the same end result, and the distilled serotonin hit from a McDonald’s double cheeseburger may as well be getting delivered via a chip implanted into my temple.

On the other hand, as I tuck into the latest incarnation of cauliflower and romesco – a menu staple since day one – visiting Ox Club throughout the years has offered a different experience each time. A Boyhood style drop-in at various stages of its maturity; from a proto-hipster Hawksmoor into full self-actualisation.

The latest step in Ox Club’s coming of age sees the title of head chef passed on from Ben Iley to Andy Castle, a chef embedded into Ox Club’s DNA having started at Dough Boys in Belgrave then rising through the ranks to his current position. New restaurant manager Matt, also brings experience from upmarket dining rooms like Crafthouse. Though not in the building during this visit, his influence is felt in casual-but-professional greeting that sets the tone for service that effortlessly bridges the tricky gap between ambitious food and relaxed environment.

At some point, a three-foot-high chalkboard will be propped next to your table and left there while you peruse the specials; a nimble selection of dishes that demonstrate flexibility and spontaneity. This one-on-one time makes you feel like the only table in the whole room, while also letting you slyly Google some of the less familiar ingredients.

An open kitchen provides an atmosphere-building sense of voyeurism as the room steals a glimpse of the ten-foot, solid fuel-burning grill: smoking or flame-grilling ingredients, burying in the embers, or slow-roasting from carefully calculated heights.

At times, it feels like a parody of uber-masculinity: the combination of men (and it is exclusively men, in the kitchen and on the floor) sweating over an open fire, the clink of metal on metal transporting me to the homoerotic steel-mill/nightclub from The Simpsons. But despite this (pretty inexcusable) lack of diversity, this isn’t a ‘dude food’ restaurant.

Even that most primal of dishes, beef tartar (£9) manages to be delicate and balanced, spun through with sunny ponzu while allowing the rough-chopped raw steak to deliver all the depth it has to offer. More elegant still is a sea bass ceviche (£8) with a tempered yuzu-infused dashi replacing the usual eye-watering acidity. The result: two dishes forming two sides of a raw food yin and yang.

More fragile masculinities would avoid vegetables altogether – terrified that eating something besides bacon will make their knob fall off – but here they’re explored, experimented with and given opportunity to shine.

New life is somehow breathed into hispi (£4), which in the past five years has been subjected to everything you can legally do with a cabbage. Burying it under a blizzard of ‘hot sauce crumb’ and pecorino is a new one though – it feels like the result of an accident where somebody got clumsy while eating Flamin’ Hot Cheetos at the pass, but it makes a convincing case for letting chefs run wild in the tuck shop.

In the signature cauliflower dish (£5), a gnarled, charred floret is presented in all its glory on top of the romesco sauce it used to be a vessel for. A scattering of brittle toasted almonds and glug of sherry vinegar cut through every mouthful.

These high-notes play a recurring role throughout the menu: pickled red grapes perforate the mesmeric, smouldering richness of pig cheek with ajo blanco (£8). Flat Iron steak (£18), the dish that Ox Club was built on, is served pink inside, blushing at how such a modest cut has been elevated to the heights of the specials board with a rotating selection of support acts: tonight it was the astringency of charred Padron peppers. Even our dessert – a wispy Basque baked cheesecake (£6) which completes the Etxebarri-esque hat trick – is drizzled with vinegar that emphasises the sweet-sour grilled nectarines cosied up to it.

It can’t be downplayed how everything from the steak to the cheesecake to a millennial-pink, pearly wedge of sea trout (£18) is finessed on the grill, allowing the smoke to make its point without dominating the conversation, making everything they touch feel proprietarily Ox Club’s. To combine this grilling technicality with a flair for ingredients and flavours is a really rare and special thing.

That grilled trout bathes in a pool of butter tinged with the anise-grassiness of shiso leaf, which feels like a preview of what to expect from the team’s long-awaited Japanese restaurant (ETA: September).

Over the years, Ox Club has tried its hand at brunches, Sunday lunches, chop nights, collaborations and kitchen takeovers, fast food parties and ramen pop-ups. These disparate projects could come across as unfocused and flailing, but they’ve always kept an eye on the founding principles and concept. Different every time, but always the same. 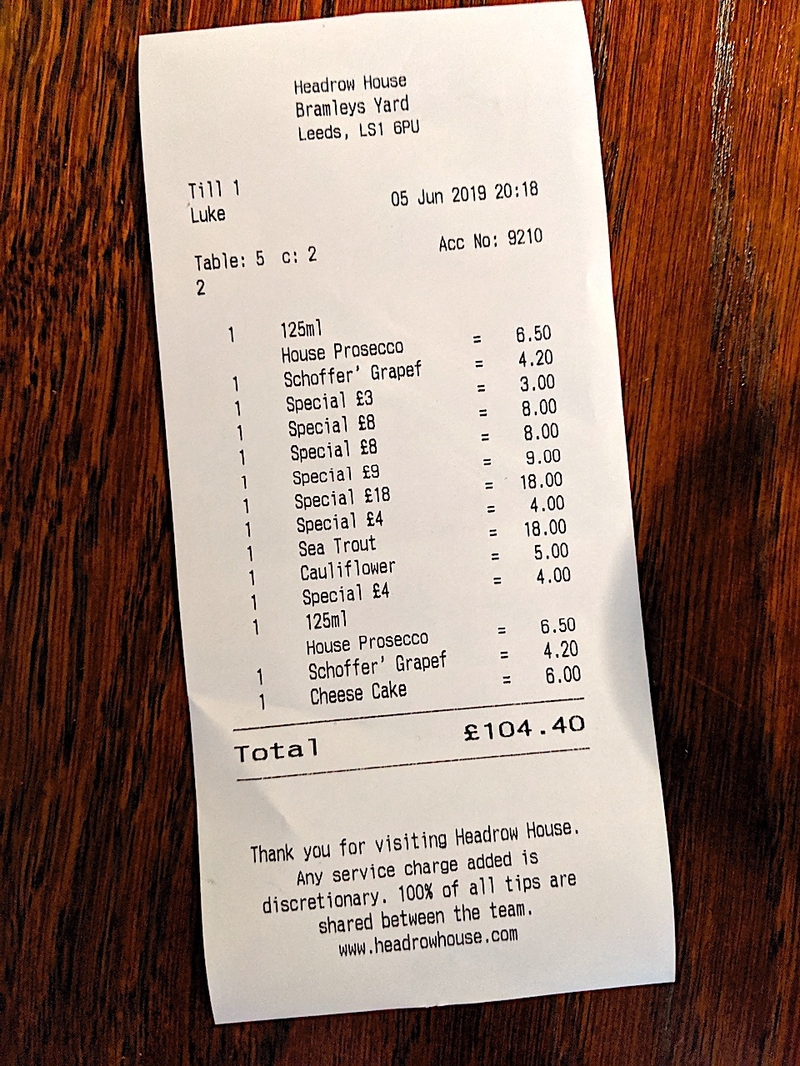