The beer industry has been rocked by an Instagram campaign to expose sexism and harassment.

Northern breweries mentioned by contributors to the campaign, many of whom wished to remain nameless, include Manchester Marble Brewery and Leeds-based Northern Monk with national brands like BrewDog also under fire.

The managing director of Marble Breweries, Jan Rogers, has since stood down from her role.

We stand with all those who have shared their experiences. We believe you. We make it our mission to force the hand of change for you

The campaign has been hosted by Siobhan Buchanan, under her Instagram handle @BritishBeerGirl

Siobhan said: “I have been naming names (when told that I can) so that these businesses and people can be held accountable for their actions and their toxic workplace cultures. I want all spaces to be safe for all women, non-binary folk, and other marginalised groups, and nothing will change if we don’t speak out.”

An anonymous story posted in reference to Marble Brewery said:

“Marble in Manchester are the worst employers I have ever encountered and despite being run by women, the most sexist place I have worked for.

"Once, a supervisor sexually assaulted another staff member. This was brought to management and they did... nothing.

"This man continued working, without even a suspension while they 'investigated'. (It's worth noting that this is a few years ago, and this man no longer works there).

"I have multiple horror stories from my time working there. It's a bit of an open secret among Manchester bar workers that they are terrible to work for, but they NEVER get called out because nobody wants to deal with any retaliation."

Siobhan commented on the story, “This one really shocked me, I thought they were good people.”

A further comment by an anonymous contributor said; “as an ex-employee there I can confirm that the last paragraph is very true. It’s a toxic environment and no one wants to deal with the fallout of calling them out.”

Another commenter agreed: “This is literally so well known in Manchester it’s now a joke.”

“Owners/head office show zero duty of care to employees and you are very much disposable to them.”

Another added: “I’d like to stay anon aswell please, but the story’s about the management of the arch would make your skin crawl, absolutely disgusting place to work for.”

Marble initially responded to the allegations by tweeting: “If you posted this and want it investigated you will need to provide us with more details about the specific incident.”

Jan Rogers confirmed her resignation from Marble Brewery in a public statement, which we have embedded within this article.

While the statements may be controversial, hopefully everyone agree with Jan's plea to "remember there are a team of people who work here who have nothing to do with the historical allegations that have been made and they do not deserve to be abused online or in person."

Northern Monk, a Leeds-based brewery, was also highlighted by the campaign. One male poster recalled a specific incident of harassment against a female colleague and spoke of his regret at not doing more to support her.

Northern Monk issued a statement that read: "We have been in correspondence with a number of former employees who have expressed their dissatisfaction with their experience working for our business.

"We feel it is important to formally acknowledge the fact that we know we haven’t met the mark for all of our employees and we offer our apologies to those who did not have the experience they hoped for within our business.

"This statement is about our commitment to the journey we have been on and the steps we have taken to improve. We are listening and learning and will continue to do everything we can to try to raise the bar for anyone employed by our business."

A commenter responded: "I think it’s really important that Northern Monks hollow message is exposed for the manipulation attempt that it is. My time working at northern monk ruined my mental health, my confidence and left me feeling like my hard work had been abused.

"I want to make it clear that the toxic environment I found myself in is abuse. If it seems like NM are in shock at the reports of many members of staff, it is because they choose to ignore the suffering they perpetrate because it serves the business. I do not think there is any rephrase of a statement that comes close to taking responsibility for the individual damage. Don’t believe the front." 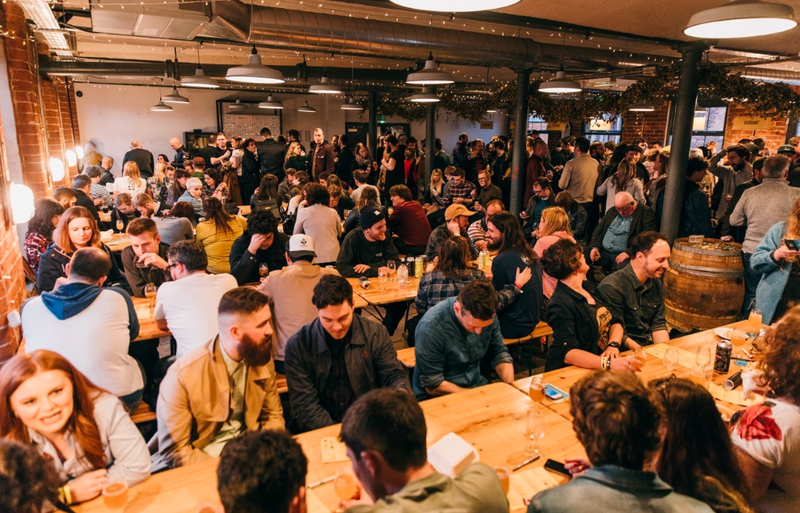 Women On Tap, a CIC supporting women in the beer with an emphasis on the northern scene, has taken up the reins of the campaign.

The community interest company said: "We are deeply saddened to see some of our sponsors recently cited in a number of personal experiences relating to discrimination, harassment and abuse by former employees - mostly women."

“We stand with all those who have shared their experiences. We believe you. We make it our mission to force the hand of change for you.”

The organisation has removed any reference to sponsors that have been mentioned from their festival material and have considered and money received from sponsors a "reparation”. The CIC explained that “We have allocated our funds for this year, and returning sponsorship money would mean that we can no longer pay all the people - almost all women - that we have engaged for the 2021 festival.

"We have therefore removed their names as sponsors from our website and consider their sponsorship to be a reparative donation. There will be no further sponsorship publicity regarding them from Women On Tap, and they will not receive sponsorship benefits.”

The Women on Tap festival runs from 9-13 June with a mix of in-person and online events, including a discussion of harassment in the industry

If you have been affected by the issues in this article you can contact The Drinks Trust for support. The Trust provides individuals with services for vocational, well-being, financial and practical support. These services are intended to assist with and improve the circumstances of members of the drinks industry.