Classics like al pastor and carne asada are all represented, and there's Mexican takes on bar and comfort food like chicken wings and poutine (which we can officially confirm is the absolute business). They’re in residence for the next three months; don’t sleep.

Combining fine dining with the all-you-can-eat buffet model was never going to be an easy thing to pull off, so Cosmo Luxe didn’t even try. Don’t let the “Luxe” fool you, this is the same old food from the venue’s previous life as regular old Cosmo - there’s just less of it and it’s almost twice as expensive.

Decked out like the lovechild of TGI Friday and God’s Own Junkyard, Leeds’ latest New York-inspired bar is totally, unabashedly OTT and full of theatrics. By day a small plates, grill, and sushi restaurant; at night it becomes the kind of bar where fireworks are mounted on champagne bottles before serving.

More of a revamp than a brand new opening, but comprehensive enough that you’ll see the place in a new light.

A bold, contemporary new exterior will catch your eye as you pass on your daily trudge to and from the train station, and the decent craft beer selection and opportunity for people-watching on the roof terrace should keep you there for a while.

What would a new month in Leeds be without the launch of a new “Indian street food” gaff? This one has nightclub-esque neon strip-lighting, almost a dozen flavoured sambucas, and a bloke who stands outside trying to tempt you in with the prospect of “indian tapas”.

That extra 10 minute walk to get to Bundobust doesn't seem so long now, does it?... 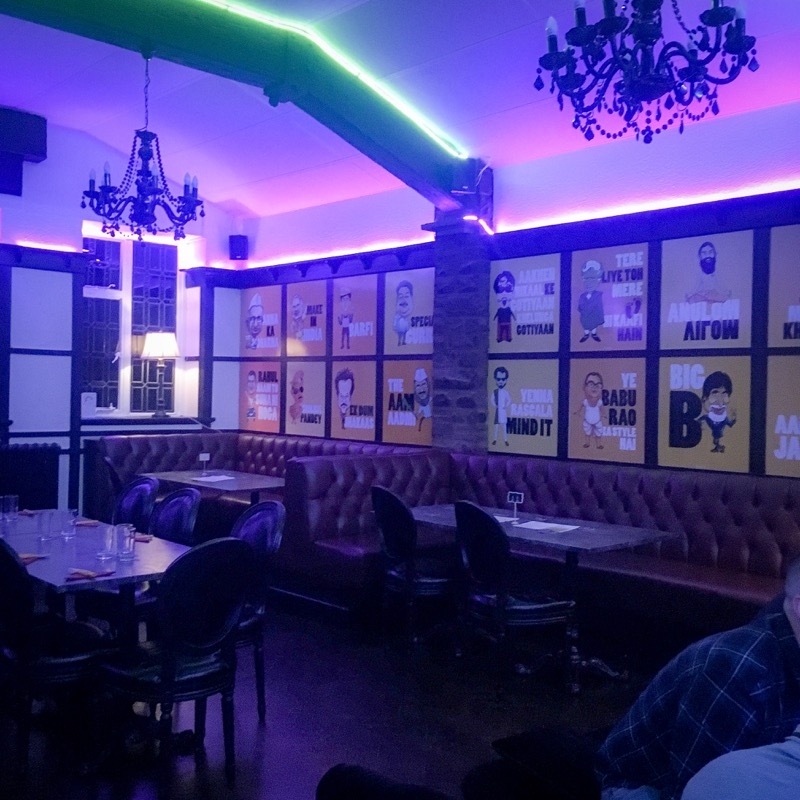 Even the “we want plates” brigade will surely make an exception for this one: no-nonsense carvery not served on a plate, but in takeaway boxes. Already a huge hit with the student population that surrounds the Cardigan Road restaurant causing it to sell out before teatime at weekends.

Nothing costs much more than a fiver, so don't expect it to be up there with Blackhouse and The Reliance in terms of quality, but then again you can't binge-watch Narcos in your pyjamas while eating your Reliance roast. 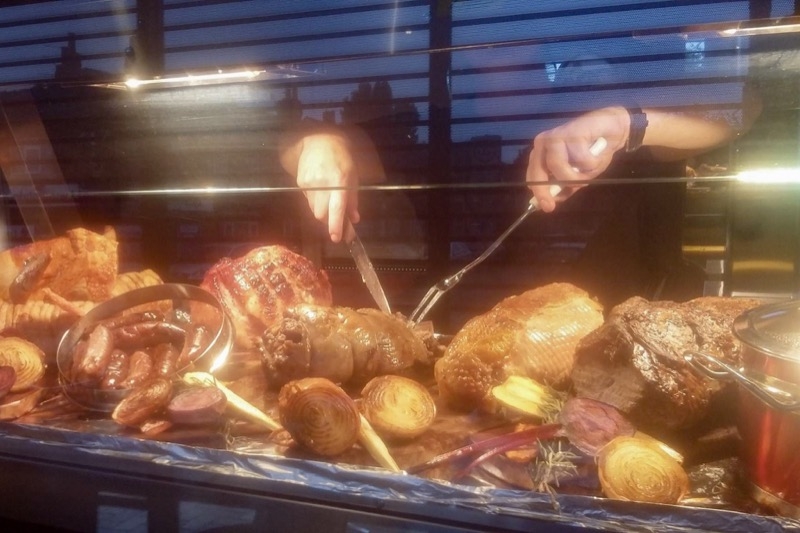 Cult Leeds-based fashion & lifestyle brand Red Temple Prayer have spent the past few years kitting out trendy peoples’ Instagram feeds with heavy metal-inspired homeware and accessories - think Habitat for the tattooed - and this month they’re making the jump from online to real life with their first shop.

If you’re more interested in what goes into mugs than what’s printed on them, you’ll be excited to hear that the HQ doubles as a coffee and donut shop, working with Dark Arts coffee to supply the drinks and Leeds Bread Co-op for daily fresh-made donuts with plenty of vegan options. Prepare to see a LOT of photos of their galaxy-print donut, might as well start now:

This new announcement from the guys behind the Corn Exchange’s Little Leeds Beer House sticks with the “ace beers in a pretty shopping centre” formula nicely. This one will be more of a beer cafe than their existing bottleshop, complete with table service and a separate tasting room for private bookings and special events.

Ever since being founded by childhood friends in 2002, gelato cafe Amorino has stood by its philosophy of exacting “standards of quality, consistency, pleasure and flavour”. Do you know any other ice cream shops that have a philosophy?...

Still, it seems to be doing pretty well for them: in the past fifteen years they’ve opened branches in almost fifty cities around the world. Their latest one is coming to Victoria Quarter in 2017, and it’ll be the first one in the UK outside of London. Keep an eye out for their signature gelato roses.

It’s finally got an opening date! And a venue! The Leeds branch of Nottingham’s Kitty Cafe that lets you admire, pet, and play with dozens of rehomed rescue cats is opening in the former Yorkshire Bank building on Kirkgate on Monday 11 December. Originally pencilled in to open this summer, the opening has been delayed while the building undergoes a half-a-million-pound refit to turn it into a playground for its 35 new residents. Due to demand, membership is essential - to find out how to join call 0115 7525680 or email info@kittycafe.co.uk

As we mentioned early last month, planning application for the 195-cover Ivy Brasserie has been granted for three outward-facing units in Victoria Quarter. No word on an opening date yet, but even with work apparently already under way it's gonna be touch and go if they want an all-important pre-December launch.