Hedonist Project to relaunch... but who is Olivia?

Lucky for some, the new concept is go from Friday 13th

AFTER three years of being a hugely successful pop-up hub, The Hedonist Project is again reincarnating itself on Friday 13 April. Its home at 156 Briggate will be completely revamped, re-emerging as a global drinks and Spanish food destination, centred on a character called Olivia...

Menus inspired by people are an ongoing trend (check out both Lost & Found bars), although Olivia is entirely imaginary. The experienced team behind the new Hedonist say they chose the moniker because it’s “a lovely Shakespearean name with an admirable balance of strength and femininity, perfectly suited to the bar’s authenticity.”

The re-designed venue aims to be a sleek, atmospheric place with relaxed seating, contemporary artwork and a remodelled bar featuring extensive drinks menu in the form of a travel guide. Focusing on one city, region or even an entire country, it is developed through Olivia’s ‘experiences’ - the places she visits, local cultures and customs she discovers and even memorabilia from the hotels she stays in. Maybe not Premier Inn then?

The Hedonist Project first launched in the spring of 2015 as pop-up bar known as Hogarth’s Gin Joint, based out of the Northern Quarter in Leeds. Its quirky idea of reinventing the bar every few months quickly built traction and the first notable concept, The Rum Shack, proved an instant hit with locals; selling over 800 bottles of rum in just over ten weeks.

The end of the lease forced the team to find new premises at 156 Briggate, where they set up a permanent bar launched as Liquor & Whisky in partnership with Diageo. Conceptual overhauls continued, however; with incarnations including Old Tom’s Gin Kitchen, Trader Dan’s Surf Shack, the festive wintry delights of Mountain Lodge and whiskey dive bar 51st State.

Alongside the new ‘Olivia’ concept, they are planning monthly takeovers with notable bars from London, Edinburgh, and across Europe.

What you say
Got an account? Login, to comment/rant.
0 Opinions
Read Next
● / Best Of LDS 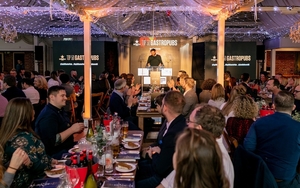 Four northern pubs made the top 10 - but which ones?

How did Yorkshire fare in the Top 50 Gastropubs list 2020?
● / Latest Reviews 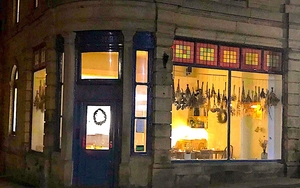 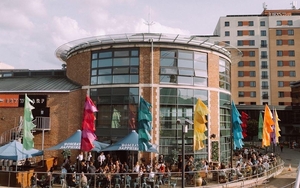 Oracle Bar and Nightclub to close after 15 years
● / Latest Reviews 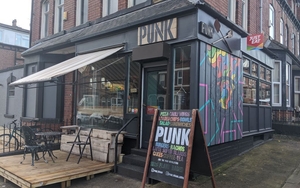