Leeds might be a magnet for ambitious young professionals, the digital tech hub of the North, a retail destination city and boast the biggest legal and financial sector outside of the capital, but to understand the foundation of the city, its fabric, and the source of its proud and persistent spirit, look past the cocktail rooftops, the endless gin joints, and the seemingly picked-at-random collaboration concepts, and tour the traditional pubs of Leeds.

Some of these are the heart and soul of Leeds life, and through cunning reinvention, seemingly always have been. In some you have regulars sat silently and unmoved at the bar, simply observing life, others might blast Dolly Parton from the jukebox at 1pm on a Tuesday with no irony whatsoever, to a crowd best described as "characters". At any given time of any given day, this is where Leeds life truly happens.

Adjacent to the former Tetley's site, the Adelphi manages to blend seamlessly into any regular bar crawl. Its four separate rooms running at tangents to a central bar prompts a homely atmosphere, and with a good selection of locally brewed ales and an excellent food menu it is not hard to see how this is one traditional pub that continues to resonate with generation after generation.

Arguably the most well-known pub in Leeds, and certainly one with a fascinating past, with visitors to the city popping in for a quick one before the train and thus often not knowing any other establishment across the city.

As a result of its prominent position opposite the train station it is always busy, particularly on Leeds United matchdays, and as a Nicholson’s pub, food is decent and the beer range is always eclectic and ever-changing. And yes, it is Scarbrough not Scarborough.

A pub that reeks of Leeds, and in a good way too. Charming and elegant, its feature wooden booths and resplendent bar screams Victorian class and style. Airy and spacious, it's another pub that always seems to be nicely busy but never rammed. Formerly a Nicholson’s pub now under new ownership, it features neatly on a crawl of the best pubs and bars of Leeds, and if pushed, many Loiners would claim it their favourite ‘pub’ in the city.

One of the four pubs that sit almost covertly up the narrow lanes that run from Briggate. The Angel has appealingly-constricted, winding stairs between floors and open fireplaces that create a welcoming ambience. Marvel at the change you get from a tenner when being served at the bar, and as a Samuel Smith’s pub, the accompanying food is simple pub fayre that just about does the job.

The Leeds institution and indeed the oldest pub in Leeds, dating back to 1715 when it was known as the Turk’s Head. That name has been revived in recent years as an offshoot bar at the top of the lane, but Whitelocks itself remains gloriously untouched and a must-visit box to tick for any visitor to Leeds. The pub has embraced the here and now with local beers and a fine food offering.

A city centre pub that has survived the smoking ban and pretty much any concession to the 21st century. A plucky attempt to depict Leeds United legend Billy Bremner in painting form adorns the wall and the seaside café-style leather bench seats could probably tell a story or two in a pub that has plenty of history. There is no food, and no hand-pulled beers, just a meagre selection of big name ‘favourites’ on the bar, and when I last visited it appeared that karaoke was imminent, which made for an interesting Sunday lunchtime...

Well-appointed with parquet flooring and playing Underworld at a respectable volume on a Sunday lunchtime, this is a pub that has welcomed current tastes with a good selection of hand pulled beers and a fine array of gins.

There's a warmth to the Horse & Trumpet, with a decent range of clientele and even a friendly sign asking if you want ‘dimples or simples’ as your style of pint glass. Food is also refreshingly presented as unfussy accompaniments to beer, and an absolute bargain to boot; sausage rolls 50p, Scotch eggs £1, pork pies 2 for 50p and Cornish pasties £1. Dig in.

Somewhat isolated in what has become a mini-Thaitown, the Templar still appears to be going strong. Long and narrow like all the best pubs in Leeds, the Templar offers some good beers, including a selection of pale ales, Belgian and Blonde beers. There is a convivial atmosphere with people sat in groups chatting, rather than propping the bar up in unspoken cooperation, and one patron amusingly tells a tale confusing Black Friday and Mad Friday within my earshot. 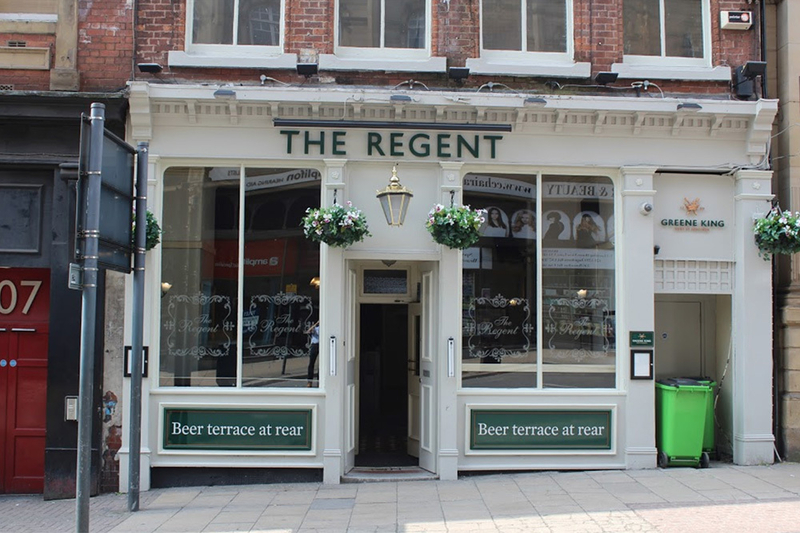 Perched adjacent to Kirkgate Market, the Regent is the one pub you think could maybe do better for itself. With polished wooden floors and bright double windows at the front, there is a feel of a Call Lane bar to it, in size, shape and ambience. But with a fairly sparse selection of beers it won’t feature strongly in a crawl around this emerging area just yet, although it did play a fine medley of Trojan Records classics.

Well known as a feature of any saunter round the best real ale pubs in Leeds, the Grove has doggedly survived the nuclear winter of transformation around it. Sitting incongruously behind the towering Bridgewater Place, the Grove is a good diversion from the Water Lane pubs and offers fine ales and regular live music.

Another hardy perennial of the real ale scene, the Duck & Drake carries on that tradition today with a great selection of local cask ales and a good sized band room that regularly bounces, quite literally, to the sound of ear-splitting live bands. A staple feature in any decent Leeds city centre pub crawl, this pub pays homage to music legends in its décor and stays faithful to the ambience it has created over many years. 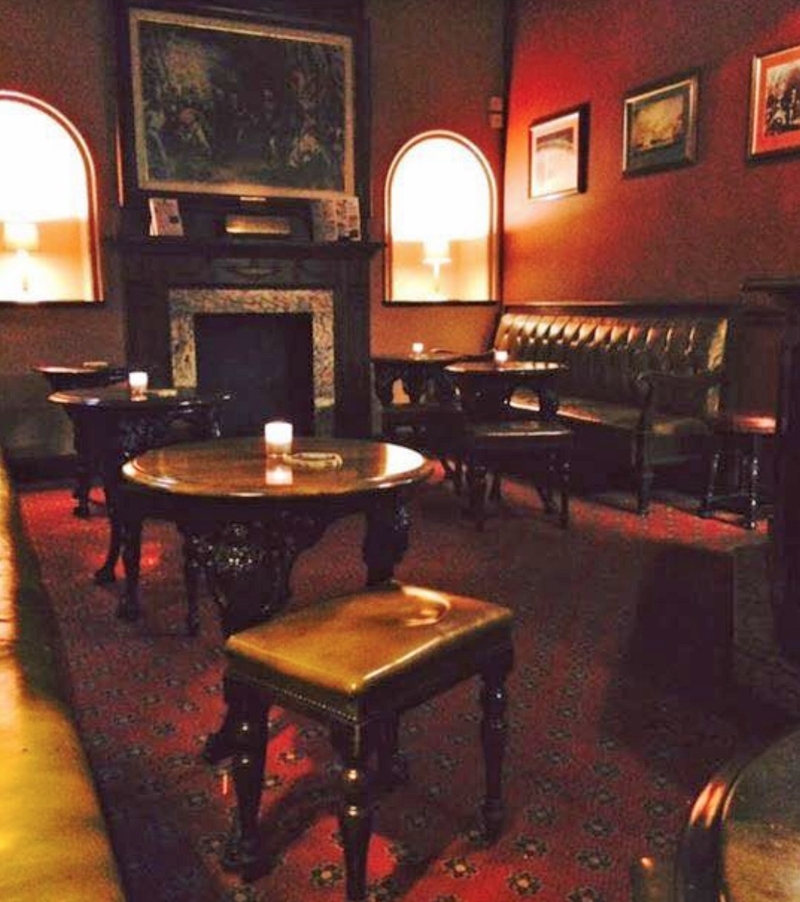 When cultural planners talked about Leeds being a 24-hour city, they didn’t have the Duncan in mind, but its patrons have adopted that mentality and seemingly at any given time of day it is home to people with a thousand stories and a thirst for some of the cheapest beer in Leeds. A Samuel Smiths pub, it is in need of some love inside, but there is a good buzz and an endearing quality that stays in the memory.

Wet February - The best beer, wine and cocktails delivered to your door in Leeds
What you say
Got an account? Login, to comment/rant.
0 Opinions
Read Next
Web Design Manchester MadeByShape