This is Leeds' only good news column: LFW glory and takeaway wins

Everyone loves a bit of good news don’t they? Yet the media might be at its most depressing yet. If it ain’t bad, it seems, it’s not worth reporting.

We don’t agree, which is why we’re bucking the trend with a new monthly roundup of our favourite local news stories. The little wins in life may not be headline news, but they’re still worth celebrating. So forget Brexit, grab a cuppa and remember that life’s not all bad…

Leeds United back on top

It’s been a rough old time on the pitch and off of it but, this weekend, Leeds United thumped promotion rivals West Brom 4-0 to go top of the Championship. Having already taken more points this season than in the whole of the last, here’s hoping that they can build on it and take us back into the top flight - where we belong.

In a move that’s set to offer significant support in the TV and film sector, the Producers Alliance for Cinema and Television (PACT) is set to open a new Leeds office later this year. In the first outside of London, new employees will help locals grown their own businesses and win commissions, working with members in production centres all around the UK. Proof that entertainment does exist outside the capital.

Having built a name for himself in his native York, Matty Bovan flourished at LFW AW19 with a collection that Vogue described as ‘flamboyance that captivates(s) the creative crowd’. Teaming up with leading brand Coach on accessories, it appears Bovan’s star is very much on the rise, working in successful conjunction with his role as senior fashion lecturer at Leeds Beckett University.

Student helps others with Oxbridge offers

In a move that defies stereotypes of millennials as single-minded narcissists, 21-year-old Joe Seddon from Morley has decided to use his experience of studying at Oxford to help others with the process. Although he doesn’t describe himself as under-privileged, Seddon has acknowledged that many would-be candidates from his area are, and is working on a free online mentoring service to assist talented pupils from disadvantaged areas across the country in interview prep and application writing.

Crossgates-born Carolyn Robertson experienced a career highlight this month when her story Two Dads was read out on CBeebies by Will Young as part of LGBT Month. Robertson was inspired to write the story - of a child adopted by two men - after searching for picture books to read to her own adoptive children, and finding nothing that reflected a same-sex parentship. Alongside her other book Two Mums and a Menagerie, Robertson is making a huge difference in increasing visibility and acceptance towards diversity within a young audience.

Leeds eatery Indian Fusion curried favour at the first ever English Asian Food Awards, winning Best Takeaway in both the Northern and overall categories. Celebrating the increasing diversity of the Asian food industry, the ceremony took place in Manchester and is set to return in 2020.

Commuting into the city centre is about to get a whole lot easier with the introduction of a new park and ride site. Proposed for Alwoodley Gates, it’s aimed at those travelling from Harrogate and North Leeds suburbs into the centre, reducing congestion and contributing to the city’s clearer act scheme. If plans are approved, the site should be open by early 2021.

In recognition of the pressures placed on students, Leeds Beckett University has created a free platform for mental health and emotional wellbeing support. Commissioned by digital pioneer XenZone, Kooth Student is an anonymous portal that can be accessed by any of the uni’s 28,000 students, with a library of self-help articles, mood-tracking functions and the ability to send and receive messages directly with a qualified counselor. Powerful stuff.

Coffee recycling scheme set to expand across the UK

Noticed those coffee recycling points in the city centre? The scheme has been so successful that it’s set to roll out right across the UK. The first of their kind, the Leeds recycling points have collected nearly 250,000 cups since October, a fair dent into the 2.5 billion binned in the UK every year. Who knows how many we could save if we recycled in every city?

Still high off the success of its vegan sausage roll, Greggs has maintained its hero status by sponsoring a breakfast club at a Chapeltown school. Teaming up with Ward Hadaway’s Office, the breakfast club scheme is serving Dixon Trinity School among a pledge to 500 schools nationwide, helping areas where food insecurity is at its highest. It remains to be seen whether sausage rolls are part of the offering, but PR teams assure us the food is ‘healthy and nutritious’.

Basel, Switzerland: 'Art with a capital A'
● / News & Comment 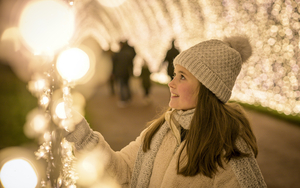 Every boy and every girl, light up your life 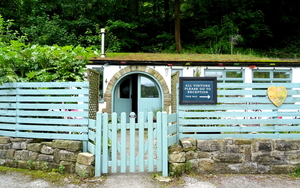 Sarah Cotterill takes a drive out of the city to explore the hidden West Yorkshire...