From One Foot in the Rave to Viv Albertine and the M&S archive...here's what impressed us and what didn't

It’s hard to believe that it’s been a full year since we last crowded our way into the big Perspex box on Briggate but, lo and behold, Leeds international Festival is over for another year; having united the city in all things music, fashion and digital culture.

With a hefty roster of events, we were spoilt for choice in terms of what to fill our schedules with, but were pleasantly surprised at the sheer scope of this year’s line up.

From the sex robots and Britain’s first astronaut right through to Mexican Morriseys and House Gospel Choirs, there really was a bit of everything to get stuck into. That said, there are a few changes we’d like to see for 2019.

Here are the events that ticked our boxes, and the ones that fell just short of the mark…

Senior lecturer at Manchester School of Art, Adam Murray is a man who bleeds northern fashion culture. Through his Preston Is My Paris photography project, and as an academic, he talks with wit and humour about the recent history of northern imagery in high fashion, and derides the nostalgia that so many northern cities allow themselves to get bogged down in.

Stepping aside from the Gallagher brothers, Hacienda and Joy Division for an evening, Adam’s talk references the new generation of northern inspiration - namely the work of his second year fashion direction students. He also takes us on a short walk to the Village bookshop, where we’re treated to an exhibition firmly rooted in the here and now: sourcing garments from fashion design students, choosing local backdrops and finding ways to integrate the north into their imagery in a way that isn't all chip shops and grubby washing lines. It’s an inspirational sight, and one that deeply encourages personal creativity - we leave with an armful of magazines and the desire to get to grips with our own camera. 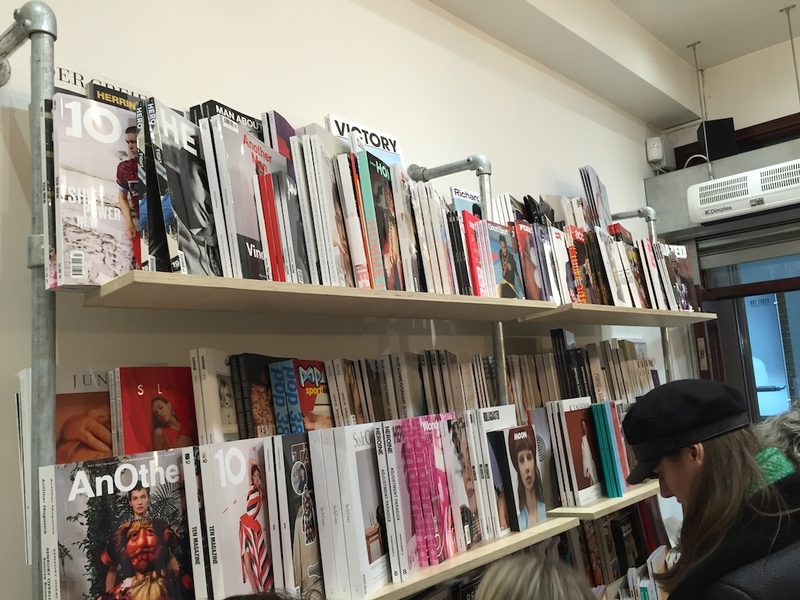 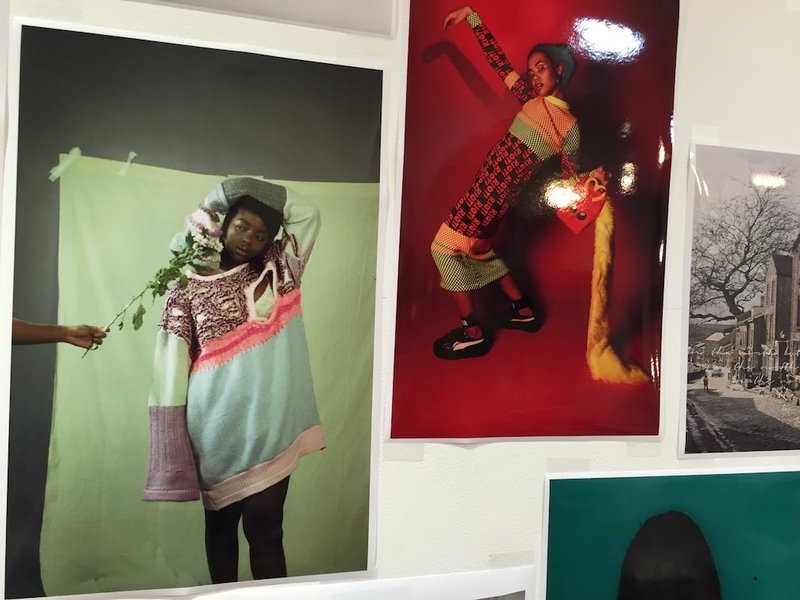 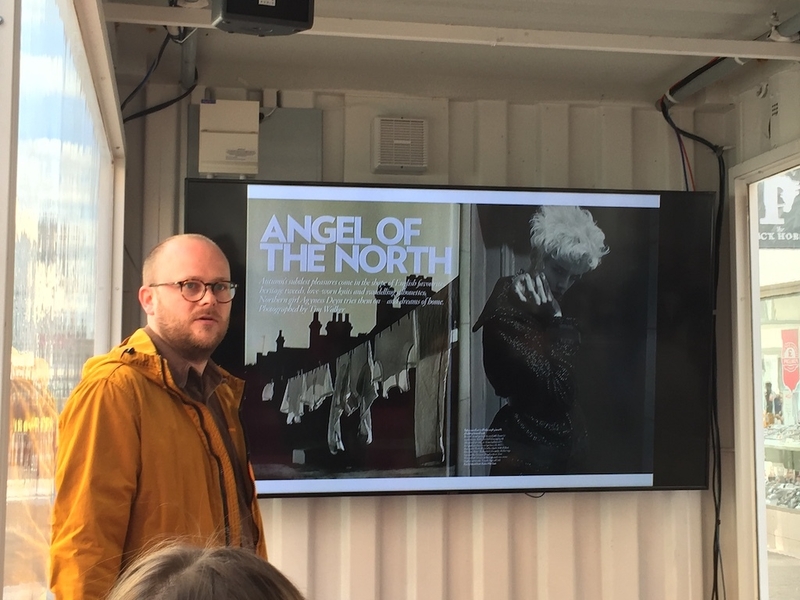 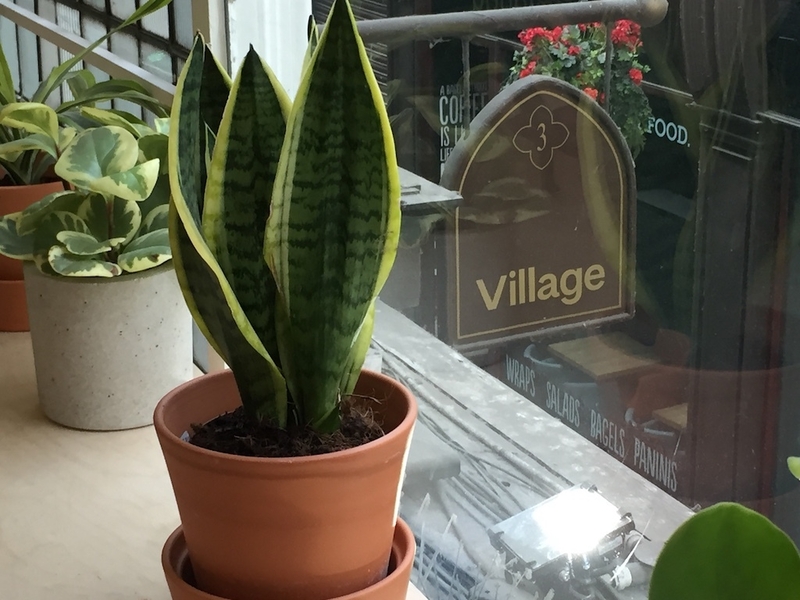 One foot in the rave exhibition with Suzie Mason

For the purposes of LIF, the space opposite Superdry inside the Trinity Centre is turned into a thumping all-dayer, pounding out funky house in an interactive exhibit of the history of the Leeds club scene. Many of today's students will know of Church and Wire, but few will know just how esteemed Leeds was as a clubbing mecca in the 80s and 90s; home to nights that would go on to make a significant impact in the progression of inclusivity in club culture.

Suzy Mason - founder of The Kit Kat Club, Vague and Speed Queen - has stories galore on acid house, using music to unite warring states and running a business on sheer instinct. And she is responded to in kind by an audience that hang on her every word, all chiming in with their own memories of the club.

At times dissolving into something of a school reunion (to which we weren’t enrolled), One Foot In The Rave does occasionally lose itself in a sense of nostalgia that may have suited a more private meet up, but the accompanying exhibition is hugely insightful for any dance head: flyers, photos and narrative paint a picture that is intoxicating even to those who weren’t born until the mid 90s. 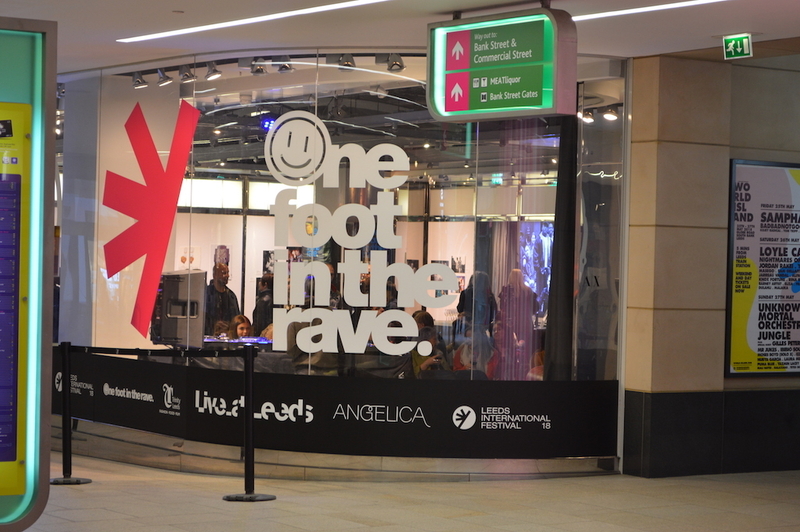 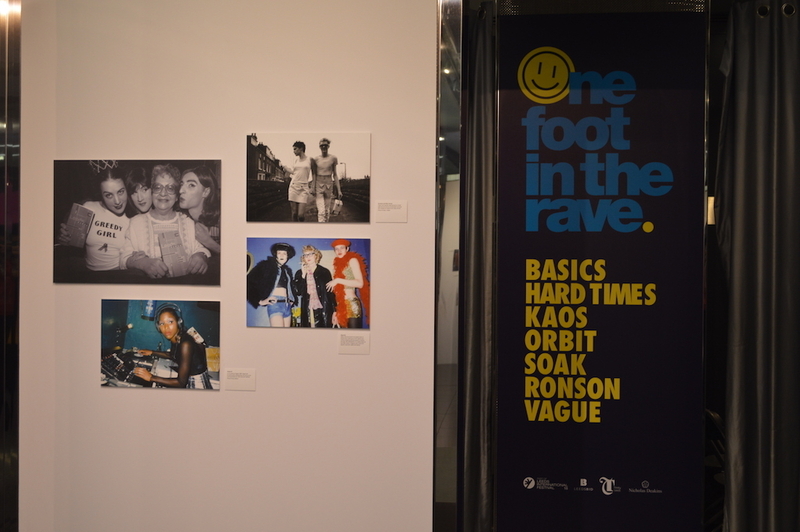 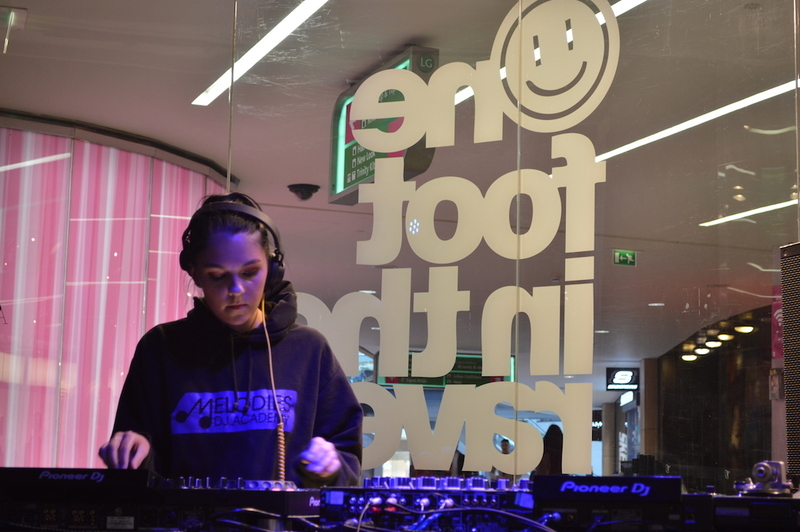 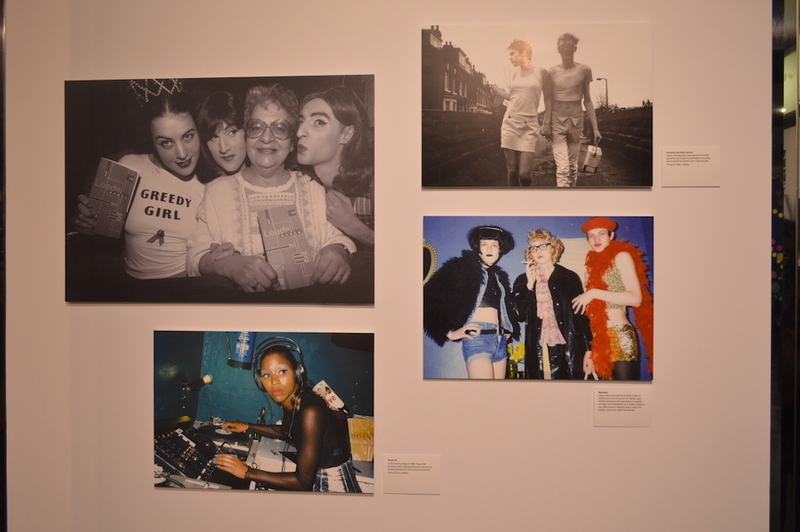 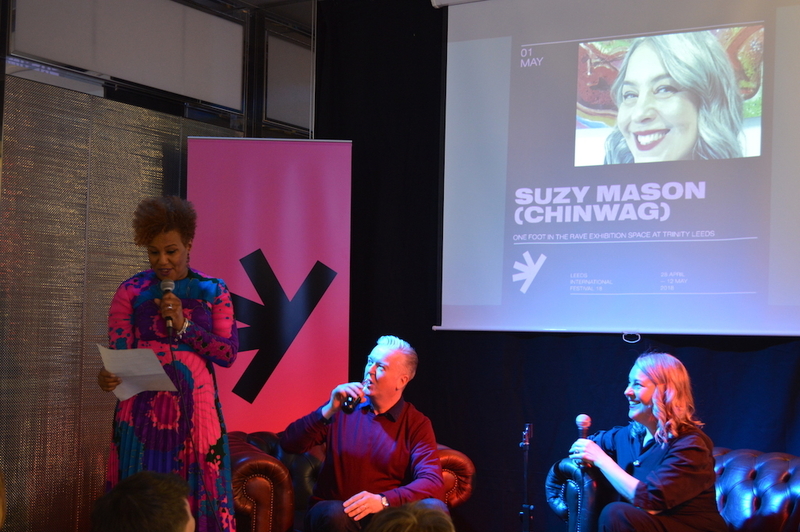 In Conversation with Sadie Williams

Bringing things right back to the present day, Sadie Williams is a young designer with a starry future. With collaborations with Barbie, And Other Stories and Swarovski under her stylish belt, her tale of making garments in a world that requires you to be an all-rounder is both relatable and inspirational; delivered in a friendly, informal setting that allows you to feel as if you know her personally.

Through an extensive slideshow that tracks her design process, inspirations and future goals, Williams has fashion students in the front row enraptured, demonstrating that - although money can be tight and curveballs can be thrown - it is still possible to carve out a career as a creative: a refreshing dose of optimism in a industry stereotyped as ruthless and cold-blooded.

The first sign of festival season, Live At Leeds is a city staple that’s has been seamlessly woven into the fabric of the International Festival. Fatefully planned for what seems to be one of the hottest days of the year so far, venues right across town swell with sweaty bodies desperate to catch the likes of The Vaccines, The Horrors and Circa Waves.

Personal highlights include Idles, a band unafraid to speak out about toxic masculinity, Brexit and even Sainsbury's over guttural riffs; and the ever-quirky Superorganism, who at least partly make up for the billing’s distinct lack of female talent with a fun set that offers up stunning visuals in keeping with the festival’s digital ethos. 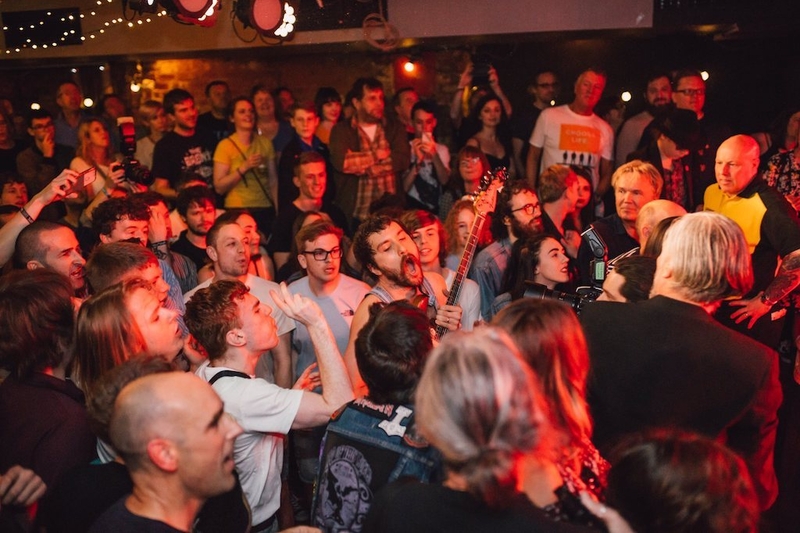 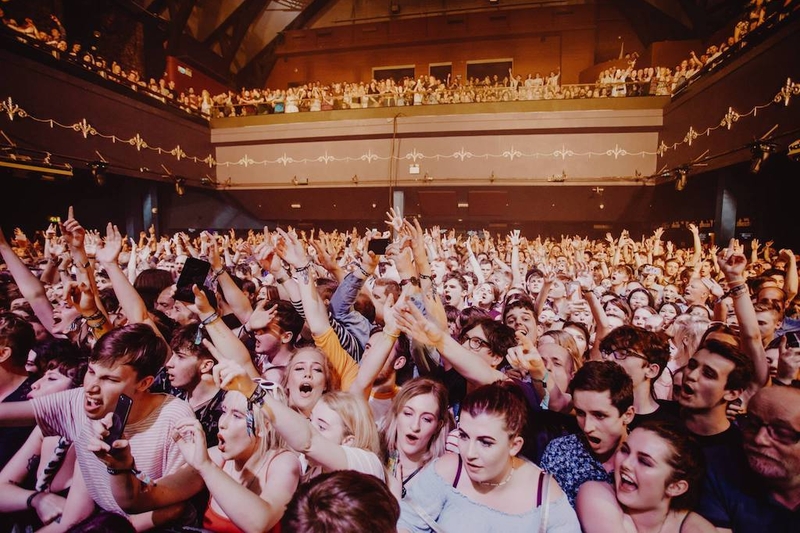 Written into punk history as one of its most expressive female voices, Viv Albertine doesn’t care to be typecast as ‘the girl from The Slits’. In an hour of her company at The Wardrobe, she speaks very little about her musical past; deciding to focus on her work as a writer and, more namely, her brand new book - which acts as something of a prequel to her phenomenally successful memoir Clothes Clothes Clothes. Music Music Music. Boys Boys Boys.

Speaking to Chris Madden of The MAP charity, Viv is as unapologetic, candid and disarmingly funny as her books would suggest, taking us through some very dark memories with chin firmly in the air and a sense of self acceptance that only comes with adulthood. Readings from To Throw Away Unopened cover such subjects as feminism, bickers with adult men, body hair and a volatile relationship with her sister, delivered in a way that assures us no holds will be barred.

“There aren’t many people left in my life to hurt” she explains, and far from pitying her, you’re left feeling vaguely impressed by her defiance, risking the ‘natural female tendency to want to be liked’ in the pursuit of truth. It’s a sobering end to a week of events, but a worthy one - aren’t we all just trying to keep it real?

Marks And Spencer – A Living Archive

An enormous part of Leeds fashion history, Marks & Spencer’s impact on Leeds International Festival unfortunately came across like something of an afterthought. Although we’re huge fans of Claudia Croft and her curatorial choices (what else would you expect from a Leeds lass who’s also fashion features director at British Vogue?), the resulting showing in the entrance of Marks & Spencer felt somewhat underwhelming, a brief point of interest rather than a genuine sight. The work done at the M&S archive is truly remarkable and it would be great to see more made of it next year.

A day of panels, presentations and networking opportunities for those in the music industries, The Unconference is one of Leeds finest learning opportunities for young creatives, but has always fallen on the Friday before Live At Leeds Festival. With very important conversations regarding music, mental health and gender parity taking place this year, we’d love if the Unconference could talk place on a weekend next year, without excluding the day jobbers. Or maybe we’re just bitter that we’re not music students anymore…

Basel, Switzerland: 'Art with a capital A'
What you say
Read Next
Web Design Manchester MadeByShape