Oldies but goodies - Leeds most enduring food and drink institutions

Sometimes the old ones are the best, says Thom Archer

YOU’VE heard all about the latest openings, but what about the places that have stood the test of time? Here are some long-established institutions of the Leeds food and drink scene that might be worth reacquainting yourself with. 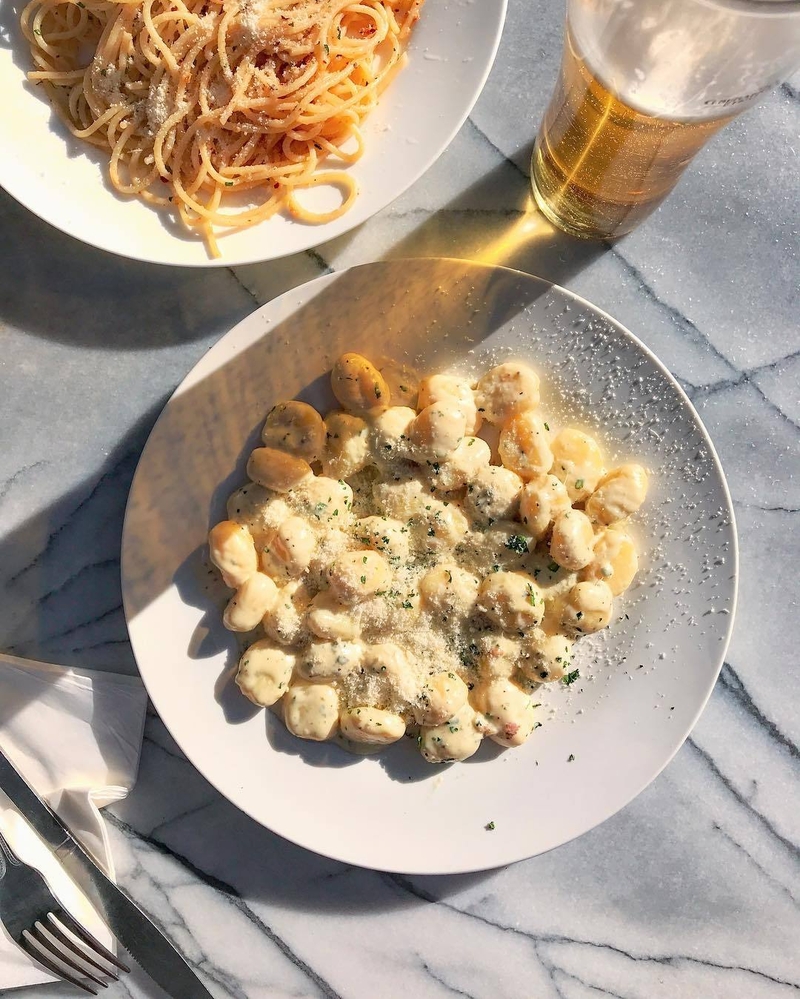 Pasta Romagna’s original matriarch, Gilda, may have serenaded her last customer and berated her last member of staff back in 2015 when she retired, but her food legacy lives on in the traditional red-sauce pasta dishes and crisp-crusted pizzas. While it’s still got the original canteen-style look with terrazzo surfaces and il Tricolore accents, the menu isn’t impervious to change – now offering antipasti platters and regional street food like arancini as well as the 35-year-old favourites. 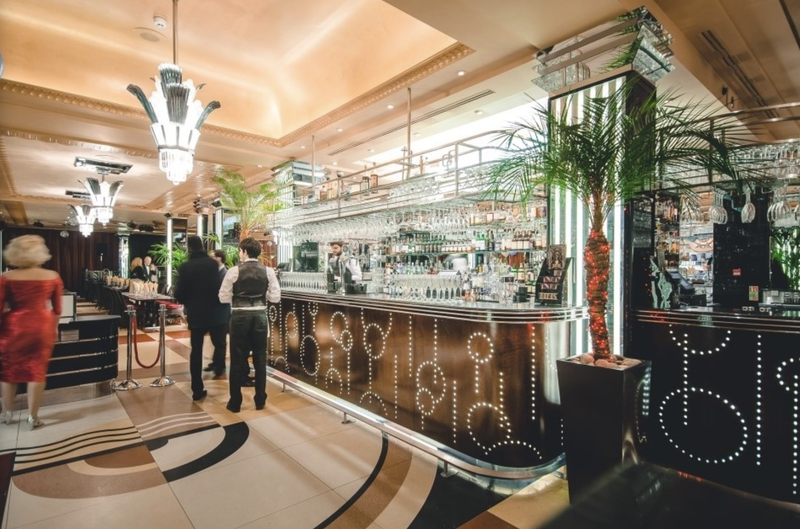 Combining old-school hospitality with a touch of high camp, Bibis’ 250-cover dining room is frequently packed out. All things to all people, on any given night you might find a mix of dolled-up date nights, generations-deep family get-togethers, and Gatsby-themed hen nights taking advantage of the readymade Art Deco period setting. The menu is a bit of a time machine back to when the restaurant launched 45 years ago, but you come here for the atmosphere and service, not the cutting-edge cuisine. ‘Craft beer culture’ was very different 22 years ago. Before Milkshake IPAs were commonplace on supermarket shelves and your dad nagging you to follow him on Untappd (aka Blokémon Go), there was mass-produced lager, blonde ales with suggestive names that would make a seaside postcard groan, and then, out of nowhere, North Bar. Leeds’ original craft beer bar (and one of the first in the whole country) rightfully holds a place in high esteem, and more than keeps up with the new crowd. Two decades, several spin-offs, and an award-winning brewery later, the original North Bar started to show its age, and is currently undergoing a four-week refurb. The original bar has been decommissioned, last seen being carried towards Sheepscar. 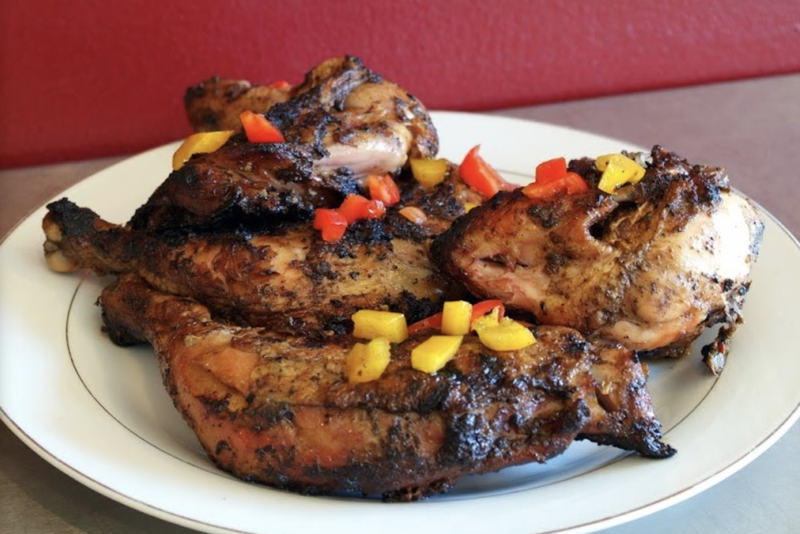 With its familial, kitchen-table atmosphere and hearty home cooking, eating at Maureen’s evokes feelings of nostalgia that pre-date its 2003 launch. Before supperclubs were a thing, Maureen was cooking for members of the local community from her kitchen with an open door. Word eventually spread further afield – even as far as Elland Road, resulting in stars like Rio Ferdinand wanting to go to Maureen’s house for a taste of her traditional Caribbean cooking. Sixteen years after opening, the eponymous 20-cover cafe and takeaway is a certified, unimpeachable Chapeltown institution. (read our review here.) 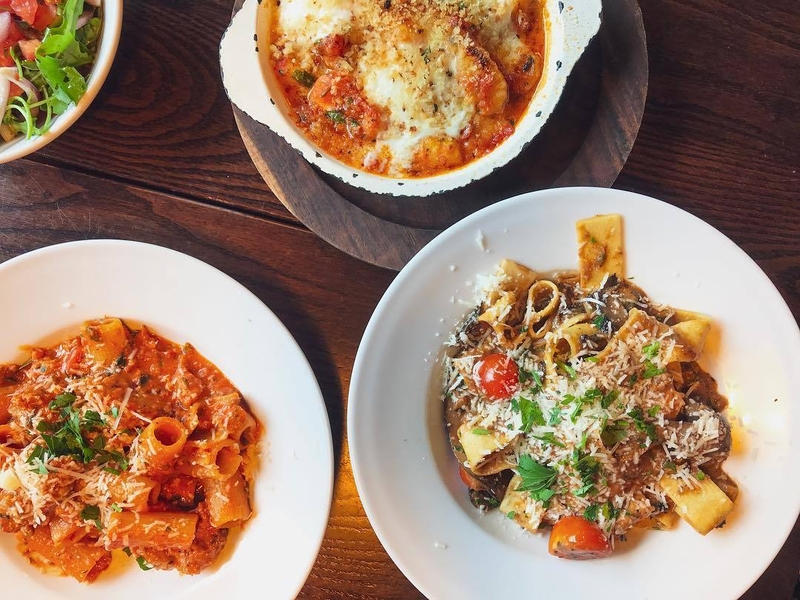 A rite of passage for generations of students who call Headingley home, Salvo’s – now in its 43rd year – needs no introduction. The original Salvo handed the restaurant down to sons Gip and John Dammone, who have kept the place current with frequent menu tweaks, as well as expanding into Salvo’s Salumeria – a daytime deli, coffee shop and venue for regional Italian supperclubs. Being named Britain’s Best Neighbourhood Italian by Gordon Ramsay on The F Word didn’t hurt its popularity, either. Another 40-odd year Italian veteran of the Leeds food and drink scene demonstrates the universal, enduring popularity of Italian food, as well as a snapshot of late 20th-century British multiculturalism. 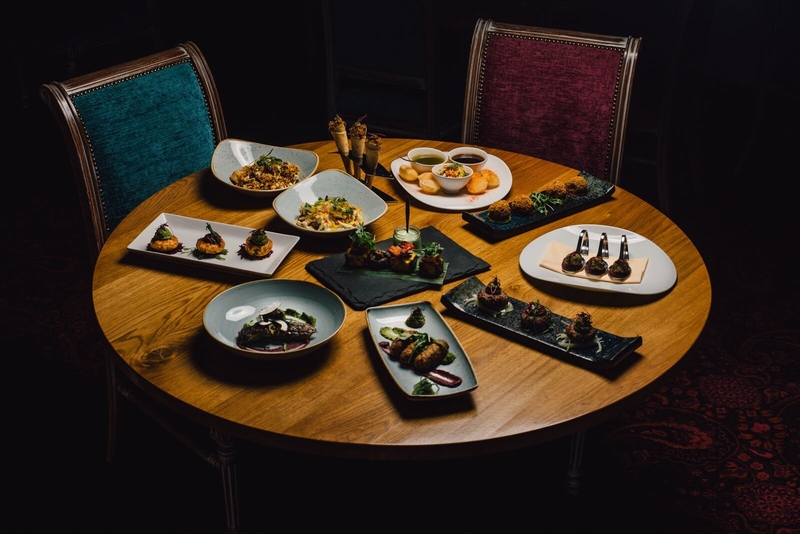 It’s only really the Indian restaurants that can compete with the popularity of Italians in post-war Britain, and Drighlington’s Prashad comes with a Gordon Ramsay recommendation of its own. Starting off as a deli in Bradford in 1992, Prashad was a community hub, a place to pick up ingredients that wouldn’t be found in supermarkets for a good 20 years, and a place for Kaushy Patel to cook traditional Gujarati dishes and snacks unlike anything in high-street curry houses. Kaushy and husband Mohan handed Prashad over to their son Bobby and his wife Minal, who have evolved the ethos into a modern and innovative Indian fine-dining restaurant. Since coming runner-up in Gordon Ramsay’s Best Restaurants in 2010, Prashad has become the only Indian restaurant in the North to be awarded 2 AA Rosettes, as well as a Michelin Bib Gourmand. 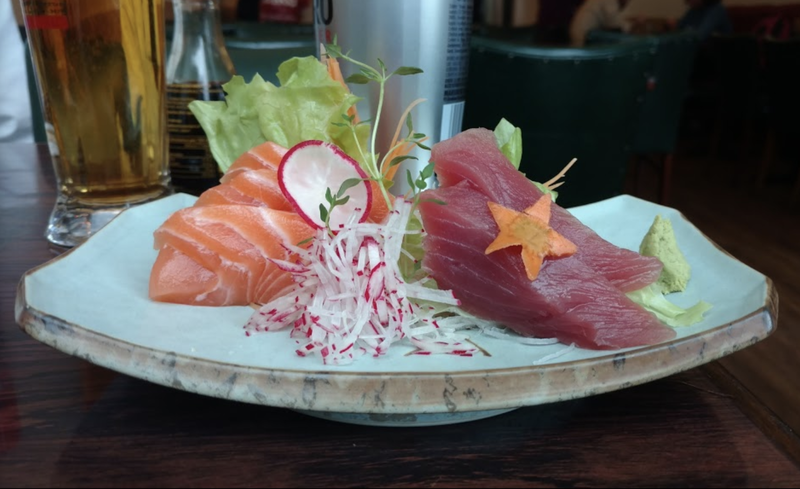 To give some perspective of quite how long Fuji Hiro has been going, an article in the Independent, noting the rise of Japanese food in the UK in the wake of Wagamama’s launch a year before, saw it necessary to point out that the restaurant doesn’t allow smoking inside. 1998 was a wild time. While the 22 years since its launch has rendered its surroundings almost recognisable (RIP Wetherspoons, hello First Direct Arena) Fuji Hiro remains a consistent and dependable spot to eat noodles and not smoke cigarettes. 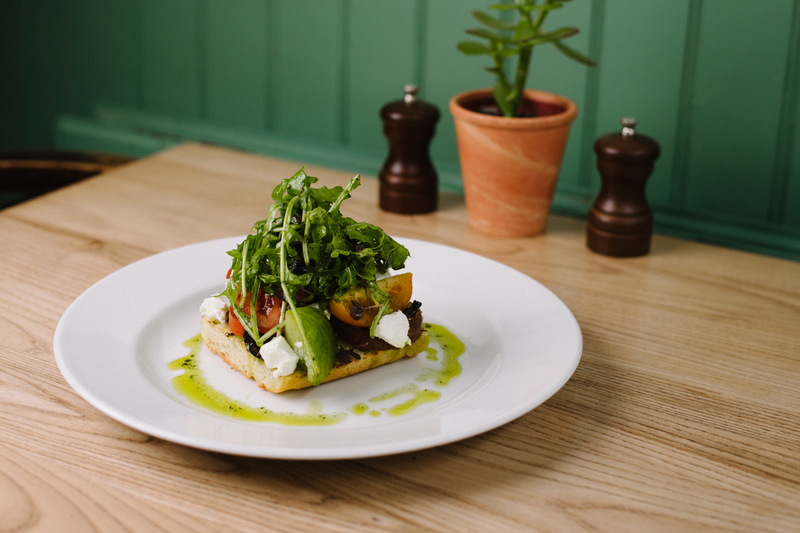 Often overlooked, maybe due to its incongruity among dive bars and rowdy late-night haunts, Arts on Call Lane is one of Leeds’ longest-running independent restaurants, and one of very few British bistros in the city. Launching in 1994, Art’s Cafe was one of Leeds’ first forays into cafe and bar culture, with its modern bistro/art gallery hybrid reflecting the Cool Britannia movement of the time. In 2018 the business changed hands for the first time ever, with its new owners hoping to breathe a bit of new life into the place, starting with a rebrand as simply Arts, as well as a new head chef – Simon Turner, formerly of fellow Modern British stalwart The Reliance. (Read our review.) 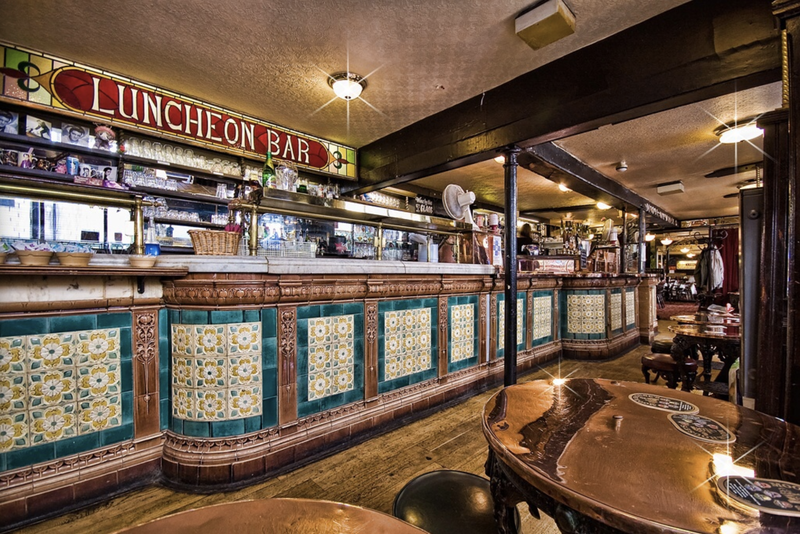 Well, it wouldn’t be a nostalgic look at Leeds food and drink places without mentioning (arguably) the oldest pub in the city, would it? Pork pies, pints and packed-out Sunday lunches  it’s business as usual, the way it has been since 1715.

Now we’ve refreshed your memory with those, if you still fancy finding out about all the latest openings in Leeds, head over here.