Flight of fancy: how a top restaurant pairs its food with wine

A 10-course tasting menu out of the blue in the middle of the afternoon? Yes, please. I’d only turned up at Home, Leeds’ great new restaurant hope, to check out their wine list and two hours later had been introduced to all of the September dinner menu, due to launch the next day.

This is not the kind of stuffy place where a sommelier alone holds the key to the wine racks.

It wasn’t random largesse on the part of chef/patron Liz Cottam. At 3pm after lunch service she and manager Dan Moores were taking their serving team through the bottles earmarked for the wine pairings and, get this, asking for their input. All while co-owner Mark Owens, former head chef at The Michelin-starred Box Tree, Ilkley, was sending out the dishes from the open kitchen.

Restaurant democracy at work. This is not the kind of stuffy place where a sommelier alone holds the key to the wine racks. Every member of staff can give advice to diners on what to drink and with what. 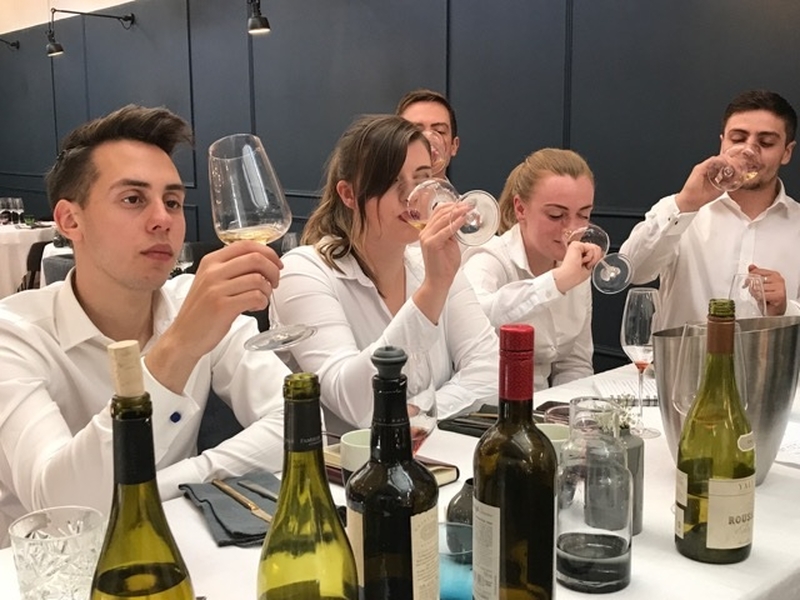 Home describes itself as ‘Fine Dining Reimagined’, responding creatively to the best seasonal raw materials they can source, so it’s not a place to rely on one wine supplier. Where would be the fun in that?

The fun turned serious when four dishes in, the Grant Burge 10-year-old Tawny (Aussie Port) teamed up with the raisin puree accompaniment to swamp a scallop dish. A Vouvray, in contrast, was too unassertive, ditto one of those trendy orange wines (whites made like a red by fermenting the juice on the skins, resulting in a more body and arguably depth of flavour). This one from the Godello grape from North West Spain ticked those boxes.

Still it was good to see how spot-on most of the matches were, notably whipped salted cod, lemon puree and beans on sourdough with a lemony Chateau du Jaunay Muscadet sur Lie (a £32 snip on the list) and another white, the £45 Aussie Yalumba Roussane’s mineral mastery of my stand-out dish of stone bass, chicken thigh and artichokes.

By this time, approaching puddings, there was a steady rhythm to the team’s swirl, sniff and sip, and no lapse in concentration, enthusiasm, or knowledge.

As we nibble on the concluding cherries and chocolate pud, more complex than it sounds, ex-Masterchef contender Liz challenges us to dispute that the Recioto della Vapolicella Cantina di Negrar (£40) is the perfect partner. How can we? It is.

Restaurants with such passion for wine are rare. As with the exceptional food ethos of Liz and Mark, there are no short-cuts. 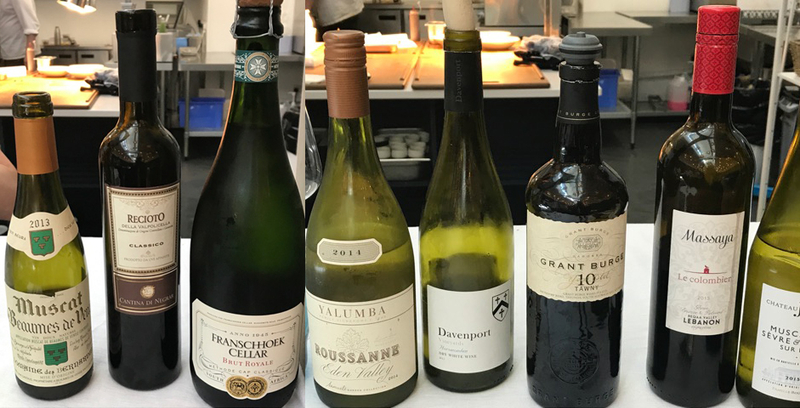