From the crypt to the clock tower: cocktail festival takes over Leeds Town Hall 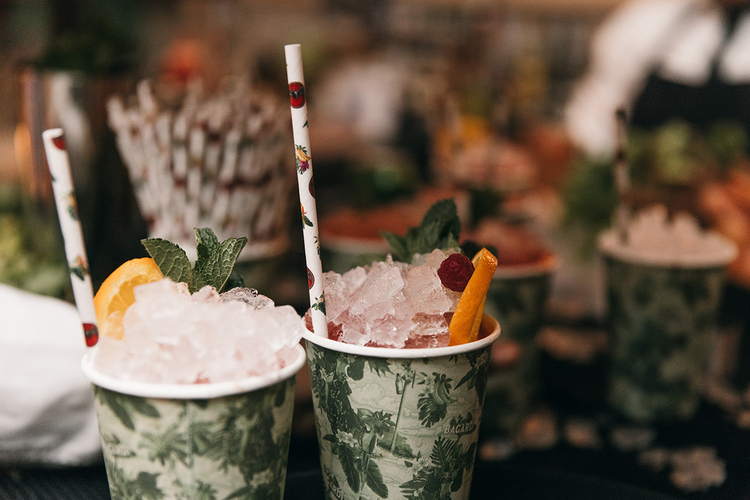 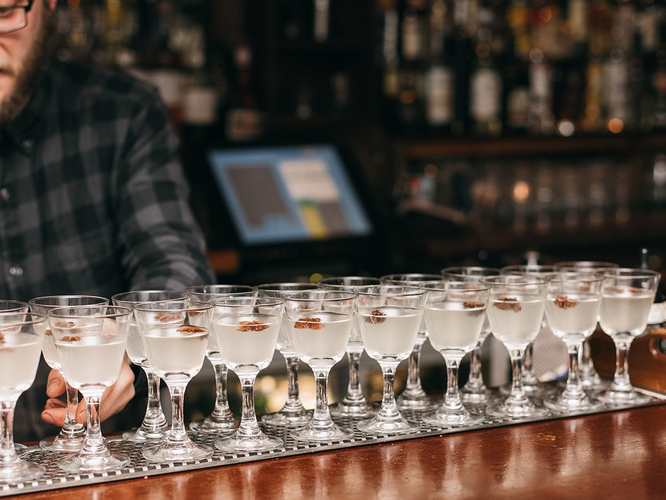 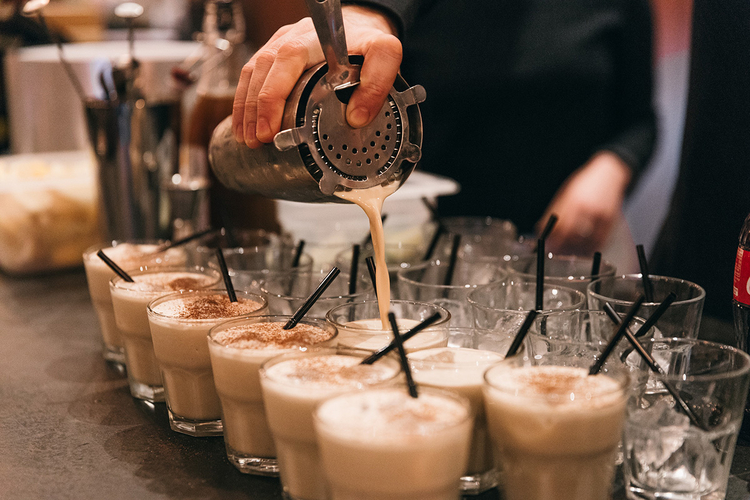 Cocktails in the City offers drinking experiences for experienced drinkers

Cocktails in the City returns to Leeds for its fifth year, taking up residence in the town hall and showcasing the best the city has to offer.

“We pride ourselves on promoting a city’s cocktail scene, the real philosophy is to bring a City’s best bars under one roof” Says Tabara N’Diaye, founder and director of Cocktails in the City. “We were the first ones to do it, and to this day it’s still what we want to do.”

You know the drill by now: turn up, have a nosey at the pop-up bars, [scene missing], wake up the next morning with a mouth like an allotment and a Snapchat story full of cryptic clues as to what went down the night before. Job’s a goodun.

See you at the bar.

As well as the usual array of pop-up bars taking part in a bit of friendly rivalry Cocktails in the City and inviting the city’s pissheads - er, “libation enthusiasts ” - to not just drink cocktails, but to take part in drinking experiences. These experiences come, in part, from the festival’s iconic setting in Leeds Town Hall.

“There are so many quirky spaces that we’re able to make the most of - we introduced those spaces two years ago, and every year we change the experiences and take on new spaces.”

“This year we’re using the prison cells - it’s a space that you have to use - Tick Tock Unlock are going to do escape games which is really cool. You can go up in the clock tower, overlooking the city and drinking cocktails with Blind Tyger, learning the history of Gin & Tonic”

Not a fan of heights or getting locked in a room with a bunch of strangers? They’ve got it covered.

“There’s the courtroom, where in the past we’ve done prohibition experiences, there’s the underground crypt which is dark and atmospheric and really cool - there’s just so many options. You can stay in the main hall and have a cocktail from Malmaison or Angelica, or you can venture further into these spaces for an experience.

We want people to come and have a good time, drink cocktails, discover new bars, and if they can leave with something they learned or an experience of something they did with their friends then even better.”

So you can learn how to create your own unique Duppy Share rum punch to bottle and take home, as well as competing against other creations to see who can “throw the winning punch”, or learn how to fuse coffee and cocktails with 200 Degrees’ Head Barista as they show off their new cold brew concentrate, formulated especially for bars.

“Espresso loses its flavour in the time it takes to turn it into a cocktail, so you get much more coffee hit from using the concentrate” they assure us. I tried it in a Cold Brew Cuba Libre (Coffee, white rum, cola, lime) and was instantly sold.

Pintura are putting on a spread, too, pairing their Basque cheeses, charcuterie and pintxos with a flight of sherry and vermouth cocktails - something Tabara tells us to look out for in the future. “Low ABV cocktails seem to be the new big thing. I’ve been seeing bars use vermouth, sherry, Aperol, Campari - all these liqueurs - more and more. It’s good to see more and more bartenders challenge people’s palettes, playing around with the different flavours available.”

Don’t be put off by memories of Harvey’s Cream Sherry at Christmases past - I’ve had a blast on Pintura’s sherry and vermouth selection, and I’m pleased to announce it tastes absolutely nothing like your nan’s handbag.

As Cocktails in the City grows (This year they’re expanding to eight events in seven cities, including Manchester, Liverpool, and Edinburgh) they’re increasing what they do throughout the year - including a CITC membership card which provides holders with year-round perks like access to mixology masterclasses, launches, preview nights, and unique promotions. Each attendee to the festival will automatically receive a membership.

Tabara’s also planning to promote the participating cities to each others’ residents.

“We’re starting city guide videos to showcase each city to all of our social media followers who are dotted all around the country.

Each city is different - Edinburgh is known for its high profile bartenders, the quality of their cocktail bars, Manchester is a bit more party - there’s a lot of great tiki and party bars - Leeds is a really good mix of a lot of things. Quality cocktails, fun bars, a really good independent scene with places like Hedonist Project and Vice & Virtue.”

And what can you expect from the main festival itself? “All of the bars have their own aesthetics and their own universe, they can choose to recreate their bar in their pop-up space, or they might come up with a completely different concept - they’re given free reign, and there’s a bit of friendly competition about it, which is really fun.”

We aspire to be more than a night out - we want you to challenge your palette, discover new flavours, new bars, learn things to put into use next time you have a house party with your friends”