Five of the best dishes to try in Leeds this December

From the frugal and simple, to downright ‘spoil yourselves it’s almost Xmas’

HERE is our round up some of the best things our food writers have eaten in and around Leeds this month, from better-than-you-can-make-at-home mushrooms on toast, to carnivorous opulence. 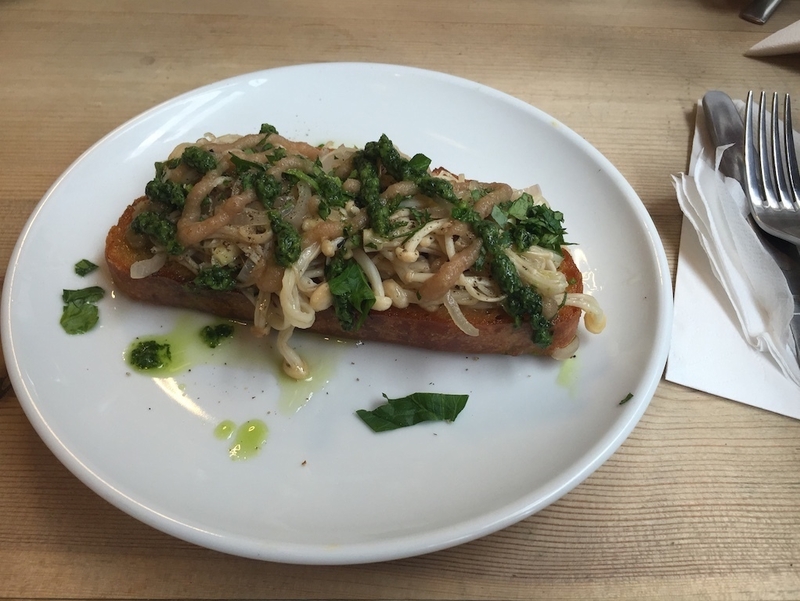 Mushrooms and Chestnut Purée on Toast, The Brunswick (£7)

Mushrooms on toast – how special can it really be? I implore you to head into The Brunswick to find out. Basted in lashing of garlic butter, these mushrooms are tender and meaty-textured, with the chestnut purée adding something of a ‘tis the season’ vibe that’s a little more mature than your average festive bake. Throw in a slice of excellent sourdough to soak up all that glossy salsa verde and salty, delicious oil, and you’re in for a dish that one could easily take down in minutes, multiple times a week. (Available Tuesday-Saturday from 10am-3pm) Jenessa Williams 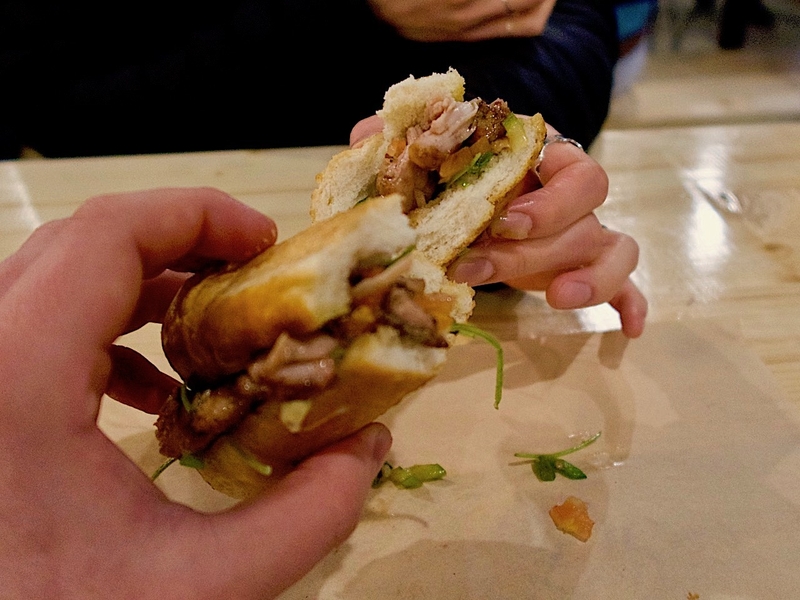 As Assembly Underground opened its doors in the final week of November, sparks began to fly from Brazilian Barbecue joint, Bread and Butter. Here, you’ll find mouth-watering meat stuffed inside golden bread rolls – all cooked before your eyes on a sizzling grill. ‘Nikota’ disappeared in just a few bites, but with tender chicken, spicy vinaigrette and just the right amount of greenery, it was well worth it. Kate Ryrie 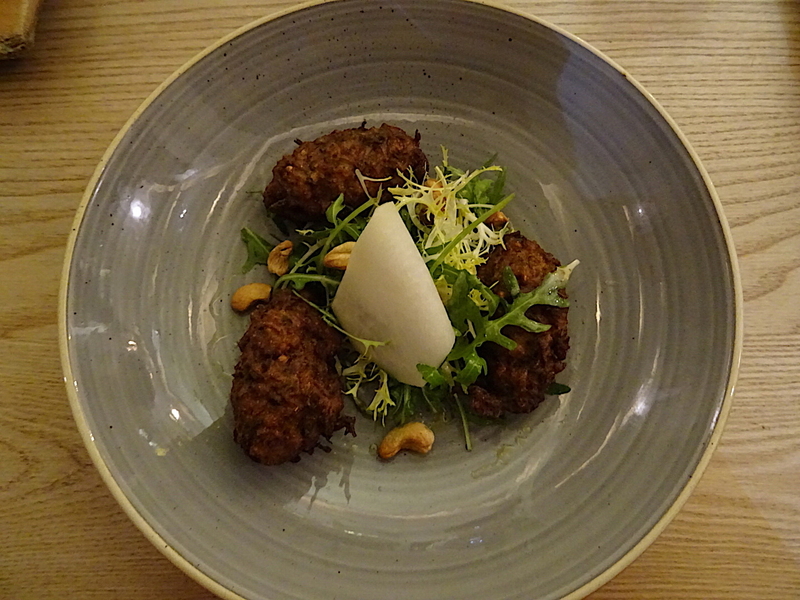 Almost every cuisine has a version of a fritter. Tightly packed and golden, an amalgam of things, raised with a baptism of heat and oil. At Arts, Call Lane’s revamped bar, come gallery, come restaurant; cumin, courgette and spelt fill a trinity of fritters on the starter menu. Dark from their hot bath, moist centred from the grated courgette, with a good bite from the spelt, it’s reminiscent of kibbeh with it’s Levantine spices and scattering of toasted cashew nuts. The leaves underneath are dressed beautifully, so you don’t miss out on dipping. Sarah Cotterill 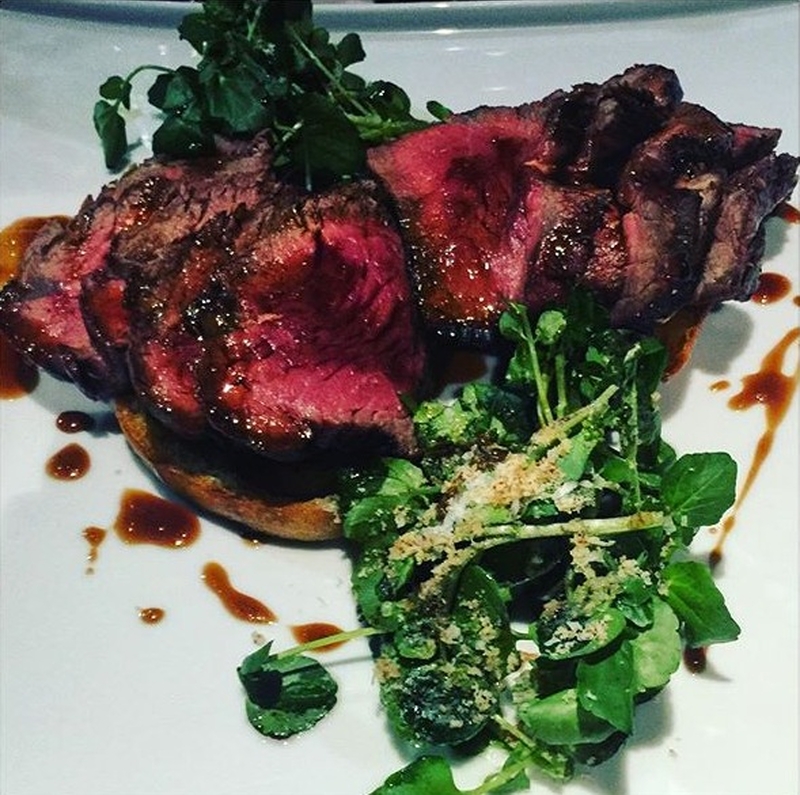 Sometimes, you need to go big or go home. And it doesn’t come any bigger than the chateaubriand at the excellent Stockdales. Thick pieces of juicy tenderloin cover the plate, with the secret surprise of some crusty bread underneath, which does its job of soaking up all the delicious meaty juice quite perfectly. The reduction glistens over the surface of the meat, which comes cooked exactly to your request, and has been beautifully flavoured on the Josper grill. The dish is so-called because it was created in the 19th century for François-René de Chateaubriand and by the time you’ve finished it, you feel like an aristocrat in such marvellous surroundings, dabbing away the last bit of decadence from around your mouth. Have it with beef dripping chips and an obscenely expensive bottle of red. Job done. Simon Richardson 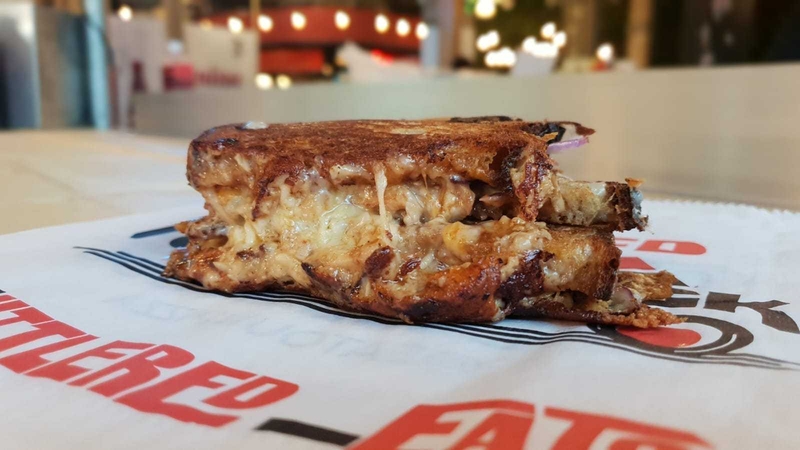 First things first, it is almost impossible to get a flattering photo of a grilled cheese, so just back off. Little Red Food Truck make grilled cheese, molten and oozing in the middle and crisped to perfection on the outside. While it’s on the grill, they cut it in half, and just when you thought things were already too indulgent, they add extra cheese in the middle. This creates a pliable cheese hinge - so called by the creators - binding the two halves together in a moment of stringy cheese filth. This is a gift from the gods of dairy. The Caprese has sun dried tomatoes and rocket in the mix, so you can pretend to care about health conscious choices. They’ll be outside Victoria Gate serving up these mini artery blockers in the run up to Christmas, essential food for any self respecting Christmas shopper. Anja Madhvani