First Look - Nation of Shopkeepers gets a massive makeover

If you went out in Leeds between 2009 and 2012, you’ll likely have fond memories of long weekends at Nation of Shopkeepers; not necessarily clear memories, more a set of hazy recollections. Live drawing and experimental nights on Thursdays, drinking vodka-spiked Kool Aid and awkwardly dancing to Gucci Mane on Fridays, gigs by bands who could fill the venue four times over on a Saturday, then piling back in on Sunday for a recovery roast dinner.

While never a “student bar”, Shopkeepers forward-thinking events policy and affordable-luxury experience meant it was always filled with the fine art & graphic design lot from Leeds College of Art, University kids who wished Mum and Dad had let them go to art college, and Leeds Met students propping up the venue on weekdays, because what else are Leeds Met students going to be doing on a weekday? Attending lectures?

As going to University became more expensive, the demographic of people who could afford to be students changed. The new lot wanted to spend their spare time and parents money in clubs offering bottle service and having their photo taken at Made in Chelsea meet & greets, rather buying £2.50 pints at 100-capacity gigs by Pitchfork-darlings. Even the alternative crowd spent their money on craft beer and buying vinyl reissues from clothes shops, instead of debauched nights out.

As a result, a lot of formerly-beloved venues closed down. Shopkeepers stayed open, but a few attempts at reinvention gave the impression that it didn’t really know what to do with itself - still trading on former glories by wanting to host bands and throw parties, but also tryng to be an upmarket diner, and at the same time a laid-back retro arcade-bar; a classic post-adolescence identity crisis.

Cut to Good Friday-eve and we’re stood in a Nation of Shopkeepers that’s the busiest it’s been in a long time - and not just because it’s been closed to the public for almost a month while undergoing nearly half a million quid’s worth of revamping. And as well as being busy, for the first time since its hey-day the bar’s got a clear sense of identity. 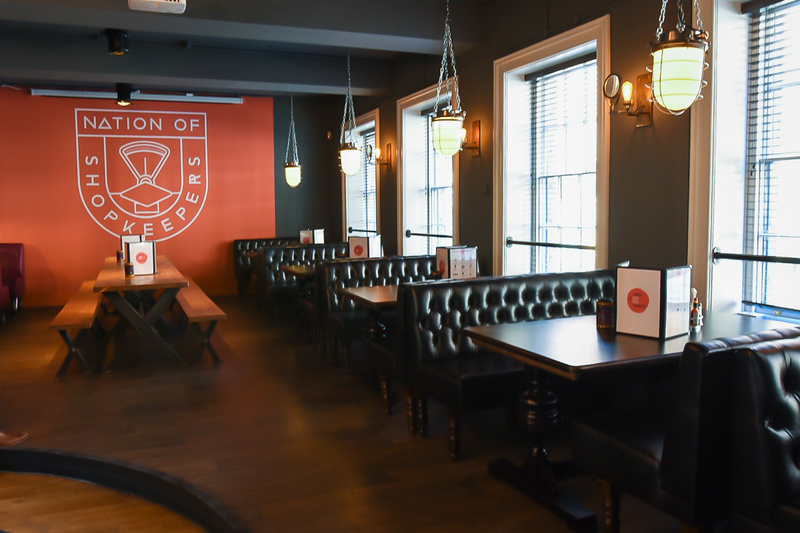 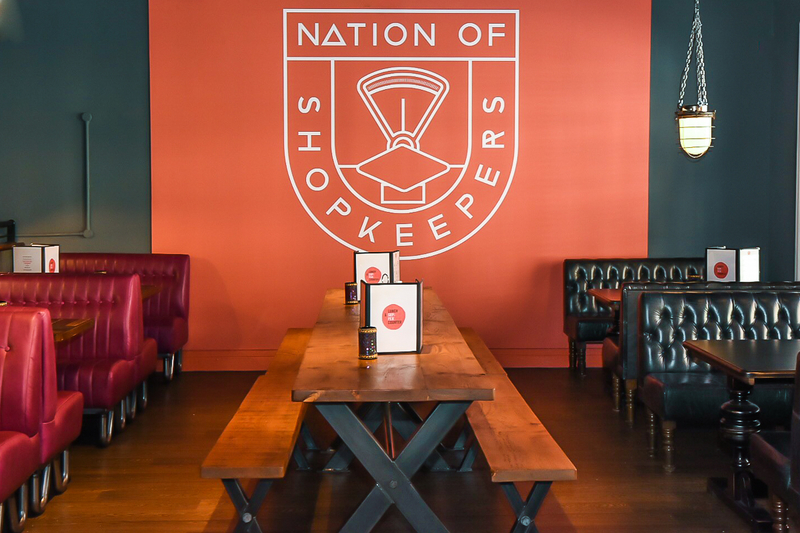 The layout remains familiar, but there’s a clearer distinction between the two main indoor areas. There’s better use of the space to the right of the bar, with 20th Century boozer-style leather booths around the outside of the room doubling the amount of people it can hold. These booths, along with the communal beer hall-style bench running down the centre will all be provided with table service for ordering food.

The other end of the bar is more casual, the main change is a new 180-degree DJ booth next to the stage. On opening weekend they’re to be graced with Mark Ronson & Amy Winehouse’s brass section The Haggis Horns, and a DJ set from Don Letts, with more of a focus on live music and club nights in the pipeline.

Manchester folk-hop group HoneyFeet are playing as a warmup to Live at Leeds on Friday 28 April, as well as New Orleans-via-Netherlands Broken Brass Ensemble on Friday 12 May, and instrumentalists Twisted Tubes on Saturday 10 June with a special show in the new courtyard (more on that later…)

Local and DIY acts will join bigger names, as well as familiar faces from behind the bar.

“A lot of the guys are in bands and DJ themselves” explains Nation of Shopkeepers’ Events & Assistant Manager Stacey. “We’re gonna have Shop Social days where their bands play, others DJ, and others do live drawing on the projector screen” 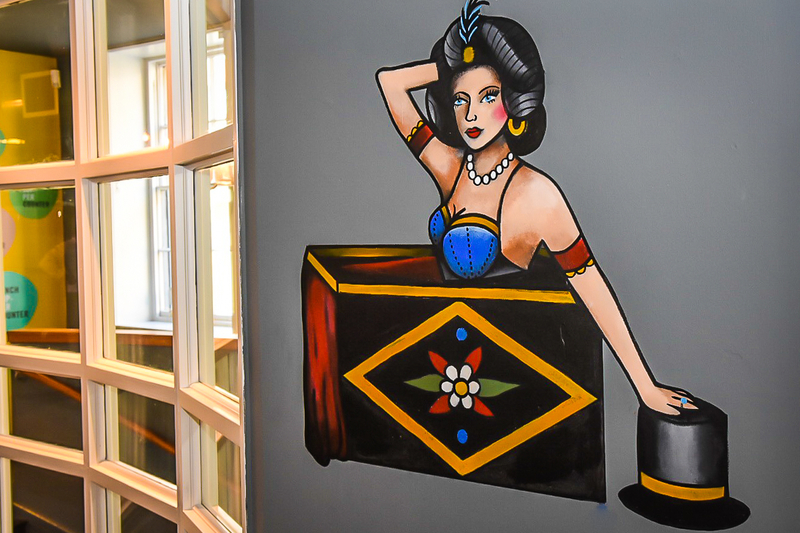 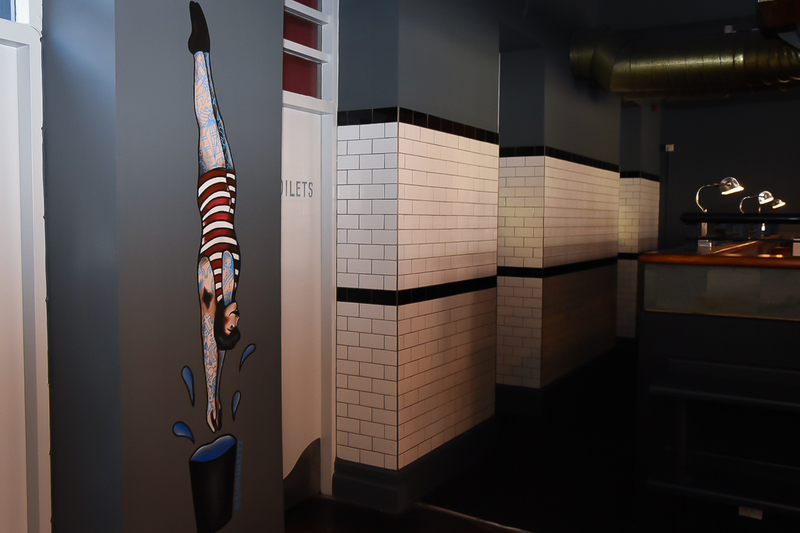 The new decor also showcases the work of a local creative, with murals from tattoo artist Eve Mansell replacing the mismatched Quirky Decor™ from the past. “We wanted to start fresh, and we haven’t over-decorated it to begin with” Stacey tells us. ”We want to build up the decor as we go along, so it actually represents the bar’s character.”

Regulars will be relieved that Nation’s famous Monday night quiz (one of the best in Leeds, I should add) will be back and irreverent as ever, with weekly, crowd-suggested themes including Lord of the Rings, Buffy, and Twin Peaks in its first few weeks back.

As well as the new decor and improved layout, there’s also a refined food menu and much bigger selection of craft beers and cocktails, with a big focus on gins that we’ve not spied anywhere else. But by far the biggest change has happened outside the bar. 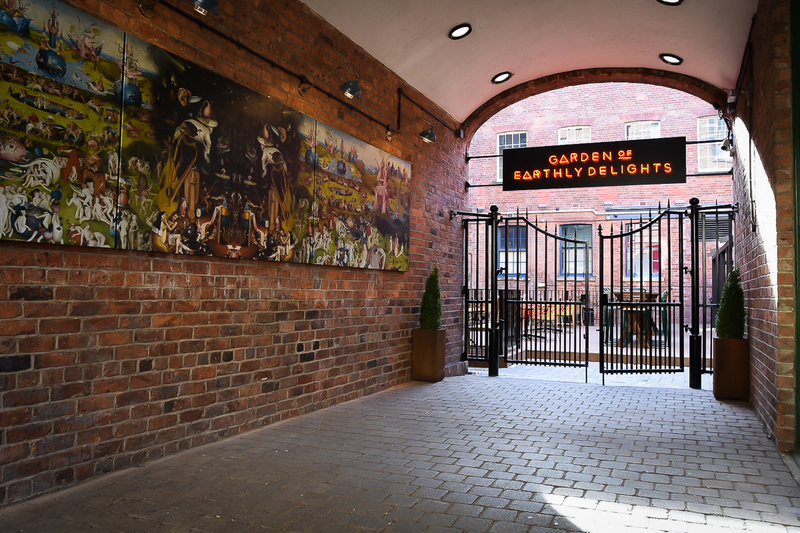 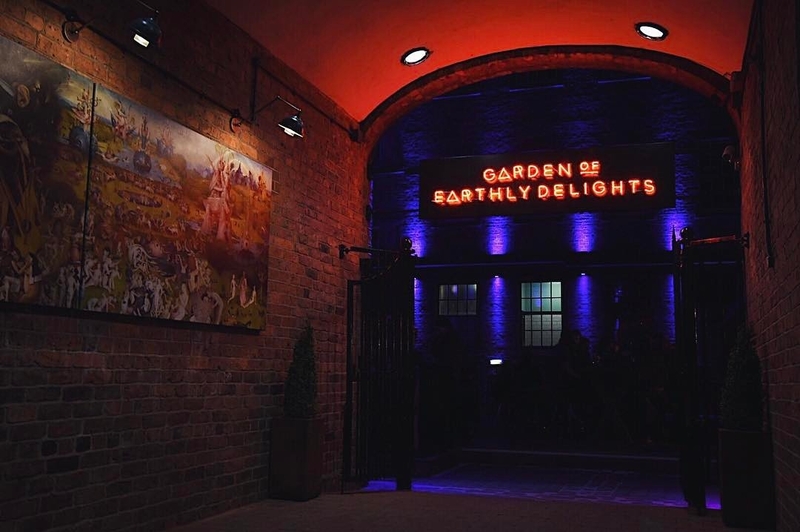 Despite the bar’s former iteration literally being named after it, the courtyard at Nation of Shopkeepers never really lived up to its potential - a huge canopy blocked out all but the tiniest glimpse of sun, and the ground was more contoured than a seasons-worth of Ru Paul’s Drag Race hopefuls.

At last, though, they’ve decided to capitalise on their biggest asset - levelling the whole thing with decking to put an end to gravity-defying drink-resting, ditching the solar-eclipsing canopy, and adding booths with retractable roofs instead. There’s even a serving hatch at the back of the bar, so people in the upstairs conservatory can be served without wasting a precious second of Summertime queuing inside. 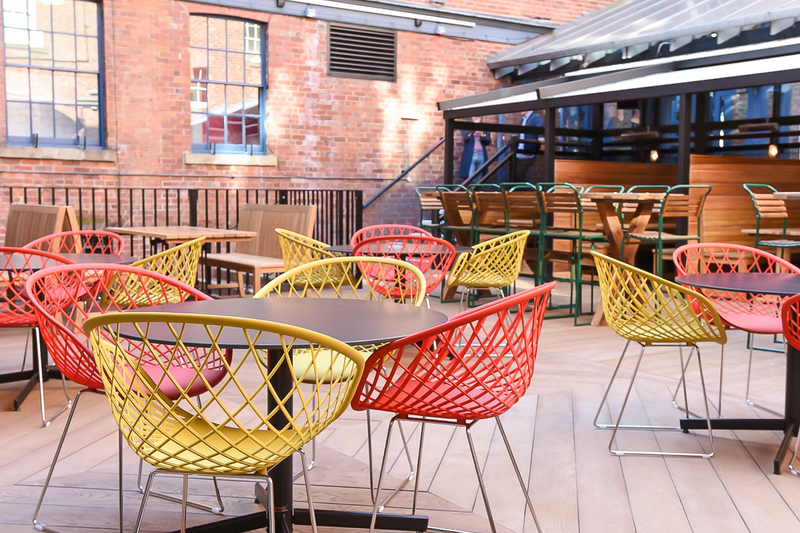 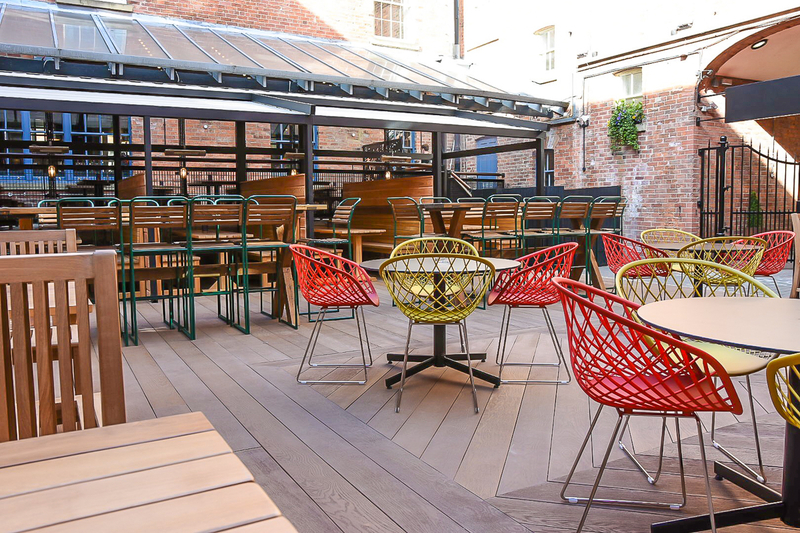 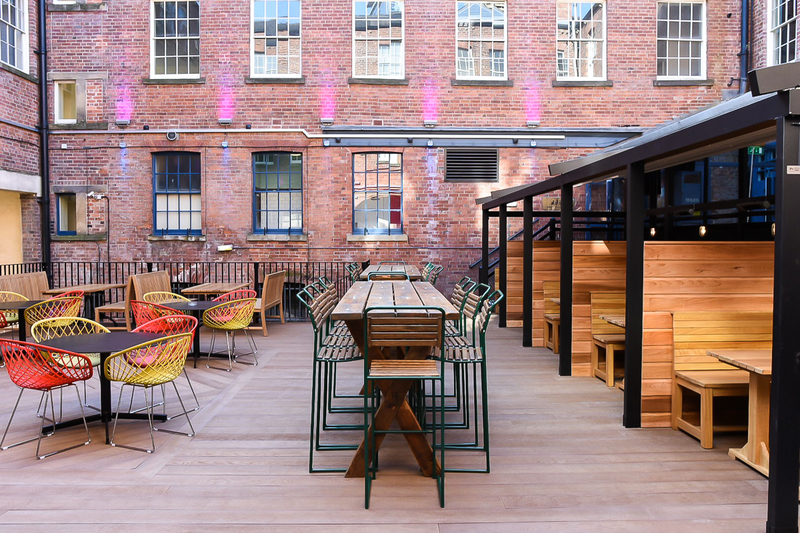 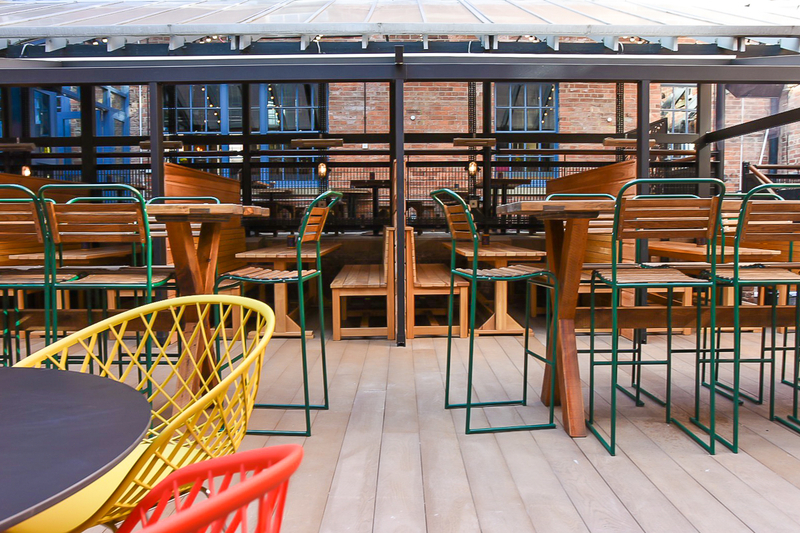 The newly relaunched Nation of Shopkeepers is open to the public as of Thursday 13 April, 12pm til 11pm Sunday - Wednesday, 1am Thursday, and 2am Friday & Saturday. Monday night quizzes resume on 24 April, and the 2-for-1 burgers and chicken offer continues every Tuesday. See their website for more info and event listings.