There are two rules I live by: I don’t review supper clubs, and I don’t drink on Mondays.

Supper clubs are generally a fleeting phenomenon, and therefore not really worth reviewing. For every Dinner at the Manor that stands the test of time, there are a dozen examples of well-meaning have-a-goers left with PTSD and a net profit of £2.30 after catering to forty underwhelmed covers in a cold events space.

As for drinking on a Monday, it’s just not worth setting the precedent. Even one post-work half on a Monday afternoon could be the snap of a twig that causes an avalanche of debauchery and reckless abandon that drags the rest of your week down with it, obliterating all good intentions in its path.

So what am I doing visiting a supper club with the intention of reviewing it, on a Monday night, with a menu of ‘food cooked with booze...served with booze’? Rules are made to be broken, baby, and I’m nothing if not a badboy maverick fuelled by the fires of rebellion. Also, I’ve given up on trying to guess a correct answer on University Challenge and I haven’t got a clue what’s going on in Only Connect, so my Monday evenings are pretty free.

Bastards Bistro is the creation of Rob Hallas, a familiar grafter on the Leeds bar circuit and more recently chef at Matt Healy’s The Foundry. It’s The Foundry’s familiar surroundings that host the inaugural Bistro; the bare bricks, neon signs about swearing that, fittingly, turn the air blue, and the kitchen, floor, bar staff. Cheeky semantics of a chef having a ‘supper club’ in the restaurant he works at, served by his day-to-day colleagues aside, it comes as a relief to anybody who’s suffered four and a half hours in an ill-fitting venue served by a couple of mates roped into playing front of house for the night.

With the exception of one in-law of a dish from the regular menu, the food and drink is where Hallas brings Bastards Bistro into its own. The concept is strong and unique; going a step beyond a paired cocktail flight, and actually incorporating flavours from the realms of booze into the food, with the spirit acting as an icebreaker from which the dish and drink find common ground.

Mezcal - tequila’s fire-roasted cousin - turns Gazpacho into a bowl of velvety Bloody Mary with a blast of campfire smoke, topped with a couple of crispy worms to add a bit of texture. Combining it with the mezcal-based Basil Salty, with apple and basil salt, transforms it completely - flavours latching onto each other to recreate caprese salad and bonfire night toffee-apple vibes.

Spindly fillets of mackerel have their flesh cured in sloe gin, then the surface of the skin is blow torched so the napalm-heat brings the oil, which contain all of the flavour, into action. As well as looking undeniably cool, it prevents spoiling the fish in a way that pan-frying can. A classic verdant scrunch of apple and celeriac sits next to it, and sour, glistening Brambly domes of blackberry and juniper shout out the bar’s influence. If the Sloe Gin and Peach Tea cocktail taster contrasts the course it’s served with, then ‘Another Bourbon, Honey?’ compliments its partner of carrot glazed in bourbon and, you guessed it, honey.

As well as looking absolutely stunning, there’s finesse in being able to deliver so much of a good thing without it ever becoming too much; layering levels of sweetness from subtly different sources - both in the food and the drink - that mingle without ever becoming cloying.

Similarly, in the dessert, layers juicy bitterness ping away at your tongue and leave your mandible trembling with excitement. Common flavours of cherry brandy, coffee, and dark chocolate in the brandy-soaked sponge and ‘Espresso Martini’ are naturally drawn to each other resulting in something exponentially mighty; like disparate metallic liquid blobs congregating to form The Terminator.

The format of the event gives the chefs an auteur-level of control over things that would otherwise be incidental, like the chorus of “If you like Piña Coladas/And getting caught in the rain” filling the room as everybody’s Piña Colada Fried Chicken - complete with a cocktail umbrella - is set down in front of them. It triggers a similar sensory coalescence as The Fat Duck’s 'Sounds of the Sea' but without the stick of rock up its arse.

The dish itself is the only disappointment of the night - frying chicken in a flour mix creates a conductive, uneven surface area full of cracks and craggles and contrast. Here, a flavourless tempura acts as a forcefield, determined not to let any of that hot fat get through and crisp up the flabby skin, leaving the it as soggy as if it had in fact been caught in the rain.

It’s only a minor misstep though, and it doesn’t take away from the dextrous understanding of flavours on the plate and in the glass, or the skill, attention to detail, and playfulness they’ve been delivered with. Clever bastards.

Tickets were £45 per person (excluding wine.) 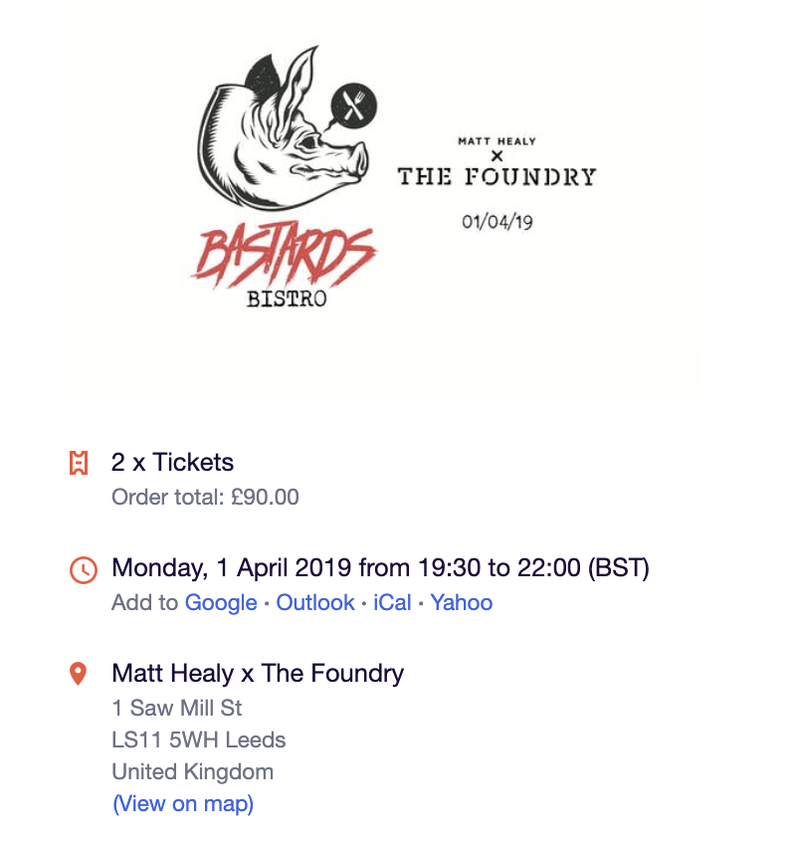 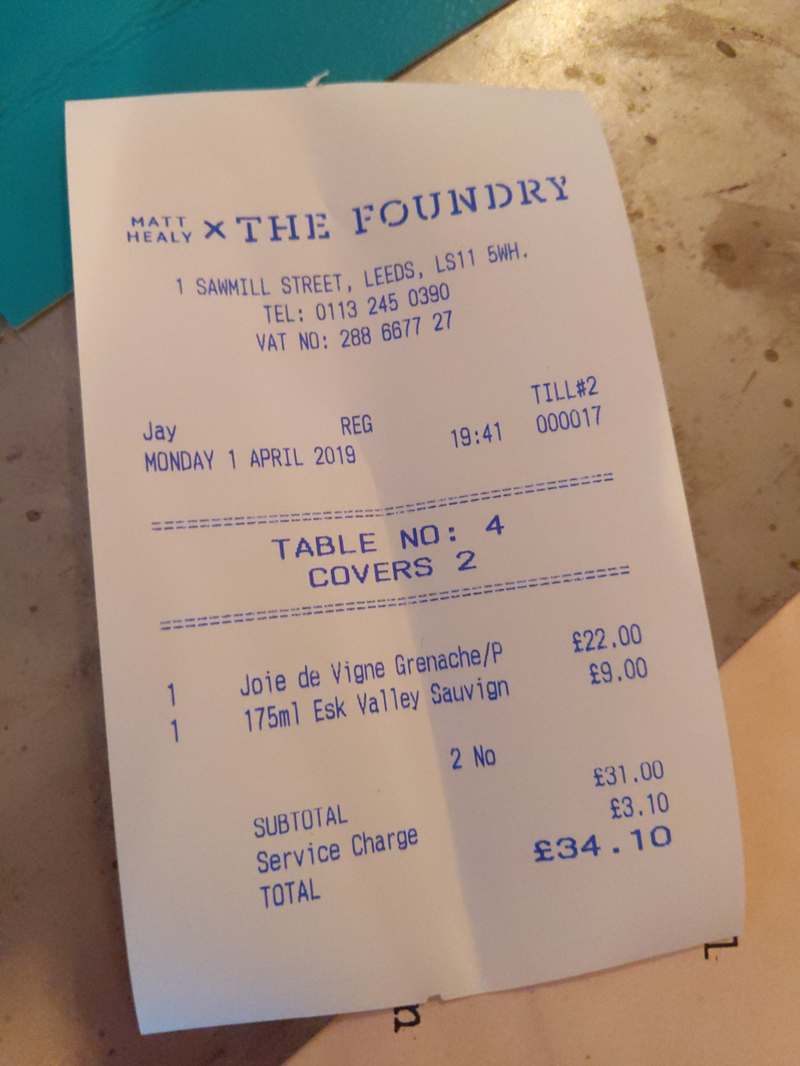