If you ever need a crystal-clear illustration demonstrating the effects of nurture vs nature, look no further than the disparity between Queens Arcade and Thornton’s Arcade.

Almost identical in size and built only a decade apart in the late 1800s, they both had the same opportunities in life - and being separated by a mere four shop-fronts, neither can claim that they were brought up on the wrong side of the tracks - but fast-forward to 2017 and one is a beating heart of clever businesses that nourish and showcase local creativity, and the other is most famous for being home to a shop that unapologetically sells dolls ranging from nightmarishly-realistic to racist caricatures.

Tall Boys - a craft ale bottle-shop named after US slang for “a big can” - was set up a couple of years ago with a clear DIY ethic and budget by a group of friends who had done the rounds in the city’s bars.

Downstairs you can buy beers from European, International, and local breweries or pick up a sandwich and coffee from Grub & Grog Shop’s Noonshine Bakery, then take it upstairs where there’s a seated area that also hosts exhibits by local artists and occasional workshops from Leeds creative types like The Plant Room. No prizes for guessing which arcade they’re in. 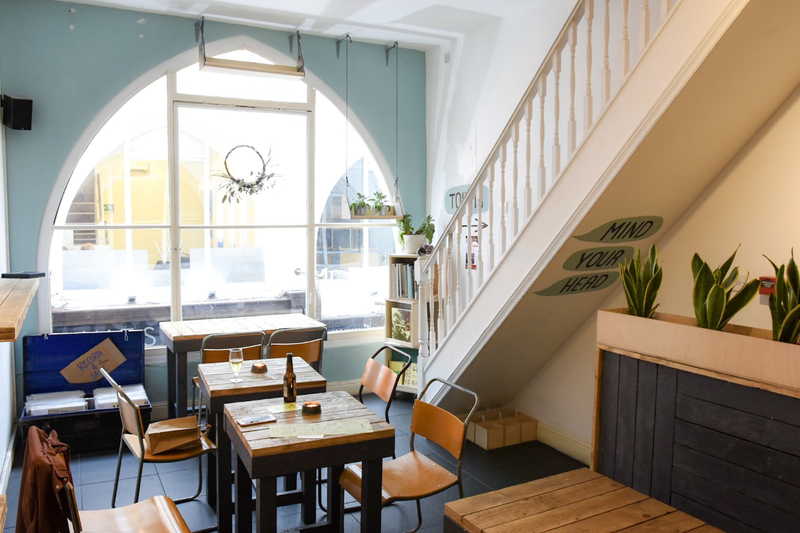 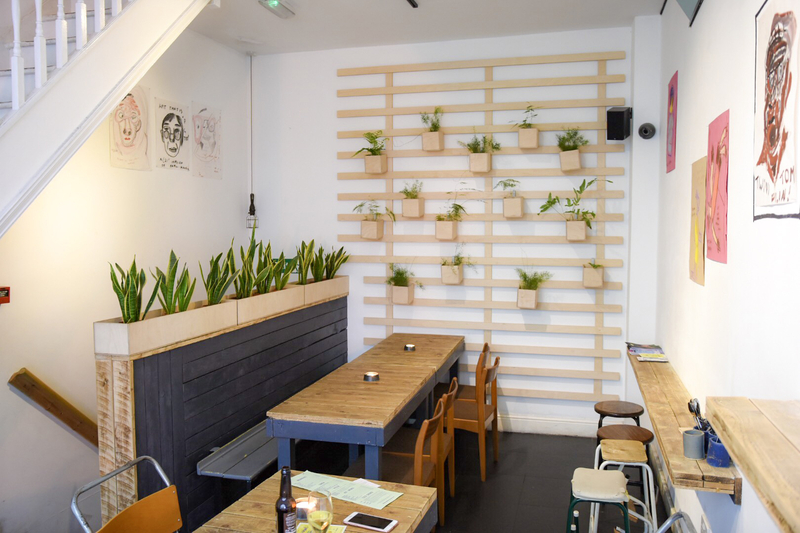 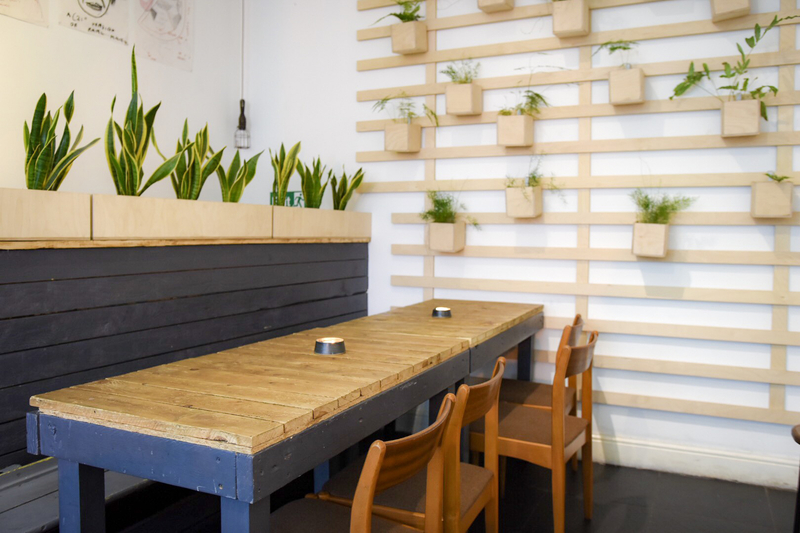 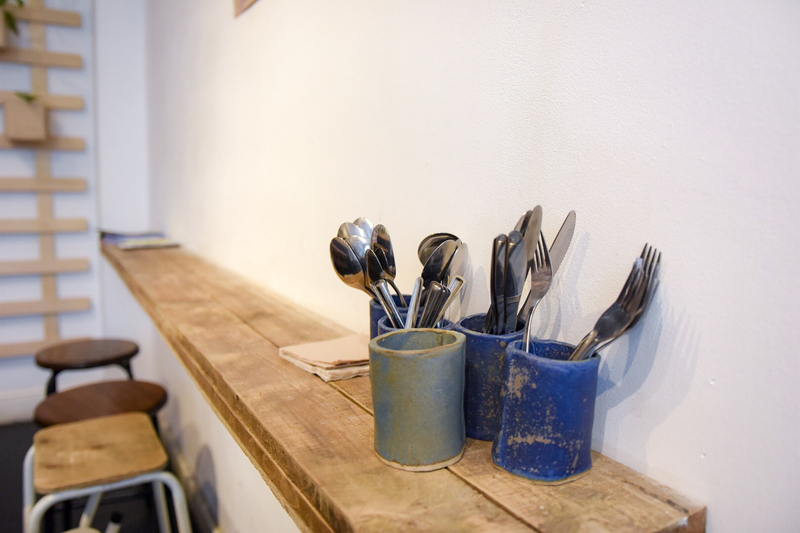 By this point we’re far enough into the craft beer rabbit hole to know that “bottleshop” no longer means a dingy shop where shelves of poorly-designed labels for “Buxom Blonde” and “Farrier’s Foreskin” assault your corneas and your sensibilities while a bloke in a Red Dwarf t-shirt tells you about treacley malts and four gallons of Mild he recently brewed in his garage.

On one side of the shop, shelves stocked high and deep with bottles of pales, lambics, stouts, porters, sours, dubbels and most-any other style of beer you could be in the mood for - on the other, fridges to help you have a block party-scale bag of cans with the lads, all at optimum-temperature and at moment’s notice.

Shelves and fridges both cheer on local breweries like Northern Monk, Magic Rock, Cloudwater, Mad Hatter et al, as well from all over the world. There's a formidable Scandinavian presence from the likes of To Øl, Dugges, and Omnipollo - the bulletproof Swedish brewery who I believe (our beer writer Gareth will gladly correct me on this if I’m wrong) were first introduced to Leeds by Tall Boys. For that alone, we owe them infinite gratitude. 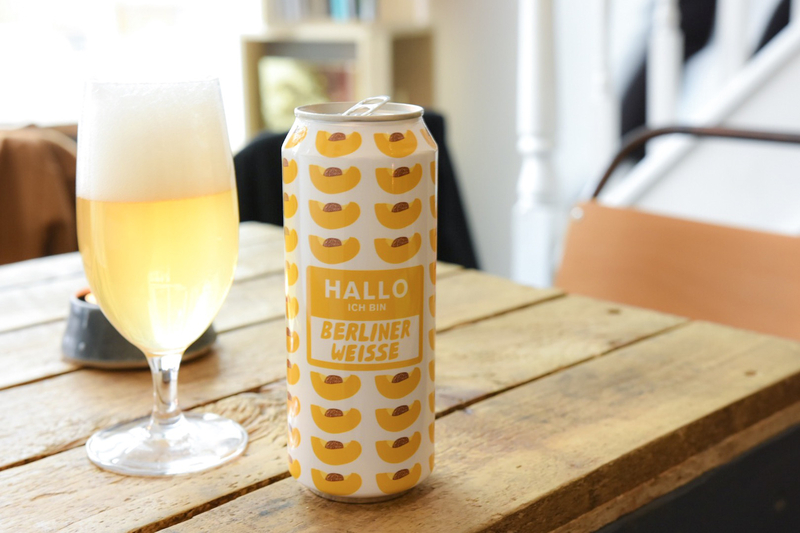 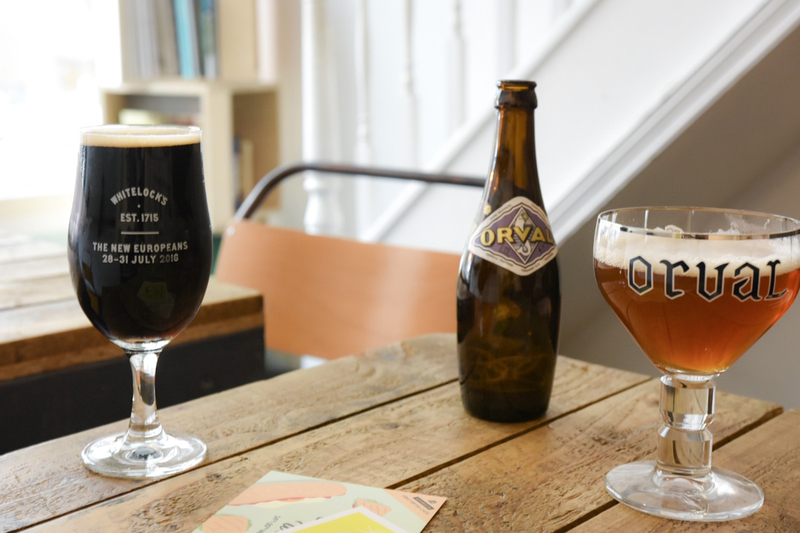 I recently fell into the trap of paying almost a tenner for a can of Mikkeller’s Hallo Ich Bin Berliner Weisse in Headrow House recently, so finding it in here for £5.40 almost seemed like a bargain. It actually strengthened my belief that the brewery are the most overrated thing to come out of Denmark since unsmoked bacon - an acerbic, yoghurty sour that I managed to avoid having to drink too much of, thanks to the fact it pours livelier than a toddler at Legoland.

Ask questions though, and you’ll get helpful, bespoke recommendations - the staff are knowledgeable without being know-it-all, and while they probably do know the molecular structure of obscure hop strains, they’re not going to bore you with them unprompted.

I was disappointed to find that Mad Hatter’s Tzatziki Sour wasn’t available, but a recommendation of Le Debauche Summer Oddity (£3.10/half) from the keg did the trick - a prickly saison infused with cucumber, tasting like a farmhouse ale supercharged with a shot of Hendrick’s. Also on tap as part of their French brewery takeover (as part of Leeds Indie Food) was Outland’s Orange is the New Porter (£3.05/half) - a chocolate orange porter nowhere near as sickly as it sounds.

A calm, sparse seating area upstairs is both intimate and communal, with guest exhibits, art projects, and idiosyncratic fittings and furnishings that add character but don’t distract or dominate. Everything is washed with light from the huge window, and time is punctuated by quarter-hourly chimes of the arcade's bell - tune out of that if you want to get lost in the beer selection for an afternoon without feeling guilty. This might not be your typical bar, but it’s right at home in its surroundings.