Assembly Underground seizes the day for street food and beer

Once the scruffy stomping ground of clubbers and late-night boozers, the corner of Calverley Street welcomes in new tenant

Leeds’ newest smorgasbord of craft beer and intriguing street food opened its doors at the end of November, revealing a mammoth fifty taps, four food vendors, some rather excellent coffee, and even a cosy whisky bar tucked around the corner.

The days of Carpe Diem – the site’s previous outfit – are long gone, but the iconic late bar has clearly left a stamp of nostalgic charm on the venue. It’s that legacy, and the promise of such an incredible selection of beer that make AU’s draw so strong, and if the opening week is anything to go by, there are bigger things to come.

First things first: the beer. A mighty selection of taps line the back wall, divided by type across IPA, lager, sour and saison, imperial stout, cask and more. Stars of the show include Cloudwater, Zapato, Delirium, Yeastie Boys, and Brew York, but it would be rude not to kick things off with the night’s host, and a pint of Life and Death (£6) from Vocation.

Cloudwater’s DDH Pale (£4.40 for two thirds) is another humdinger, and you can enjoy all the usual suspects too. Kirkstall’s gluten-free Virtuous, Northern Monk’s Eternal (both £5 a pint), and Magic Rock’s Saucery (£4.50) cover off Leeds and Huddersfield, with appearances from Veltins, Fullers, Lervig, The Kernel taking the choices across the world.

And if beer isn’t for you, don’t worry, they won’t sneer at you too much. There’s a decent cider selection – I’d recommend a pint of Sanford Orchard’s Devon Red (£4.50) – not to mention a cracking choice of wines and spirits, including a prosecco-esque pignoletto, coming in at £4.80 per bubbling glass.

Food follows the theme of general abundance, with offerings from Slap and Pickle, Jah Jyot Punjabi Street Food and Bread and Butter Churrasco BBQ covering pretty much every base. Jah Jyot’s thali plate (£10) gives you a taste of everything from Amritsar Chicken and Punjabi Rajma to lamb or veggie samosas and aubergine curry, or try their award-winning Masala Dosa (£6-10) with your choice of fillings.

Moving on down, you can get your falafel and halloumi fix with Falafel Guys, or load up on a range of burger and fry combos from Slap and Pickle. Newbies on the scene, Bread and Butter, spread sizzles and sparks into the space, serving up Brazilian rump steak (£8), chicken thigh (£7) or vegetable-stuffed (£5.50) bread rolls, with crispy cassava fries on the side for good measure.

And if it sounds like Assembly Underground is just for the evening hours, think again. Underground Coffee’s spot at the end of the room offers a range of coffee and breakfast options – think flat whites, sourdough toast, bacon butties and oat milk.

With a legacy location, a beer for every taste bud and a grounding in the tried and tested craft beer/street food concept we’ve come to know and love, Assembly Underground is probably going to do very well. As long as its gigantic floor continues to fill as the nights roll on, and its extensive staff keeps service tight, it looks like we’ve got another all-season staple on our hands.

‘Frayed around the edges’ – The Crafty Indian, Shipley, reviewed
● / Bars 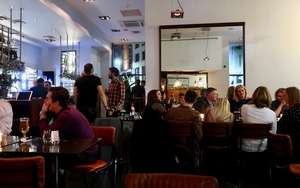 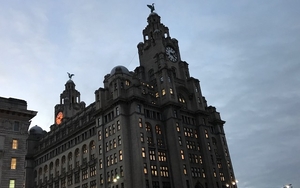 Liverpool's food and drink scene is thriving right now – go and explore it for... 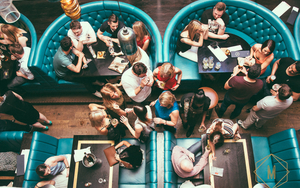 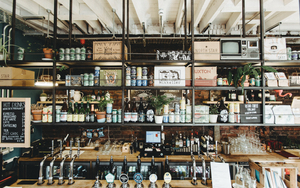