Around the world (well, Leeds) in seven sandwiches

In these fractured, polarised times, it’s important to remember that we, as humans - no matter our race, religion, nationality, or whether you prefer Dinner Dates to First Dates - have more in common than that which divides us. Nothing demonstrates this better than sandwiches.

Everybody’s heard the story that butties were “invented” by John Montagu, the fourth Earl of Sandwich, and it stands to reason; whenever I think of the aristocracy I think “inbred”.

However, communities all over the world have been sticking a filling between two bits of starch for centuries. Every culture in the world has at least one of their own; from Wigan’s Pie Barm to Katsu Sando - Japan’s post-modern piss-take of the West’s unsophisticated palate.

Neither of those are available in Leeds, mind, but here are some that are. 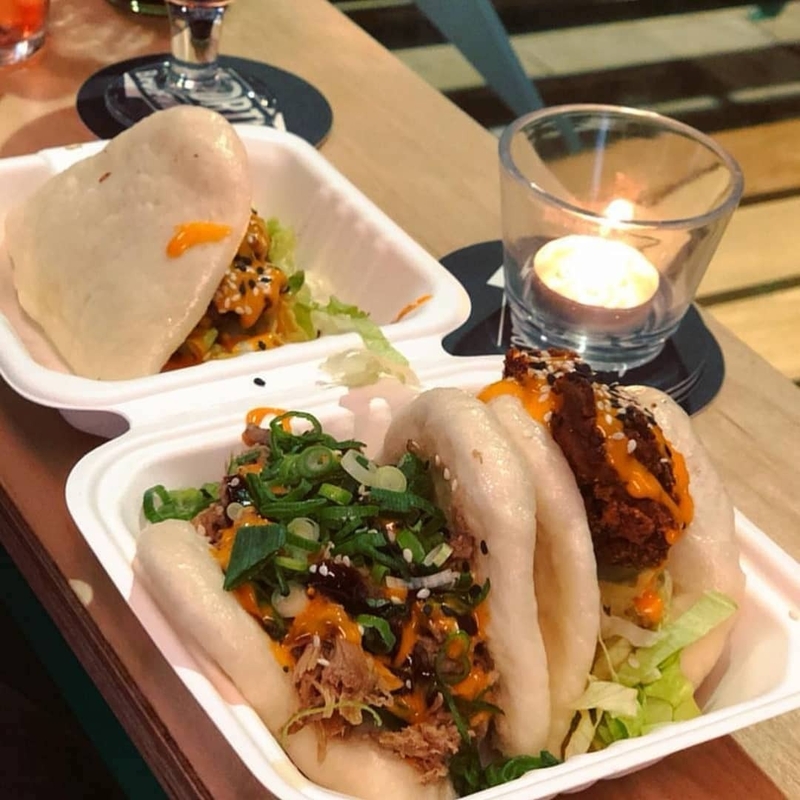 This article (correctly) assumes that sandwiches can comprise of one enveloping or two slices of bread or similar (sorry Matty White). So to that end, let’s kick things off with Gua Bao. Commonly known as Bao, or Bao Buns if you’re the type of person to order “chai tea” and “naan bread”.

Popularised in the late 00s by David Chang and Eddie Huang in New York, the irresistible (not to mention immensely photogenic) sweet-sticky-umami combination of steamed dough and stewed pork swept the street food scene, arriving in Leeds via fleeting, award-winning trader Fu-Schnickens in 2014. Currently, Little Bao Boy’s pillowy, tacky-surfaced buns, filled with a variety of traditional and contemporary fillings are the best around. 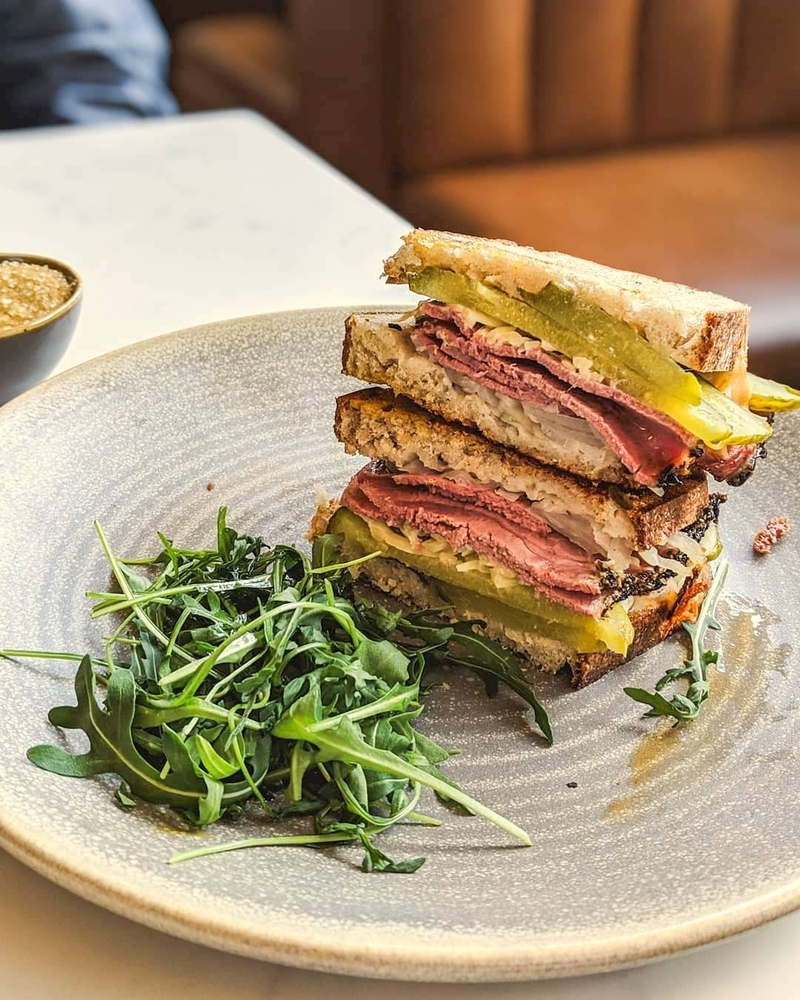 Although Nebraska also stakes a claim to its invention, the reuben is as iconically New York as the cream cheese bagel, the Manhattan, or the Big Apple (from that really nice Apple store on Fifth Avenue). So it makes sense that The Vanguard - looking like it’s been plucked straight from a Hopper metropolitan landscape - does the best version of beef, Swiss cheese, sauerkraut, and Russian dressing on rye. 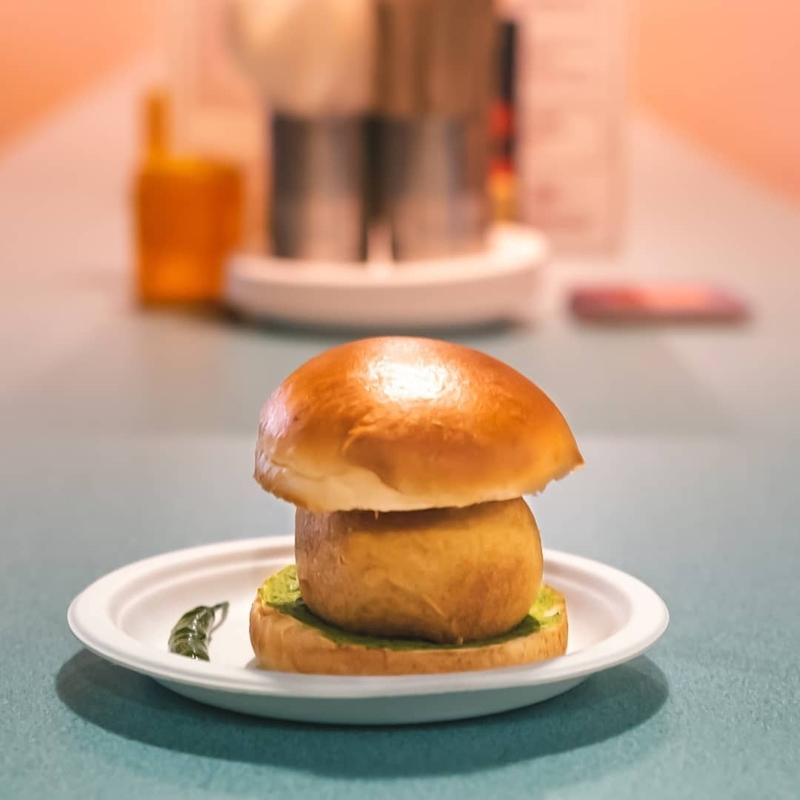 Pronounced Vada Pow - as in, Lethal Bizzle - the “Bombay Burger” was first created as a means to an end, with its deep-fried mashed potato fritter inside a stodgy white roll providing cheap, slow-release sustenance to mill-workers of Mumbai, and each seller lining the streets would have their own signature blend of chutneys to add flavour to all that carbohydrate.

They received a bit of a publicity boost last December when David Chang discovered them while in India, hinting that they would make an appearance on Season 2 of his Netflix show Ugly Delicious, but Bundobust have been doing them for years. Theirs coincidentally replicates the Indian flag, with the stark white potato filling top-and-tailed by an orange chilli sauce on the top bun and a green herb chutney on the bottom. 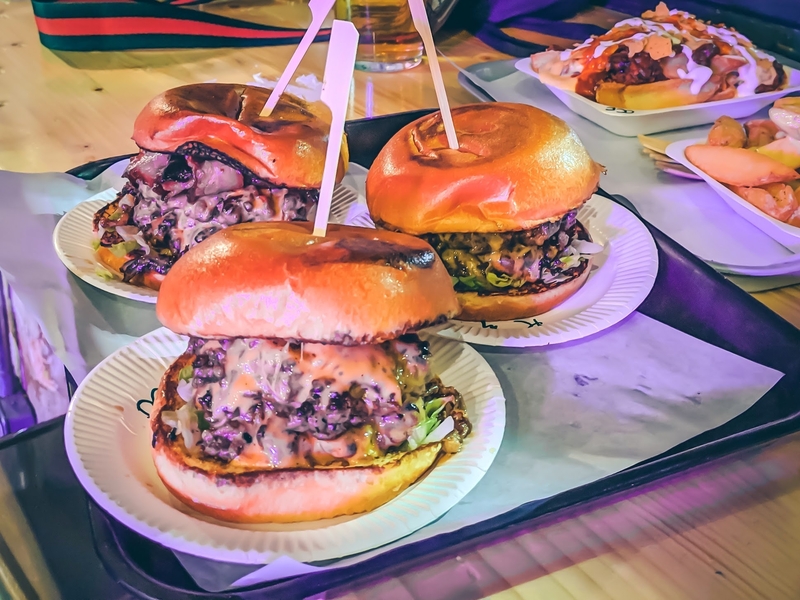 Technically the McDonalds Double Cheeseburger is the most perfect expression of its form, but we can still debate the second-best. Considering the burger in Leeds was only invented in 2012 (RIP short-lived Rock & Roll diner Johnny Fontane’s), we should count ourselves lucky to have options to debate; Patty Smiths, MEATliquor, Almost Famous... there’s enough for everybody to have an opinion.

Still, unless you acknowledge that Slap & Pickle’s is the best, then your opinion is wrong. Double-patties of juicy coarse-ground beef with a high dynamic range of mid-rareness to caramelised char, cheap cheese (cheddar on a burger is for Tories and Jamie Oliver apologists), wavy pickles, and a nest of shredded iceberg to guard the toasted bun from excess juices and stay intact for the entire 2.7 seconds it takes to devour it all. It’s the best version of probably the best sandwich in the world. 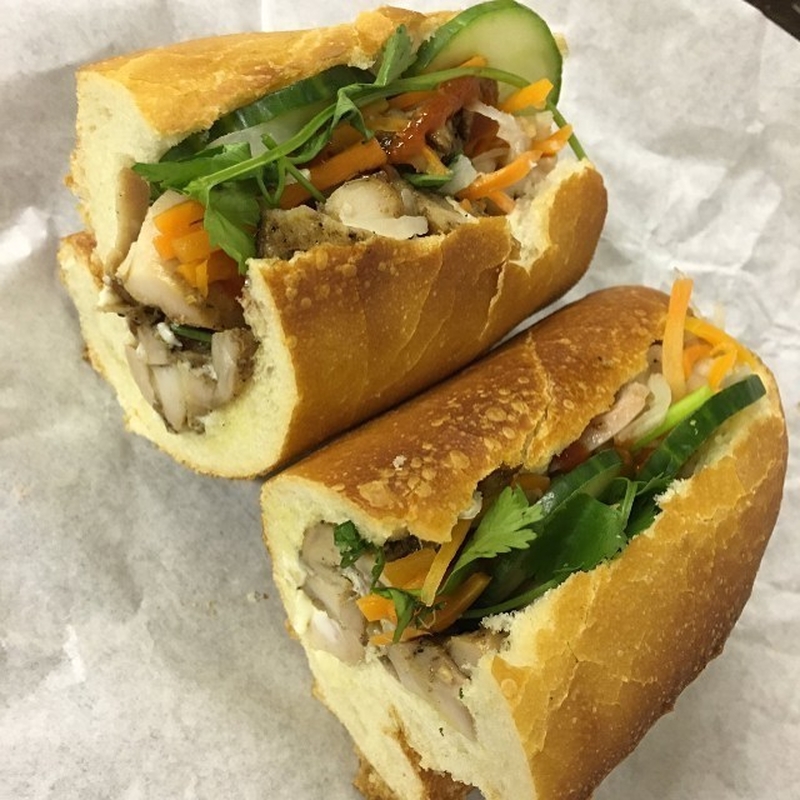 Essentially a Greggs ham baguette that’s been on a gap year to the Far East and come back wearing those baggy linen trousers, Banh Mi is a product of French influence, when the jamon buerre (see Bocadillos further down this list) sandwich was brought to French Indochina. Over time the ham was upgraded to roast pork, and pickled carrots and radishes were added to balance the fat, and fresh ingredients like coriander and cucumber were added to counter the heat from the chilli sauce, as well as the Vietnam sun.

Banh & Mee in Kirkgate Market’s street food hall offer the traditional version in a crusty French baguette, as well as offering all of the toppings on a not-so-traditional portion of fries. Both banhg. 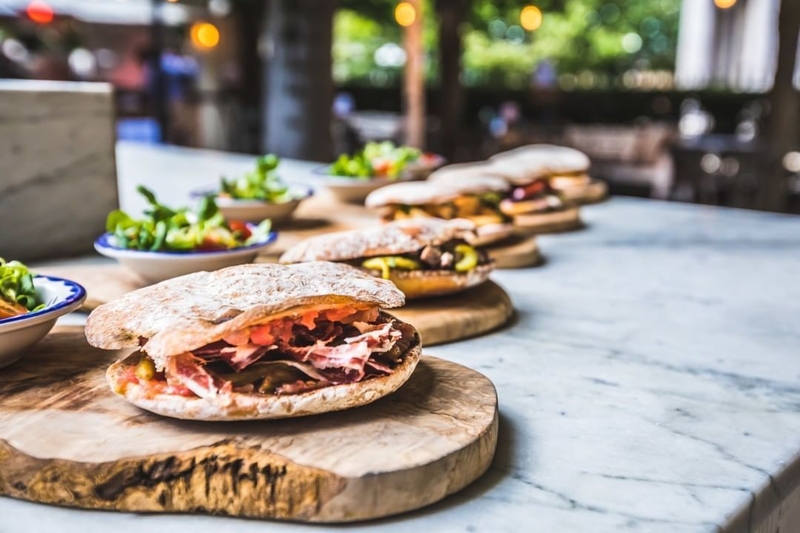 Spain might be better known for pintxos, where an elaborate construction of olives, jamon, anchovies, and pickles come delicately flagpoled to a single, bite-sized slice of bread, but have you tried eating one of those while riding your rental bike around La Ramblas? Cocktail sticks everywhere.

No, you want a bocadillo when you’re on the go. Iberica do a few versions in their painfully cool and authentic recreation of an Iberian taberna accessible via the alleyway behind the restaurant. Fresh-baked crusty roll filled with gooey-in-the-middle tortilla, grilled steak, calamares with lemon aioli, or velvety jamon with green peppers and salsa. 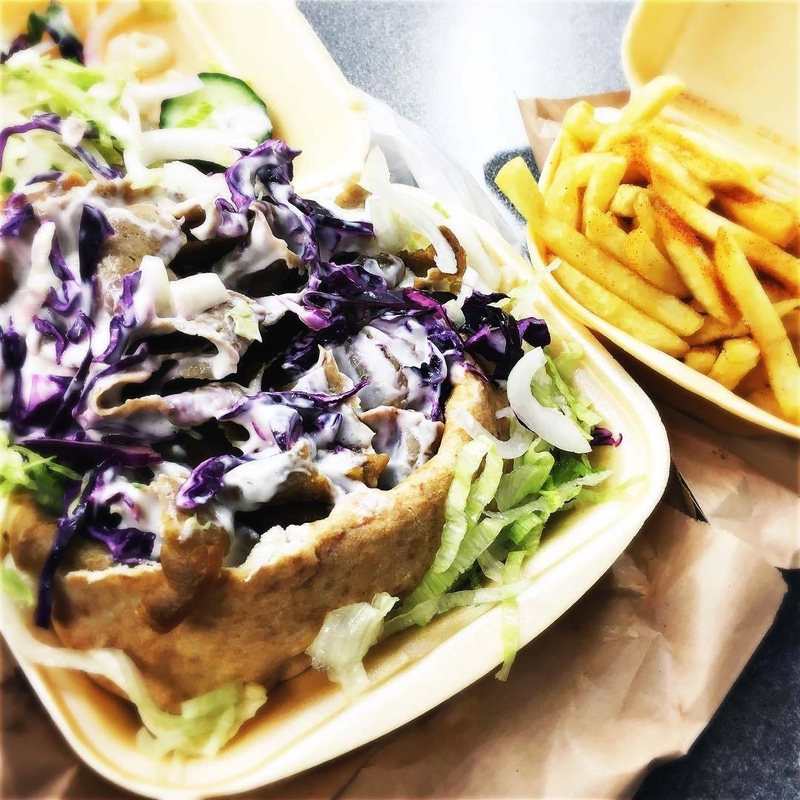 Funny story about Mill Hill’s döner kebabs: one of my friends is seriously allergic to poultry, and one night he went to Mill Hill and ordered a kebab, foregoing the chicken shawarma option for obvious reasons. Anyway, when he recovered consciousness in A&E a few hours later the doctor explained that it was chicken fat added to the döner to help baste it while it cooks that sent him into anaphylactic shock and collapse in the middle of Beeston and nearly cost him his life.

Ok so it’s not haha funny, and it might not sound like a great recommendation For Mill Hill’s kebabs, but the fact he’s been back at least twice (with his EPIpen this time) is pretty much the biggest endorsement they could get.

Like that? Then you'll LOVE Leeds' best (and cheapest) lunches on the go.