"In its DNA it's a fine-dining restaurant" Aperitivo reviewed

Italian-inspired fine-dining in a neighbourhood trattoria setting, from the team behind Vice & Virtue

Every few weeks an article will do the rounds in industry publications, where somebody will arguing that chefs are doing something too much/chefs are not doing something enough, Delia Smith might accuse them of being “too poncey”, the head chef of Michelin-starred Pied à Terre in London could decide that there’s too much aggression in the kitchen and instill a ban on swearing, or maybe Gordon Ramsay will tut-tut chefs for taking too much cocaine rather than address the abusive, challenging environment that drives them to use it. To be fair to Ramsay, his zero-tolerance policy on bumps and lines extends out of the kitchen too. Much to the delight of his botox surgeon.

Recently the big one has been pointing out that chefs don’t get chance to on holiday enough. Well yeah, ttate the obvious - they only get forty minutes leave a year, and how are they supposed to go on holiday when they’ve spent all of their money on gak?

As far as holiday souvenirs go, an entire restaurant seems like a much bigger commitment than a hair braid or henna tattoo

Of course you’ll be aware of a few examples where a kitchen’s staff have taken a reccy to London or Copenhagen or Portland and brought back some ideas with them; you can practically plot the route a chef travelled across Asia or the Basque by noting the order regional sambals or pintxos show up on the specials board when they’re back in the kitchen. There’s nothing wrong with that, cribbing inspiration from lived experience tastes ten times better than cribbing from dishes based on menu descriptions or photos, like a Victorian taxidermist trying to work out how to stuff a seal-pelt, it’d just be nice if it was the rule, rather than the exception.

As far as holiday souvenirs go, an entire restaurant is a much bigger commitment than a hair braid or henna tattoo, but that didn’t put off Luke Downing and Laura MacLeod, who decided to put an end to Dough Bistro’s illustrious 10-year stint as a French-tinged brasserie to make room for it, relaunching as Aperitivo. 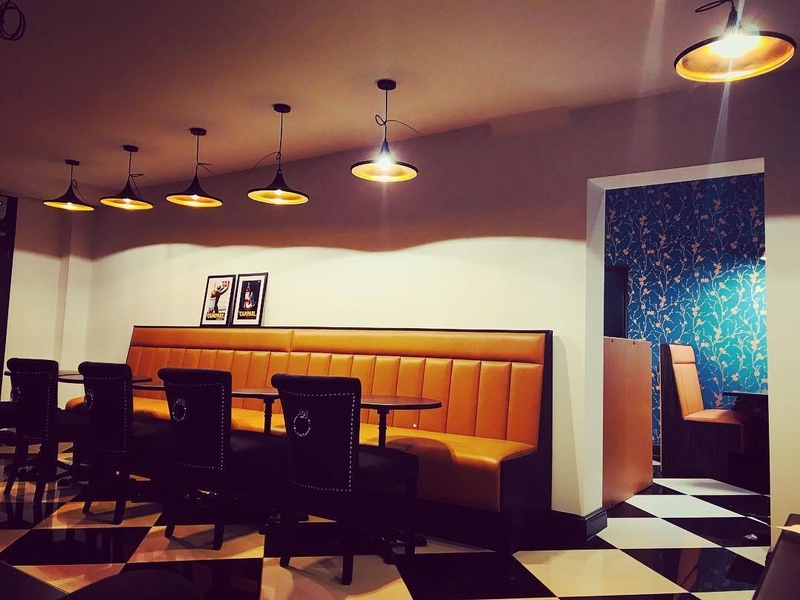 MacLeod has stepped into the dining room to take on front of house responsibilities, sharing the duties with a small, charismatic and fastidious bar team. As with their city centre Vice & Virtue venture, Aperitivo doubles as a cocktail bar in its own right, both in terms of the venue’s layout, and the standard of the short, bitter, aromatic drinks they conjure; the on-trend Negroni menu is worth revisiting for alone.

That leaves the kitchen duties to Luke Downing, whose influence is evident across many of the dishes, zhuzhing rustic classics with elaborate fine-dining presentation and processes. It makes for visually interesting and unique - if occasionally incongruous - plates of food. 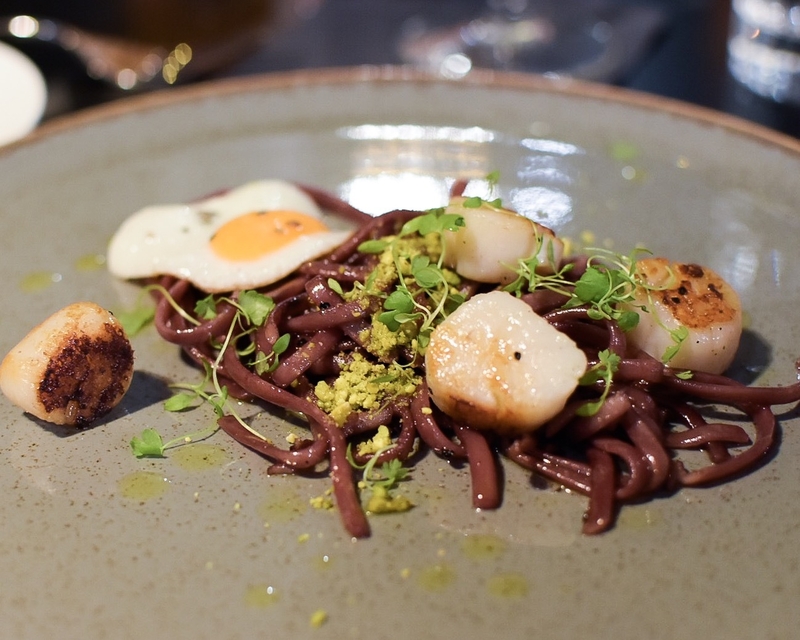 Take Bucatini with Scallops; varicose strands of thick spaghetti (minus bucatini’s signature hollow middle) made deep purple by cooking in chianti have all of the wriggle and bite that you want from a plate of pasta, and comes sprawled across the plate and dotted with scallops as if it’s a diagram plotting the main culprits in an underwater crime ring. A yolky fried quails egg and truffle oil add richness, while a pistachio soil adds...green? 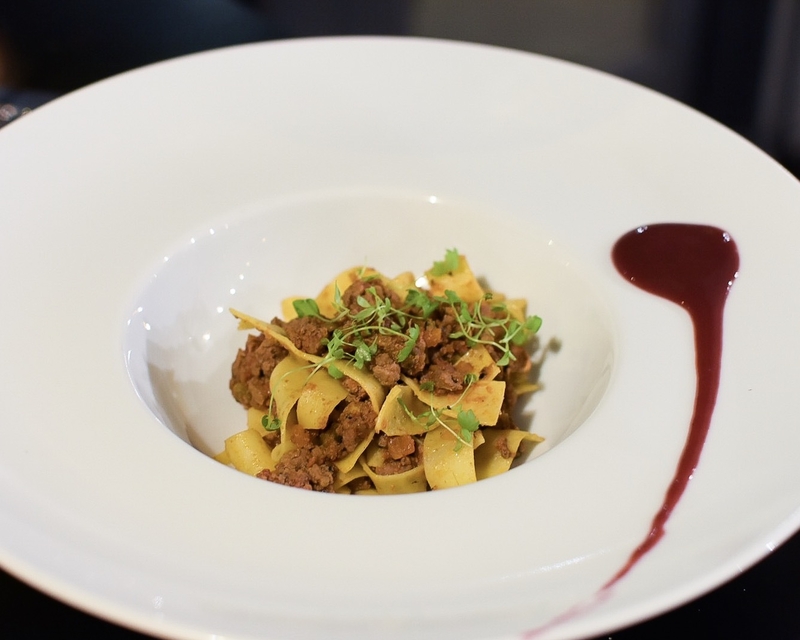 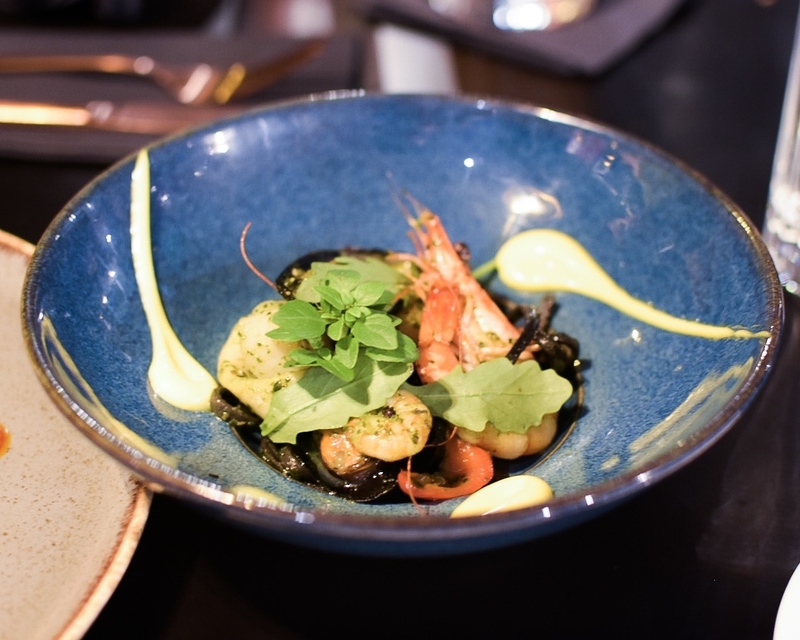 Diminishing returns are brought by a sickly-sweet raspberry coulis smeared next to the venison pappardelle, as if the bowl has had an accident while shaving. The ragu itself is a little dry, but dousing it in ice cream sauce isn't the solution. A deliberately portioned-out selection of seafood crowns linguine daubed black by squid-ink, and again it's great, but the pasta amounts to roughly a blocked-plughole worth. I understand the concept of small plates, but I'm also quite keen on the concept of coming away feeling like I've been fed. 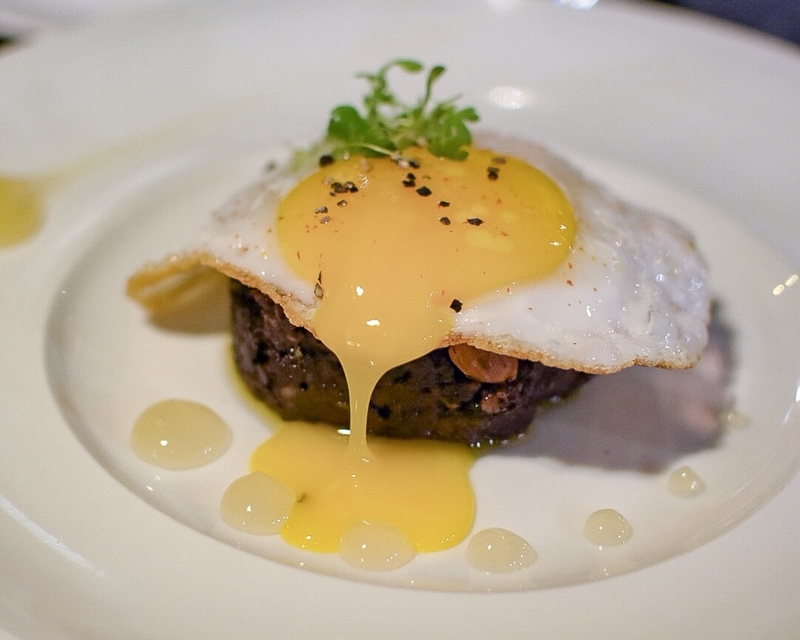 The biggest highlights come when things are left simple. Sanguinaccio - an Italian-recipe blood pudding flavoured with warm spice and toasted hazelnuts, with a crumbly, fresh-baked-brownie moistness. Fried duck-egg doubles down on the indulgence, and the whole thing narrowly escapes being ruined thanks to a few precious centimetres that separate it from the blobs of lemon cif on the side. “Porketta” isn’t quite porchetta, hence the misspelling, but as provincially-herbed pork belly  it’s close enough, and refreshingly un-fussed with. 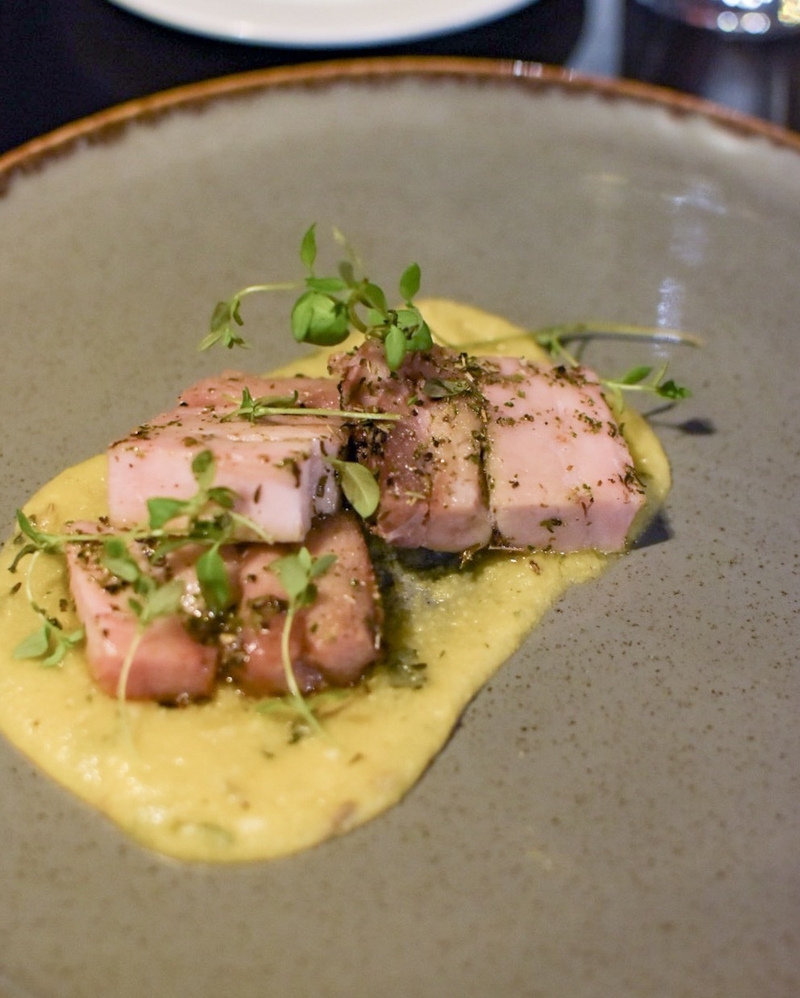 Checkerboard floor tiles and leather banquettes in a shade of Aperol-spritz may give it the appearance of a homely trattoria, but in its DNA it’s a fine-dining restaurant that just happens to be Italian-influenced. It may seem like a small distinction, but it's a a significant one - If you turn up expecting hospitable-matriarch portions and get a comb-over of pasta with some gel and soil then you’d be understandably disappointed.

It doesn’t have the rustic charm of somewhere like Zucco, or Padella’s purists’ perfection - few places can achieve that, and Aperitivo doesn’t appear to strive to. Depending on your tolerance for unneccesary zhuzhing though, (Old Delia would almost definitely deem all of the 00's Masterchef swirls and smears "too poncey") there's still some good stuff going on here.