It’s nearly time. Soon we will emerge from our bunkers, bleary-eyed and unshaven, opening and closing our little beaks in the hope that the mother bird might drop a tasty, wormy little morsel into our parched mouths. But what “take-for-granted” item have you been missing the most these past few months? What’s your worm?

Now, I like to earn my tipple and as we head into summer, the call of the outdoors becomes more and more deafening. For me, there is no finer place on this earth than the Lake District and no greater activity than a good walk followed by a couple of beers.

It’s not hard to find these things in the Lakes, of course, but perhaps you’ve been missing out on a few gems? In keeping with the social distancing theme of the past twelve months, I’ve given you two walking options for each pub, and a rating based on terrain, incline, and distance. You can also download the .gpx files below each article, to add to your sports watch, OS app or smartphone.

Here are five of our favourite pub walks in the Lake District, look out for five more in part two coming soon. 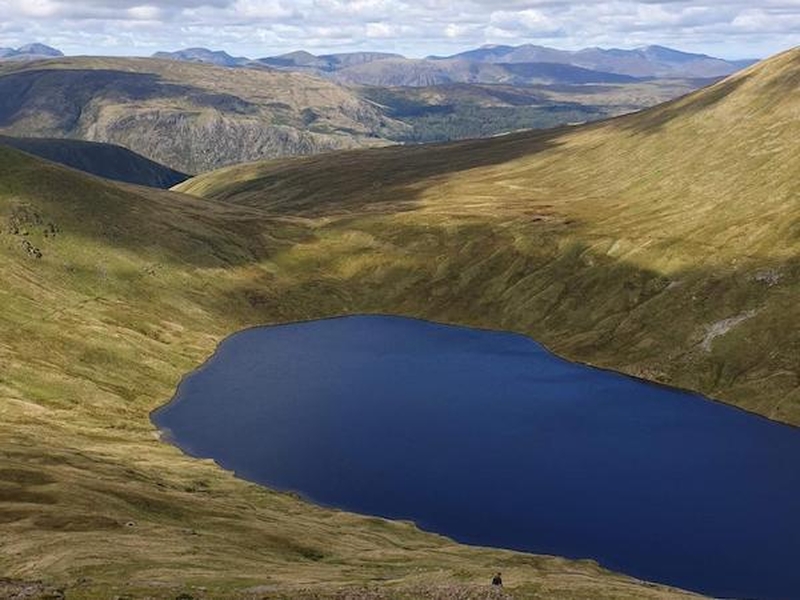 Grasmere is a pain to drive to unless they’ve opened the overflow field for parking and a stroll around the lake is an elbows-out job in summer, to say the least. Fortunately, though, 90% of the tourists are there for a picnic and a stroll and it doesn’t take much to be rid of the crowds in search of finer walks.

I’m not going to lie to you: this one is a beast, but by God is it worth it. Follow the River Rothay to Broadrayne then start your ascent, approaching the summit of Seat Sandal from the southwest. From there, you descend to Grisedale Tarn (one of the most beautiful tarns in the Lakes) before making a lung-bursting, calf-splitting climb to the summit of Fairfield. Circle back to Grasmere along the Fairfield Horseshoe to Great Rigg before veering off to the summit of Stone Arthur and back.

A fabulous cairn-bagging adventure worthy of several beers in Grasmere brewery’s taproom, The Good Sport. Pop round the back for a shady spot overlooking the River Rothay and enjoy your hard-earned beer. 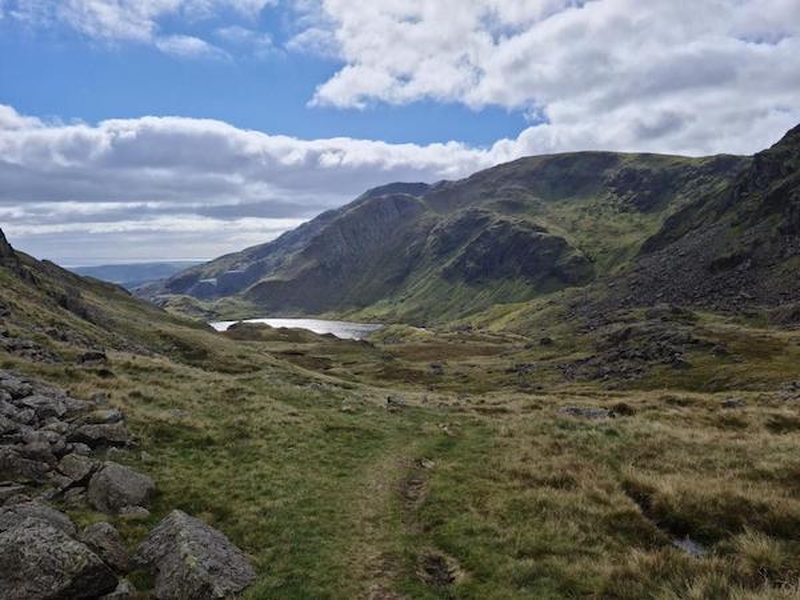 Another 400-year-old pub, I hear you cry? So unoriginal!

You won’t be able to tell what the walls are made of in the Black Bull, so completely covered are they by awards for their outstanding beer. In fact, it’s so good, you might as well sack the walk off entirely and just get hammered all day. But if you decide to follow my recommendation here, it’s a real doozy. While most folk will head to the Old Man of Coniston (and it’s my alternative because it’s a classic), the path less travelled is just as picturesque but several times more dramatic.

You can access Wetherlam by walking in between the almost-circular Coniston range straight past Levers Water (the 6-mile option). However, to do so would be a real shame as you’d miss out on Wetherlam Edge, a short, steep scramble that is simply magnificent. Head north up Yewdale Beck towards Tiberthwaite Farm, then hang a left, continuing to follow the beck around the south side of a small summit, before emerging for your steep ascent to Wetherlam. The scramble isn’t a hard one, but it can get exceptionally windy.

From the top, either descend to Levers Water or bag Swirl How and the Old Man while you’re up there. Either way, the Black Bull will be waiting. 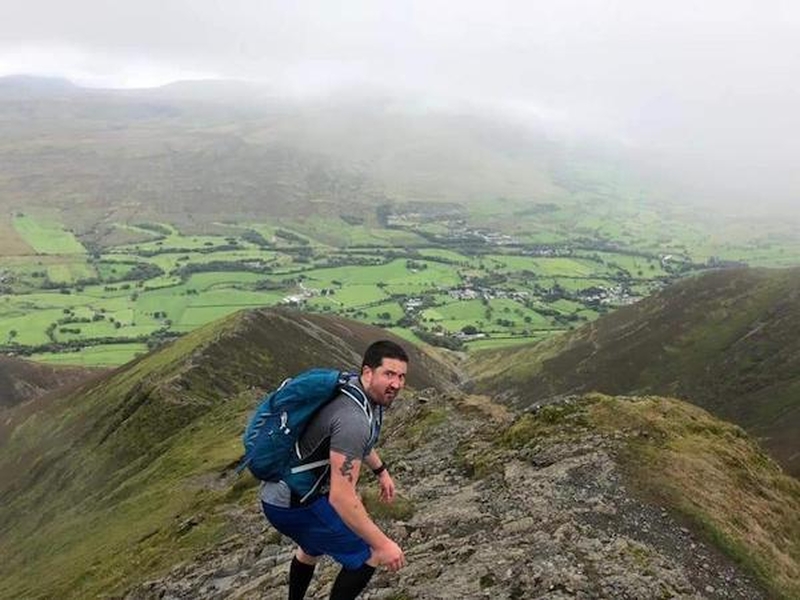 Back to the North Lakes for this one, and one of my favourite mountains – Blencathra. Give the bleak monotony of Skiddaw a swerve and take on Hall’s Fell Ridge, described by Wainwright as ‘positively the finest way to any mountain-top in the district’.

Head north-east to Gate Gill and the ascent to Hall’s Fell Ridge starts with you moving away from the water on your right-hand side, zigzagging up to reach the rock formation a short scramble for the summit. As with most gentle scrambles in the Lakes, you can skirt around the hairier bits on a fairly well-defined path, but the real fun is in going straight over the rocks and up the middle. This is a really relaxed scramble with little exposure and good width, so perfectly safe for confident children and casual walkers. You can come back down the way you came, descend the easy path to the west via Blease Fell (see GPX file), or if you’re feeling really adventurous, tackle Sharp Edge instead - this one really isn’t for the faint-hearted though – it’s knife-edge thin and very exposed - and then come back down Hall’s Fell Ridge.

Once you’re back in the village of Threlkeld, seek out Horse & Farrier for some fish n’ chips and a pint or three. You could even stay the night… 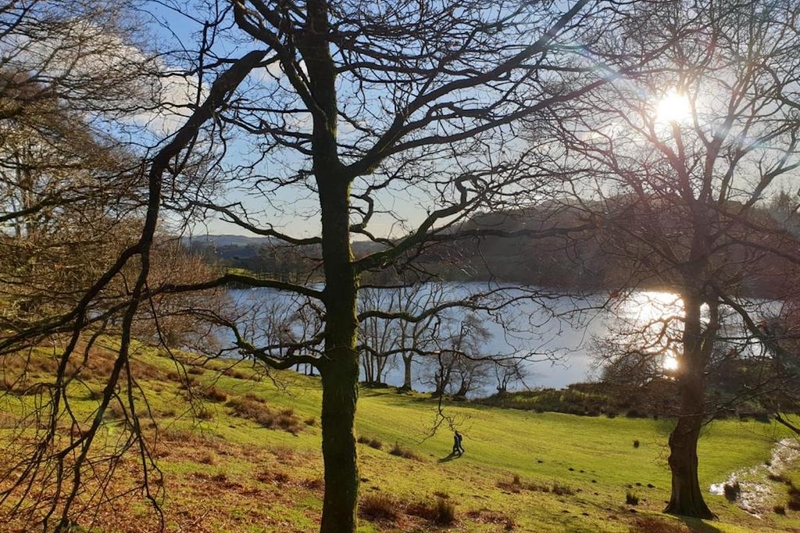 No list of walks in the Lakes could ever be complete without mentioning Alfred Wainwright, the man who so diligently documented the 214 fells of the area. The pub that bears his name is in the stunning village of Chapel Stile, next to the Langdale Estate and a stone’s throw from the Langdale Pikes. But while you’d have to fight off scores of tourists to make your way up the Stickle Tarn, the view from Loughrigg Fell in the opposite direction is panoramic and more striking. You can walk along the road towards the River Rothay until you reach the foot of the fell, but I prefer to go straight up towards Silver How and meander across to Redbank Wood before making my ascent. Once you’ve taken it all in, it’s a steep descent down some manmade steps to Loughrigg Tarn – a perfect place for a picnic – before taking a low-level route back to Chapel Stile.

Beer recommendation: Ask for a beer bat and try 3 at once 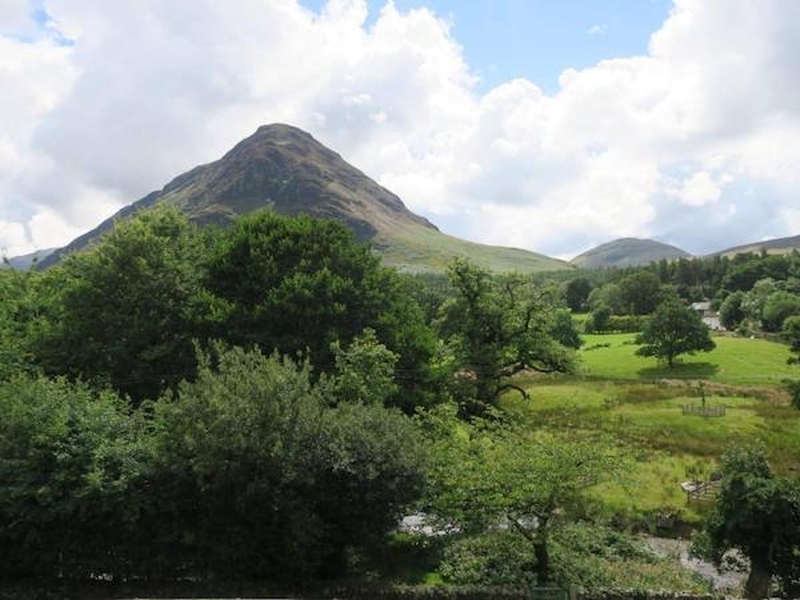 This has to be a contender for best beer garden view and most remote pub rolled into one. The annual tourism trail of the Lakes inevitably focuses on the towns around Windermere, but the further north you venture in the Lakes, the wilder it becomes.

Kirkstile Inn is a beautiful pub with its own brewery, a fantastic food menu, and some of the most reasonably priced rooms in the Lakes. But the jewel in the crown has to be the startling, other-worldly view of Mellbreak’s pointy top, clearly visible from the beer garden. It’s a short walk, just 2 miles to the top. You start with a brief section through a wood and a field, and then it’s a steep scramble over the scree to the top. There’s no real danger here, but you certainly need to be prepared for hands on loose stone, especially if it’s wet.

Your reward is an incredible panorama that takes in Buttermere and its surrounding peaks to the south before you descend more leisurely off the other side and make your way back to the pub alongside Crummock Water.