A round-up of new and upcoming cocktail bars and festivals.

While bars like Pintura and Lazy Lounge scour the globe adding as many gins to their collection as they can find (Lazy Lounge is currently edging the lead, with 1.6 trillion different gins on offer) newcomers Ten Bar are focusing on a more concentrated selection, with - you guessed it - twelve gins. No, ten! Ten gins.

There’s also ten vodkas, ten beers, and ten cocktails. This means that all the bartenders can know everything there is to know about the drinks on offer, and, to be honest, can you really drink more than ten cocktails in one sesh? (That’s not a challenge...)

Located at 10 Duncan Street (the penny’s dropped), Ten Bar’s stripped-back decor and relaxed vibe makes it a no-brainer for people who fancy a decent cocktail without fully immersing themselves in a night out on Call Lane. Although ten cocktails later that might seem like a good idea. 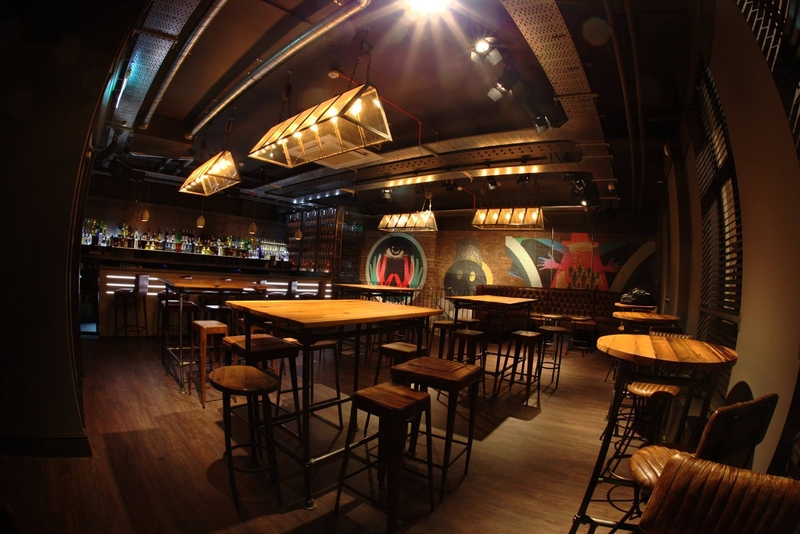 We mentioned this one all the way back in August, when a license was granted for a new bar in Grand Arcade with the working title “Speakeasy”. Now it’s got a different name - and it’s not so much of closely guarded secret - we can tell you that The Domino Club is the new venture from Alexander and Jonathan Neill (Rolands, Call Lane), and barman Niall McGloin, who has come up with a menu of twenty unique takes on classic cocktails as well as exclusive creations.

As well as cocktails there’s a boilermaker menu pairing beers with whiskeys, and once a month they’ll be featuring super-exclusive whiskeys from all over the world that they’ll be selling at cost - giving you the chance to try a £20 dram for what you’d usually spend on a shot of Jameson.

As for the venue itself, you might remember it as The Atrium - an after-hours destination back in the days when you used to flout Heaven & Hell’s no trainers policy by putting black socks over your trainers. However, with their new classy fit-out, table service, and in-house jazz band, The Domino Club harks back to an era when hooch meant hooch, not…”Hooch”.

Two cocktail festivals are returning in the next couple of months - Celebrating its fifth birthday this year, Cocktails in the City is taking over Leeds Town Hall for its two day event - and we don’t just mean the main hall. Their tasting tables, blend-your-own-spirit masterclasses, and pop-up bars and will take guests all over the building, from the Victorian Prison Cells to the very top of the Clock Tower for some unforgettable drinking experiences. Taking place on 6 & 7 April, tickets to Cocktails in the City cost £12, and include one drink. Tickets

Before that, The Cocktail Experience returns to Aspire in March following its inaugural event last October, and they’ve added 5 more bars to the line-up; bringing a total of 18 pals along with them. The likes of MEATliquor, and newcomer Chida Cantina will be joining old favourites like Pintura (who had, hands down, the best cocktail of last year’s event) and Hedonist Project.

£15 gets you entry and one cocktail, or there are a limited number of £25 tickets which get you two drinks and entrance to the Grey Goose VIP lounge, so you don’t have to associate with the riff raff. Tickets