Let us make a start on your annual calendar for you...

THERE's so much going on across the city in 2019, it can feel too much to take in. Luckily, we've made a start on your calendar for you...

Work on that poise at February’s Gymfest, featuring some of the country’s best and brightest athletes, personal trainers and acrobatic teams. Star appearances will also come from Team GB gymnasts Nile Wilson and Ashley Watson. The perfect excuse to get in shape after the holidays… 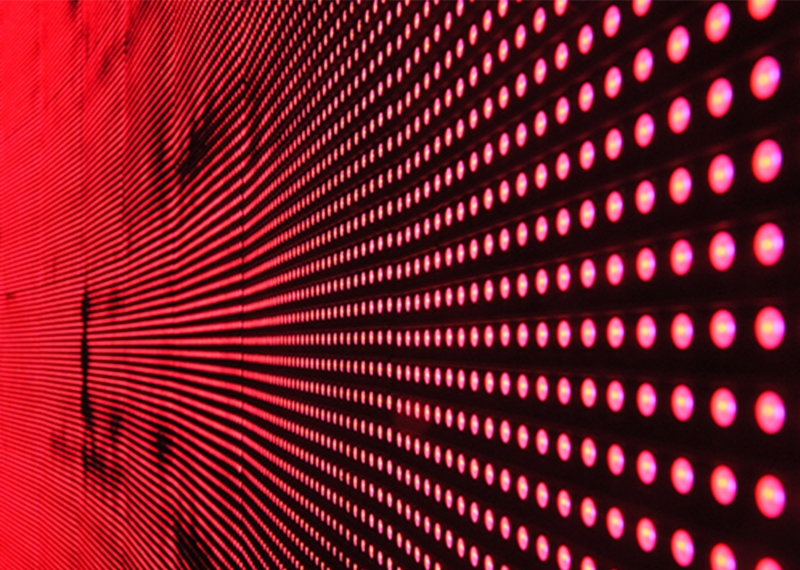 Championing the creativity in coding and highlighting just how much fascinating innovation goes on outside London, expect 2019’s Digital Festival to make significant reference to the upcoming new Channel 4 residence. With over 170 digital-themed events happening in the city in 2018, the Leeds Digital can be expected to top that number whilst committing to its core themes of diversity, innovation and fun. Keep your eyes peeled for details as we have them.

Off the back of some serious press in the likes of Vogue and The Independent (and of course, us), the festival of new ideas and innovation returns with what is sure to be an intriguing offering across art, design and technology. We’re hoping for a re-run of their popular Women in Tech symposium, as well as some top-notch pop-ups along Briggate.

Check out some familiar names and get acquainted with rising stars of 2019 at Live at Leeds festival. The urban festival boasts a strong indie boy lineup in the form of headliners Sundara Karma, Tom Grennan and Swim Deep, as well as up-and-comers Ibibio Sound Machine, Dream Wife and Easy Life. You’re bound to discover something to your tastes across the 100+-band line up - all for the very reasonable price of £39.60.

With veganism only set to rise in popularity in 2019, book yourself in early to the Great Yorkshire Vegan Festival, taking over Leeds Town Hall with a host of tasty treats. It’s not all kale and quinoa either – vegan junk food is set to be a big staple of 2019’s event, as well as vegan-sympathetic talks, merchandise and cookery demos.

Emo kids rejoice – Slam Dunk will be back in Leeds but not as we knew it. Moving from an urban setting to a field event for the very first time, 2019’s Slam Dunk will be held in Temple Newsam park (the former Leeds Festival site), with performances from the likes of All Time Low, Bullet For My Valentine and New Found Glory. Uniform of oversized hoodies and van trainers optional.

Clear the streets and cancel all bus trips as the city centre hosts the Leeds leg of the World Triathlon. Whether you swim, cycle, sprint or simply cheer, it’s an inspirational event that is open to all ages and abilities, culminating in a photo finish right outside the town hall. Registration from all events closes on the 31 January.

With no announcement imminent from Eat Leeds camp, turn your 2019 foodie attention to North Leeds, who have confirmed the dates for June. Try some of the city’s best food in (hopeful) sunshine, stock up on artisan produce as gifts or learn more about mindful eating in the workshops and wellbeing talks section, expected to expand in 2019 due to huge success this year.

If you prefer your festivals with a little more dance in them, you should be snapping up an earlybird ticket to the fifth Made In Leeds Festival. No lineup announcements have been made yet for 2019 but, judging by 2018’s offering, a whole host of resident DJ’s from some of the biggest club nights around the world will be bringing a dose of beachside atmosphere to Thwaite Mills.

Building on the success of its previous five years, Leeds Tattoo Expo returns in summer for all things ink. Book yourself in with a specific artists for that big piece you’ve been planning, get an impulse ink on the day or shop a wide array of prints and accessories for a more low-commitment treat-to-self.

Having increased its revenue by 39% in 2018, Cocoon In The Park is set to return bigger than ever for its eleventh year: earlybird tickets are already available for a bargain £38.50. The lineup is yet TBA but - with last year featuring the likes of Apollonia and Seth Troxler - we’re expecting good things.

Easily one of the happiest, most inclusive days in Leeds city centre, Yorkshire’s biggest celebration of lesbian, gay, bisexual and trans life returns in the summer. Having been criticised in the past for neglecting their local talent in favour of bigger stars, let’s hope 2019 sees Pride take a look down Call Lane (or of course, our rundown of Leeds best drag acts here) for its roster of performers, culminating in various after-parties around the city.

The big daddy of the summer music festivals, Leeds Fest is making a killer play for the Gen-Z market with an early triple threat announcement of zietgeisty headliners 1975, Post Malone and Twenty One Pilots. Oh, and some lads called Foo Fighters; never heard of ‘em but reckon they might be quite big…

It doesn’t come much bigger or brighter than Leeds West Indian Carnival. Having put to bed their fiftieth anniversary celebrations, 2019 sees them look forward to the next 50 with their parade, King & Queen crowning ceremony and range of local events and exhibitions. The carnival team are currently on the lookout for new investors and board members – apply here if you’re interested in shaping their future.

Get your fill of the good stuff at Leeds annual Rum Festival. Already a huge success, they’re promising some key tweaks in 2019 – all sampling until 11pm, more music and street food, a wide selection of guest speakers and a larger selection of non-rum based drinks for any teetotal pals.

Festivals aren’t just for summer – Mint Festival offers another chance to dance in September. A pretty immersive event, they promise to top 2018’s event, which featured flame throwers, an Area 51-themed hanger, a Woodstock disco and a impressive line up of DJs and selectors. Watch this space

Due to take place in mid-November, Light Night is a strong sign that festiveness is on the way, illuminating the city with work from over 60 artists from all over the world. 2018’s theme celebrated 100 years since women won the right to vote, suggesting a similar political theme in 2019. Brexit anyone…?

No dates yet but the team behind Leeds International Film Festival have confirmed that it will return. Well worth a visit if you haven’t already, it offers a great excuse to enjoy some of Leeds finest independent cinemas (Hyde Park Picture House and Cottage Road cinema particularly), with a lineup of cult classics, new releases and foreign films aplenty.

Leeds’ much-esteemed Comic Con and art culture event, Thought Bubble is showing no signs of getting any smaller. Highlights of 2018 included a keynote speech from Marvel writer Warren Ellis and the interactive print exhibition, although it’s always worth lingering in the city centre just to catch a glimpse of the amazing effort that attendees put into their costumes. Who knows what 2019 will bring?

Some brilliant problems: The best outdoor climbing spots near Leeds
What you say
Read Next
● / Travel