‘I expected it to be a sweatier version of Chinawhite...’ - Barry’s Bootcamp Manchester, reviewed 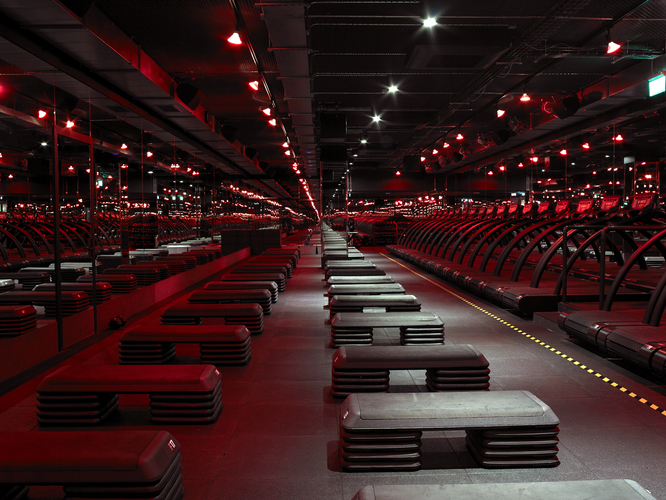 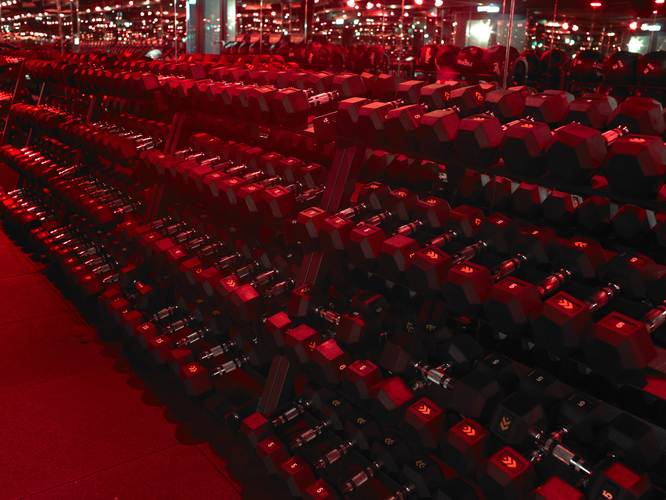 L'Oréal Blackett attends 'the best workout in the world'

The space is almost pitch black – the first sign that this is no ordinary gym session.

It glows a distinct red – an Amsterdam at night hue - and I can barely tell my face from my hands. The wall-to-wall mirrors are steamed with sweat and bass heavy hip-hop is blasting from the speakers (it’s the explicit, ‘parental advisory’ kind). Tops are off and abs are out in their full glory. Sweaty, sexy, smiley people seem to spill out from every corner. But maybe I imagined that. It was very dark.

I anticipated sexy from Manchester’s latest gym import. It's very LA here. Founded more than twenty years ago in West Hollywood by enigmatic celebrity trainer Barry Jay, it has long been considered the ‘best workout in the world’; enticing some of the world’s sexiest people, from Victoria Secret models to David Beckham. In London, people are said to queue to be part of the experience (or maybe that's to catch a glimpse of Becks?) It has also been likened to a cult - one I was willing to join for the promise of rock hard thighs.

I would be lying if I said the class was easy – it isn’t.

Manchester's new purpose-built studio is the company’s second UK gym outside of London. On Lower Byron Street, it’s based inside the ABC Buildings as part of Allied London’s seventeen-acre St. John’s development and amenities are as five star as you’d expect.

Open seven days a week (10am - 6pm) for workout classes, Barry’s Bootcamp’s genius is its simplicity. It’s essentially one main room featuring top of the range treadmills and a floor space for ab, chest and back work with none of those glorified cross trainers. There’s also a fully stocked fuel bar for protein shakes (David Beckham is said to enjoy a 'PB&J' vanilla shake when he works out - naturally, I order one too).

Gym-goers can burn close to 1000 calories in one hour-long session and the team say this is the 'fastest and most fun way to get lean and hard'.

I expected the gym to be a sweatier version of Chinawhite...

Barry’s Bootcamp intimidated me at first. I expected the gym to be a sweatier version of Chinawhite with lots of young beautiful people but with less clothes on. Would they let me in at the door with my battered old gym trainers on?

“You shouldn’t be intimidated,” explained Barry’s UK co-owner Sandy McGaskill. “People often think you have to come to the gym already ‘perfect’.

"This is not a finishing school,” he laughs. “We’re here for everyone wherever you are in your journey.”

Sandy met the illustrious Barry in LA years ago and became hooked on the program before opening a very successful franchise in London. He showed me before and after photos of some of his clients; people who had never even run a treadmill before, now with their own sculpted bodies and Hollywood smiles.

“It’s for beginners, intermediate and advanced levels. I would be lying if I said the class is easy – it isn’t. But you compete against yourself, on your own level,” he says.

Sandy is passionate and enigmatic. All of the Barry's Bootcamp trainers are. They're also attractive, smooth-bodied, boast beaming smiles and have a Californian quality. There's an American enthusiasm about the place too; everyone’s friendly and high on endorphins. I immediately want to be like them.

We get some of the most polite people dropping the c-bomb in class...

All my insecurities melt away as soon as I hit the treadmill – it’s a state-of-the-art Woodway that feels ten times faster than your bog standard machine in Pure Gym. Within minutes, any quiet swearing under my breath turns into loud animalistic growling. Luckily, Kanye West is drowning me out and no one can see my snarl in the steamy mirrors. This class is tough.

“We get some of the most polite people dropping the c-bomb in class,” laughs Sandy. “That’s the point of the dark room and the loud music - we want people to lose themselves in the room.”

He’s not wrong. As the music gets louder I run faster. When my arms tremble under weights, Sandy shouts encouragement over a Madonna-esque headset. “Yes, L’Oréal. Keep going L’Oréal. You've got this L’Oréal...” At one point he’s standing over me, making sure I continue my chest press reps. The music seems to get louder and swearier. I can barely see Sandy's face in the dark. I'm a little scared....

I shouldn't have been. I leave the Red Room drenched in sweat, legs like jelly and with an overwhelming feeling of accomplishment. So much so, I prance about the place in my sports bra with a new found confidence. I high five all the sweaty, smiley, sexy strangers. By the looks of it, I think I may have actually joined a cult...

I clearly love this gym. But at £18 per class, Barry's Bootcamp is a major investment and you have to be willing to commit. I think I am. Although, ask me again when the endorphin high wears off.

Barry's Bootcamp is based on Lower Byron Street

Prices start at £18 per class, memberships starts at £192 per month. For the full price list, see here