Cannabidiol (CBD) is a popular natural compound that comes from hemp plants. It is not psychoactive (so doesn’t get you high) and many scientific studies have shown it can help many common conditions including pain relief, anxiety and high blood pressure.

It’s become quite common and many enthusiastic adopters swear by CBD, which can be found in all sorts of products like gels, bath soaks, creams and oils. One enterprising northern brewery has even started adding it to their beer.

Elliot Horner launched Lancaster-based Cannabrew brewery in 2019, because he wanted to create a top quality refreshing beer that had a little more to it. The small independent brewery produces about 2000 litres per month and you might have seen it in the likes of Black Dog Ballroom, NQ64 and in the Beermoth bar.

Cannabrew now offer full UK-wide home delivery, so anyone can order cans directly and this year, they’ve even launched a Christmas gift box (more on that later.)

We gave Elliot a call to find out more... 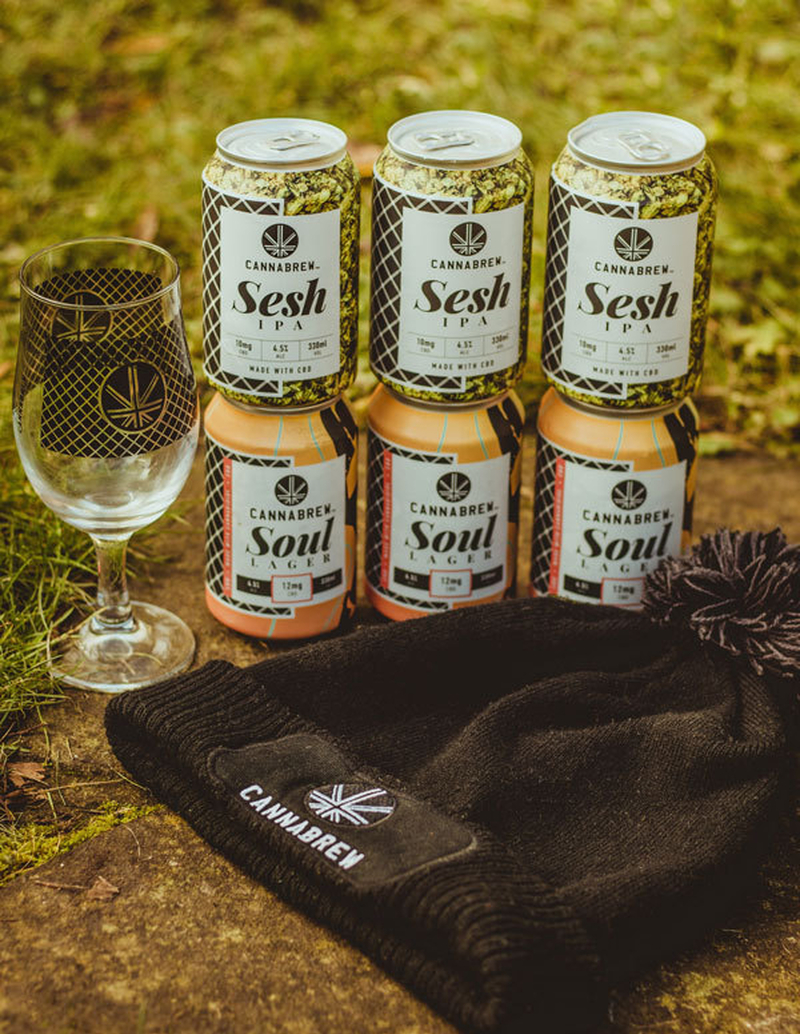 How did you get into brewing?

EH – “My family owns a little pub group in Lancaster. They also opened a tiny brewery in the basement of one of the pubs, so growing up, I’ve always been helping out, getting in the tanks and scrubbing them. Then I became a delivery boy, and then I moved into sales and really fell in love with the industry. So I set up Cannabrew in 2019, after putting myself through a course at a world-renowned brewing school in Sunderland where I gained a diploma in brewing.”

What made you decide to add CBD oil to beer?

EH – “I play semi-professional rugby, so pretty much every weekend my body is in pieces after a game. One of the lads recommended I start taking CBD to try and take the edge off. It’s really good at helping you unwind and chill out because you can get quite worked up while playing rugby. So I really benefitted from the effects. Then I realised I’d prefer to take it with a beer, so I mixed it in and that’s how it all started.”

So there’s a natural kinship between hops and hemp?

EH -“I started researching hemp and hop plants and could see they had so many similar characteristics, and I came across an article an American doctor wrote about the history of the Cannabaceae family. I don’t fully understand genetics but they’re cousins or something.” 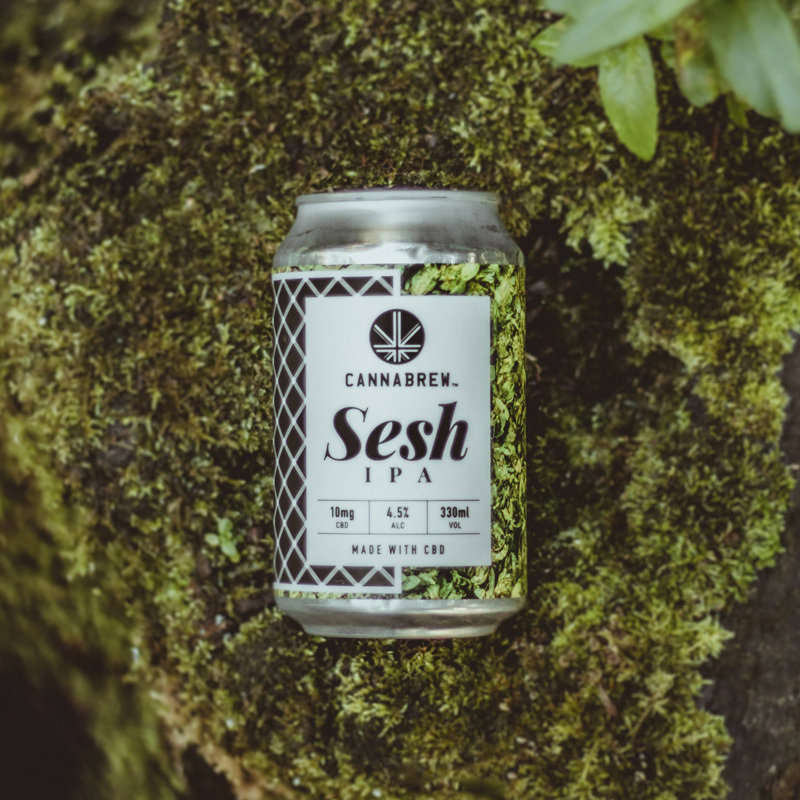 Has CBD got a particular flavour?

EH – “Yes. If you take CBD on it’s own, it’s often quite bitter, but that’s something we’ve accounted for. When we design a beer we calculate all sorts of things before we even start brewing so we just adjust the bitterness so it fits in with the beer style. Hops are often quite bitter too, so we’ve slightly lowered them to balance the flavours.”

What effect should people expect some from drinking Cannabrew?

EH – “It’s quite a mellow effect, it’s definitely not something that’s going to smack you in the face. It’s slow and all it does is make you feel a bit more comfortable. It doesn’t get you high or anything, there’s no THC in any of our products, so it doesn’t affect you mentally. Because it brings your hormones down to a base level of where you should be naturally, I guess you just feel more like yourself – that’s a good way of describing it. You take in experiences better I find. Whether that’s just chilling out at home, you can really immerse yourself in that. Equally, if you’re with the family at Christmas, you’re just really receptive to the experience and can really enjoy it.” 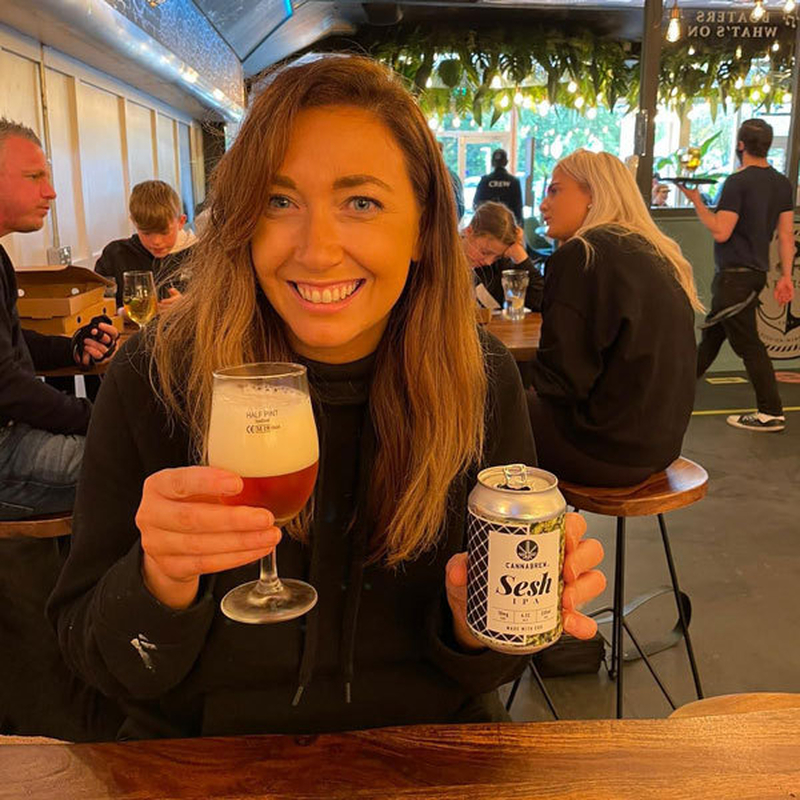 Are you still finding people who are suspicious of CBD?

EH – “It varies quite a lot, but CBD oil is becoming much more mainstream now. People are starting to hear about it and trust it more. You do get the odd few people who are wary because it comes from the hemp plant but we go the extra mile to make sure that all of our ingredients are certified as safe so there’s nothing nasty in any of our products. That reassures people really well.

“We get amazing feedback from people who say things like they had the best night’s sleep they’ve had for a while after drinking our beer, which I love to hear. One guy messaged me the other week explaining that he had a can while chilling out in his hot tub and he felt amazing, which was great.” 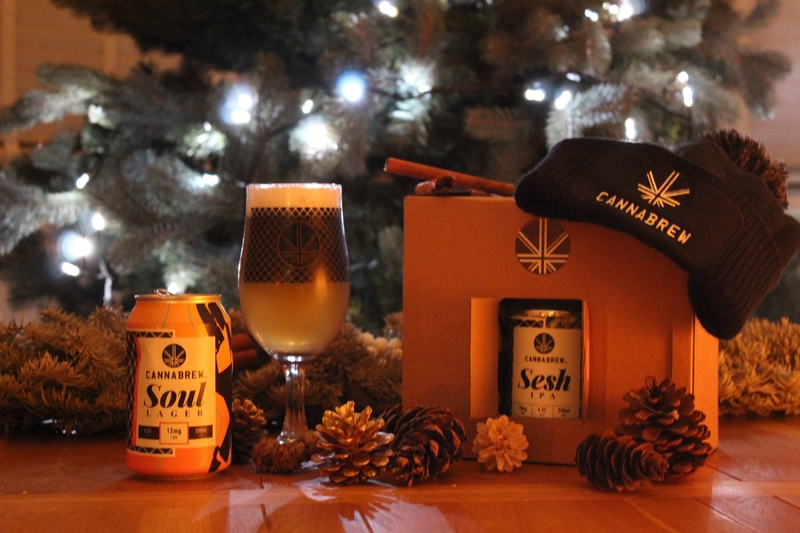 Is this Cannabrew’s first Christmas?

EH – “Well last Christmas Cannabrew was only two or three months old, so we were really just finding our feet. This is the first time we’ve launched a special Christmas box.

“Inside each box is three cans of our session IPA which is a really citrusy, blackcurrant flavoured IPA. And you get three cans of our Soul lager, which is a clean, crisp lager with pilsner characteristics from the hops, but also vanilla undertones, so it’s really crisp and easy to drink.

“You also get a Cannabrew beanie hat and custom Cannabrew glassware. With every box we sell, we’ve pledged to plant two trees in Madagascar, which helps to offset the C02 from each box. There’s also the option to add a special message with each box and UK wide delivery.” 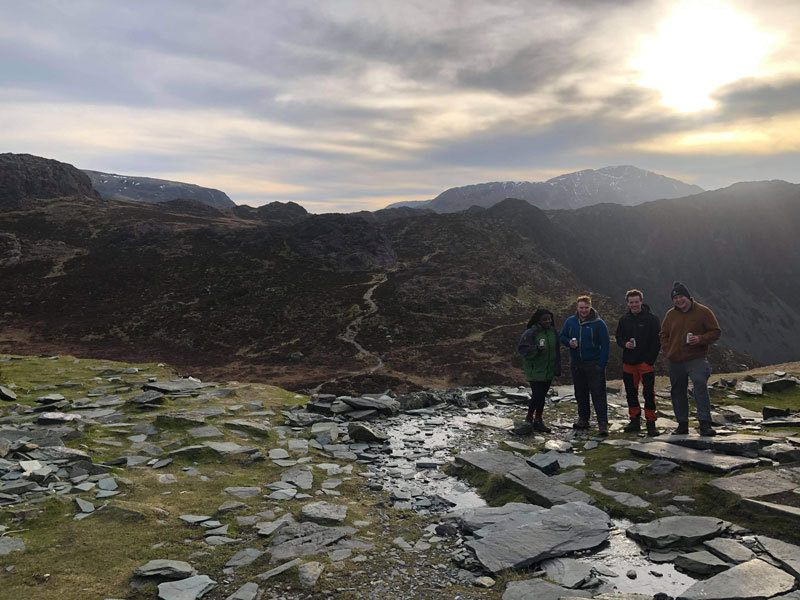 EH – “I live just on the border of the Lake District so I have an appreciation of the natural world and preserving that. Obviously we’re not claiming to be perfect, but we want to do our bit and we want to show people how easy it can be - if that’s by supporting us and buying our products, so that they can offset some CO2, then great.

"We’ve partnered with an organisation who do a lot of work in Madagascar and Tanzania providing jobs and working on climate emergency. When I started Cannabrew, I always pictured myself looking back and being proud of what the company achieved. I want to leave a positive impact on society and the planet and it’s particularly important at the moment.”

Also read - ‘Tis the season to be merry with Beerwulf

What you say
Got an account? Login, to comment/rant.
0 Opinions
Previous Article Next Article
Read Next
● / Bars 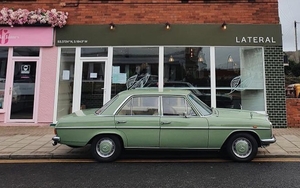 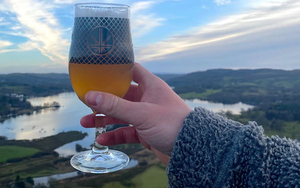 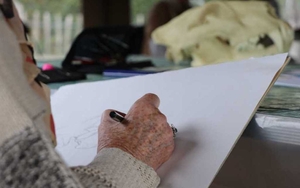