Back To Stories
● / Cheap eats

From disco cauliflower to deep fried pizza to red salt, which ones have you not tried yet?

Scouse might be our national dish but whether you're native, adopted or just passing through, you can’t profess any worthy affinity to Liverpool until you’ve consumed these coveted dishes that have amassed a cult following over the years.

From deep-fried pizza and an iconic salt ’n’ pepper sausage roll, to a pioneering plate of halloumi fries from which we can trace the very beginnings of the fried halloumi epidemic. Take these 10 local delicacies and consider them your milestones to becoming a fully-fledged Liverpool foodie.

Have you tried them all? Have we missed a stone-cold classic? Let us know in the comments or on our social channels. 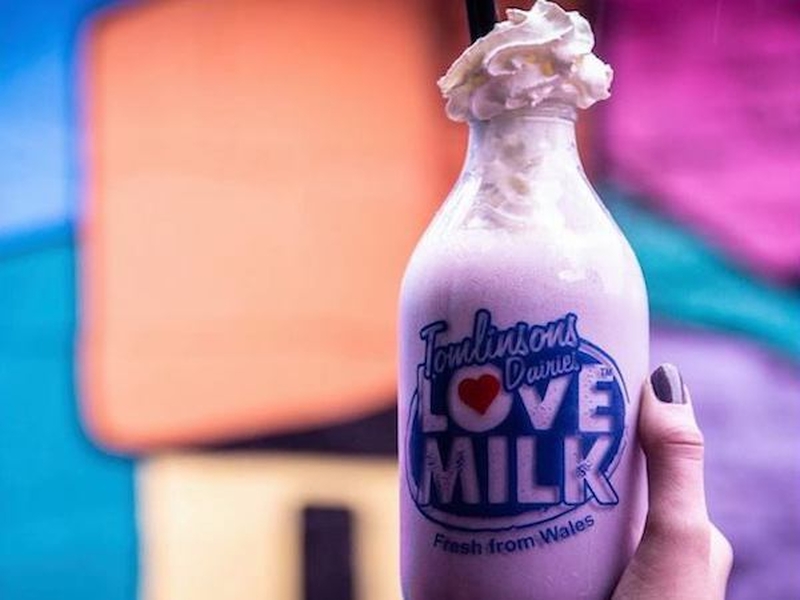 Okay, we’re cheating right off the bat here but when a 'drink' comes served in a milk bottle oozing with whipped cream we can call it a meal - or at least a dessert. The Santa Chupitos $5 Shake is like a rite of passage. If you haven’t queued around the block, shivering in your dancing garb, waiting for a speck at the minuscule bar to Instagram your #5dollarshake then go and sit in the corner and think about what you’ve (not) done. Then, for Pete’s sake, familiarise yourself with the heavenly muddle of Vodka, Chambord, ice cream and blueberries. We bang on about Moose’s pancake stacks all the damn time. But seriously, they’re worth the hype. Some things aren’t (like Justin Bieber or giving up carbs) but these fluffy edible pillows masquerading as all-American pancakes truly are the business. Plain with butter and maple syrup or laced with blueberries or smoked sausage, these are a complete and utter no-brainer. They’ve even been sniffed out by an impressive trail of celebrity callers, including Tom Hardy, Kim Cattrall and Elvis Costello. Many, many a night out has culminated in a tray of cheesy chips or a box of gloriously greasy fried chicken at Nabzy’s - and rightly so too. What Nabzy’s has on all other chicken shops in the city is their signature red salt. Oh, boy. It ain’t good for the body but it’s sure as hell a tonic for the soul. Super tasty and just a lil bit spicy, it’s like sprinkling a freeze-dried orgasm all over your chips. 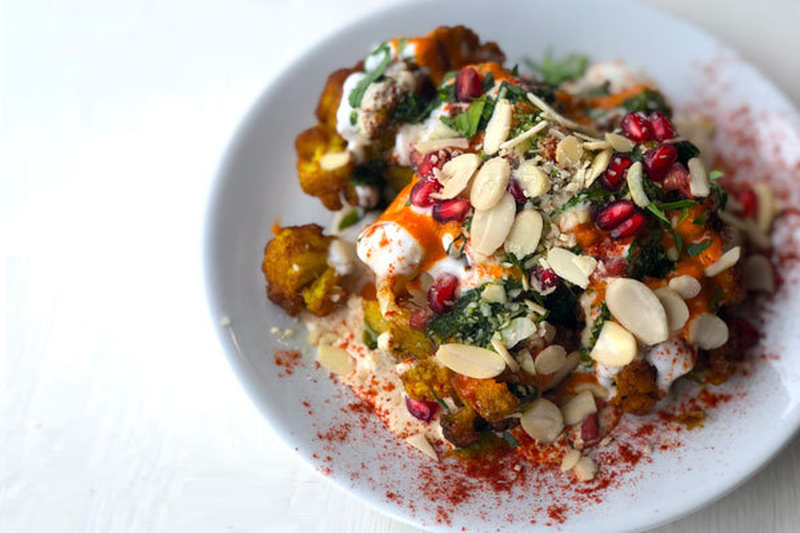 The Maray Disco Cauli. That’s it. That’s the description. If you’re anyone who knows anything about eating out in Liverpool, you won’t need us to describe the infamous technicolour cauliflower, roasted and bedecked lavishly with pomegranate, harissa, tahini, flaked almonds, yoghurt and parsley. On paper, it should look like a hot mess. In reality, it’s a bloody work of art (albeit a bit rustic). Tastes as good as it looks too. 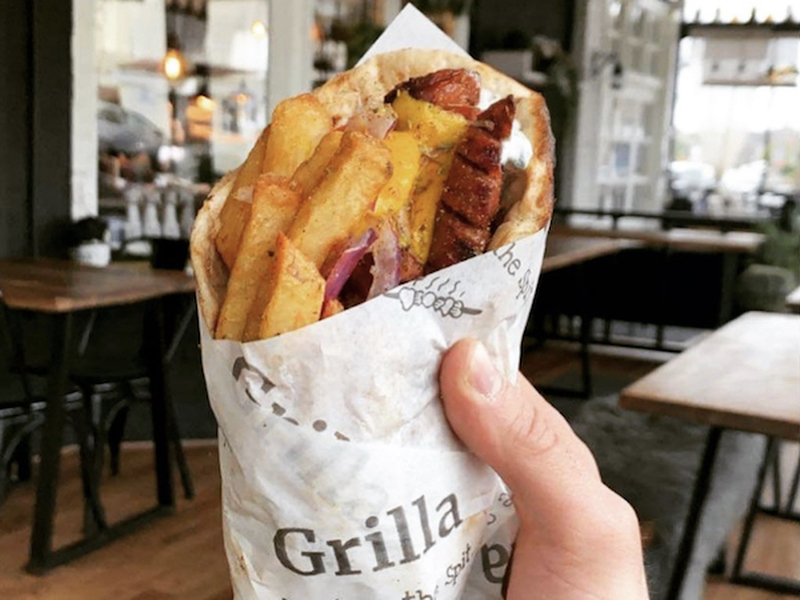 Grilla?! I don’t even know her! (Sorry, been watching too much RuPaul’s Drag Race). What’s better than an unadulterated Netflix binge? An unadulterated Netflix binge with Grilla gyros in hand, that’s what. The grill house on the outskirts of the city centre is a hungry person hot-spot, famed for its homage to the traditional Greek delicacy. You either love it, or you’re wrong. 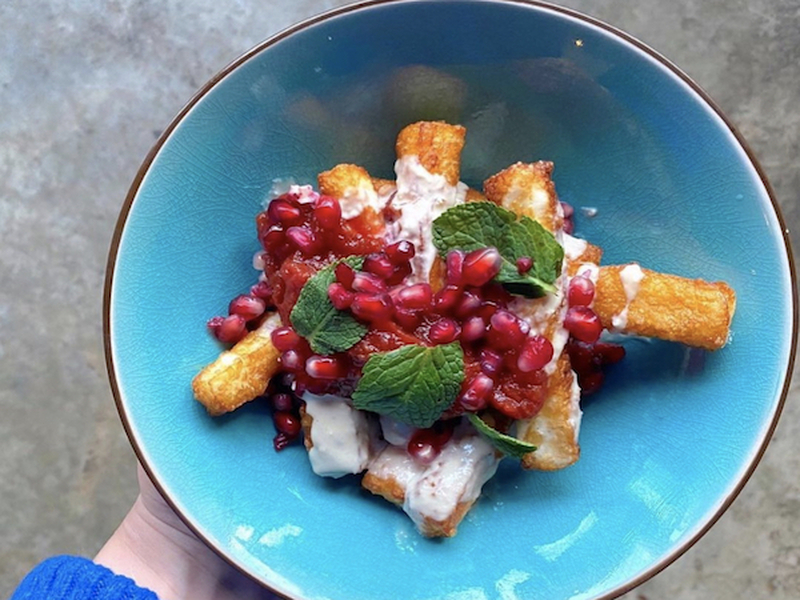 If you thought we were going to do a round-up on Liverpool’s most loved scran without including this one, you must be Hafla-ing a laugh. The sheer volume of squeaky cheese that has passed through the Hafla Hafla kitchen is positively nightmare-inducing. It’s a good job their loaded halloumi fries are so frickin’ dreamy. We’re particularly turned on by the pomegranate & tomato edition, drizzled in tahini and a sticky pomegranate molasses, but the salt & pepper halloumi fries are a citywide staple these days. 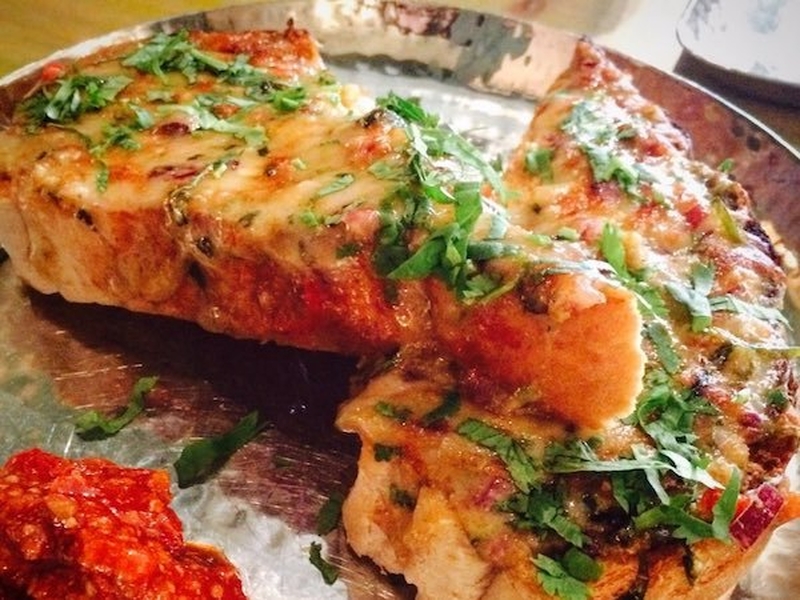 Don’t know what’s with Liverpool taking run-of-the-mill ingredients and making them all fancy-pants but we love it. In good company with the Disco Cauli is Mowgli’s Himalayan Cheese Toast. This ain’t your pre-payday red Leicester on Hovis Best of Both. This is sharp cheddar, coriander and red onions on a slab of fresh bread, doused in green chilli oil and served with tangy Indian pickles. Er, yes please - we’ll take two. 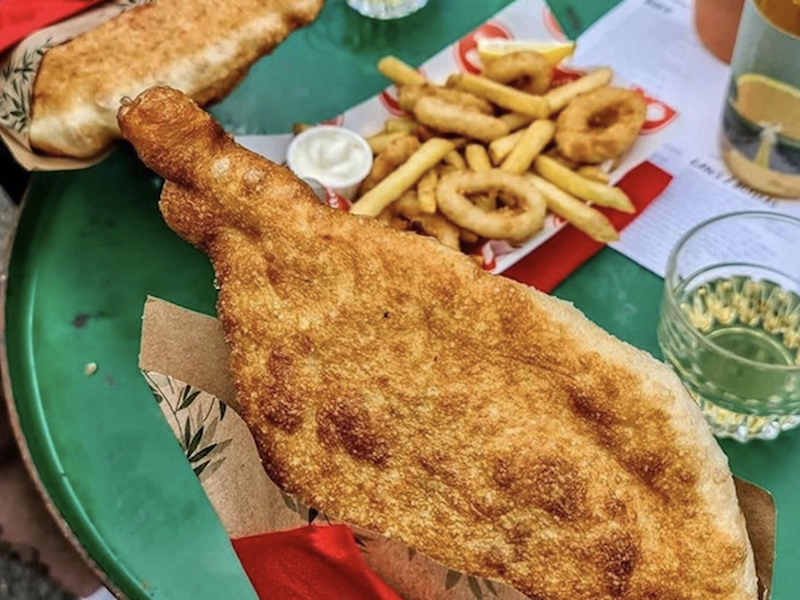 Deep. Fried. Pizza. Pizza, but deep-fried. What a time to be alive. The panzerotti is an Italian classic, translated into Scouse as a calzone that’s been lashed in the frier instead of the oven. Golden and crunchy on the outside; doughy, steamy and stuffed with filling on the inside… Hmm, can’t think for one second why panzerotti at Fritto is fast becoming Insta-famous… C’mon, who even likes a cucumber sandwich? Riot against all things twee and join the afternoon tea anarchy courtesy of the renegades down at The Baltic Social. From sliders and miniature hotdogs to pretzel millionaire’s shortbread and mini Oreo cookie sandwiches, these guys throw two fingers up in the face of convention. You can now get this delivered to your door too. 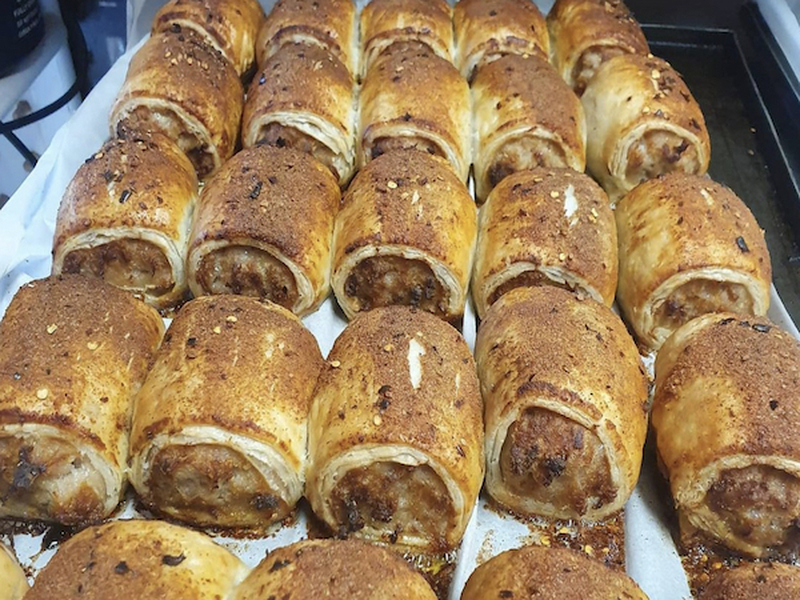 Home to the first and only salt & pepper sausage roll in the city, this family bakery has been propelled to status: Legend in Liverpool. This revolutionary morsel is where two worlds collide; where the humble pastry gets a salt ’n’ pepper shake-up - and we’re here for it (and we aren’t alone). A little out of the centre but well worth the trip.