Santa Claus - the original Blacklers one - is coming to town

IN the days when Liverpool city centre had a department story on virtually every corner, the retail giants competed in the race to provide the best and biggest Christmas grotto.

Generations of children, from every walk of Liverpool life, made the journey to the daddy of them all: Father Christmas at Blacklers.

He was taken into the hearts of Liverpool people and we are delighted to be able to put him back on public display, not just for this Christmas but for many more to come

The family-owned store, Liverpool’s very own Macy's, in Great Charlotte Street, really pushed the sleigh out in the run up to December 25.

And in case you didn't get the message, towering over entire gallery store was a giant Santa, dwarfing everything and everyone scurrying in the floors below.

Now that same giant Santa is back in town for the first time in almost 30 years. It is to go on show at the waterfront Museum of Liverpool from next Tuesday.

At around 18 feet tall, the jumbo Santa was originally used to advertise Blackler's famous grotto, a magical kingdom of animated tableaux and wonder for many Liverpool families during the festive season between 1957 until the store closed in 1988.

The impressive model was made in 1957 by the artist Peter Blazey and his colleagues in the Blackler's display studio. When the store closed Peter bought up many of the props he had created during his career, including Santa. 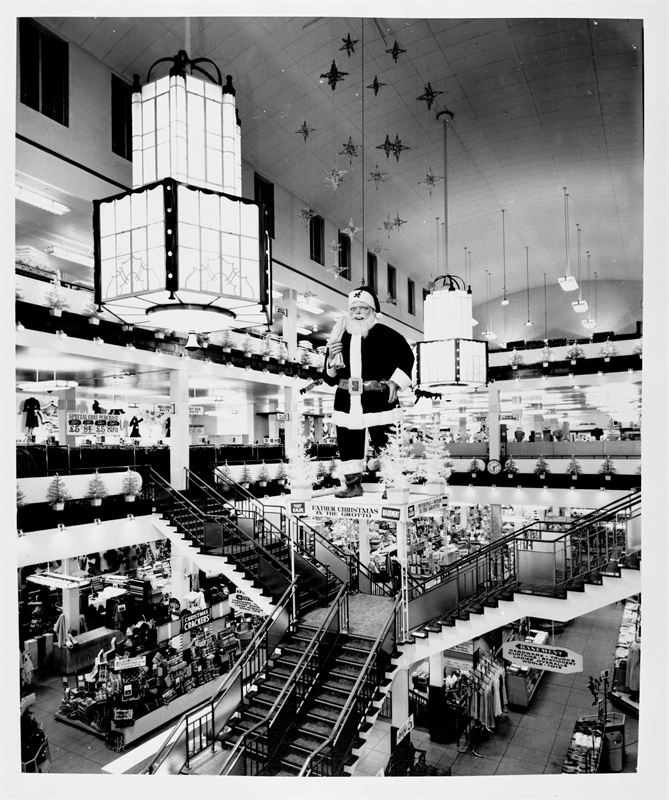 Ho, ho, ho: The giant Santa that dominated Blackler's every Christmas for more than 30 years has been restored thanks to Phil and Alexis Redmond

In the subsequent years it made occasional appearances around the city, including at Albert Dock, to raise money for charity. Eventually, after many years of work, his original cane body and costume could not be saved. Peter kindly donated Santa’s head, hands and boots to the Museum of Liverpool in 2013.

On hearing the plight of the much-loved Santa, Brookside creator Phil Redmond, chairman of National Museums Liverpool, and wife Alexis Redmond stepped in to fund its restoration.

The work was completed by the person who knows the model best: original artist Peter Blazey. The transformation, which included a faithful recreation of his body and costume, has been completed specially in time for Christmas 2016, and will be on display in the Museum’s Atrium until 30 December.

Curator of Urban Community History, Kay Jones said: "Blacklers Santa made a big impression on all of those who saw him on a visit to Blacklers at Christmas. He was taken into the hearts of Liverpool people and we are delighted to be able to put him back on public display, not just for this Christmas but for many more to come.

"We're very grateful to Phil and Alexis Redmond for their generosity in supporting the restoration of the model and to Peter Blazey, who has done an excellent job restoring Santa to his former glory."

Chair of National Museums Liverpool, Phil Redmond said: “Like so many other people, Alexis and I know how important the Blackler’s Santa was to Liverpool at Christmas time. In particular how many childhood imaginations he will have stimulated.

“By helping put him back on public display we hope he will not only bring back many happy memories, but also to now stimulate visitors to return to the Museum every Christmas.”

Blackie, the Blacklers rocking horse ,also resides in the Museum of Liverpool

Peter Blazey said: "Seeing Blackler's Santa go back on display at the Museum of Liverpool 59 years after I made it for the wonderful Blackler's store is a proud moment. I hope a new generation of Liverpool children will love it and it will continue to bring festive cheer."

A flat wooden painted Santa, based on a Norman Rockwell illustration, which decorated the exterior of the building on the corner of Elliot Street and Great Charlotte Street and was made by Peter when he was a young apprentice, was also donated to the Museum by the artist in 2013.

Both Santas form part the Museum of Liverpool's collection of objects connected to Blackler's, including badges, photographs and the cherished Blackler's rocking horse, ‘Blackie’, on display in The People’s Republic gallery.

Whether Phil Redmond can restore another giant from Liverpool's past - his Channel 4 soap Brookside - remains to be seen. 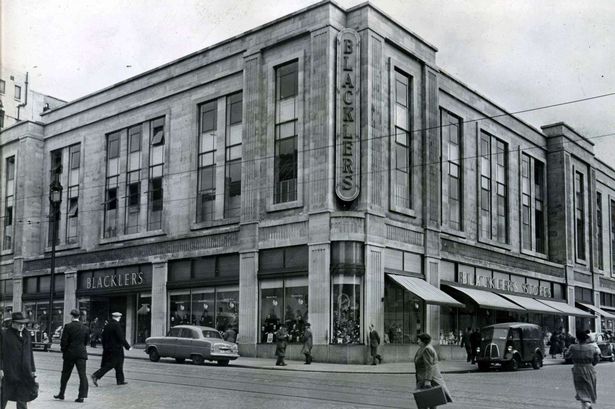