AN urban “garden” in the centre of Liverpool is in danger of being lost forever after complaints from a nearby resident.

The so-called Roscoe Street Rainforest is made up of a series of shrubs and tubs outside and across the road from the Grapes pub in the Georgian Quarter.

They have been in place for many years, tended to by the pub’s owners, Paul and Anne Marie Slater.

We would happily sit and talk with them and negotiate...

In June, however, Liverpool City Council received a written grievance from an anonymous neighbour as part of a wide ranging broadside on the popular bar. It included an objection to the number of customers spilling out onto the pavements during the hot weather and planters “littering the streets”.

A visit from the licensing department followed and the landlords say they took immediate action to ensure that drinkers no longer strayed outside the pub.

However the thorny issue of the plants, it seems, won’t go away. Now the Slaters have been told they must apply for official council permission to keep the green walkway - or get rid of them.

Anne Marie said: “The Highways department paid us a visit and asked us to remove a few wall-mounted planters saying they might pose a danger in, for example, high winds. We did that straight away but there is still an issue with the rest and we’ve been told we have to apply for a permit or remove the lot.”

Although the Slaters say they enjoy good relations with council officers they don’t believe they will be granted permission.

“We don’t think there is any provision within the law for it,” said Paul.

Anne Marie added: “The council have been out over a whole range of different issues in the past and no one has ever suggested that the plants were a problem. This is purely because one person  has complained.”

The Slaters have started a petition looking for support from the local community.

The plants are in nobody’s way, they say, are doing no harm and bring big benefits to the surrounding urban environment.

“We’ve even got a family of squirrels,” she said. “We believe that our plants enhance the local area, are a valuable bird, bee and butterfly haven and simply look better than concrete and brick.

“Not only that but there is a huge white wall opposite and the plants stop it from being vandalised.

“This area is absolutely plagued by tagging. There is only one piece of graffiti on that wall since it was painted white because it’s covered by plants. The landlord actually likes the plants being there because he knows they are stopping his building being covered in graffiti all the time.

“So they are attractive in themselves, they are psychologically beneficial in a built environment, they don’t block any wheelchair or buggy access.

“We just don’t think it is fair that we’re being asked to remove the plants. Give us a set of health and safety rules and we will abide by them.”

The Slaters say the complainant also flagged up the pub’s 2016 extension, which saw the beer garden go, and claimed, in their communique, that anti social behaviour was taking place.

“In the warmest summer in a generation,” said Paul, “the outside drinking has been stopped. The licensing officer who visited us said he had checked and there have been no reports to the police of anti social behaviour.”

Although the pair have no idea who the individual is, they said they would be willing to meet and discuss the issues with them.

“We would happily sit and talk with them and negotiate and find out what is the problem and say ‘is there something we could do to make you happier?’” said Anne Marie. “But for all we know it could be somebody who was badly behaved in here and asked to leave. So we don’t know what the real issue is.”

The pair, who describe themselves as keen gardeners, say they are gutted that the Roscoe Street Rainforest - which even has its own Facebook page - “will probably” now have to go.

“For all the hundreds of people who live in the area who come past and stop and chat to us about the plants and say what an amazing addition they are to that community, one person is going to be responsible for having them removed.

“I think that not just personally, but for the people, it’s a terrible shame.” 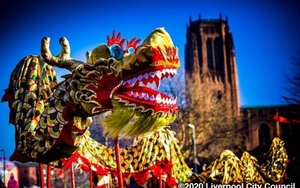 Fun, firecrackers and all your favourite parades and performances are back 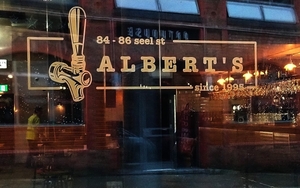