WHEN Martin Scorcese made Goodfellas it was an innocent age.

1990? No. Well, yes. Goodfellas, the film, might have opened with the arresting scene of a bloodied, twitching human being in the boot of a car - but despite a cast of thousands, graphic vision and cinematic firsts, it took just one really sick mind to predict that years later Goodfellas would have its name and identity assumed by a not altogether pleasant supermarket frozen pizza.

Three waiters swoop around us - flash, bang, wallop - and we all do Gorgonzola grins for the camera. “I take another of you, without them, so you not get into trouble with your 'usbands,” the first one offers helpfully

Good then, that we still remember the movie for something else. Namely the 1960s and 1970s. Glamorous women, glamorous men, clubs, cocktails and Then He Kissed Me. The scene where gangster Henry Hill takes his date – and, crucially, a Steadicam - for a fabulous three-minute whirl through the kitchens of an Italian restaurant, serenaded by The Crystals. The scenes fold back, the camera remains constant for this big cinematic moment. It's an old idea given new dynamite and so it is in the theatre of San Carlo.

Already established in Manchester, Birmingham, Leicester, Bristol, London and Kuwait, it was with some interest that we anticipated the Liverpool opening at the back end of last year in one of the old banks in Castle Street.

We knew that at San Carlo drama is the name of the game, and so it proved to be.

Step inside and everything becomes larger than life. Hand gestures are pronounced. Movement is sharper. They mime. They grimace hard. Voices are louder. And make-up, if they wore it, would be greasepaint. Villains would be evil. Maidens would get tied to railway lines with spaghetti and men would jump through pasta hoops to rescue them.

You suspend belief and we are now in 1970s New York. Expect Warren Beatty and not Warren Bradley, cilliegine and not Cilla Black, and you will understand why a bowl of simple pasta tastes anything but simple in this company.

I am there with a native New Yorker, a Studio 54 veteran, who has regressed to a familiar place in time.

Waiting staff are familiar too, as in familiar with the ladies. They might not spin plates, but they raise the eyebrow.

I get the camera out to take a pic of the octopus (no, not the office lothario three tables across) and am suddenly relieved of it by the Italiano man who used to work at Il Forno before he ran away with the circus. Here he sparkles.

Three more waiters swoop around us – Flash, Bang and Wallop - and we all do Gorgonzola grins for the camera.

“I take another of you, without them, so you not get into trouble with your 'usbands,” he offers, helpfully.

But what about the food? It's good, fellas. 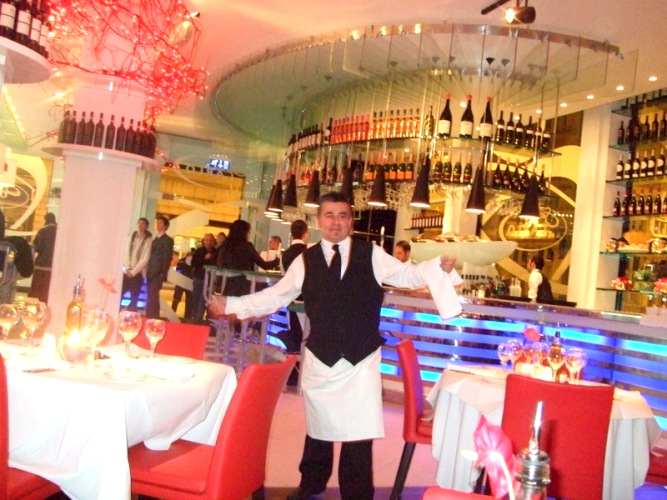 The octopus, a visual feast in its wafer thin slices (£7.95) may have had a bronoise of mozzarella and braised fennel, but it had much more to it – capers, tomatoes, and all in the best possible taste.

San Carlo makes much work of an ever-changing blackboard of fish specials: Dover sole, lobster, Cornish crab, whole turbot, North Atlantic halibut, langoustines and scallops, all on icy, bright eyed display and all welcome in the city whose restaurants often still worship at the altar of Thai fishcakes and salmon en croute.

We had to wait some time for the mains because the chef was chasing a jealous rival lover around the kitchen with a meat cleaver and shouting a lot of Sicilian curses. Perhaps not. 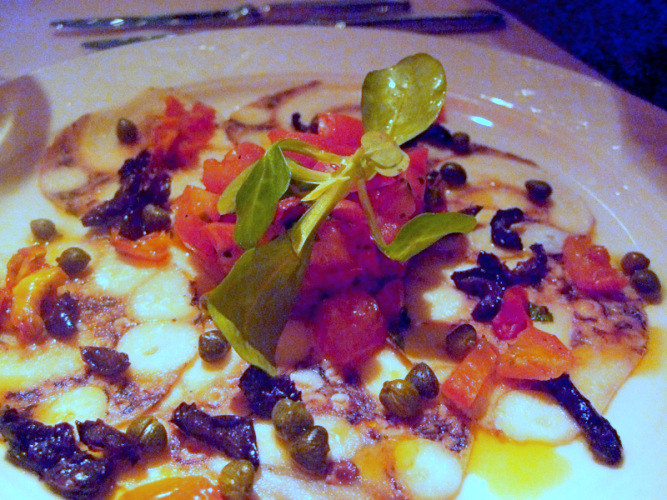 San Carlo peppers its menu with phrases and mottos, like “A tavola non s'invecchia mai,” or “at the table, one never gets old”. Luckily the plates arrived within a whisker of us beginning a discussion about hip replacements. The place was being hammered that night, was still finding its feet, and also, as it happens, we were having a good time and in no mood to mind.

Monkfish Trevigiana (£14.95) was a plenitude of superb, thick, yet delicate meat. Draped only in a simple tomato and white wine reduction, it was executed to perfection.

Polo Marinato alla Carbonella (£11.95) from the charcoal grill, meanwhile, presented itself as a flattened breast of chicken, still tender from an olive oil, garlic, black peppercorn, capers and lime juice marinade. But it was a wasted opportunity with all of Neptune's riches going on.

It's a big menu and there are pizzas, pastas and steaks in abundance to satisfy the populace, by now drugged by the reassuring, heady fizz of garlic hanging in clouds. Large sides of spinach and garlic (£2.95), an avalanche of good flavoured sauteed potatoes (£2.30) and a huge bowl of addictive zucchini frites (£2.95) will ensure, well - large sides. They will also keep any lost Mediterranean Premiership footballer, though perhaps not his WAG, happy on a Saturday night. As will an astonishingly large and rich tiramisu (£4.95) to gawp at when the catch of the day gives way to Match of the Day.

Oh and they do like their celebs here. It's the San Carlo way, be warned. But have a livener at the bar and make like you've just walked onto a Scorcese set, then see if any heads turn. Steady now.

I loved San Carlo when I went. Ah, there I said it, and we only really knew each other for three hours. It knows what it's doing. Chatting its crowd up, massaging them with good food and wine. Sending them home with a fuzzy glow. It sold me in. 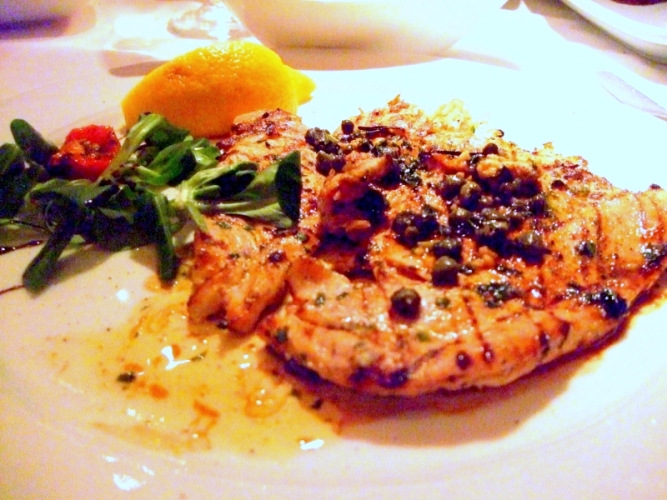 Once the first flush has worn off, I am told I will probably come to be irritated by the Hollyoaks crowd, and the beautiful Cricket set, et al, that will come to inhabit this place, by the pap shots on the walls. But I might not. It's only the widely practised style without substance that gets mine and most people's ganders up, and why shouldn't there be some of this stuff in Liverpool?

Yet, while we know San Carlo isn't wildly successful in other cities by accident, you'd be advised to leave this cynicism and more at the door. Go with the flow and let your senses work the overtime.

And like all theatre, don't take it all so bloody seriously. 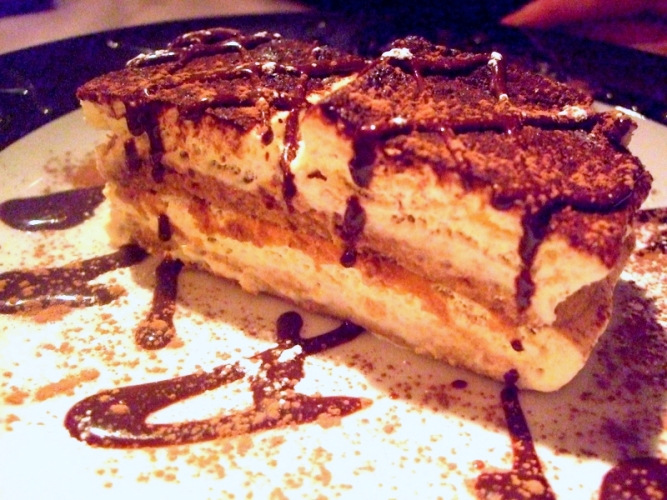 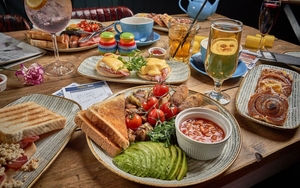