ELECTION night 2017, and while the media commentators are silenced until the clock strikes ten, restaurateurs can say what they like.

As the exit poll loomed, this little bit of France near the waterfront had nailed its colours to the mast, or at least chalked its allegiance to the sandwich board on the street. And a newly-crowned President Macron wasn’t getting a look in.

“If you don’t vote for CORBYN,” it read, “ye a bad wool”,  a phrase which managed to neatly encapsulate both the passion the Labour leader arouses in supporters and his lesser appeal among rural voters.

It might also have your average Frenchman scratching his head, but where me and my friend were concerned, they were pushing at an open door. So were we, unlike the last time that we had tried to eat at Petit Parle.

A couple of Saturdays before we had stopped by, on spec, only to find every seat taken, not bad considering they had been open barely a fortnight.

Mind you, with just 28 covers, big is not the thing here, starting with the name, which means “small talk” and accords with the diminutive nature of the place and the plates. 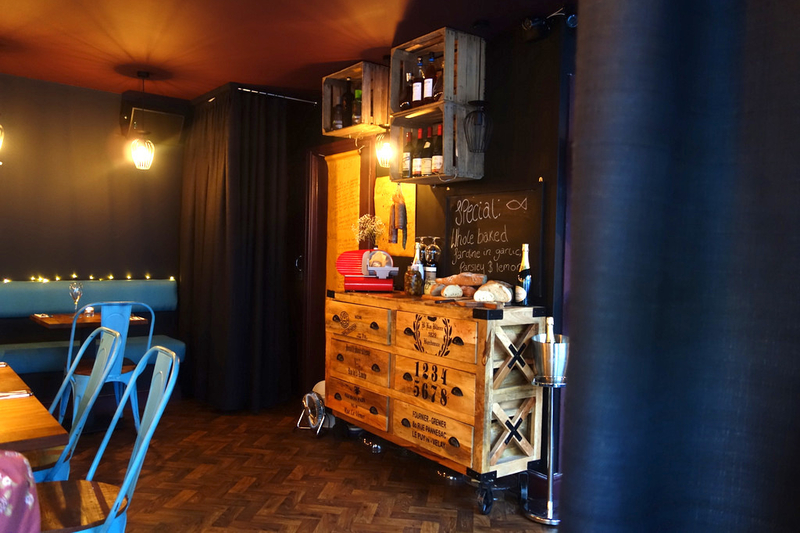 The appeal is evident. Compact and attractive (or bijou, as they say in Provence and at your local property agent) Petit Parle combines rusticity with city chic, confident cooking and relaxed service.

A little bar on the right as you walk in provides champagne and cocktails like French gin with saffron and lemon. Elsewhere  there’s lots of wood and low-key lighting, Parisian street scenes, wine-filled crates fashionably turned on their side, a curtain discreetly blacking out the toilet door and, offsetting it all, smart contemporary seating, the colour of a sun-drenched Mediterranean sea.

Small plates are the order of the day, with talk of evolving menus and creativity. The night we went, it was pretty standard French – charcuterie, onion soup, mussels in wine, mussels in cider, duck confit, that sort of thing. But it’s very early days and the time to be creative is when you’ve settled in. 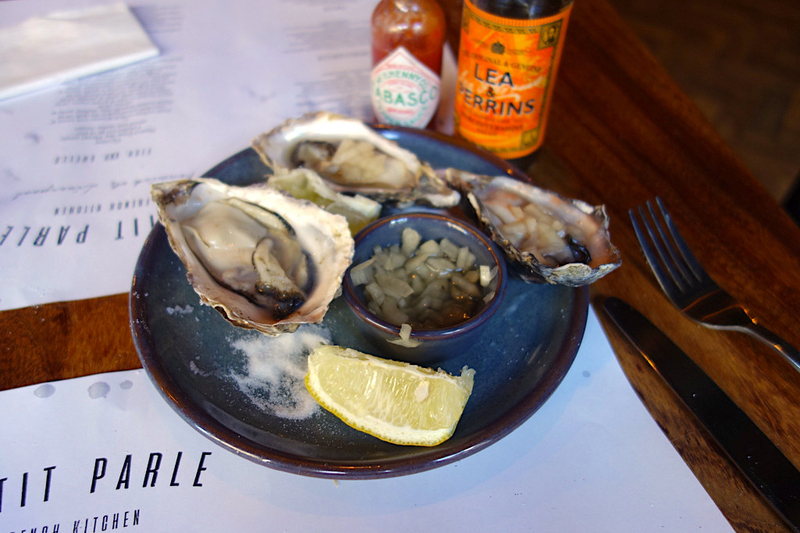 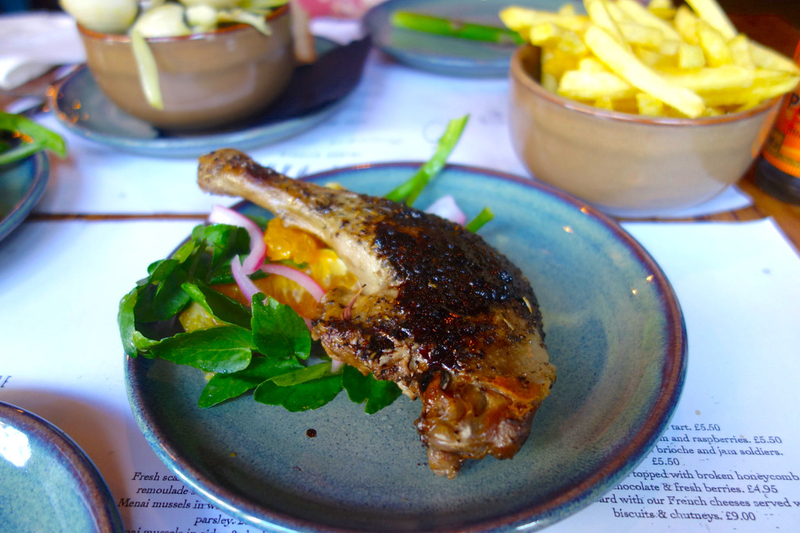 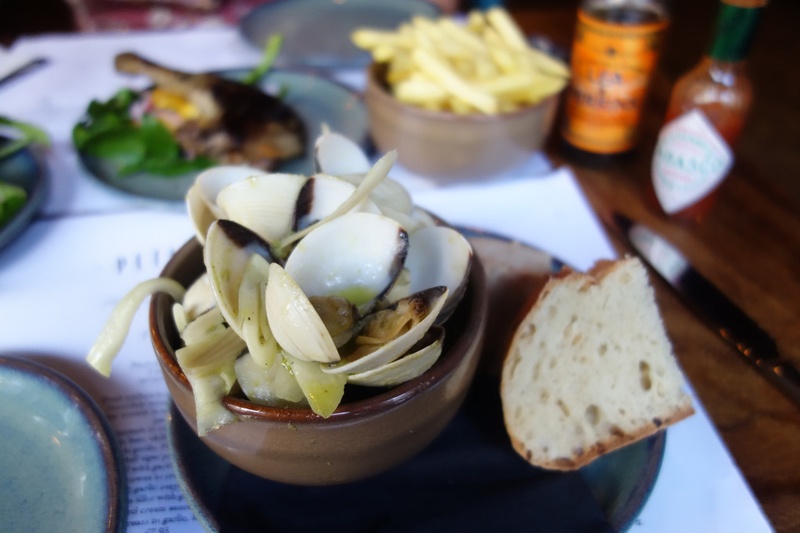 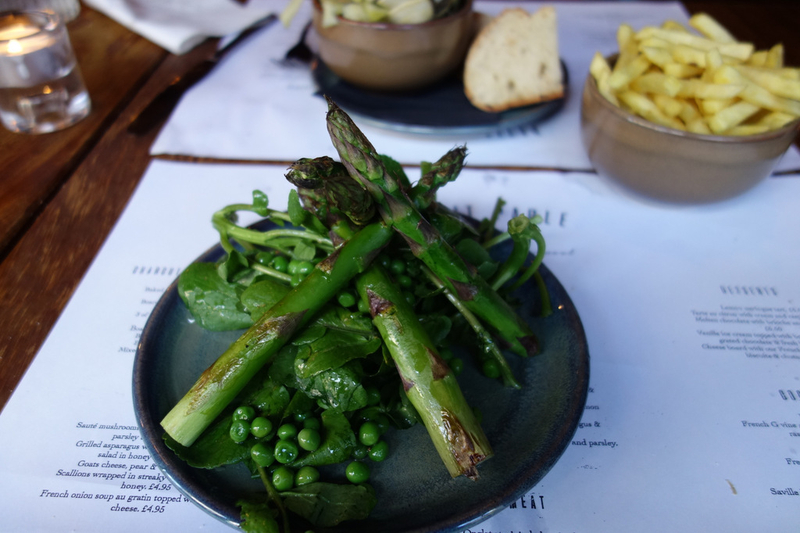 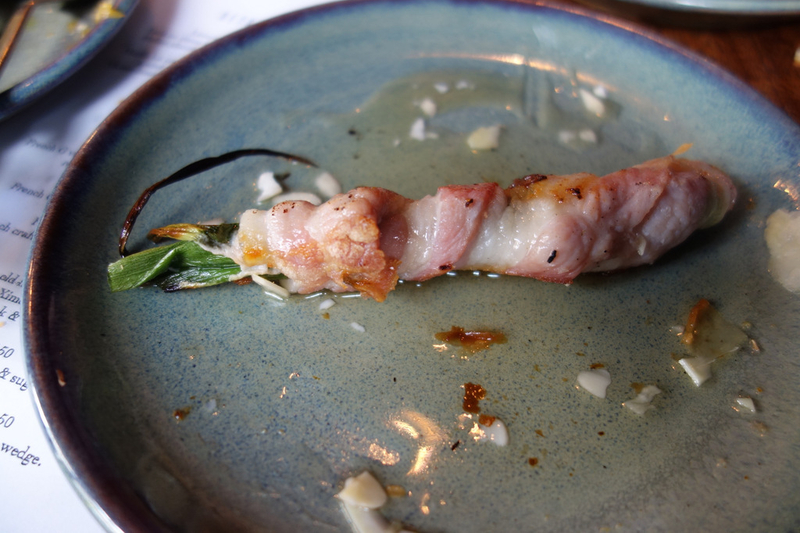 In the meantime, food that’s for the most part skilfully cooked, well presented, keenly priced and tastes good (and occasionally great!) will do just fine to be going on with.

Oysters (three for £5.40), natives from the Menai Strait, were fresh as the morning tide, properly prepared and served in the shell with salt and lemon wedges, shallot vinegar and a bottle of Tabasco to hand. Luscious and full flavoured, I’ll be amazed if there are better oysters to be had in Liverpool.

Running them a close second, a bowl crammed with clams (£5.95), sweet and meaty, with shards of fennel and a well-judged broth of Pernod, cooking liquid, garlic and parsley, rich and generous as a Microsoft billionaire. We mopped it greedily with the two pieces of bread provided, then spooned down the rest.

“Classic” French Fries (£2.95) were thin, crisp, dry, Pretty good, they were not classics but were helped no end by an accompanying bowl of good creamy mayonnaise.

A confit duck leg (£6.50) was fine; my friend thought the skin could be more crisp, but simple orange segments added a refreshing edge. Less good was beef in red wine (£5.50); the meat tender but with a dried-out quality in spite of the sauce, the result, I suspected, of the cooking method rather than the raw material. A shame because a puff pastry lid was excellent.

A salad of accurately cooked asparagus (a little past al dente) with peas, watercress and a handful of fresh mint (£5.95) does not really stand on its own, but treat it as your vegetable side dish you will be happy. A honey vinaigrette is barely discernible – be brave, add more.

Scallions (that’s spring onions to you and me, £4.95) came wrapped in streaky bacon that needed a little more charring but, grilled in honey, they were deeply moreish nevertheless. 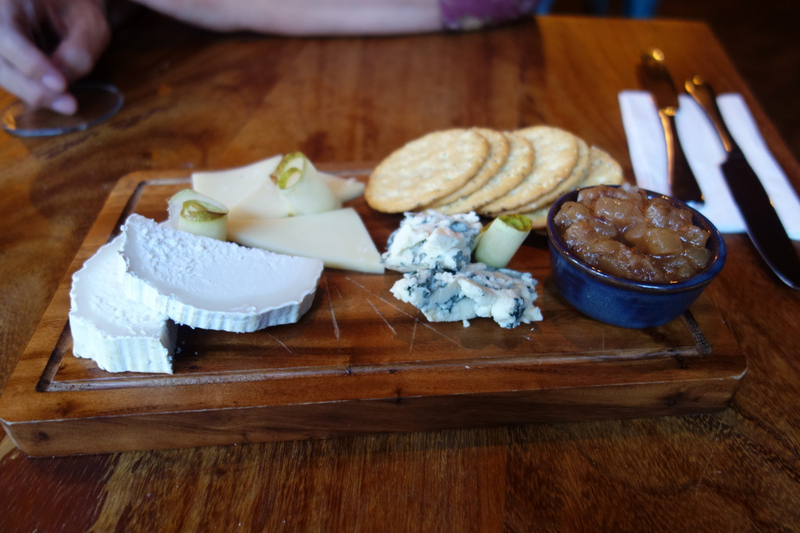 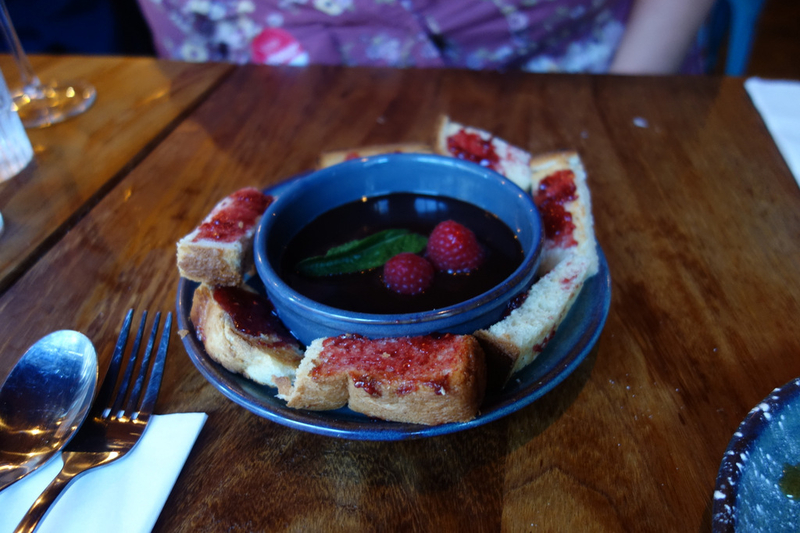 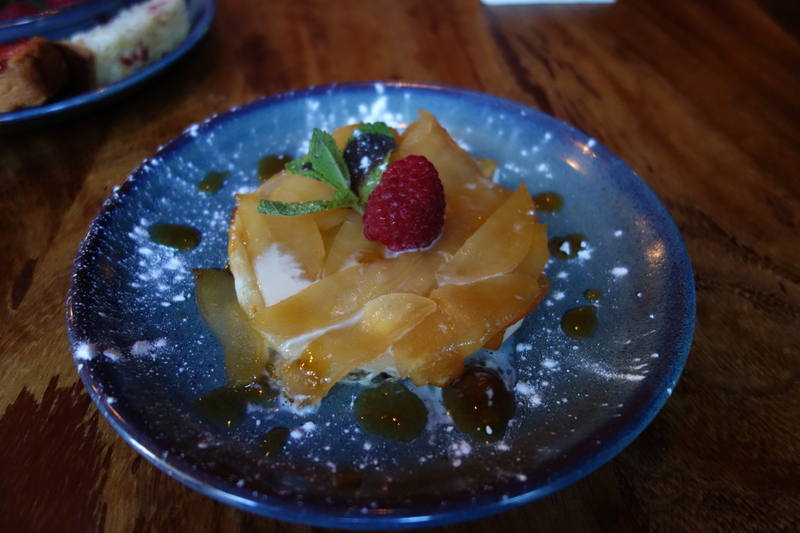 At £9, the cheese board needs bolstering if it is to justify its status as the priciest item on the menu. Creamy ripe blue Camembert with a tongue-tingling, stroke-generating saltiness is terrific but a goat’s cheese is unexceptional and Comte is more workaday than special occasion cheese.

Chutney laced with ginger is welcome but I’m not sure biscuits should not be anywhere near the cheese in a French restaurant.

Puddings came in the form of molten chocolate with “brioche and jam soldiers” (£5.50) which was altogether too sweet, but then a beautiful little apple tart (£3.95) with more fabulous pastry.

The bill was a genuine shock, – the only sort of shock you ever want from a bill. Half a dozen small plates, fries, desserts, cheese, a couple of glasses of wine, sparkly water and espresso weighed in at barely more than seventy quid for two. What we little knew was that the biggest shock of the night was yet to come… 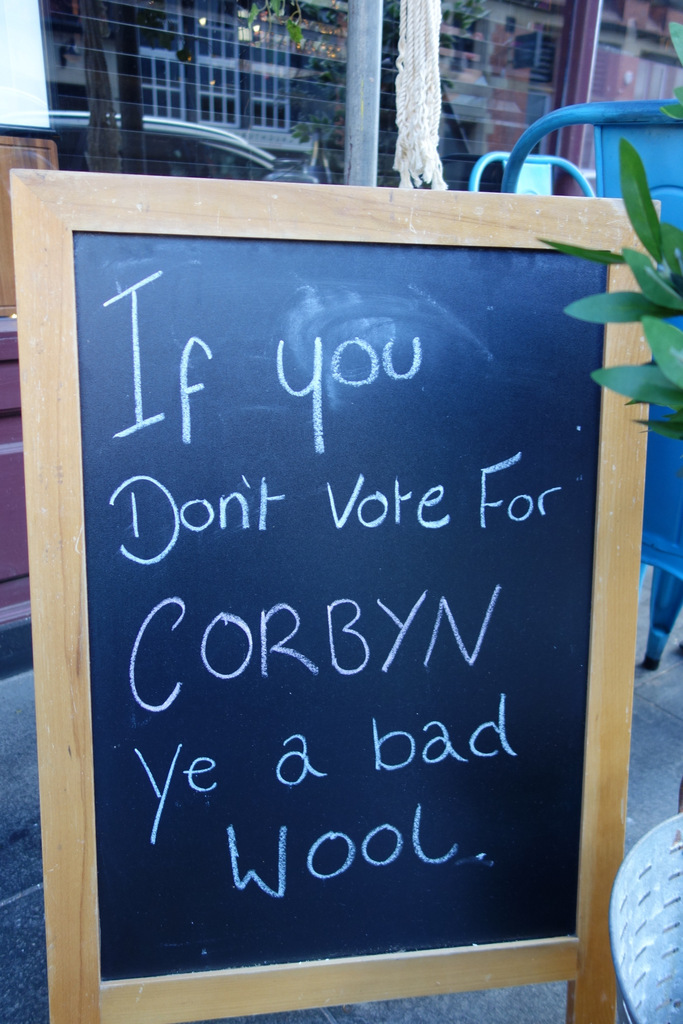