AT a time when tabloid excess and PR spin pale before Trumpspeak, accuracy is ever harder to pin down.

You may think it matters not if a restaurant exaggerates its offer, who cares? But overstatements are not only infectious, they escalate into a war of hyperbole.

And in the cut-throat battle to put bums on banquettes, the only loser is the poor punter promised the world on a plate then presented with a three-course lesson in pedestrian cooking and regret. And they might laugh if only they didn’t have to pay for it.

There’s nothing actually wrong with this,' offered the consumer of the drunken noodles with king prawn. Apart, I noted, from the seafood element tasting like the inside of a plastic bag

Ayuthaya does not merely pledge to provide the epicureans of Crosby with Thai fine dining, and the “culinary masterpieces” to be found therein, but more: the “ultimate dining experience”.

The ultimate dining experience may, just, arguably, be achieved at the three Michelin starred Osteria Francescana, in Moderna, Italy, judged the world’s best restaurant, and for whose 200 euro tasting menu alone people are known to cross oceans.

It is not to be had amid a desolate town centre, alongside the hoardings of a long abandoned building site, in a restaurant serving, at best, average quality food.

Nor, by any stretch of anybody’s imagination, can a piece of meat on a stick with a few bits of cabbage and a turnip carved into the shape of a flower be called a “culinary masterpiece”.

And it should be noted that the place was full and the diners all had smiles on their faces. Maybe this was down to the drink, whose price list spoke of “various delights”. Maybe they had heard the news that, finally, a developer is set to upgrade a wodge of Crosby village centre, which presently looks like it hasn’t quite got round to clearing up after the Luftwaffe.

The chefs, who had apparently worked in some of Thailand’s finest restaurants, looked more like they had just left sixth form, in contrast to their customers, most of whom were old enough to be their grandparents. 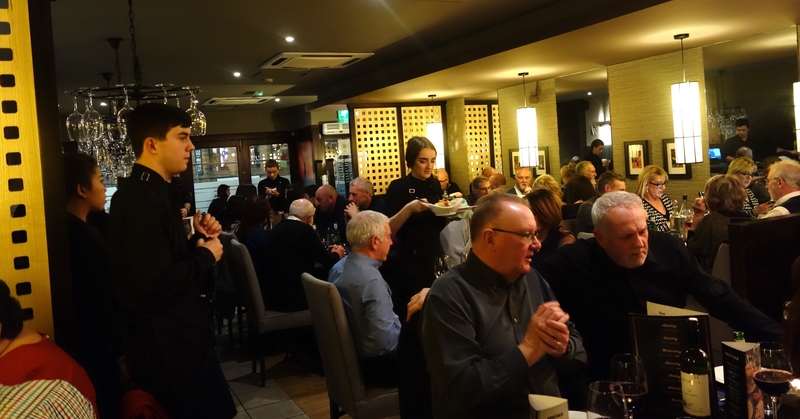 Menus offering noodles or curries with five choices of meat or veg and six levels of spice give the impression less of individually crafted dishes, more of an assembly line or perhaps a fast food takeaway. As it happens, prior to opening Ayuthaya, its owners had established just such a thing in the form of Thai 2 go, Sefton’s first and only Thai food takeaway.

We began with "mooping", the aforementioned meat on a stick, which was indeed “juicy” pork but otherwise relied on a “sweet fragrant” but otherwise unidentified dipping sauce for interest. 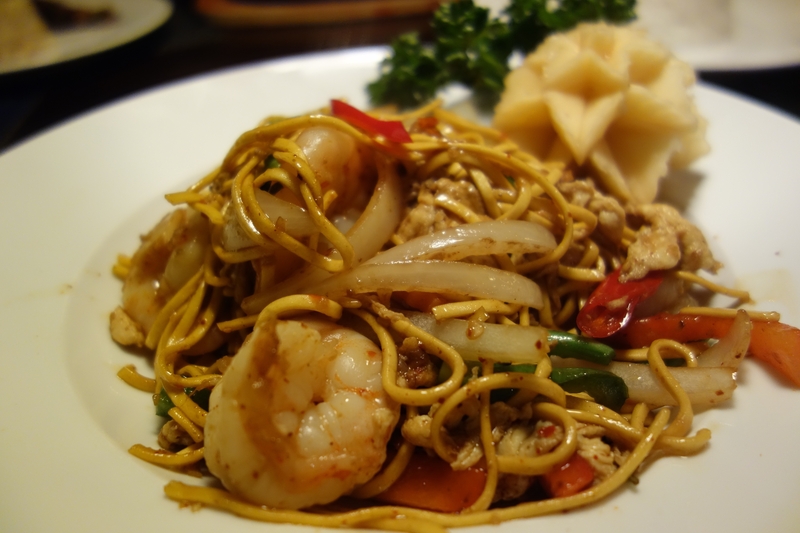 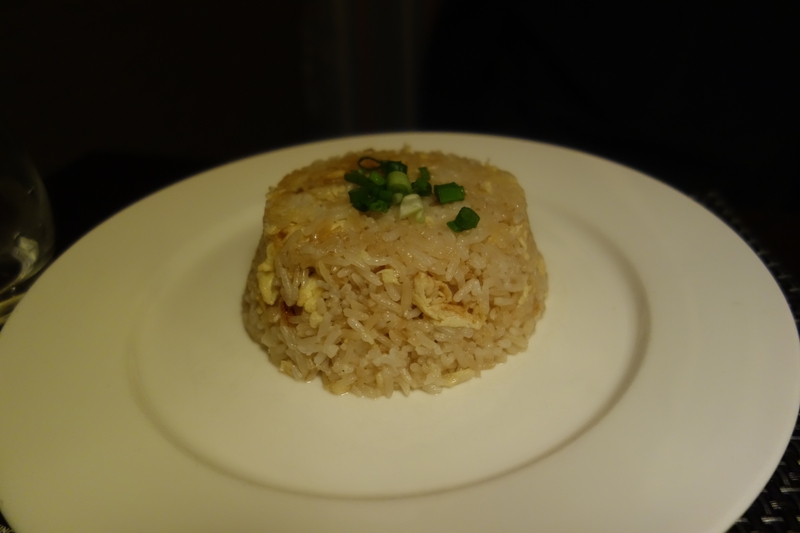 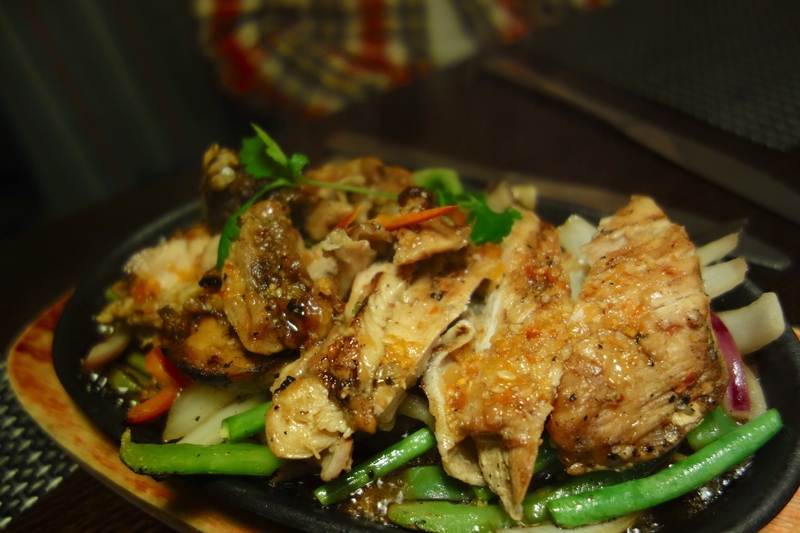 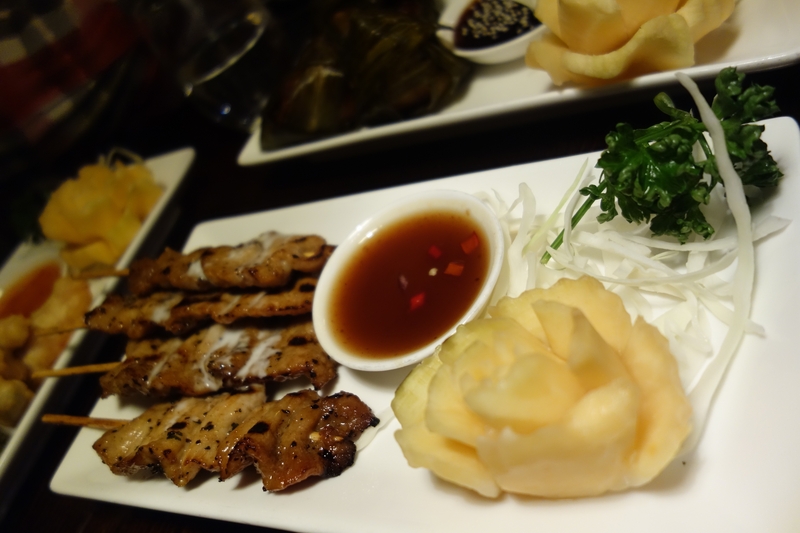 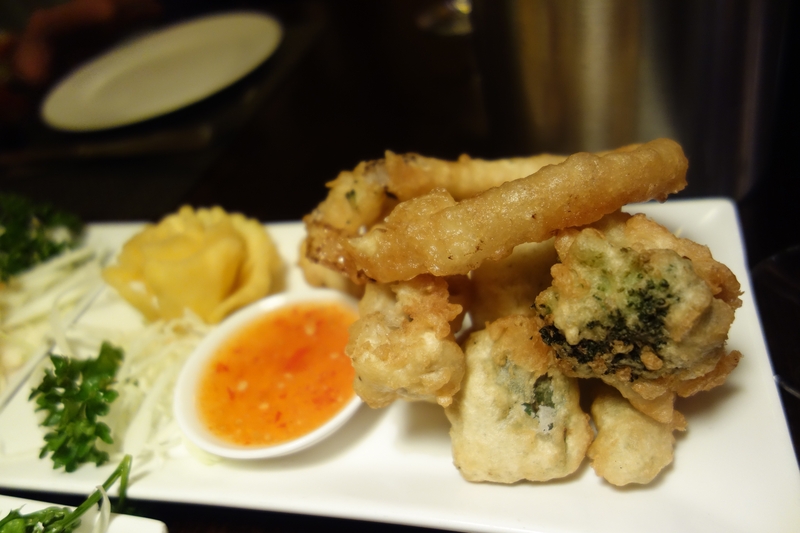 Tempura vegetables (£4.95) were encased in batter that was free of grease but too thick and heavy. And in our book onion rings are not allowed under the heading of tempura vegetables.

Each starter was finished with a lump of raw root vegetable sculpted into the form of a flower. Nicely done but not enough to elevate the additional heap of sliced cabbage and small sprig of curly parsley to the level of “ultimate dining”.

Chargrill chicken (£14.95), from a list of “specials”, arrived as billed, on a sizzling, hot plate with peppers and onions which were the best thing about it. The chicken, said the menu, was marinated in turmeric and “seasoning” but none of this was evident, only the overwhelming sweetness of molasses from the juices.

Pad grapao (£11.95) from the “hot wok” , was half submerged in a lake of sauce and featured beef which, in a blind tasting, I would defy anybody to be sure had come from a formerly living creature.

We dug positives out of stubborn ground. “There’s nothing actually wrong with this,” offered the consumer of the drunken noodles with king prawn (£14.95). Apart, I noted, from the seafood element tasting like the inside of a plastic bag.

If you can afford to down enough Waddling Duck sauvignon blanc at £21 a bottle, and whose only charm lay in the name, you might get drunk enough to not notice any of this.

Our decision to forego pudding was a possible dereliction of duty and, as it happens, a mistake. Desserts are supplied by the excellent Caz’s Kitchen, in neighbouring Waterloo, and may well have provided consolation.

Over on the other side of Crosby, Thai 2 go aims to provide “restaurant quality food at affordable prices”. Ayuthaya’s offerings felt like takeaway food at restaurant prices. Which to my mind leaves them two options: take their prices down, or up their game.