A PUB and restaurant group based in the heartland of the Real Housewives of Cheshire is to convert the former School for the Blind in Liverpool into a 200-cover restaurant.

It will be the first venture in the city for Knutsford-based New Moon Pub Co, and will open late spring or early summer after an £800,000 refit. 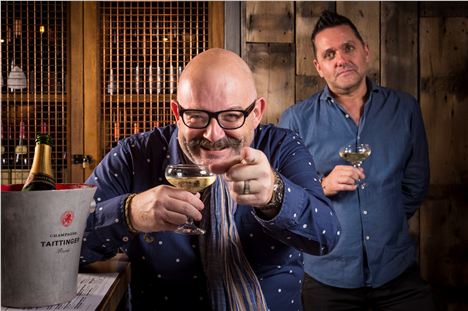 Partners: Dave Mooney and Paul Newman say they have been looking for a Liverpool site for ages

Mooney served his apprenticeship with Raymond Blanc and also worked as commis chef to Marco Pierre White, while Newman was a founder member and shareholder of Living Ventures Ltd which created The Living Room restaurants and bars, Gusto Restaurants and The Blackhouse Grills.

The run-down Grade II-listed building has been owned, for the past few years, by next door neighbours The Hope Street Hotel.

Now it will be revamped and "restored sympathetically to convert it in to a 200+ cover restaurant across two floors, with a state-of-the-art kitchen".

The striking central dome mural by Mick Jones, depicting the Liverpool workers struggles of the 1980s, will not be part of the equation, they say.  The restaurant, which will be based on the concept of the Knutsford's Old Sessions House, will be housed in just the front of the imposing building and the dome set towards the rear. 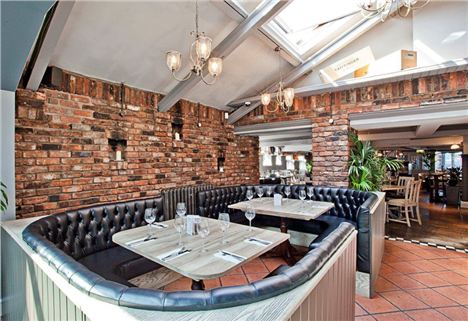 Concept: The Blind School will be modelled on the Old Sessions House, in Knutsford

Paul Newman said: "We have been looking for the right site in Liverpool now for a while and it has always been our intention to be in this fabulous city. We are delighted to have found the perfect site to showcase our thing in Liverpool.

David Mooney added: "We are buzzing and can’t wait to start work on the building. We have already given much thought to our menus, we just can’t wait to get the dishes on the tables."

The Lord Binning in Kelsall was the first in 2011 and subsequently the Old Sessions House, Knutsford and The Hanging Gate, Weaverham which opened in the second half of 2012. The Montgomery Pub & Kitchen, followed in June 2013 and then their first city centre location, Beef & Pudding, Manchester, opened in April 2014. They opened their sixth site in Chester, the Mockingbird Taproom, in October just gone.