Liverpool Women's Hospital: No choice left but to move to Royal

Health chiefs' decision to throw out all other options branded 'insulting'

The GP-led body that oversees NHS care and facilities in Liverpool was accused today of operating like a privately owned multinational over its plans to close the Liverpool Women’s Hospital and build a new unit close to the Royal.

Save The Women’s Hospital campaigners say the Liverpool Clinical Commission Group has disregarded the wishes and opinions of Merseyside women and their families in its so-called consultation over the future of the hospital in Crown Street, L8.

Earlier this year, the CCG published four possible options for the future of the hospital, which oversees neonatal, maternity anÅ women’s services in the city. It pledged that all four would be open to public consultation.

Subsequently, the CCG commissioned a review from the Northern England Clinical Senate, an independent panel of midwives and doctors from outside the North West, to study the plans. Last month a Senate report came out in favour of the last option - moving to the Royal - which has long been the CCG's preferred route. As a result, the other three are no longer up for public discussion.

However, campaigner Lesley Mahmood described the action as insulting.

She said: “The NHS was founded and has been funded over decades by the people, who should have a say in services. This hospital is for Liverpool and for women. So let us have our say.

“The way in which the CCG have taken away the opportunity for the public to comment on three of the four options set out in the Pre-consultation Outline Business Case, was insulting.

“Last March the CCG stated in response to a question at their meeting that all four options would be included when plans for the future of the Women’s went out for public consultation. However last week it was revealed the CCG had decided to remove three options as being non-viable, leaving their preferred option of moving to the Royal site."

She added: “This is not a consultation. It is not what should be expected in a democracy. We are calling on the CCG to reverse this decision when it meets on Tuesday, 10 October. Individuals and community groups will be demanding they be given the opportunity to consider all four options."

A Save The Women’s Hospital group on Facebook has 27,000 followers while an online petition to keep the existing facility has attracted 41,000 signatures.

The hospital, which brought new life, in every sense, to a rundown part of Toxteth, was opened in November, 1995, by the late Princess Diana, and around 150,000 babies have been born there. It cost £30m to build and brought together three older hospitals, the Women’s in Catharine Street, Mill Road Maternity and Oxford Street Maternity, birthplace of the famous Walton Sextuplets. Around 50,000 patients are treated there every year.

But health chiefs say the current hospital is unable to offer specialist treatment needed every year by mothers and babies who develop complications. Around 800 patients a year have to be taken by ambulance to the Royal or to Alder Hey.

Michelin’s green stars of the North: “We should all be eating less meat”

Michelin’s green stars of the North: “We should all be eating less meat”
● / Clubs 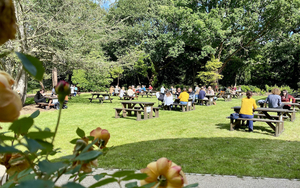 Plus The Secret Garden, coffee beats and more 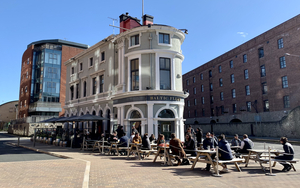