‘This could be anywhere; Liverpool or Rome’ – Volpi, Duke Street reviewed

It’s the first sunny day after a particularly rainy August and we’re outside 27 Duke Street. It’s a sun trap, it looks glorious and the bittersweet taste of Campari is calling my name.

Inside we go; and Google Translate tells me that Volpi means foxes in Italian. A clever and sentimental homage to a previous time, when this little corner sunspot went by a different name ‘Filter + Fox’.

Filter + Fox paved the way for a whole new style of socialising in Liverpool, introducing proper café culture to the streets of our city. It was loved by many, and it was a sad day when announced that its doors would be closing in exchange for something new.

But, after a momentary panic, loyal patrons took solace in knowing that this wasn’t really goodbye. Thankfully, you’ll still see the same familiar faces running the ship: the same culinary geniuses who brought us Belzan and Cinder. Volpi is simply a result of evolution, describing itself as Filter’s eccentric big brother from the Italian Riviera.

Inside it’s still effortlessly cool and the sound of 70s soul sets the scene. At one table, a woman is reading, a cup of black coffee accompanying her. At another, a young couple chew the fat over some freshly baked focaccia. I’m sat with a decent view of the bar and watch as drinks being prepared with the utmost professionalism and precision; the man behind the counter a clear master of his craft.

Wasting no time, we dive straight in and order a portion of tapenade (£3), which was fiendishly moreish and heavy on the anchovies. The olives (£3.50) were nothing to get excited about, but that’s probably because we’d just nailed a portion of the best black olive tapenade in the north west, so its humble salted counterparts were wasted on us.

The menu is small. You’ll still be able to get your hands on one of those grilled cheese sandwiches, but today we’re taking advantage of the daily deal. Any bowl of pasta and a glass of house wine or a negroni for a tenner, which basically means you’re getting a drink for a pound. A bargain if ever there was one.

The air is filled with the irresistible smell of melted pecorino cheese, so I order the n’duja fettucine, which comes topped with lashings of the stuff (£9). The smoky salami spread generously incorporated into a wonderful mess of the freshest pasta. It had a nice kick to it too: the more you ate, the spicier it became.

Tagliatelle cacio e pepe (£9) was comfort food at its finest. It means cheese and pepper, and this dish was simply that. Unravelling ribbons of pasta smothered in a cheesy, peppery sauce – it was everything you’d hope it would be. Rich enough to induce early signs of food comatose, but light enough to leave room for dessert.

We culminated our carb-heavy lunch with two coffees (£2.50) and a slice of orange and almond cake (£4.50). I avoid sponge cakes as a rule, because more often than not they’re just not worth it. Today’s dessert was certainly the exception. I refuse to use the ‘m word’ to describe its texture because, quite frankly, it goes against my moral compass – but I’m sure you’ll be able to catch my drift when I say it was anything but dry.

Nursing my second negroni with the sun warming my back, that old Beautiful South track comes to mind. This little sun-trapped corner of Duke Street is bringing a glimpse of the Mediterranean to Merseyside and this really could be anywhere: Liverpool or Rome. 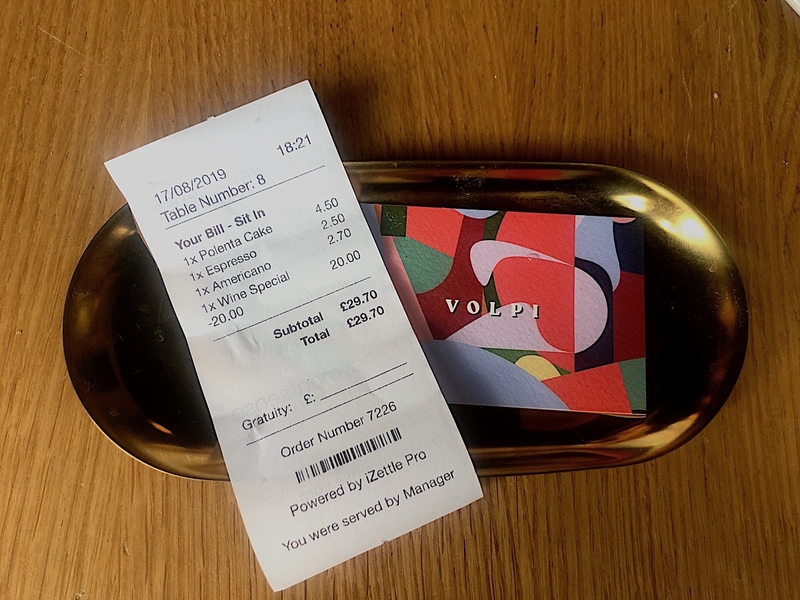 'Made with ladles of Italian love and a sprinkle of alchemy' - L'Olivetto, reviewed
● / Things to Do 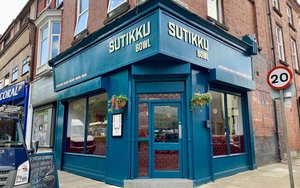 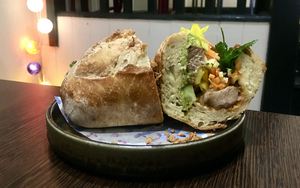 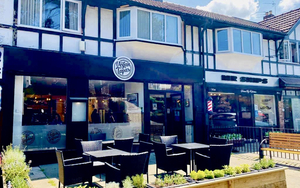