Lapping up luxury in the shadow of Coniston Old Man

WE’LL never forgot our first self-catering holiday in The Lakes back in the Seventies. A breath of fresh spring air needed after the glum deprivations of James Callaghan’s Winter of Discontent, we booked an off-season cottage in isolated Loweswater.

Since we didn’t drive and the village had no shop and a pub that didn’t do food we subsisted on supplies brought with us by taxi from Cockermouth. These lasted until the Friday when I spilled our spaghetti dinner onto the dusty, beetle-ridden stone floor; salvaged, we chewed it warily. Our cramped, heatless hovel was redeemed only by the stupendous landscape on our doorstep.

The track ascends from our house into a world of tussocks, sheep and lowering crags 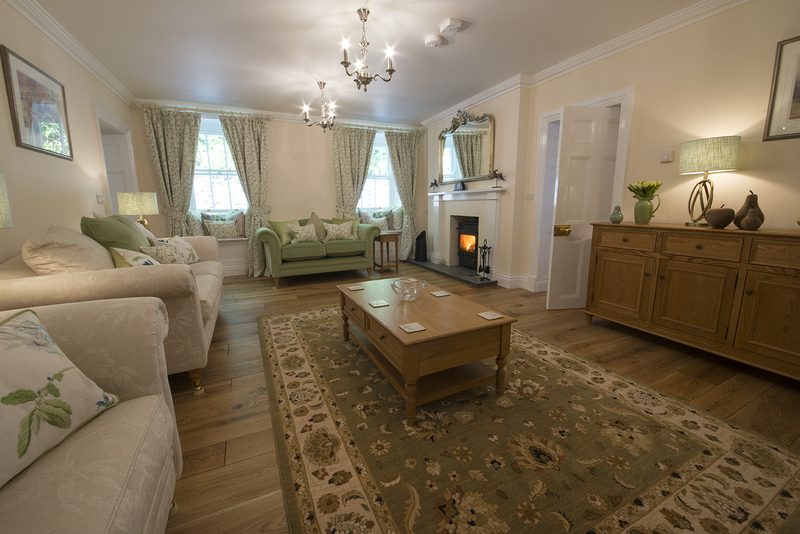 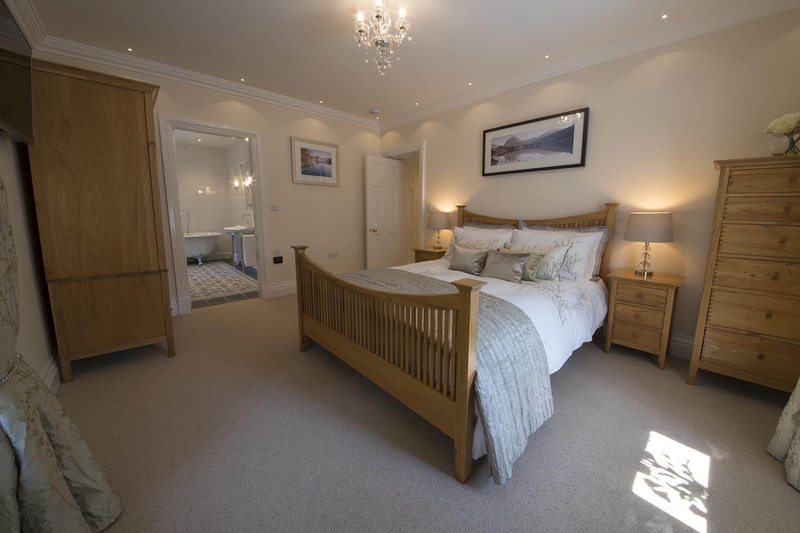 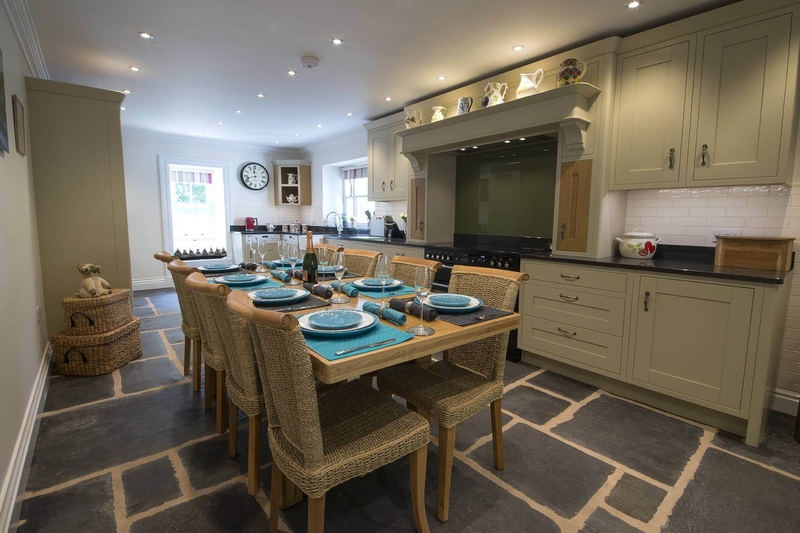 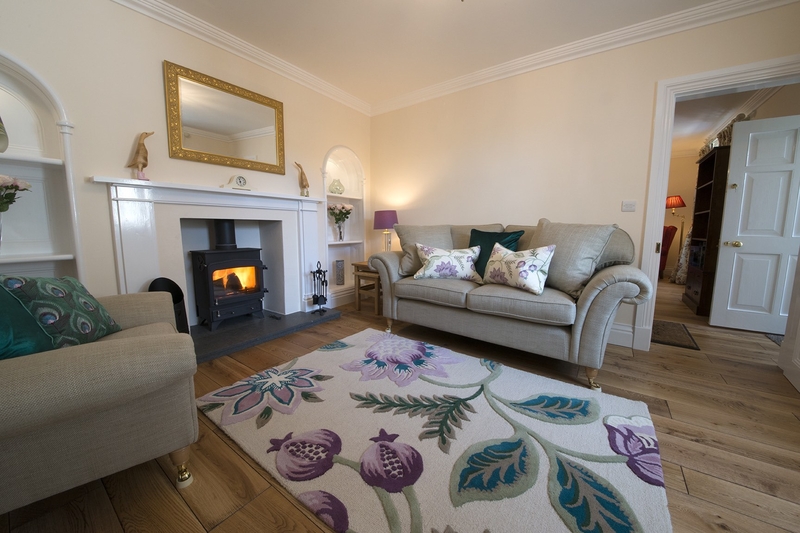 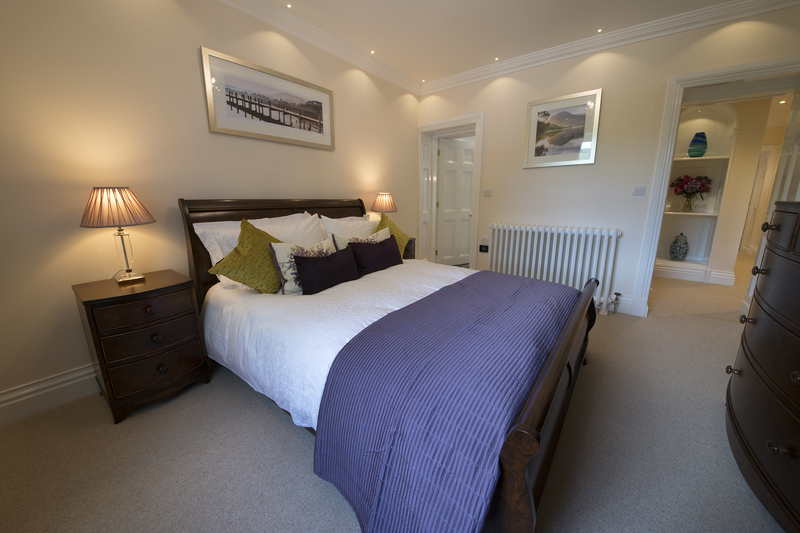 Flash forward to 2017 (and a different kind of Winter of Discontent, as it happens) and our 21st century Lakes lodging has the Wow! factor in absurd abundance. A ton of money has been lavished on refurbing Gate House, while retaining its Georgian character, and it shows.

Weekends away will never quite be the same again. Even our chihuahua, Captain Smidge, accustomed to swish dog-friendly hotels, is impressed, scampering around the warren of bright rooms. Outside Church Beck gurgles past on its way to Coniston Water a mile away; the village itself is in between. It has shops!

To acclimatise ourselves to our beautiful surroundings we take a walk up the Coppermines Valley, which gives its name to the cottage company hosting us. The track ascends from our house into a world of tussocks, sheep and lowering crags. With a grandchild and a chihuahua in tow it is unrealistic to ascend Coniston Old Man, hiding its bulk under a mist cap. So we turn back at the old mine workings after begging water for the little ones at the whitewashed youth hostel there. 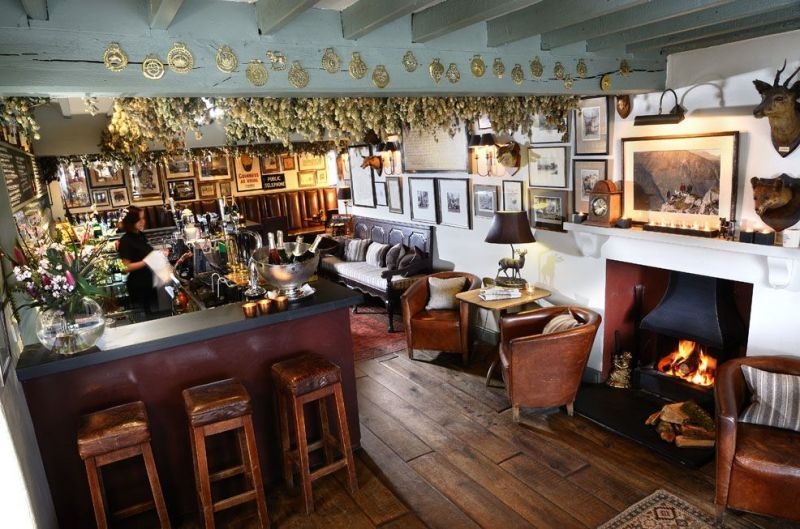 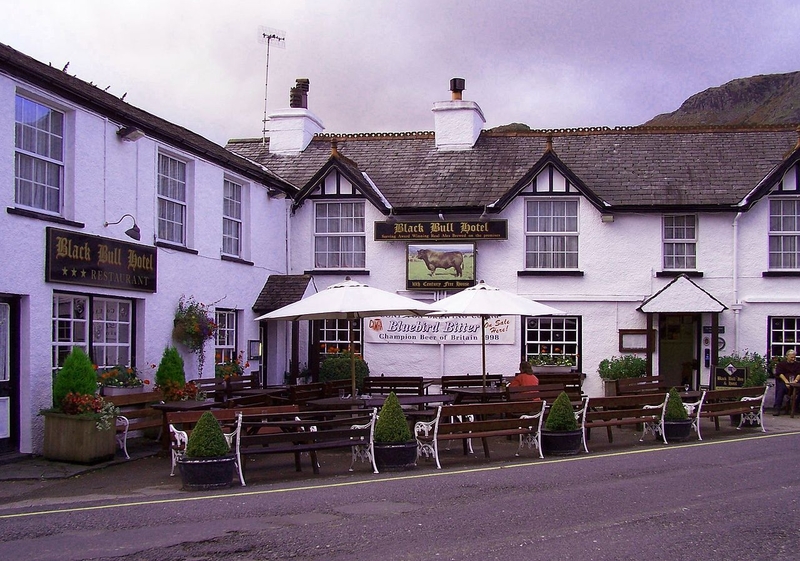 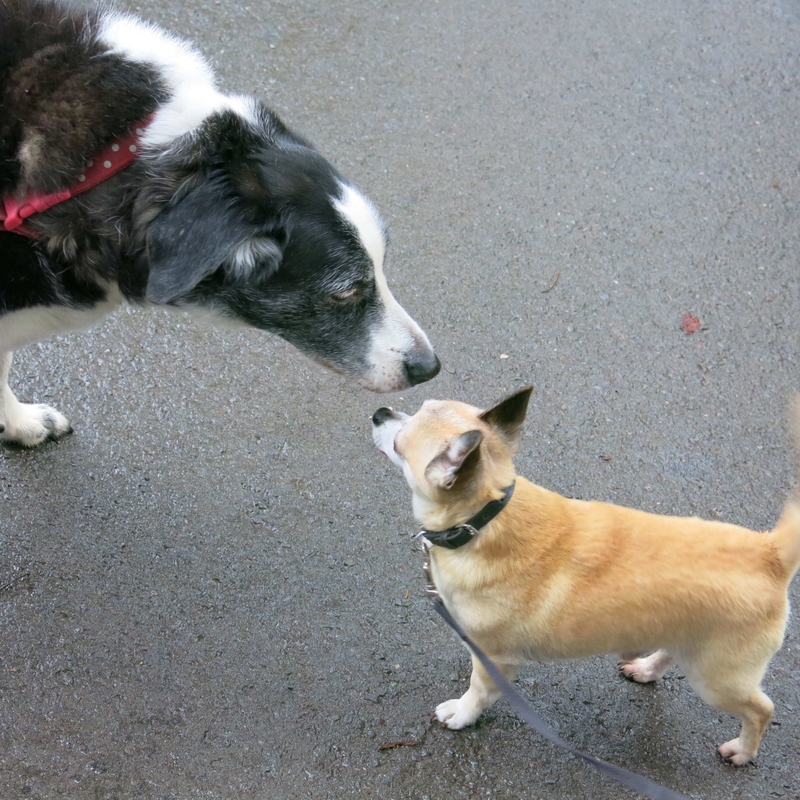 A civilised lunch at The Drunken Duck follows. This smart brewpub is tucked away in the hillocky terrain en route to Ambleside. Evening meals are on the fancy side, the lunchtime bar food we had less so but tasty. The beer alas falls short of the standards set by Hawkshead, definitely the brewery to seek out in Lakeland with its inviting beer hall in Staveley, outside Windermere. Bonus, both are dog-friendly, as is Gate House, which clinched the deal for us.

It goes against the restless grain in me but, once back at the cosy house, the temptation was not to budge the rest of the weekend. With its two lounges and huge, scarily well-equipped dining kitchen it is a perfect house party venue. For our family gathering we’d brought a crate of wine, a side of salmon and a loin of venison and weren’t going to let them go to waste.

It would have been lovely to swan out onto the large patio overlooking the beck for a spot of barbecue, but first week in January is not the season. We lit the wood-burners indoors and hunkered down. 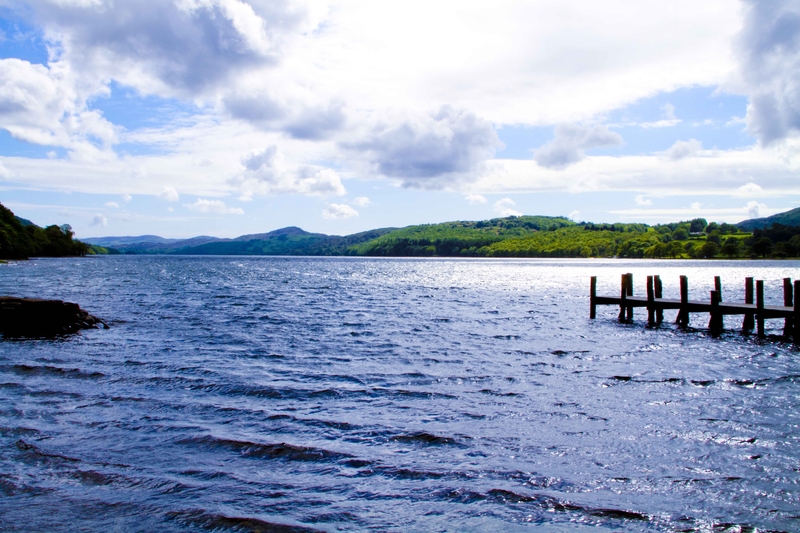 Sunday we remerged in need of  a head-clearing walk. Beautiful Tarn Hows, two miles away, fitted the bill perfectly. It’s an artificially created beauty spot. Back in the 1860s the owner of Monk Coniston Estate joined three tarns together and forested all around. Today it is owned inevitably by the National Trust. An easy two mile circular walk, it is heavily congested in summer. On a crisp winter weekend we struggled to find a car parking space and enough spare change to put in the coins-only meter.

Back around Coniston Water there is surprisingly little footpath access to the lake itself. On the north east corner you can park and walk a short way along the water, then ramble round the walled garden and sheep pastures of the Monk Coniston estate.

Better still drive further round the lake to Brantwood, home of the Victorian art critic John Ruskin, who allegedly never consummated his marriage because he was shocked on his wedding night to discover his wife’s body didn’t follow the ‘Brazilian’ ideal of Greek statuary. I put that rather coyly.

Unlike many local attractions (such as the Coniston Steam Yacht Gondola cruises), it is open all year – as a museum and arts centre, but the most beautiful aspect is the aspect out over the lake. 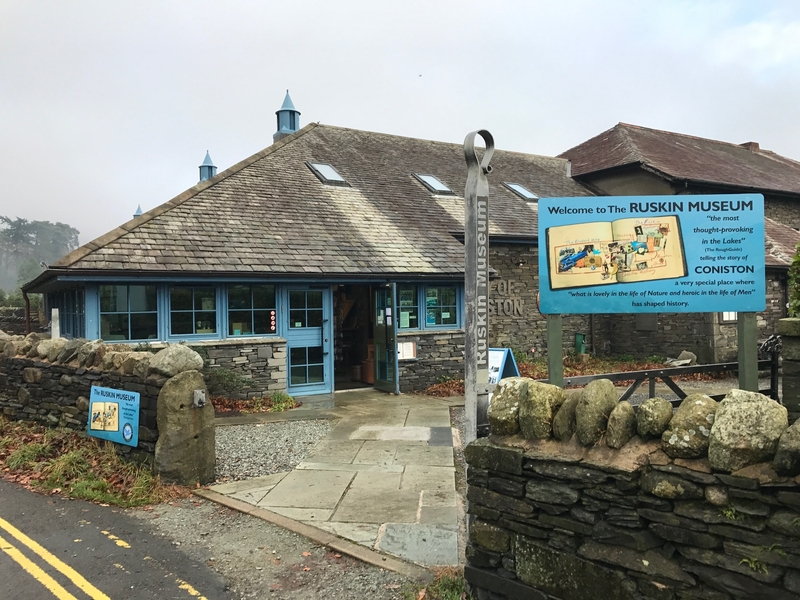 For those with a  more hands-on approach to the region’s third biggest lake get down to the Coniston Boating Centre on the outskirts of the village itself, where you can hire canoes, kayaks and rowing boats.

Donald Campbell favoured a vessel with more power – and paid for it with his life. The week we stayed saw the 40th anniversary of his death on the lake as he attempted to smash his own world water speed record in his jet-powered boat, the Bluebird K7. Just 46, he was travelling at more than 300mph when the boat was catapulted 50ft into the air and disintegrated, killing him instantly.

The Ruskin Museum in the village has displays celebrating Ruskin and fellow writer Arthur Ransome, whose Swallows and Amazons is inspired by the lake but goes big on Campbell, too.

One homage to the doomed speedster is Bluebell bitter, twice winner of CAMRA beer of the year awards and produced by the Coniston Brewing Co at the Black Bull in the centre of the village. My pub recommendation, though, would be The Sun up on the Walna Scar Road. The low-slung 16th century inn is bizarrely yoked to a hulking 19th century hotel. Inside, though, it’s cosy with eight local ales pulled from the slate-topped bar and a log fire for captain Smidge to snuggle up in front of. Lovely but Gate House called. So much to delight – from an array of quirky objets to artworks on the wall by famous Lakes artist Alfred Heaton Cooper, who once lived there. Above all, it’s a hugely place where you can find your own space to read, play games or watch a DVD from the well-stocked shelves. When we gathered around the long kitchen table to devour the salmon or venison it felt like a homecoming. Banishing the shades of that salvaged spaghetti. The Lakes doesn’t have to feel like a hardship.

Gate House, Coniston is the flagship property of The Coppermines & Lakes Cottages, who run a range of properties in the immediate area. It sleeps up to eight people in three double bedrooms and one twin room, all en suite. Prices range from £1,092 for a low season short break to £2,340 for a high season full break.