The book’s title seemed over-optimistic. It was called How Not To Die, and it sat on the café’s counter like a subliminal promise. ‘Eat here and live forever’ it implied - although as a claim, it would be a tricky one to take up with the Advertising Standards Authority.

How Not To Die is a book about the benefits of a plant-based diet, and its presence in a vegan café is hardly cause for surprise. More surprising is the fact that you don’t have to travel to the ends of the earth to seek out this portal to immortality, but simply take the Merseyrail over the river to Birkenhead.

Jöro is a basement venue just a couple of minutes’ walk from Hamilton Square station and Woodside ferry terminal. Although the word ‘basement’ may conjure images of dank subterranean cellars, pungent with the aromas of a thousand broccoli bakes, the café’s location in one of the square’s fine Georgian townhouses means it has tall windows, its own yard out front, and an interior splashed with plenty of natural light.

What initially appears to be a tight descent down iron steps opens up into an inviting double-fronted warren of corridors and rooms, furnished in simple fashion with terracotta floor tiles, tiny tables and a couple of comfy sofas.

It has its quirks – for instance, the counter is covered in curious framed portraits of cute piglets, hedgehogs and the like, a constant reminder that none of these doe-eyed beasts can be found in the food. But the overall effect is oddly appealing, a Hamilton Square hidey hole with a bit of character. 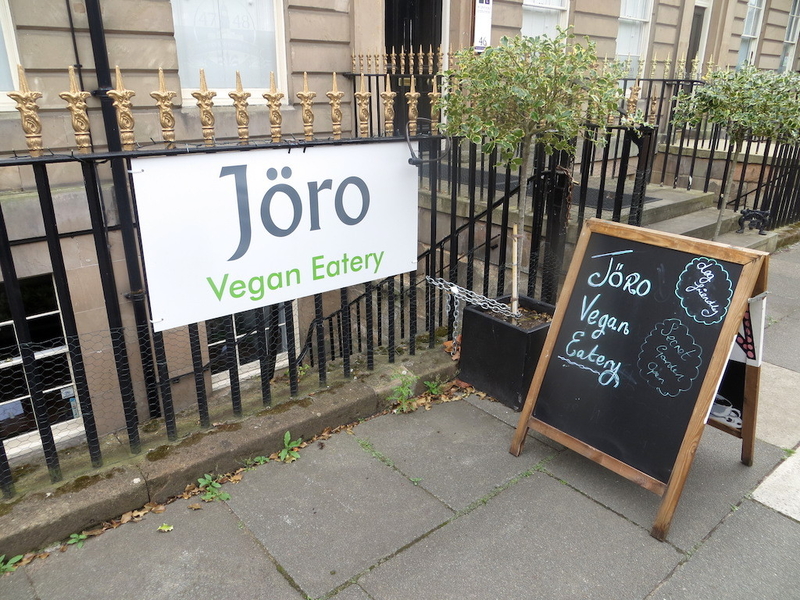 Jöro’s menu kicks off with breakfasts served from 9.30am – including a full English, porridge and, yes, the zeitgeisty delights of smashed avocado on toast – with a selection of sandwiches, salads, sharing boards and main meals available from 11am. As might be expected, there are falafels and hummus, jackfruit and quinoa, with Indian, Italian and Middle Eastern cuisines all exerting an influence.

Potato, spinach and chickpea curry (£6) from the specials board was rich and a little creamy, with a delicate coconut note scorched through by a satisfying spicy after burn. I chose it because I’ve lost count of the tasteless disappointments I’ve eaten under the ‘vegetable curry’ banner, and I wanted to test this venue’s commitment to genuinely tasty vegan food. It was a challenge they passed easily, the curry’s flavours working well with the perfectly cooked veg.

Chickpea and avocado salad (£6.50) was served in a colourful heap piled up on a well-worn chopping board. It was simple stuff, but there was a crispness to the leaves and a liveliness to the flavours that indicated it had been freshly put together rather than lingering a little too long in the kitchen. The accompanying pesto dressing tasted sprightly and green, although the generous portion proved to be rather more than was required.

Spinach bruschetta (£5, main image) was served as two soft ciabatta slices weighed down by beautifully oily and flavourful dollops of dressed spinach, onion and tomato. It was another simple affair, and there was nothing particularly memorable about the bread, but as a reliably satisfying light vegan lunch, it pulled its weight.

Desserts were chosen from the cake selection on the counter. The brownie (£2) was more like a good chocolate cake, lacking the moist depth and density of the chewiest, most succulent brownies. The banana cake (£2) was heftier, with a thick chocolate layer, seemingly colour coordinated with the heavily varnished tea-room furniture. A frothy, chocolate-speckled scoop of Swedish Glace non-dairy ice-cream accompanied both.

There are the usual teas and coffees, but it was good to see Jöro also does its bit for cross-river relations by serving a small selection of canned beers from Neptune Brewery in Maghull. The Triton pale ale and Weisse wheat beer (both £3.90) were both light and zesty enough to pair well with the curry’s kick and the salad’s zing. 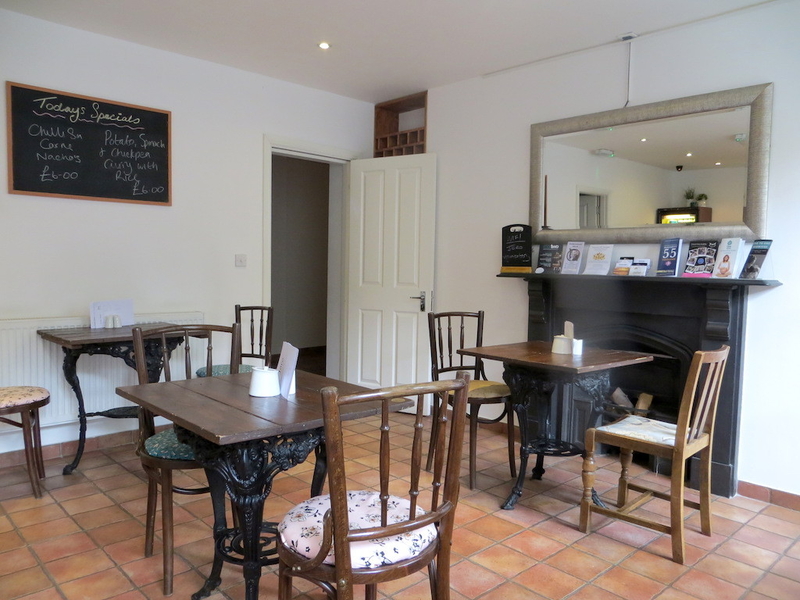 We visited late on a Saturday afternoon when both Jöro and Hamilton Square were almost spookily quiet – no good if you love the babble and bustle of a busy café, but perfect for tuning into the spectral echoes of the Georgian landmark’s more prosperous past. Being a sucker for eerie psychogeographic perambulations, I was more than happy, but during the week, the offices and workplaces that surround the square presumably supply a more regular, politely raucous trade.

Either way, it’s good to have another option for no-frills vegan food in the region, given that completely animal and dairy-free menus are still thin on the ground round here. And if How Not To Die turns out to be more prescient than expected, a bit more variety in the choice of eating places can only be a good thing. Eternity is a very long time, after all. 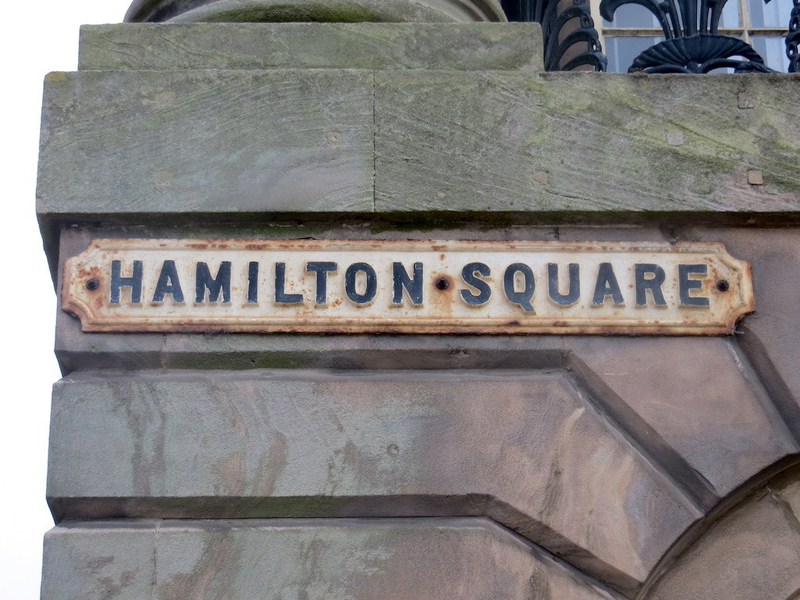