Mother's ruin
CATALAN restaurant and deli Lunya has been awarded a top accolade for its dining experience from Taste Northwest.

The Highest Quality Assured Award isn't the sexiest sounding accolade. But who cares? With a score of over 80pc, the College Lane operation isn't complaining.

Former management consultant Peter Kinsella developed a passion for Catalan food while working with the regional government in Barcelona. Then he opened Lunya in 2008 and hasn't looked back, really. 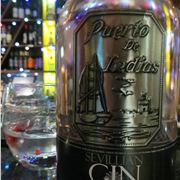 Strawberry Gin At Lunya“We are delighted with our Taste Northwest Accreditation,” he said. “Lunya is passionate about all things food and drink that are of the highest quality.”

From Sevilla, it's described as a “mistake’ by the master-distiller at the Puerto de Indias distillery. After a failed attempt at making a strawberry liqueur with fresh strawberries, he added the mashed strawberries to a new gin he was working on. Since 1950, this gin has been one of Sevilla’s best kept secret, it says here.

Gin is traditionally known as mother's ruin, so ruin yours this upcoming Mother's Day with a load of this. Don't even think about putting tonic in it. From Lunya (£28.99 a 70cl bottle), or here. 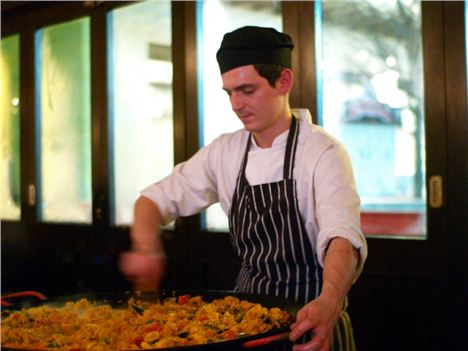 Taken to Tasca
AMID a pox of gales and downpours, even the hardest Saturday night scousebird might squirm at the notion of swigging sangria on an outdoor restaurant terrace in Liverpool.

If only Liverpool hadn't demolished most of its squares: architectural features that shelter citizens from the ill winds that scurry in off the river and turn the city centre into a vast vortex of litter and chapped lips.

Fortunately, one or two still exist, and even though the Stork has long since flown, historic Queen Square still provides a location so temperate that it has been possible for La Tasca to double the size of its outdoor seating area.

Indoors the Spanish restaurant, which is one of the most pleasant chain places, is trying hard. It has reopened after a makeover. New is the bar, the decorations and the wooden flooring to give extra clatter to all those stamping Cuban heels on salsa and flamenco evenings.

Hearing that vast quantities of paella would be made available, Confidential headed off to the relaunch party. The kitchen staff were still smiling, even though they had been working hard since 6am to bring sunny seafood delight to the hundreds of guests.

Valencia paella, in this case: Chicken, chorizo, prawns, mussels, squid and colourful Mediterranean vegetables all brightly bubbling away with a slew of saffron rice; a pan bit enough to keep at least 70 hungry people happy.

With a good glug of vino down them, our operatives struggled to think of a reason why they don't do this sort of thing more.

Then, Dios mio! they realised they could. Two paellas (from a choice of three) and half a litre of red or white for just £19.95, exclusively through Liverpool Confidential, until the end of the month. Book here and put just a fiver down now.

There are patio heaters in that there square, so exposing your big jugs of sangria to the elements was never easier. You know you want to girls. 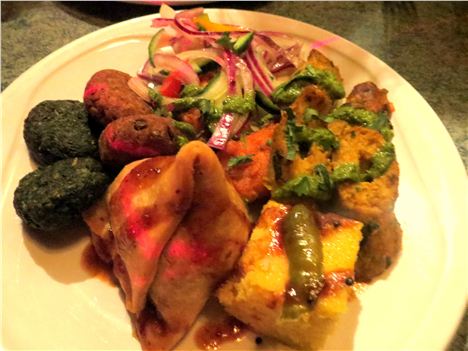 A plate of starters at Balle Balle

Balti triangle
IT'S done fine dining as The Orchard and it's hauled itself over hot coals as a Turkish barbecue. Now, the restaurant formerly known as Ephesus has filled downtown Blundell Street with aromas of cardamon and coriander in its latest incarnation.

Indian restaurant Balle Balle opened last week with ex-Mayur head chef Uday Seth in the kitchen. A launch party included belly dancing and DJs blasting out Swedish House Mafia as the backdrop for discerning diners and "the city’s movers and shakers from the business fraternity.”

They had all got off home by the time Confidential showed up. But never fear: further launch events are planned in the coming weeks with “the cream of the North West’s celebrity fraternity expected”.

Pie-eyed
Rescued and rebranded Crosby bakery Satterthwaites sold 14,000 mince pies to hungry customers over the Christmas period. Not bad for a single shop.

The Coronation Road "bakehouse" also tells Liverpool Confidential its pork pies are flying out to the tune of more than 1,000 a week. 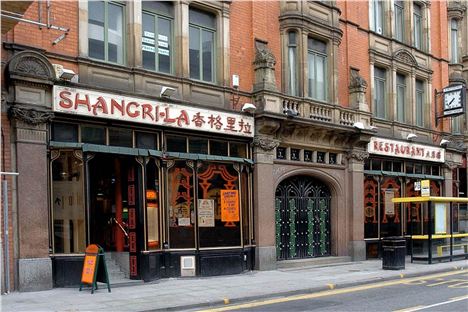 Filthy findings at the Shangri-La

Warning: Food and drink round-up now nose-dives horribly
MEANWHILE there's good news: There are no cockroaches in the New Shangri-La on Victoria Street.

So says the latest management of the new-New Shangri-La after "management" of of the old New Shangri-La went up before the beak last week. You got that?

A customer had complained about finding one in their grub. It led to a council inspection. The appalled team found the kitchens contained more cockroaches than Joey Essex's undies.

The cockroaches were German. There were rat droppings in the Chinese basil and it all reads like a Fawlty Towers script.

The place was shut down straight away for a deep clean and fumigation. 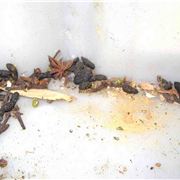 This happened in October 2012 and last week MD Mrs Siew Hong Ho pleaded guilty to nine breaches of the Food Hygiene Regulations.  She was fined £2,200 and told to pay costs of £2,000 by Liverpool Magistrates.

The New Shangri-La, said that since then there had been a wholesale change in kitchen staff and management. Telling the Echo: “The kitchen is in good shape now, but I don’t know what it was like two years ago."