THERE is a group of striking wooden pillars in the basement of Lucha Libre.

Their hue is burnished ebony - they are clad in steel, giving a sort of faux leatherette effect, with nails hammered into them. Surrounded by neon crucifixes that shine like a pharmacist's sign, Virgin iconography, flickering candles and cells with bars on them, this heart of darkness is almost impossible to photograph.

'So, how authentic?' I wondered of these Lucha Libre people when we walked into their scorched bar. A tamarind Marguerita later, I didn't really care. I was up for whatever they threw at me

Instead, we will use our imaginations and, surveying these sooty props for the entire building, one can almost picture a generation of middle aged former altar boys lining up to be bound to one of them in order to atone for their equally imagined guilt.

One by one they would be blindfolded and flailed, to within an inch of their lives, by a man in a gimp mask, only to be thrown, bowed and beaten, into one of those dungeons to say their penance to Rome.

Yes, you know who you are. And I do too. 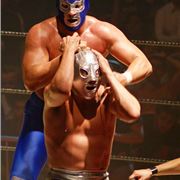 Fanciful? Perhaps, but Lucha Libre is a form of wrestling where the combatants disguise their faces in that very manner described above.

And in the Catholic cantinas of Xalapa, there is no finer way for its legions of fans to spend the afternoon than to gawp at it in televised spectacles; spitting chilli poblanas and knocking back domestic issue tequila, away from their domestic issues and women.

The pillars, it turns out, are charred from a devastating mystery fire which put an end to the Wood Street building's last incarnation as “Above and Below”. Owned by the people behind Jalons, this restaurant had not been a success.

The people behind Lucha Libre have flames of a different kind to fan. Here the chilli feeds the fire. Their concept is Mexican street food, not Tex-Mex, they say, so only the guileless should go in expecting salad, soured cream, guacamole and refried beans. 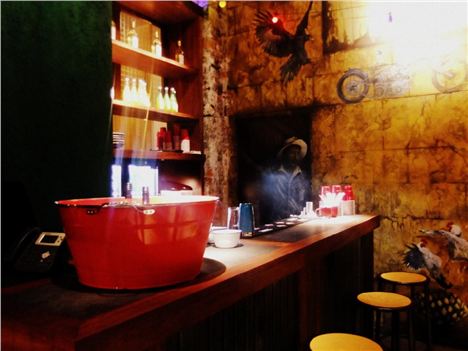 Now in a previous life I found myself in central Mexico, a dusty firepit of a place where roads turn into dried river beds, where one would be insane to hire a car (we did) and the tracks of McDonald's exist only in legend.

I had gone their expecting cheesy burritos and, instead, found hearty stews made out of cactus and beans; raw, turnip-like vegetables doused in chilli sauce, and corn, always corn, fashioned a million ways. Modest and meagre, cheered up by tequila.

“So, how authentic?” I wondered of these Lucha Libre people when we walked into their scorched bar last week. A tamarind Marguerita (£5) later, I didn't really care. I was up for whatever they threw at me. 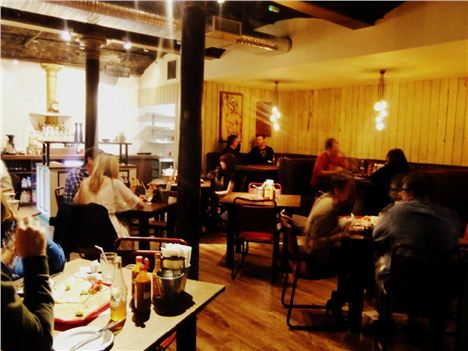 Michael Roche and Alex Hannah (Living Ventures and Alma de Cuba were their alma maters) have given this wreck of a space a mod-ish, canteen - rather than cantina - feel.

Enamel plates and mugs are as in as instagram right now, and here they clatter on the same white tiles we find in Bier; Lucha is cheap chic and its clean lines make an ornamental virtue of stacked tins of beans on one side and Esther Rantzen-style tubers of indeterminate identity on the other. 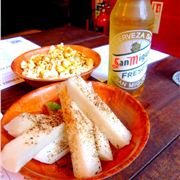 Jicama and popcornIt turns out they are called jicama and it turns out we are old friends. A plate comes at £2.95 with some fiery Valentino sauce to pour over it. It's Lenten - and if it doesn't cleanse your palate it will cleanse your filthy soul.

They also bring us Palomitas (fresh buttered popcorn scattered with chilli, £1.95) which demands that we drink Pomeladas (£5) more tequila, this time mixed with beer. Although this is the sort of concoction we once used to assemble at teen parties, there are, happily, few ill effects.

Big fat tiger prawns soused in guess what (£6) set the tone of things to come. 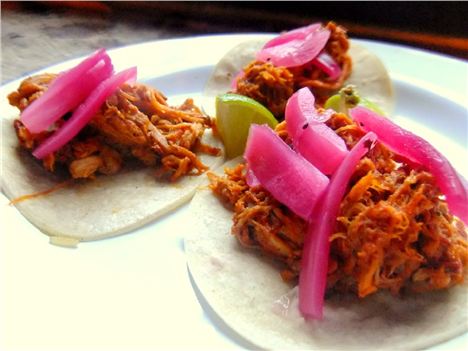 To the unschooled, Pil Bil (£5.95) might sound like a foreign language Quentin Tarantino release, but is one of a range of mini taco dishes they do here – this one being pork leg cooked slow and properly after being marinated in orange and achiote. Served with pickled red onions and some full on scotch-bonnet salsa (£2) it, the Pal Pollo chargrilled chicken tostidas (£5) and the Al Pastor (£6) all demand that we get rolling our own and dipping.

Special shout out for the last of these dishes which comprises 24-hour pork belly marinated in Mexican spices (chilli, then). 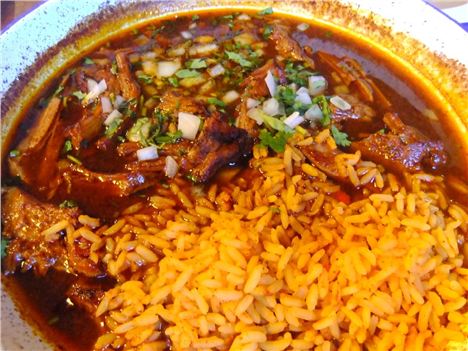 Birria (£10), from the “large plates”, is described as a traditional Jalisco dish of lamb. It is given a warm bath in a piquant broth and saluted with a confetti of raw onion and coriander. With a generous heap of red rice and tortillas, this is exactly the sort of thing you want to be ordering in here.

Forget pissing about with the BBQ ribs and lashing everything in Monterey Jack - there's The Tavern on Smithdown for that. In other words don't go in expecting what you already know and you won't be in for a fall. 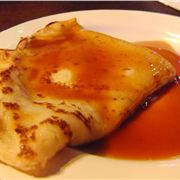 Dessert, as it happens, is a perfectly frilly, well executed, Cajeta crepe (£4.50) covered in a syrup made from goats milk, sugar and cinnamon.

To be honest, it's good to see this handsome building back in use, with a diligent tenant and a chef, Luis Michel, courted from the popular El Camino on Portobello Road.

And, at just on forty quid for two, for several plates of fresh flavours and a fresher approach, it is possible not to get weighed down either by the bill or by the food.

Better unburden yourself in that handy confessional downstairs, then, and get filled with some unholy spirit. Maybe that's the point.

They had us in on a hosted visit, so we won't be scoring it. But the sentiments are genuine. Make up your own minds and let us know. 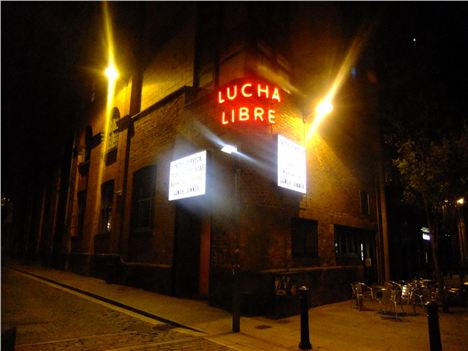