Good food, messy fingers, juicy burgers. If that tagline doesn’t grab you, I don’t know what will. Born in 2010, just outside of Newcastle, Fat Hippo has venues across the North and Midlands. I’ve followed their story for quite some time, so I was over the moon when I heard they were coming to Liverpool. And what more of a perfect setting than our beloved Bold Street.

The Liverpool restaurant is a vibe and would fit in well alongside all the cool burger joints down the West Village in Manhattan. Exposed brick, metallic ceiling pipes, comfortable booths and outdoor seating, with ambient lighting and a great soundtrack. It feels right at home in the middle of our amazing city.

Starting our visit with a round of drinks, my eyes darted towards the “boozy” shakes. I’m a huge Harry Potter fanatic, and there it was - butterbeer (£6.90) - Bailey’s, butterscotch, and vanilla ice-cream blended together. Something with this namesake needs to match the visual spectacle of the wizard world - I’d love to see this shake come out in a stein with a cream foam on top to make it look like a beer. Maybe a bit of popping candy to give that fizz. But this cheeky alcoholic milkshake did taste amazing and I cannot take that away from it.

What I love about the menu at Fat Hippo is the clever names for the dishes - some are named after famous people, some a nod to a movie. Our starter of Freddie’s Fingers (£5.90) - southern fried chicken strips with buffalo hot sauce - was more of an Elm Street dream than a nightmare, but still spicy enough to feel the rage of Krueger himself. Beer battered cheese balls (£5.50) were deep fried, gooey and drizzled with hot sauce and ranch dressing. I wish I could have captured the moment of that cheesy pull after the first bite.

Fat Hippo is best known for its burgers, with quirky flavours like the PB&J (a beef burger topped with peanut butter and bacon jam), alongside the classics. Shouting, “Burger, burger, burger, burger”, we kicked off with the Born Slippy (£12.90), a meaty treat with a double beef patty, layered with American cheese, garlic mayo, tender braised rib meat, topped with fresh jalapeños and chilli jam for that little kick. This was up there with one of the best burgers I have eaten in Liverpool. I had to ask for an extra napkin (or four) but it was totally worth the mess I let myself in for.

The Swiss Tony burger (£11.90) served up with a double patty, Swiss cheese, smoked bacon, mushrooms, tobacco onions (not a real bifter for those not in the know), and truffle mayo. I wish they bottled up that and the garlic mayo, because both were incredible. I was very impressed with purple slaw (£3) on the side too - crunchy and vibrant.

All the burgers come with fries as standard included in the price. When asked if I wanted to upgrade to “dirty fries” for an extra £1.50, I had to think for all of 0.1 seconds before snapping up the offer. Topped with their Fat Hippo sauce and bacon bits, how could I say no?

We’d asked that the second burger came with “dirty” chips, but instead they came out as fries. Not that much of an issue - they were still delicious - but it’s a shame we didn’t get a check back to see how we were getting on with the food. I wasn’t bothered enough to get our server’s attention just because it was a fry and not a chip.

Feeling like an actual Fat Hippo after all that food, we were ambivalent about ordering a dessert at first. What to do when you’re not sure? Do it anyway!

We ordered a pudding each thinking that we’d never finish them. Spoiler alert - we ate the entire confection, Brucey B style. Cookie dough pie (£5.90) was decadent, and not that typical sickly sweet that you come to know from desserts in your usual burger joint. The chocolate brownie (£5.50) was so light that it surprised me, and went down a treat even after the feast we’d had.

Desserts did have that feeling of being mass produced, so I asked about this and was told that they’re made off-site by a company who produce them especially for Fat Hippo. Delicious, but lacking that authentic homemade flavour.

Service could have been slightly more attentive, but it was very busy, and overall the staff were great. After our meal, we had a chat with one of the team who told us about joining the loyalty club to be part of “The Herd”. Apparently, this gives you access to a secret menu, as well as special offers. I’ve already picked out my order for the next visit, but I do need a quick nose on that secret menu first. 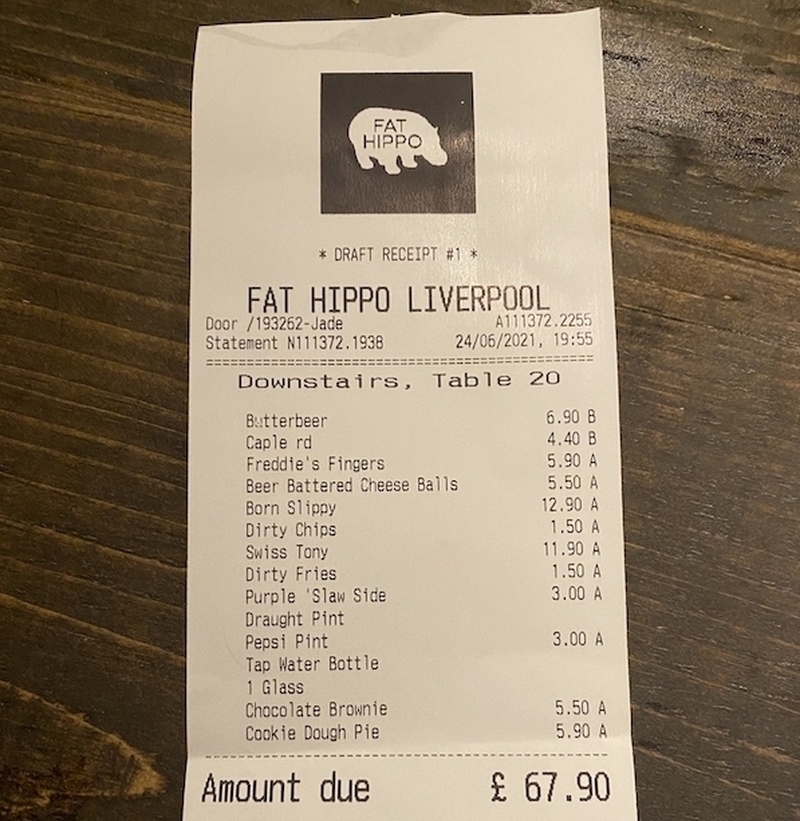 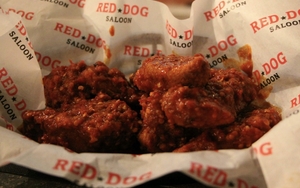