Actress Margi Clarke has a new starring role - quiz night host at one of Liverpool’s most famous pubs - Ma Egerton’s.

The platinum star of hit movies such as Blonde Fist and Letter to Brezhnev will be testing punters’ knowledge of Soviet leaders, capital cities and dishing out other brain teasers every Monday night at the newly relaunched pub which made the headlines earlier this year when it closed down.

But this is no trivial pursuit for the former Good Sex Guide host from Kirkby. 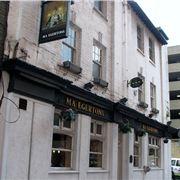 Ma Egertons: The show
must go onMargi said: “Every actor takes on other work when they are waiting for the next big job. I’m starting in panto in Rhyl in a couple of weeks, so I'll disappear for a bit, but this suits me down to the ground.

And she revealed that she’s even been doing stints behind the bar after the pub’s new landlord, Iain Hoskins, roped her in.

“He’s got me down on the rota this weekend!”

Margi, who played Jackie Dobbs in Coronation Street, isn’t the first soap star to pull pints and shout last orders. Liz Dawn who played Vera Duckworth in Corrie owns a pub off Quay Street in Manchester. Bev Callard went into the licensing trade as did Barbara Windsor, both off screen and on.

Ma Egertons is no stranger to the stars either - having been the drinking den of choice for the great, the good and the not so good playing at the Empire Theatre, down the years.  Frank Sinatra, Pamela Anderson, Jimmy Cagney Charlie Chaplin, Marie Lloyd, Clark Gable and Fred Astaire have all munched pork scratchings with a pint of mild before putting on the Ritz over the road.

The pub, owned by Enterprise, was left in need of repair and in dire financial straits earlier this year when rent and rates increases forced its landlady of 17 years, Marie Cox, to call time.

Then part-time actor Iain Hoskins, who met Margi in theatre, put in a bid to run the pub - “along with around 80 others” after its sad plight was highlighted in the news. He is painstakingly restoring the hostelry to its original Victorian splendour.

Ma Egerton's reopened earlier this month and will stay faithful to its theatrical roots. 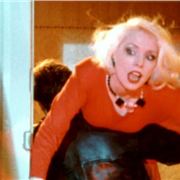 Margi In Letter To BrezhnevIain says he hopes Margi will be the first of many well-known faces doing a stint there. “One or two ex-Brookside stars have already shown an interest,” he added.

Meanwhile, Margi told Liverpool Confidential: "I'm thrilled to be a part of bringing a much loved institution back to life. Its a fantastic little pub with an amazing theatrical tradition.

She added: “Now with the demise of the Everyman Bistro there's nothing currently in Liverpool that opens its arms to the theatrical community.

"I'll be quiz mistress every Monday and on special occasions you might even catch me behind the bar serving up a pint of Margi's special brew.”