WHEN Candice Fonseca opened the first Delifonseca almost seven years ago, she told Liverpool Confidential of her belief that Liverpool was a drinking city, rather than a hot-bed of gastronomy.

It was part of a long conversation about the globe's best cuisines and how they had evolved from local peasants ploughing their furrow with whatever was available to them and polishing up brilliant jewels of dishes in often-trying circumstances.

Here up north we had always struggled: let's face it - in days gone by even the most imaginative Lancashire mam might have found it hard to conjour magic from the beetroot fields of Lydiate, given that her French counterpart had been gifted the olive groves of Provence to play with at dinner time. 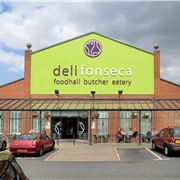 However, those with longer memories of Liverpool knew exactly what her newly appointed chef, Martin Cooper, was capable of - and in every sense, he knew the lie of the land.

With a richly-stocked deli (the first in the city centre in years) and a bolt-on restaurant serving rustic, honest dishes on a daily changing blackboard menus, the Stanley St operation was a success.

So much so, that a second branch opened at Brunswick Dock, taking over a copycat that had failed. With Cooperman in charge of the kitchen, last week came the reward: Delifonseca Dockside was crowned the best restaurant in the UK by readers of The Good Food Guide.

The team  received the award at a ceremony in central London. It was presented to them by Michelin starred Simon Rogan, of Cumbria restaurant L’Enclume. Delifonseca Dockside won the day over competition from nine other shortlisted restaurants and specifically impressed the judges with its "modern, holistic approach combining both restaurant and delicatessen offerings".

"But we had to agree with Delifonseca’s many supporters, it’s one hell of an all-rounder; a passion for quality mixed with affordability and a something-for-everyone appeal chimes perfectly with the mood of these straitened times.

"And they could give many of the grander restaurants a lesson in how to do warm, welcoming service."

Candice added: ‘We are all in pleasurable shock at winning this award from The Good Food Guide, especially as we were in the company of other great shortlisted restaurants. We always try and put our customers first so it's fantastic when they make their voices heard in such a brilliant way. We all love what we do but this adds icing to the cake." 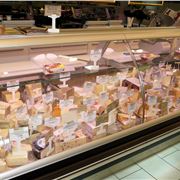 Who's for a slice of Tasty Lancs?Admittedly, at the back end of 2006, as Delifonseca first opened, there was not much for a food lover to write home about. Things have changed out of all recognition in Liverpool since with the produce of the North West being celebrated and absorbed into the menus of the Carriage Works, Spire, 60 Hope Street and many others.

The Readers’ Restaurant of the Year award is nominated by the general public - 39,000 people voted in all.

The criteria is that restaurants must be independently run and offer regional or local produce. No wonder then, that around here, it's already being called the turnip prize. 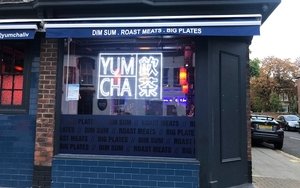 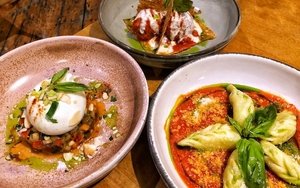 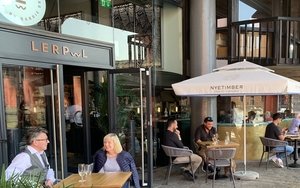 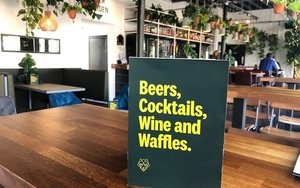