'Killer curry in the home of a notorious hangman' - Bombay Blussi, Birkdale, reviewed

Gerry Corner gives a thumbs up to Indian supper, and gets one in return

I HAVE only ever known one inhabitant of Birkdale, and it wasn’t Albert Pierrepoint, the pub landlord with a side job as Britain’s last executioner, whose final days were spent at a nursing home in this polite suburb, his dreams interrupted by those he had dispatched, and they were not there to say thank you.

My Birkdale friend Alan’s work is more concerned with the news than the noose.

A decade or so ago, Alan joined the Scouse diaspora north along the shoreline towards Southport, each stop along the track representing, to me, an incremental increase in affluence. Though this theory collapses at Alan’s wallet, which remains resolutely empty.

Alan likes his food and his long-term ambition, other than staying alive, is to work the counter at the Birkdale Cheese Centre. He has been known, when in possession of a packet in his back pocket, to dine at three-Michelin-starred restaurants located in remote French villages.

So when Al recommends a restaurant, you listen. And when he says Bombay Blussi is “one of the best Indian restaurants I’ve ever been to”, you go.

Birkdale is very slowly gaining the status of a food destination. Not before time for the birthplace of AJP Taylor, the former home of Red Rum, occasional host to the Open Golf Championship, and periodic residence of Premier League football stars.

Aside from the cheese shop (“exploring the world of fine cheese”), Bistro Verite is the sort of neighbourhood restaurant every community needs and made a very good impression on Confidential (review here). Now you can add Bombay Blussi to the slowly burgeoning list.

A long first floor space extends at least the length of a couple of the ground floor stores. Awash with white tablecloths and cool shades of grey, it gives out polished and contemporary, while giving up a little of the warmth you associate with south east Asian restaurant hospitality.

What strikes me most about Bombay Blussi, other than the food – which, by the way, is excellent – are the waiters. Historically, service at your high street tandoori has strayed a little too far towards the deferential for my liking; maybe some kind of hangover from the Raj, who knows?

At this restaurant by the railway, they’re showing that young and confident can still mean courteous and helpful. These kids have got spirit; one of them setting the tone early on when he gives me a thumbs up – a gesture that could be perceived as inappropriate but here is charming and affirming.

I’ve seen customer reviews lambasting the service for its sloth. You can only speak as you find; we went on a Saturday night and everything was timed to perfection.

Of three main courses, none disappoints, each of the sauces, distinct and complex and loaded with flavour

An extensive menu covers a lot of familiar territory but there are some interesting deviations along the way and a look through the list has the mouth watering. We start, where else, but with poppadums (70p each), brittle and bone dry, and a chutney tray (£2), which included a smooth, softly garlicky mint sauce, and a hot fruity chilli sauce, whose remnants we fought over.

Bombay kebab blussi (£5.95) is served off the skewer; beautiful cubes of spiced fried lamb fried under a moutain of sweetly caramelised onions, with red pepper and fresh chilli, served on soft puree.

Boti kebab bom (£4.75), is their answer to the cheeseburger – lamb replacing beef – which has been deconstructed and reassembled in the form of a cartoon bomb, with paneer gently oozing from the centre. On the side, a shot glass containing goodness knows what cocktail of spices provides the explosive material.

Each dish is finished with a perky little salad garnish, including the ripest, sweetest cherry tomatoes.

Of three main courses, none disappoints, each of the sauces, distinct and complex and loaded with flavour. Trying to itemise the content is an impossible task without requisitioning a waiter to write a list, which I’m certain they would willingly do.

Bengal fish curry (£13.25) is dark and richly-spiced in a way that’s not allowed to overwhelm chunks of monkfish but rather, as a fellow diner put it, leave an “afterglow”.

Lamb sondia (£11.75) is billed as hot and so it is, more succulent pieces of meat served with a fistful of fresh green chillies and coriander, while Bombay chilli coconut (£10.95) comes with chicken and spring onion in a silky, coconut-rich sauce.

Chicken and fish could both have done with a little less time in contact with the heat, but this was a minor concern in the scheme of things.

Sides come in the form of good garlic naan (£3.25) and a bowl of fabulous Kashmere (their spelling) pilau rice (£3.75), a feast all by itself, bejewelled with dried fruit, nuts, raisins, sultana and banana.

In the course of writing this, the radio is mumbling quietly in the background when my attention is arrested by a woman in the audience for the recording of a popular food-based national radio show. She says she is from Birkdale and announces, I kid you not, that such is her glut of allotment-grown horseradish that she is considering opening “Birkdale’s first horseradish shop”.

I wouldn’t pin your hopes on the horseradish, but there’s definitely been one hot, in every sense, addition to Birkdale’s food scene. 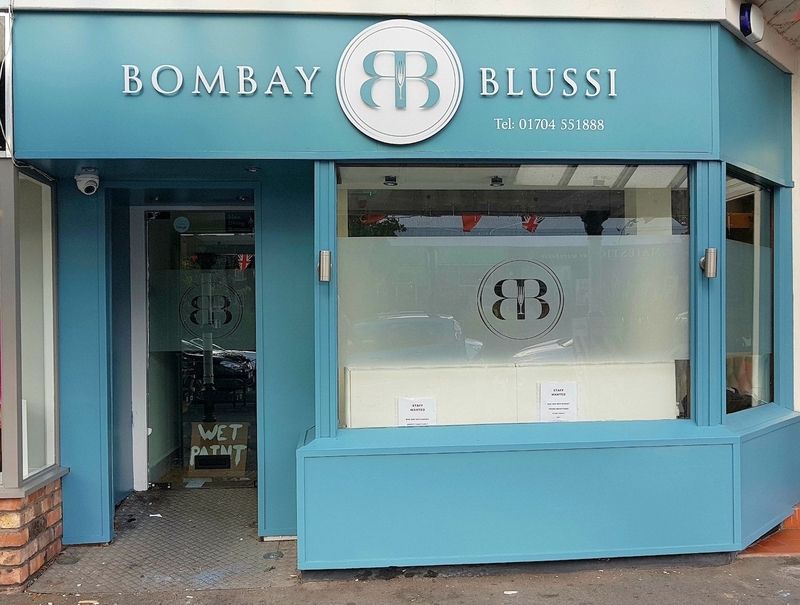