Best of the brunch: The Buyers Club

Christina McDermott's verdict on figs and kedgeree for the Instagram set

PARDON the slight play on words, but no Liverpool cafe worth its salt can get away without doing a brunch menu nowadays.

A stroll around town on a weekend morning will reveal a city awash with bloody Marys and poached eggs on sourdough. So, it’s not much of a surprise that Hardman Street’s Buyers Club has decided to follow suit.

Its brunch menu was launched this week and features such delectable delights as baked eggs with nduja (a spicy spreadable sausage from Calabria), smoked haddock kedgeree and coconut French toast.

Now, please don’t think I’m complaining, but it’s a hard life this food writer lark. Particularly in a month like January when you’ve made all sorts of health-themed resolutions such as cutting down on the booze, joining a gym and running 10k a day.

How is a person supposed to be mindful of their attempts to better themselves when their editor tells them that their first assignment of the year is to write about a brunch menu which - may God have mercy on my cholesterol addled soul - features fried cheese?

Thankfully for Liverpool Confidential readers everywhere, I decided to gamely take one for the team and give the city’s newest brunch menu a bit of a road test.

First things first - if you’re looking for belly-busting English breakfasts, then you won’t find them here.

This is brunch for the Instagram set, which means portion sizes are more on the “small plate” than the satiating side. I freely admit I am a remarkably greedy person, but - if you’re flying solo - I’d strongly recommend ordering two different dishes (and maybe some sourdough toast on the side). Alternatively, you could just bring a group of friends along and use it as an excuse to do some daytime drinking while ordering everything off the menu. 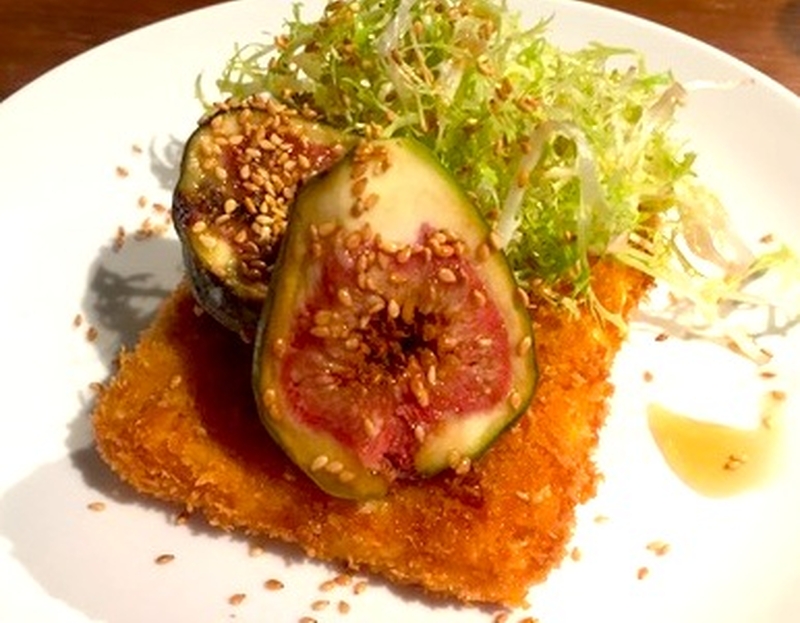 Smoked haddock kedgeree (£6) and the roast feta with figs and sesame (£6, above) are perfect brunch fodder - delicately spiced rice popping with coriander and mustard seeds and a plump piece of haddock.

It’s just healthy enough to make you feel good about your choices, while also containing all the major food groups required to soak up a vicious hangover. While the rice would have benefited from being cooked for a touch longer, the dish made up for it by being topped with a perfectly poached egg, the yolk only requiring the smallest squeeze of the fork to ooze everywhere.

And then, the feta. I’d wager that there are few things better in life than an iPhone sized block of cheese in a crispy batter, particularly when it arrives topped with sesame seeds and figs. When done well, the two should work in perfect harmony, the almost overwhelming funk of the feta working in counterpoint with the sweet fruit.

OK, so the figs could have been riper and the sesame element more pronounced, but I still ate the whole thing and would happily do so again.

While I know that (weekday) daytime drinking is not particularly de rigeur during this most austere of months, I felt that it would have been rude not to try the prosecco cocktail (£5.50), a bubbly concoction of citrus and fizz which is more elegant “lady that lunches” than “old lush”.

Of course, it wouldn’t be a proper brunch menu without a bloody Mary and while I’ve not tried the one from the Buyer’s Club, if it’s anything like the rest of their cocktails, then it should be the perfect post-hangover-sharpener.

OK, so a new brunch menu in a city which is awash in brunch menus isn’t exactly reinventing the wheel. But if we had a quid for every fancy breakfast provider we’ve seen with queues outside it on a cold Saturday morning, we could probably buy the whole Liverpool Confidential team brunch.

So, why spend your hard earned weekend waiting for bacon and eggs in the freezing cold, when you could be popping over to Hardman Street and snuggling up with the papers instead.