When Tate Liverpool opened in 1988 with, among other things, an exhibition called Surrealism, the most surreal thing of all was possibly the opening of a Tate gallery in the Albert Dock.

Only a few years previously, the dock and its fortress of massive brick warehouses had been the setting for one of the bleakest sequences in Boys From the Black Stuff. It was silted up, overgrown and empty, and the prospect of hordes of tourists crossing the swing bridge to see Salvador Dali’s Lobster Telephone must have seemed… well, it wouldn’t really have crossed most people’s minds.

Except it did cross the mind of Sir Alan Bowness, the Tate’s director, when he visited the city on his search for a location for a “Tate of the north”. It may have been a “stormy and blustery winter’s day” when he arrived at the Mersey but, as he later recalled, “it was immediately clear to me that this was the place."

The buzz we had from the Liverpool people when they came to the opening was amazing. They were queuing round the dock

And so in 2018, Tate Liverpool will celebrate 30 years in that very location. Since it opened, other national institutions have spread their wings and settled in “the regions”, and other major modern art galleries now exist way beyond the M25.

However, Tate Liverpool was the first and, according to the gallery, it remains "the most visited modern and contemporary art gallery outside London, attracting an average of 600,000 visits a year”.

Tate Liverpool has already announced the big shows for its anniversary year: Egon Schiele will run from May 24 until September 23, followed by Fernand Léger from November 23 until March 17, 2019.

However, it has also now revealed details of a show that will serve as both a celebratory retrospective and a special commemoration of its 30-year history.

Since the gallery opened, one man has overseen the installation of almost every exhibition. That man is Ken Simons, the gallery’s art handling manager, and next spring he will curate Ken’s Show: Exploring the Unseen, including artists such as René Magritte, Henry Moore, Mark Rothko and Rachel Whiteread.

Featuring 30 works from the Tate collection, the exhibition gives Simons a once-in-a-lifetime chance to select some of his favourite works, and offer unique insights that come from being one of the few people permitted to handle the treasures in Tate’s care.

Simons joined the Tate as a junior technician in 1974, initially in its original location at Millbank, in London, but he joined the Liverpool team when the new gallery was still in its planning stages.

Since then, he has worked closely with curators and artists to hang pictures, construct sculptures, maintain fragile works, and watch over every exhibition from delivery through to closing day and beyond.

Now approaching retirement, Simons has developed a deep love of art during his Tate career, and the upcoming show is “an amazing opportunity” to share his insider’s perspective.

Commenting on his involvement with the gallery since its earliest days, he says its 1988 opening remains a career highlight.

“It was amazing setting up a gallery right from the beginning, and I got an incredible buzz out of being involved in that. It was really hard work, we only had a small staff, and we worked very long days but the buzz we had from the Liverpool people when they came to the opening was amazing. They were queuing round the dock.”

He also mentions working with Antony Gormley, in 1993, who apparently arrived at Tate Liverpool and announced, “I’m going to challenge your gallery”.

What that meant in practice was installing a lead-covered glider with a 50-foot wingspan in the converted warehouse space.

“It came in parts,” says Simons, “and we had to take out a window and crane it into the building.”

When it comes to favourite works, Simons speaks with particular passion about a wood, slate and metal sculpture by Phillip King called Within.

“It’s very complex and comes in many parts,” says Simons. “It takes about a week to put together. It’s really quite difficult because when it’s in storage, the wood moves around a lot, so it never fits together exactly the next time it’s put together.

“The reason I chose this for the exhibition was that in making it, hands on, being involved in putting it together, I got a new angle on it in terms of understanding about balancing it and the way it encompasses a space.”

Asked if he has experienced any hairy moments during his years of handling priceless artworks, Simons is surprisingly frank.

“A few,” he says, though he swiftly adds that handling art is about combining professional expertise with managed risk.

“We recently brought a giant head by Naum Gabo into the foyer,” he says, “and we really weren’t sure whether we’d be able to get it in. In the end we did manage it, but there was only ten millimetres clearance.”

Remember that next time you’re trying to get your new wardrobe upstairs.

Although many of the pieces in Ken’s Show have been displayed at Tate Liverpool before, the opportunity to see the works alongside Simons’ own thoughts and recollections is likely to add a unique twist to the experience.

And though some might imagine that making the switch from being a behind-the-scenes figure to being a Tate curator may make Simons a little uncomfortable, it seems likely that this modest art handling manager will be able to handle it.

Ken’s Show: Exploring the Unseen is at Tate Liverpool from April 2 until June 17, 2018. 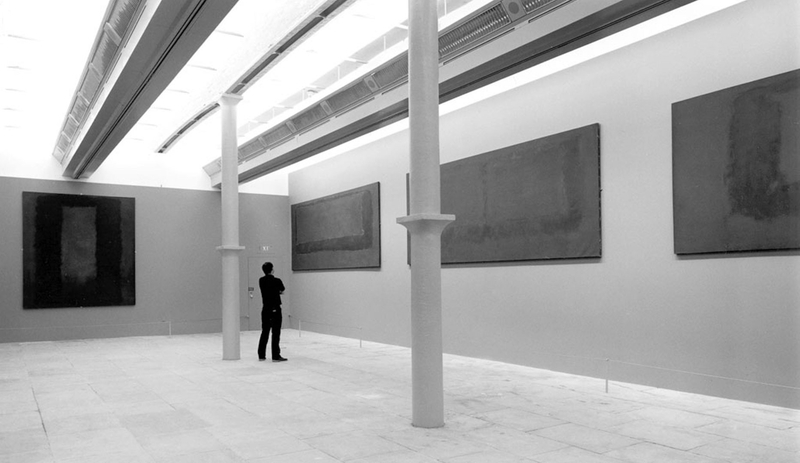 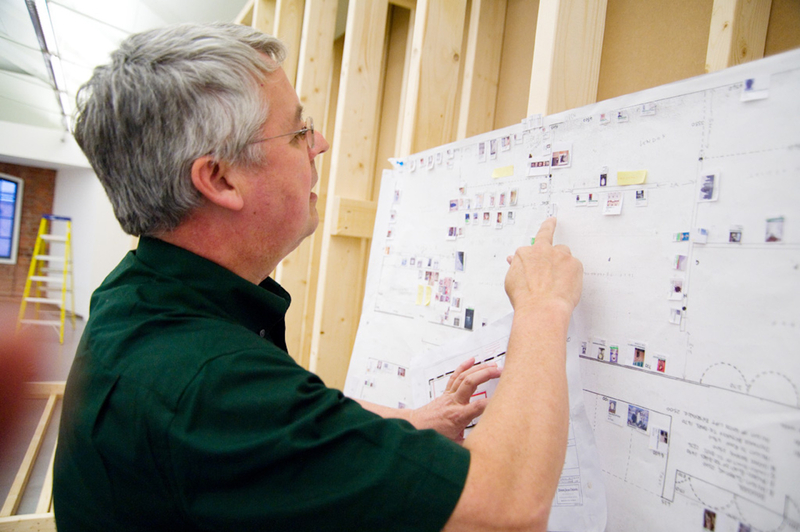 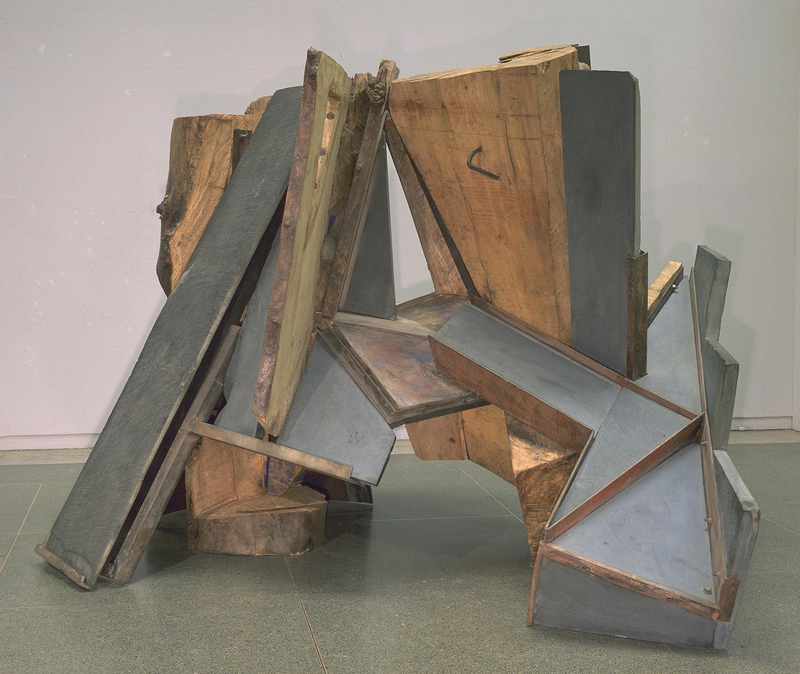 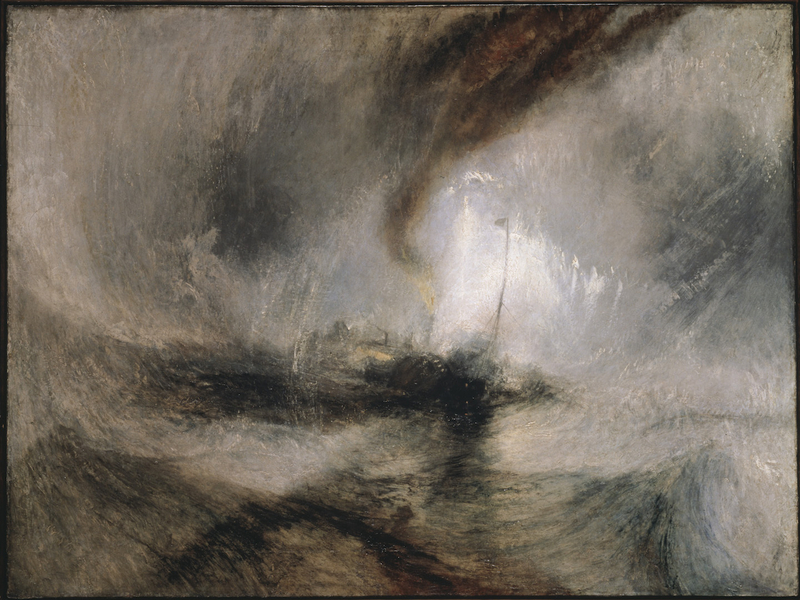 ‘The Beatles: Get Back’ - unseen footage of Fab Four features in new documentary

‘The Beatles: Get Back’ - unseen footage of Fab Four features in new documentary
● / Travel