10 years on: the “real legacy” of the European Capital of Culture

With Liverpool rarely finding itself tongue tied on any subject, there was rarely a mute moment in the years leading up to European Capital of Culture: the Australian artistic director missing in action, the would-be commissions that fell by the wayside, the Mathew Street Festival cancellation and the public political brawls.

And this was all before Ringo Starr had even thought of going on the Jonathan Ross Show and saying he missed “nothing” about the place.

It all made for great copy and even greater ire. And as the days of reckoning came to pass it was the events programme that turned everyone’s heads. By December 2008, the palpable tension dissipated and few could dispute that the year, which so many had doubted, had been a major success.

Now journalist Jon Snow and Lord Michael Heseltine are among a host of global artistic and academic heavyweights heading to Liverpool for a big, two-day talking shop about cities and all things cultural in them.

And ten years on from Liverpool’s European Capital of Culture - the final time the accolade would ever go to a British city - the “real legacy” of 08 will be revealed, with a debate on whether it has made any difference at all.

Cities of Culture 30 Years On: Who Has the Edge? is the snappy title of the international conference taking place on Thursday 18 and Friday 19 October.

It changed this city physically and emotionally – we got our swagger back and we haven’t lost it since.

With tickets going from £95 to £140 a pop, speakers will converge on Liverpool Town Hall to discuss experiences in cities like Barcelona, Shanghai, Marseille, London, Porto, Los Angeles and, last but not least, Hull.

There’s also German culture expert Ulrich Fuchs, artistic director of the European Capital of Culture years for both Marseille-Provence (2013) and Linz (2009) and who every headline writer wishes had got the job here.

Alongside will be representatives from the city’s arts and cultural sector who played a key role in Liverpool’s bid to become European Capital of Culture and the delivery of the year itself.

Snow sees such conversations as “hugely important” in a city which, he says “is a prime example of what sort of catalyst culture can be for positive change”.

He goes on: “In a time when culture may not be at the top of the agenda for many cities, sharing global experiences about what keeps a destination relevant, edgy and of course successful, is vital in this current climate.”

The talk comes back to Liverpool with the findings of a new report, Impacts 18 - a long form study of the city since 2005 when it won its bid.

It will be unveiled at the conference by Beatriz Garcia, director of the Institute of Cultural Capital, which authored it, and is expected to reveal if culture has really made a difference since 2008, what the level of engagement with culture is in the city, how has it changed people’s perceptions of the city and if it really a catalyst for wellbeing.

Mayor of Liverpool Joe Anderson is in no doubt: “A decade ago, this city was propelled into the limelight for all the right reasons and culture was at the heart of that. It changed this city physically and emotionally – we got our swagger back and we haven’t lost it since.”

Garcia says: “No other city has documented the journey surrounding a major cultural intervention and its multiple impacts as extensively as Liverpool, and it is the first time these questions are revisited a decade onwards.

“This is why, this coming October, cities around the world will benefit from engaging in the conversation and identifying areas worth replicating. City leaders, practitioners and researchers have accumulated over 30 years of debate about the merits of culture-led regeneration across the globe, calling it the ‘Barcelona model’ or the ‘Bilbao effect’.

“In parallel, we also have over three decades of criticism and warnings: from the risks of gentrification to the fear of empty, unused grand spaces or ‘white elephants’.”

Early Bird tickets for are £95 for both days, and once they have gone, the price will increase to £140 - tickets here.

If that sounds a bit steep, a legacy website has been set up which looks back at Liverpool’s culture year. From an official point of view at least…. 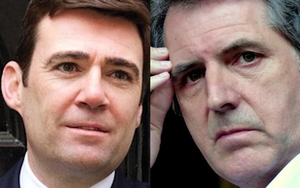 The pair rejoin TUC to launch Time Out To Help Out, demanding full pay not... 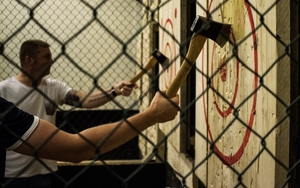