Video - should misogyny be made a hate crime in Greater Manchester?

“It’s time we send a message that this is not acceptable,” say campaigners

It’s the simple yet powerful message that is fronting a powerful campaign to make misogyny a hate crime in Greater Manchester.

The city-wide crusade was ignited after research by Greater Manchester Citizens revealed 90% of Manchester women believe that misogynistic acts should be recognised as a hate crime, similarly to any other acts of prejudice, abuse and hostility.

Currently, Greater Manchester Police recognise acts of hostility based on disability, race, religion, sexual orientation, transgender identity and alternative subcultures as a hate crime (this can include verbal abuse, intimidation, threats, harassment, assault and bullying, as well as damage to property). However, they do not recognise hostility against women as a hate crime.

“We want to send a message that this behaviour is not acceptable anymore.” 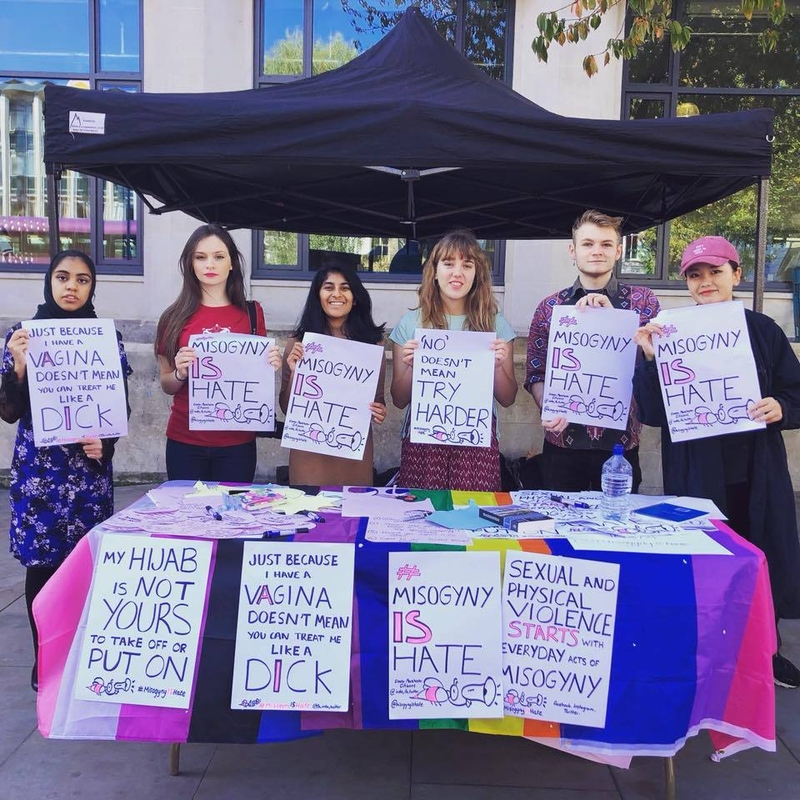 The 'Misogyny is Hate' petition is fronted by University of Manchester students Sylvie Pope, Devi Joshi and Nimo Omer, who are working tirelessly to raise awareness in Manchester.

“I was groped when I was fourteen,” says campaigner Sylvie Pope, matter of factly, as if reciting what she had for breakfast. While surprising, Pope's candidness is not compliance - for many young women, these events are so commonplace they have become the norm.

According to recent findings, 45% of women have been sexually harassed in a public place (source: YouGov). More shocking still, one-in-three schoolgirls has been sexually harassed whilst wearing their school uniform, according to a recent study from Plan International. Girls as young as ten have been victims of ‘upskirting’, an invasive sexual offence where perpetrators take photographs of women underneath their skirts without their consent – and yet just a third of British police forces in England and Wales report the incidents they encounter. The intimidation of women in public and the lack of reporting around it is worryingly common.

... a similar scheme has already been piloted in Nottingham with positive results.

Whilst critics might scoff at the idea, a similar scheme has already been piloted in Nottingham with positive results.

Since 2016, the Nottingham force records misogynistic behaviour as either hate crime or hate incident, depending on whether or not the behaviour is criminal.

It's important to note that not all hate crimes are criminal offences. Despite a trivialised media hype and shock politics, it will not be illegal to wolf whistle. And the scheme doesn’t criminalise anything that is currently legal but works alongside existing criminal legislation. So, whilst wolf whistling may be a recorded as a hate incident, it is not a crime. Sexual assault against a woman is still sexual assault, but in Nottingham it is now also recorded as a hate crime.

The Greater Manchester campaign could follow a similar suit.

The goal is to encourage more women to report sexual harassment and offences. As a recognised hate crime, misogynistic acts will be a recordable offence and forces will be trained to deal with the sensitive nature of the crimes appropriately. As a result, victims will be empowered to report their experience in the knowledge that their allegation will be taken seriously.

It sends a message to women in Manchester that this behaviour is not okay. 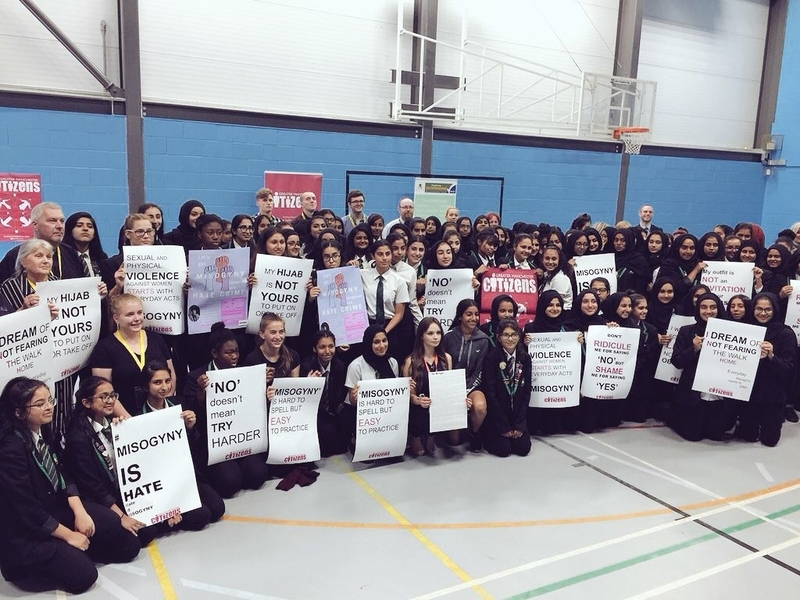 Critics have questioned why such legislation is needed. If rape and sexual assault are already crimes, then why do we need to classify misogyny as a hate crime?

A report by the University of Nottingham revealed that two years after documenting misogyny as a Hate Crime, there has been a noticeable attitude shift. Women felt more confident reporting allegations that, despite being criminal offences, they had not previously reported. Recording these offences sends a clear message that this behaviour is not acceptable and may prevent a perpetrator from further offending. It will help forces understand and monitor the scale of the problem, so that resources can be directed accordingly.

Following the success of the Nottingham pilot, Labour MP Stella Creasy has submitted an amendment to the 'upskirting' bill that would include misogyny as an aggravating factor in England and Wales. If MPs vote in favour of the bill, courts will have the power to consider it when sentencing and police forces will be required to record it.

Misogyny Is Hate isn’t just about women. We have a lot of men that support our cause.

Critics using a guise of equality have also waded in on the debate – if misogyny is going to be a hate crime, then surely misandry should be too, they say. Whilst men are victims of sexual assault, women are disproportionately victims. Indecent exposure and unwanted sexual touching was experienced by around three times as many women as men, according to the Office For National Statistics 2017 findings.

Hate crimes are designed to protect marginalised groups. To say that men have experienced a similar level of abuse, exploitation, oppression and suffering as the historical experiences of women – which has centuries of statistics, research and legislation as evidence – creates a false equivalency. A word that is all too often thrown at women who are trying to defend women’s rights, some even doubt that misandry truly exists.

Statistics show that women experience sexual assault in public at a shocking level. And in the wake of the #MeToo movement, it has to stop.

Misogyny is not acceptable. It's undoubtedly hate.

#MisogynIsHate is hosting a rally to convince the Greater Manchester Police to recognise misogyny as a hate crime.

Citizens from across Greater Manchester will be coming together to lend their voice to the cause and hear from influential speakers, women with testimony to share and campaigners.

For more information about the Misogyny Is Hate campaign in Greater Manchester, visit Facebook