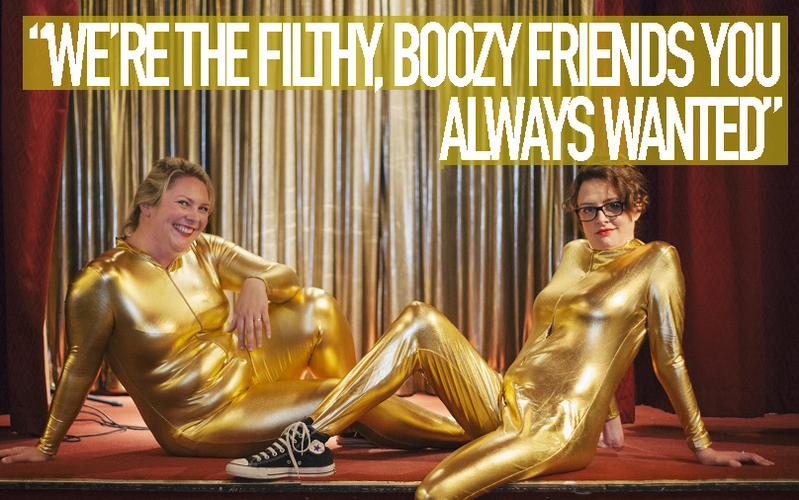 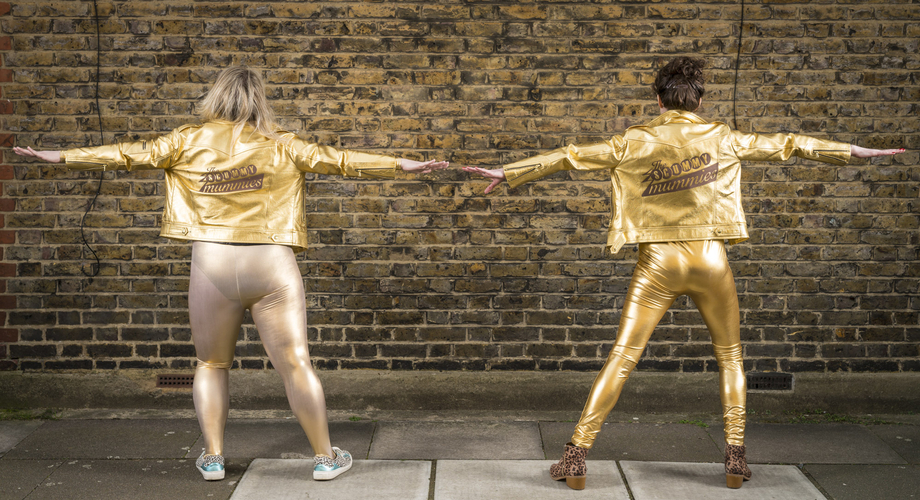 Molly Whitehead-Jones speaks to the comedy duo about 'scummy' parenting, catsuits and annoying the Daily Mail

Comedy duo the Scummy Mummies – otherwise known as Helen Thorn and Ellie Gibson – are famed for their clingy catsuits, their Daily Mail-baiting attitude to motherhood, and, above all, their immensely popular podcast 'for less-than-perfect parents'.

“The last time we played in Manchester, many years ago, was actually in a Thai restaurant, with about twelve people in the audience,” says Ellie, “and they hadn’t served the food by the time we went on so, as we were trying to do our opening number, there were people wandering around with bowls of pad Thai.”

“I believe there was also an over-enthusiastic smoke machine which engulfed the whole audience at the end which was a fitting finale, really,” adds Helen.

“It was definitely one to remember,” says Ellie. “Things have moved on a bit for us since then, though. And we can’t wait to come back to Manchester.”

Having met on the London gig circuit and bonded over their similar comedic styles, Helen and Ellie started the Scummy Mummies podcast back in 2013. They’ve since broadcast more than 100 episodes; the show regularly holds the number 1 spot in the Parenting podcast chart and it was included in The Guardian's 'The 50 Best Podcasts of 2016' list.

When we first started out, there weren’t many people talking in that honest, funny way about parenting

Podcasts were pretty new when we first started,” explains Helen, “and we thought ‘Why not?’. We can stay in our pyjamas, we can drink wine, we don’t have to leave the house... It was amazing how quickly it took off. We’ve had some brilliant guests – not just celebrities but experts who actually know stuff about things as well – and I’ve really enjoyed just meeting all these different people. I usually come away from the podcast pi**ed but also sometimes educated, which is great.”

“It’s basically just sitting round drinking with interesting people, which is one of my favourite things to do in life generally,” says Ellie. “And we get dozens of emails every week from people saying the podcast makes them feel less alone or less isolated or just gives them a good chuckle, which is fantastic feedback. When we first started out, there weren’t many people talking in that honest, funny way about parenting and that’s what people seem to like about us.”

“You can obviously listen to podcasts wherever you are – it’s not like reading a blog where you have to sit and look at your phone. You can stick a podcast on, do a load of washing, have a bath or whatever. People often say they like listening to it when they’re breastfeeding at 3am in the morning. We’re kind of the filthy, boozy friends you always wanted.”

Whilst it’s the “filthy, boozy” side of the Scummies that so many of us love, it’s inevitably angered that most beastly of judgemental beasts: The Daily Mail. Helen and Ellie were amongst the supposedly degenerate mothers set upon by writer Anna May Mangan for enjoying the odd gin and occasionally serving their kids fish fingers for tea. But how did they feel about being featured in her now-infamous ‘slummy mummy’ article?

“We kind of knew that day was coming,” says Helen. “Being called ‘Scummy Mummies’ and being a bit, well, scummy, we thought ‘One day, the Daily Mail will get us’ and they did, and actually we were thrilled about it because the outcome was this positive reaction, with loads of mothers really supporting each other.”

“I think if you’ve annoyed the Daily Mail, you must be doing something right. And we got a lucrative advertising deal with Birdseye out of it too – so any time you want to slag us off, Daily Mail, please be our guest.”

I think if you’ve annoyed the Daily Mail, you must be doing something right. 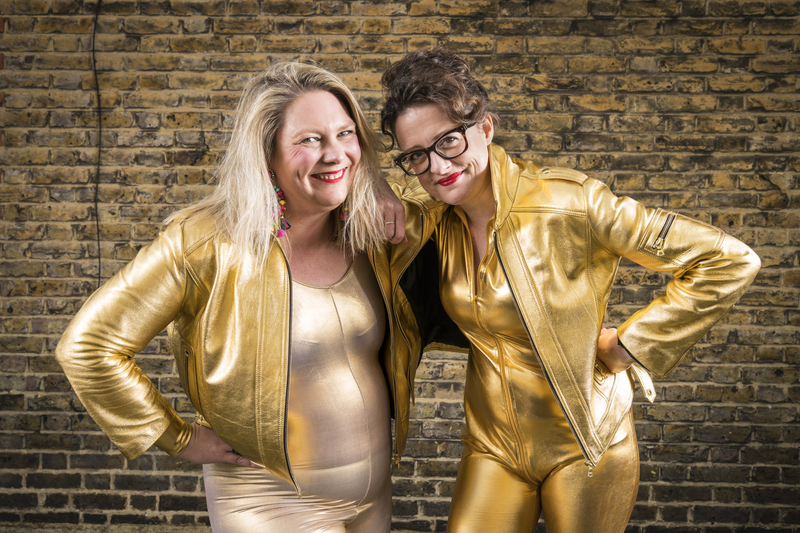 It’s not surprising to hear that the Scummies don’t much care what their detractors think; they do, after all, gladly wear those unforgiving catsuits on stage.

“The catsuits started out as a bit of a joke,” explains Ellie. We just sort of thought ‘oh, that’ll be funny, it’ll look funny’. But you know they did sort of become this signature look, and they really seemed to strike a chord with people. Because they show off all our lumps and bumps – we go out there and start the show in the gold catsuits and it’s like saying to the audience ‘Look, here we are. We’re silly and we’re real women, and this is what we really look like after two children. And you don’t have to feel bad about what you look like because, well, look at us’. I hope we’re still wearing them when we’re 75.”

So, gaudy lycra aside, what else can we expect from their show?

“We do a lot of songs which are very popular,” adds Helen. “We definitely cannot sing but we commit to it –that’s key.”

“And there’s a bit of audience participation – We do ‘Scummy Mummy confessions’ which is when people write their stories of parenting failure and we read out the best one,” adds Ellie.

Coming along to the Manchester gig? Then you best start wracking your brains for your most embarrassing child-wrangling tales so you can properly join in this shameless, blameless, hilarious celebration of all the absurdities that come with being a mum. (Catsuit’s optional, though – and you can definitely leave the pad thai at home.)